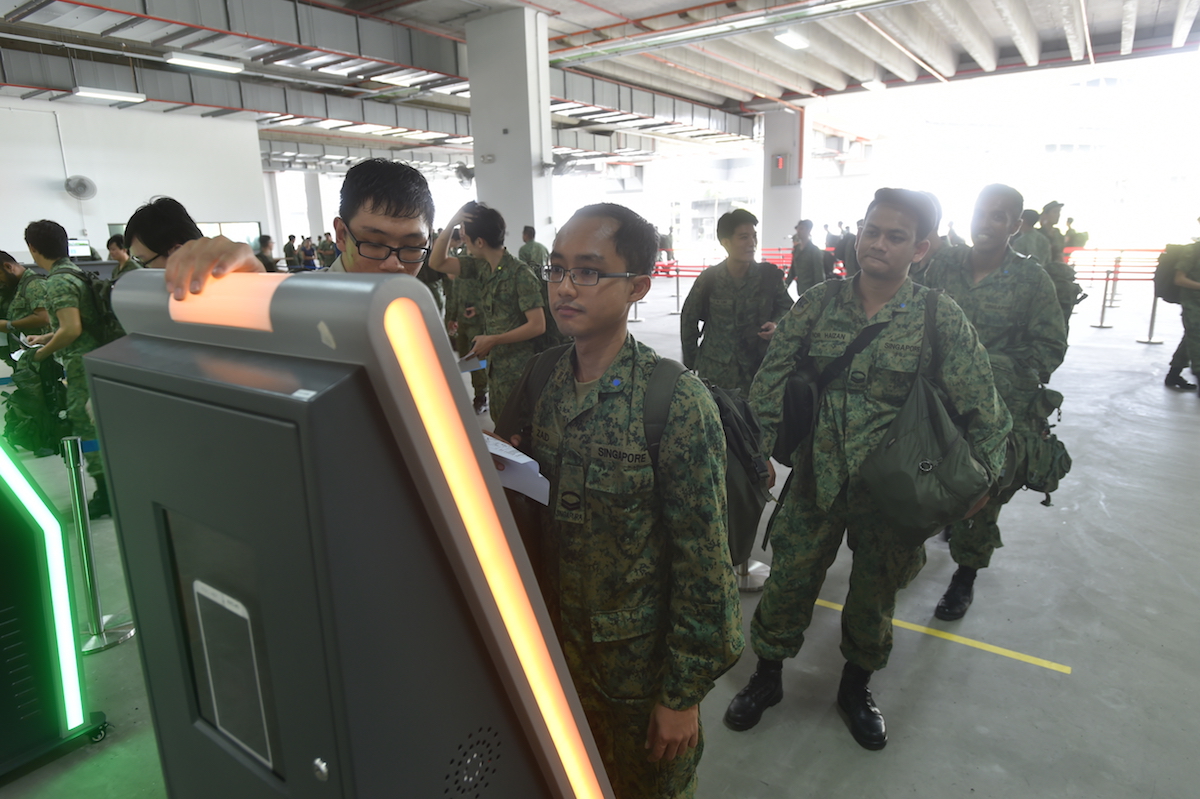 The Army conducted a massive mobilisation and equipping exercise, the largest since 1985, over two days from 26 to 27 Jan. The exercise saw 8,000 soldiers being mobilised at various locations around the island. About 700 vehicles were also involved.

It started with the activation of the 3rd Battalion, Singapore Infantry Regiment (3 SIR) at Selarang Camp on the morning of 26 Jan. The soldiers spent most of the day going through preparatory drills and readying themselves for operations.

Meanwhile, an elite infantry unit - the 3rd Battalion, Singapore Guards - had also been activated at Bedok Camp and were running through their homeland security drills such as baton techniques and restraint manoeuvres.

Before the night was over, 3 SIR received its mission: to support Home Team agencies in containing and neutralising attacks by multiple gunmen at the Singapore Sports Hub.

The soldiers moved quickly, establishing personnel and vehicle checkpoints surrounding the Singapore Sports Hub. All persons and vehicles going into and out of the premises were subjected to stringent checks.

One gunman was apprehended while trying to escape by posing as a civilian fleeing the attack; another group of gunmen were killed by soldiers after they openly challenged security forces and disregarded repeated warnings.

At a vehicle checkpoint, a car that had been asked to turn away suddenly attempted to barge through the barriers. The driver was quickly shot dead and the vehicle grounded to a halt after being ensnared by tyre spikes. The passenger, who was armed, was also quickly apprehended and the car thoroughly searched for any other threats.

This MEC, the latest of its kind, houses everything that a National Service unit needs to be ready for operations. There are self-service kiosks that make the in-processing process a breeze for NSmen. After scanning their identity cards, they receive a slip that lists the weapon and various equipment they are required to draw.

Other innovations in the sprawling complex include Controlled Humidity Environment storage facilities that keep vehicles in operational condition, ready to move out at any time.

Over at Sungei Gedong Camp, NSmen from the 487th Battalion, Singapore Armoured Regiment, were also mobilised. They conducted similar preparatory drills to prepare their armoured vehicles for operations.

He added: "This year included the anti-terrorism exercise that we conducted together with the Singapore Police Force I think Singaporeans have the confidence that the Army is ready and NSmen are committed and ready to be equipped to fulfil their missions."

During his visit, Dr Ng was briefed on the Army's mobilisation system and observed NSmen going through in-processing and equipping of personal weapons and equipment, before undergoing refresher training on soldiering fundamentals.