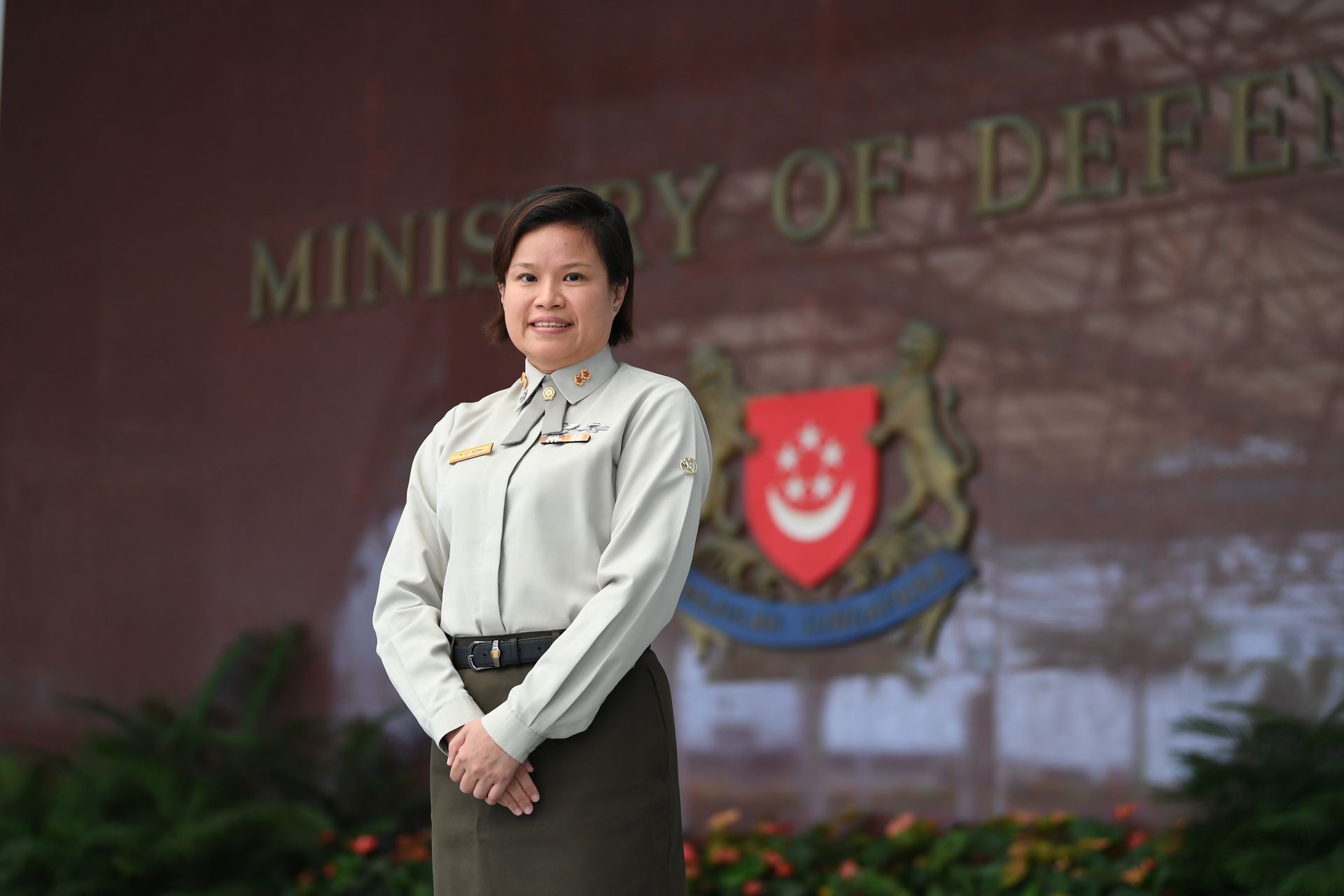 Playing her part for defence

English Melayu
LTC Soh was part of the team who developed the SAF’s pixelised combat uniform.

When she joined the Singapore Armed Forces (SAF) in 1998, Lieutenant Colonel (LTC) Elizabeth Soh did not expect herself to be involved in a project that would impact the entire SAF.

In 2006, she joined the team that was tasked to improve the SAF's combat uniform. The result? The current pixelised combat uniform worn by all SAF soldiers today.

"The two-year journey saw us working on various ways of how we could improve on the previous combat uniform," said LTC Soh.

"There were three key aspects that we took note of and eventually improved upon – the placement of the epaulettes, the print, as well as the material used.

"We used computer algorithms to develop the pixelised print, and we improved on the material used to make the uniform, to make it more comfortable for our soldiers during training and exercises."

The pixelised combat uniform that is currently being used by SAF soldiers. (File photo)

The SAF eventually introduced the pixelised combat uniform in 2008 but the development team's work did not stop there.

"The uniform is such a personal item to any soldier, and we understood that it was a very drastic change in terms of the print. Some of the anecdotal feedback (we received) was that we looked like walking watermelons," said LTC Soh with a laugh.

"We knew that it was going to take some time to communicate and educate our soldiers about the functional design and material development of the (new) uniform. Over time, our soldiers understood and were able to appreciate the features of the uniform."

LTC Soh's role was to plan the implementation and equipping of the pixelised uniform for the entire SAF.

"The entire equipping process took about four to five years, and those years were very fulfilling - I'm implementing a more effective product for our soldiers, and it really makes me proud when I put on my uniform every day, knowing that I was part of it."

In recognition of her contributions, LTC Soh received the Commendation Medal (Military) from Permanent Secretary (Defence) Chan Yeng Kit at the National Day Awards Investiture, held on 15 Nov at the Ministry of Defence.

A total of 115 Commendation Medals, 142 Efficiency Medals and 504 Long Service Medals were awarded to military and non-military personnel this year.

"I am grateful for my supportive family - both my parents and my sister are always there for me," said LTC Soh. "I am also thankful for my colleagues and mentors who shared their experiences and gave me advice to help me overcome any obstacle to achieve mission success."

The 40-year-old is currently the Branch Head, General Staff (Training), and she oversees the training development for the Army.

"Our country is small and is limited in terms of land space, so my team and I look at the middle- and long-term training development needs of the Army.

When asked what was the defining moment of her 20-year career in the SAF, she said: "Being the Commanding Officer of 3rd SAF Transport Battalion from 2014 to 2016 was truly a privilege and an honour.

"I have been very blessed during my time in service, and I have had many opportunities to do different types of projects, and lead and manage soldiers."