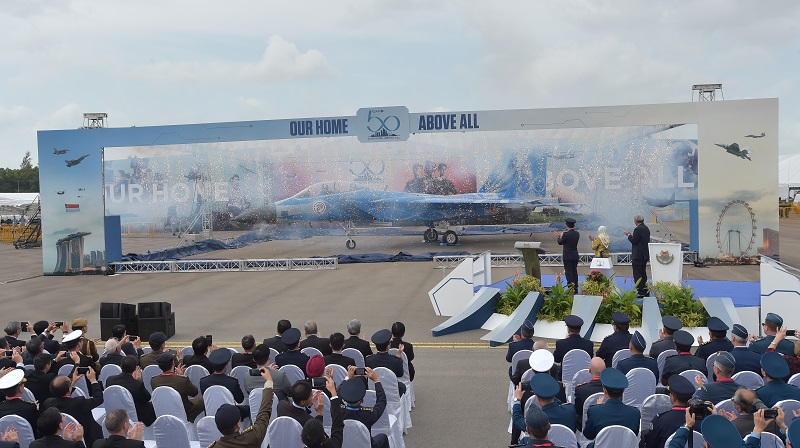 Formerly matt-grey, the aircraft is now an eye-catching shade of blue. The RSAF50 logo, in which the number 50 was designed to resemble an infinity symbol, is painted on top, and on the tails of the blue-based F-15SG.

The RSAF s aerial display at the Singapore Airshow (SA) 2018, featured an F-15SG with the special paint scheme alongside two F-16Cs.

During her address, Madam Halimah commended the men and women of the RSAF for helping Singapore to grow from having almost no air defence capability to becoming a formidable force which can respond swiftly and decisively to a full spectrum of threats. In particular, she thanked the RSAF pioneers for laying a strong foundation.

She said: "To all the airmen and women who have made the RSAF s success possible, I thank you for your professionalism and unwavering commitment. I am confident that the RSAF will continue to keep our skies free and secure."

Madam Halimah also toured the RSAF static display and launched the commemorative RSAF50 Mural at the RSAF50 Pavilion. When completed, the mural will feature a montage of 50,000 photos contributed by Singaporeans collected during the various RSAF50 celebratory events.

Over the next few months, the RSAF will be showcasing their assets at five heartlands locations. Come the National Day weekend, Singaporeans will also be treated to a fly-past of more than 20 aerial assets as well as aerial displays by the F-15SG, F-16C/Ds and AH-64Ds.

For more information on the celebrations, visit www.mindef.gov.sg/RSAF50. 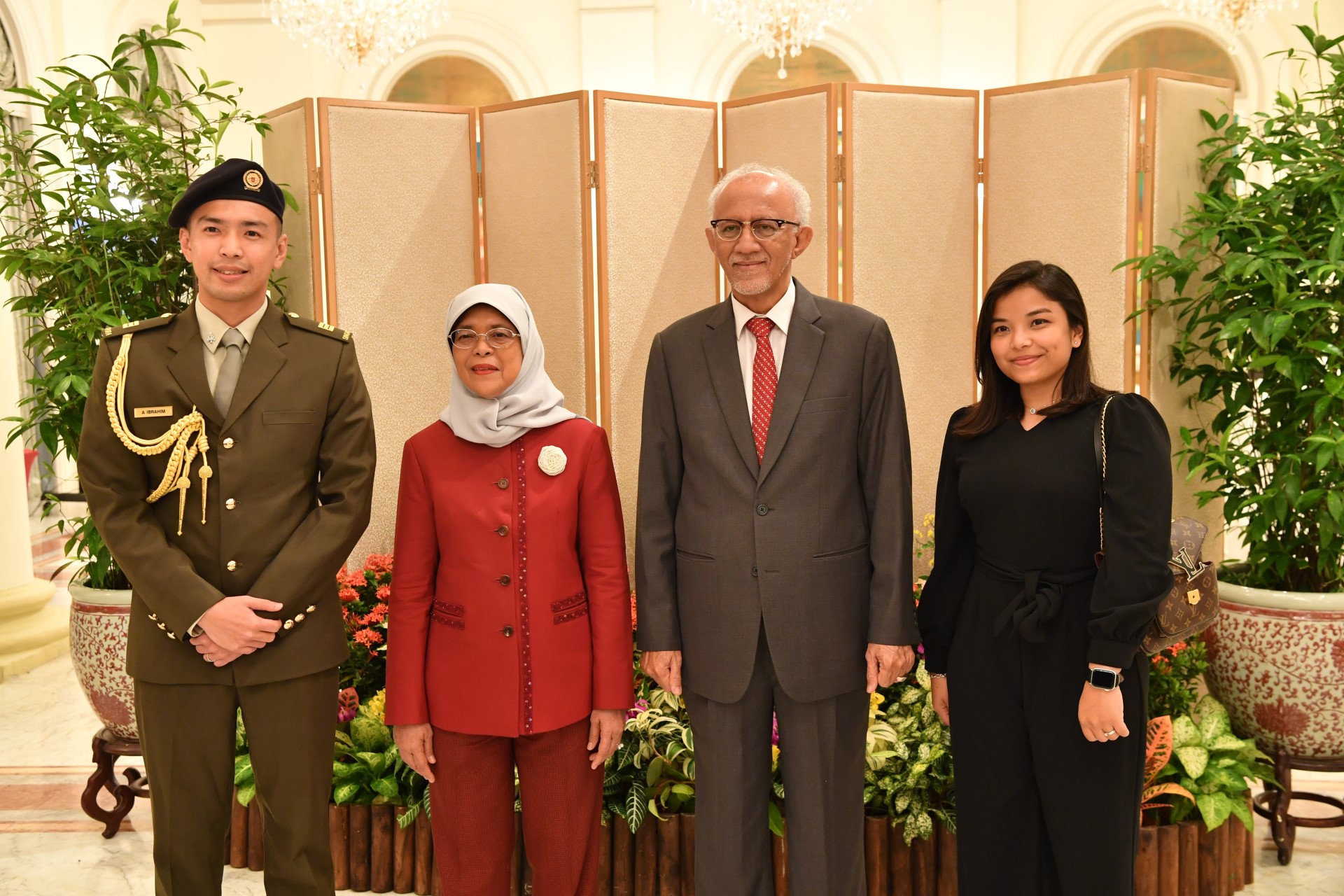