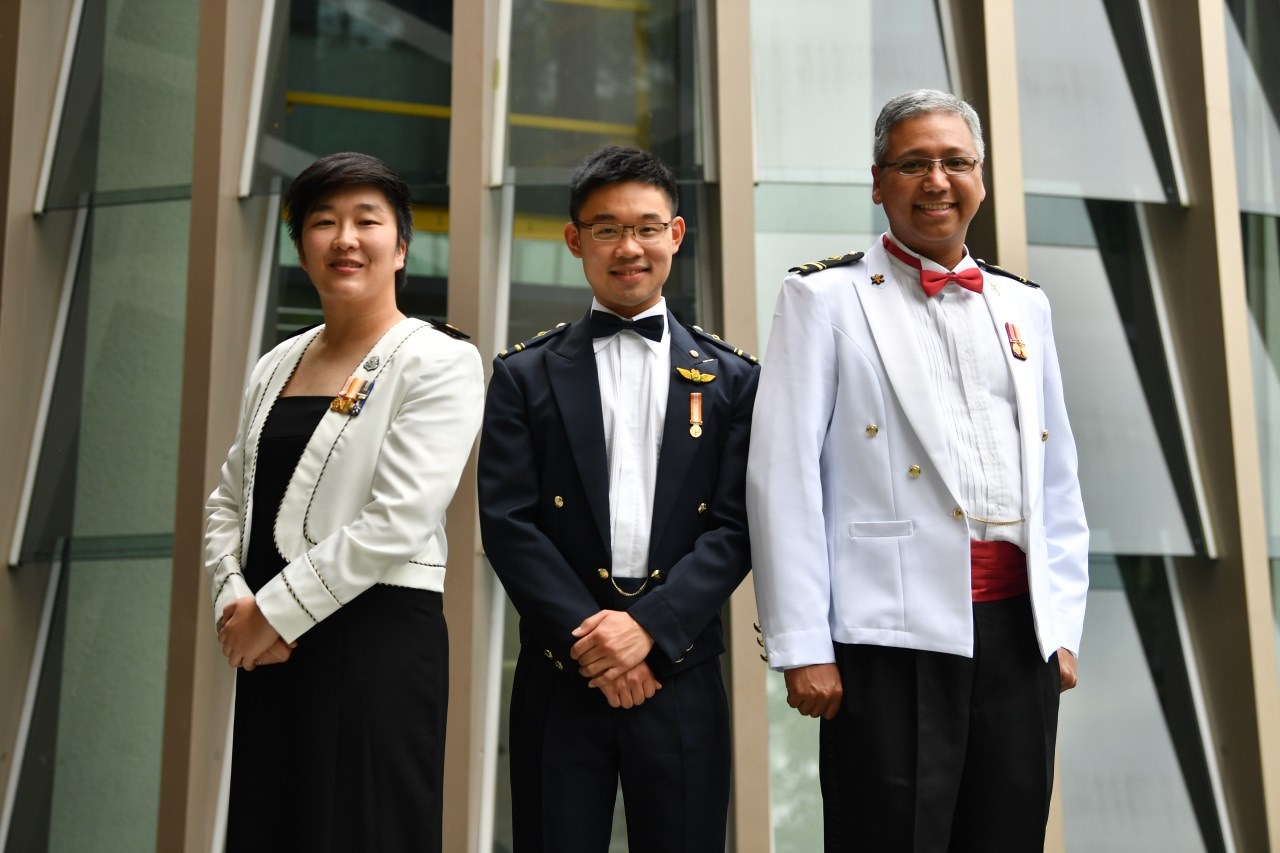 She was chief of communications on board Landing Ship Tank RSS Endeavour during the Navy's counter-piracy effort in the Gulf of Aden.

Back in 2011, Military Expert (ME) 4 Shaune Lin, then ME2 Lin, was in charge of all communications planning and systems maintenance on the ship. Over the four-month-long deployment, she led her team to achieve zero Readiness Condition, meaning they did not have any downtime during the mission.

"The mission deepened my belief in why I want to serve; we cannot take our peace and security for granted and what happens out there might (happen to us)," said the 35-year-old naval engineer.

With her graduation from the Military Domain Experts Course (MDEC), ME4 Lin will serve in the Communication Intelligence Systems Branch to provide support for ship systems at Tuas Naval Base.

The course gave her a good understanding of the Navy's requirements from a big-picture point of view, which prepared her for her new role, said ME4 Lin.

ME4 Lin was among 89 personnel who earned their ME4 ranks and were appointed as senior MEs in a ceremony held on 19 Dec at the Temasek Club.

At the ceremony, Senior Minister of State for Defence Heng Chee How spoke about the importance of grooming domain experts in the Singapore Armed Forces (SAF). "In the face of increasingly complex security challenges, the depth of knowledge in various fields including intelligence, engineering and cyber defence is a need. It's no longer just a good-to-have," he said.

He also highlighted SAF's MEs in cyber defence roles: "(We have) recruit(ed) those with relevant qualifications as well as experts from the cyber defence industry. The demands on our MEs are high as they are constantly on the front line in the cyber world."

He noted that over 1,000 senior MEs have graduated from the course since it was launched in 2010.

This year's graduands included 12 from the Army, 39 from the Navy, 20 from the Air Force and 18 from the Joint service.

Receiving the Air Force Best Trainee award was ME4 Benjamin Ng, who saw MDEC as a meaningful way to pursue his interests in military engineering.

The 24-year-old said the 5.5-month-long course for Air Force Engineers prepared him for his role in leading a team of engineers and technicians. He will be posted as an Officer-In-Charge of an engineering squadron.

On his biggest takeaway from the course, he said: "It would be the attitude of excellence…not just in terms of engineering rigour and operational thinking, but also in leading our team.

"(We learnt) to make decisions with confidence, and (to) respect and value our team's experience," said ME4 Ng, who has a Masters in Electrical and Electronics Engineering with Management.

For ME4 Michael Pillai, the Expertise Conversion Scheme was a chance to contribute his civilian skills as a counsellor of 15 years, and to become a senior ME.

The Operationally-Ready National Serviceman took on the role of an SAF counsellor after he finished his NS obligations in 2014.

ME4 (NS) Pillai, whose day job is a superintendent in a welfare home, now conducts paracounselling training for SAF leaders – from teaching them to handle agitated soldiers to helping them develop their soldiers professionally.

On the importance of paracounselling training, the 44-year-old said: "By training the commanders in basic skills, they can suss out the issues that the soldiers may be facing.

"Since I am trained in mental health, I hope that my skills and knowledge may be useful in contributing to the SAF."