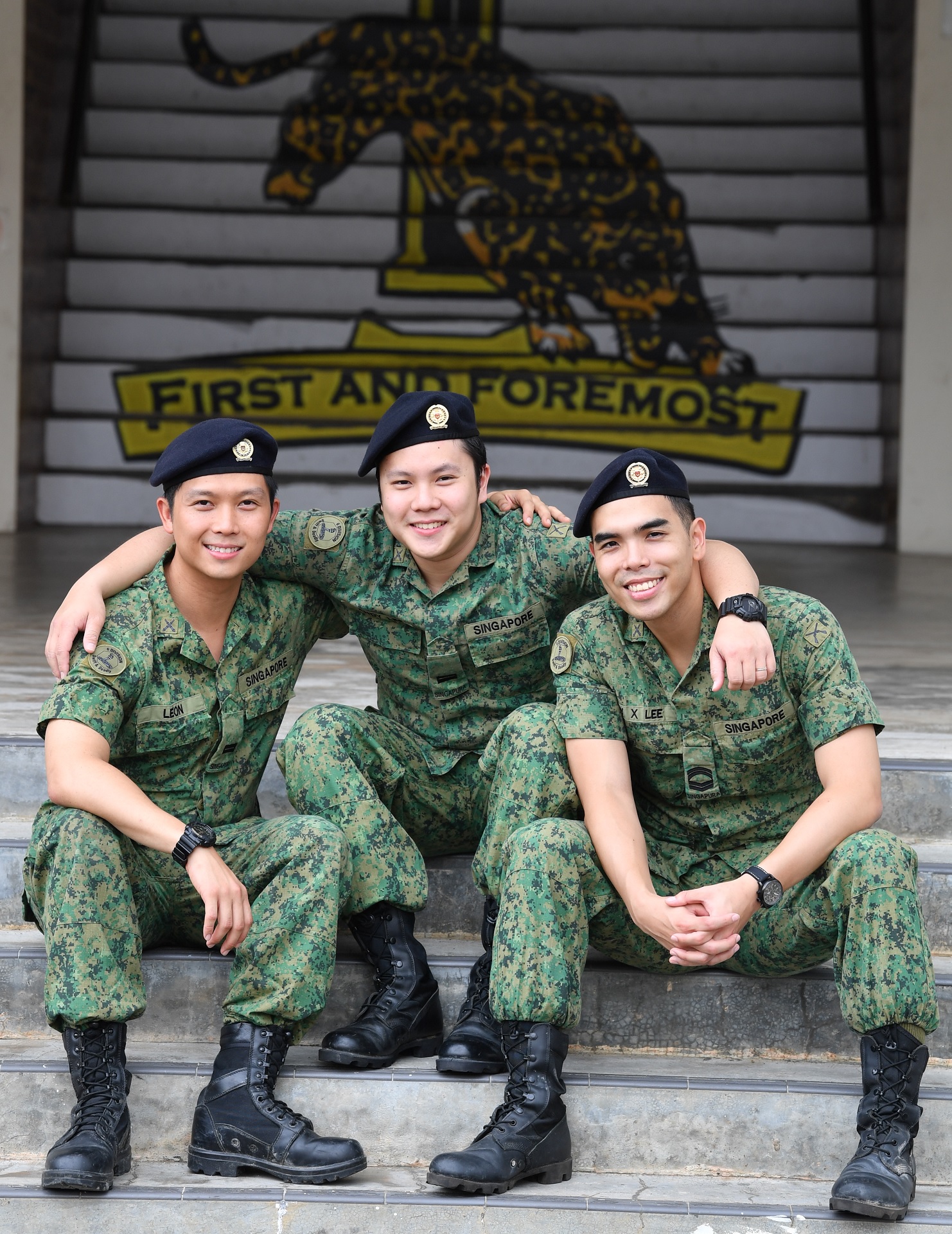 The best of the SAF

What does it take to create a winning battalion?

To Lieutenant (LTA) (NS) Leon Cross, a soldier in this year's Best NS Infantry/Guards Unit, it's teamwork and having individuals who are successful in their own right.

"These are men who are not just winners in the green uniform, but outside too – whether it's in their families or in their own professions," said the Fire Support Officer (FSO) in 772nd Battalion, Singapore Infantry Regiment (772 SIR). The 30-year-old Operationally Ready National Serviceman (NSman) is a father of four and runs a chain of spas in Batam.

"When you have good men coming together to work for a common goal, great things can happen. We’re very privileged to be part of that team."

The men also agree that they have commanders who foster a culture of winning.

"When you're this driven, the motivation you have will be passed down to the men. They will want to do more and achieve more. And this level of motivation (in turn) feeds the commanders," said the 30-year-old, who is a business development manager in Rim Polymers Industries Private Limited.

The NSmen of 772 SIR, who recently completed their seventh In-camp Training (ICT), are celebrating their battalion’s second win (the first was in 2016) in the Singapore Armed Forces' (SAF's) annual Best Unit Competition.

And they believe that what keeps them committed is the active two-way communication between commander and man which ensures that their opinions are valued.

"It's not like a commander and man hierarchy – we are a team. We do this together," said the 30-year-old Relationship Manager in Citi Commercial Bank.

This open communication extends beyond training. When LTA (NS) Lee's wife gave birth just weeks before his ICT last year, he approached his commander for advice.

"Many people would defer ICT (but) I didn’t want to miss ICT or the first milestone of my new family. So we made arrangements, so that I could still be back home most days," explained LTA (NS) Lee.

The reason I came back for ICT was the group of people I was with. You’ll feel like you're letting them down if you don’t put in effort too."

This year, they managed to clinch the award once again, for the 15th time running. It is also Lieutenant Colonel (LTC) Ng Kiang Chuan's second BCU win as Commanding Officer (CO) of the unit.

While their hard work has paid off, LTC Ng reiterated that the unit’s objective was not to win the award: "We are not just training for (the ATEC) evaluation (or) BCU. We want to do well because this…evaluates our way of doing operations. We want to get it right (and) know very accurately where we stand if one day we are called for an operation."

Working with commanders who are Full-time National Servicemen (NSFs), LTC Ng keeps a close watch on their training plans to make sure they meet guidelines.

"We have very clear safety guidelines to help our soldiers," he explained. "(For) high risk training and strenuous activities, they will do a brief…and I will approve their plans."

The efforts of the commanders have paid off, with NSFs like Corporal (CPL) Joshua Ng seeing them walking the talk.

Said the 20-year-old combat medic: "They definitely lead with actions, not just words. Even in the small things, the sergeants will get the ball rolling. They set positive examples and don't take shortcuts, especially when it comes to regimentation and discipline. So there's always accountability in the things they do."

Said the 22-year-old NSF: "When we (begin) an exercise, we know that there's no turning back. As a leader, in order to help my men push on and not give up, I will take the load from them once in a while so that they have more rest. We do everything together, (so that) we earn our red berets together."

It’s been an especially busy year for Best Fleet Unit winner RSS Stalwart. The crew of the frigate spent a total of 103 days out at sea, participating in exercises such as the 6th Western Pacific Naval Symposium Multilateral Sea Exercise and Singapore’s first International Maritime Review in 2017.

But the feather on the unit's cap had to be its participation in the inaugural Exercise Pacific Griffin (XPS), a bilateral exercise with the United States Navy (USN) conducted off the waters of Guam.

"XPG was of special importance because that was the first bilateral exercise we did with the US. It expanded our operational capabilities (and) enabled us to conduct our own missile firings off the island of Guam," explained CO LTC Aaron Li.

"(The RSN and USN) got to learn a lot from each other. And despite us being much smaller, we managed to impress them and provide value as well," added the 35-year-old.

For junior crew member Military Expert (ME) 1 Juliana Ang, the six-week sail was her longest deployment to date. But the Communications Operator, who was in charge of the ship's communications system and maintaining contact with shore, knew she was part of a historic moment.

"I was extremely proud because it was the first time we did a designated time-on-target missile firing (together with our sister ship RSS Supreme). It was a milestone for us and for the Navy – the moment we knew the Harpoon missile had been fired off and it was a success."

Although the ship won the award once in 2010, this was ME1 Ang's first time winning as part of the crew.

"To me, it's hard work (that has) paid off. It's a lot of time away from family, but when you see everything going according to plan, there's a sense of achievement for me and the whole ship," said the 31-year-old.

As CO LTC Edwin Koh explained: "My 'contract' with (the crew) is simple: I provide them the environment to deliver the (desired) standards, they repay me with those standards, and we achieve mission success."

But LTC Koh also emphasised that this demand for high standards must not be achieved at the expense of the crew’s health and safety. To remind his squadron of this, he has put in place a slogan that’s close to their hearts – "Daddy, Come Home Safely".

Said the 39-year-old: "I told them to hold it to their hearts…(and) remember that phrase so that we can get home safely, while we continue to uphold our standards.”

The airmen of 149 SQN have also been flying the RSAF flag high at international events over the past year. ME2 Ananth Kumar Saravanan recalled several memorable experiences showcasing his squadron to the world.

"One of my most memorable experiences was when 149 SQN attended the Langkawi Air Show in 2017. I had the opportunity to meet the royal families of Malaysia, so it was an eye-opener," said the 33-year-old Air Force Engineer.

"I was also given the opportunity to meet President Halimah Yacob during the Singapore Air Show 2018. I was very proud of being part of the RSAF, especially 149 SQN, when I unveiled the RSAF50-painted F-15SG to her."

With the award returning to the squadron after a five-year hiatus, LTC Koh has this to say to his people: "I'm extremely proud, not just of the unit, but the team of committed and professional Regular, NSF and NSman aircrew and ground crew. It's good to be winning the award again after five years."