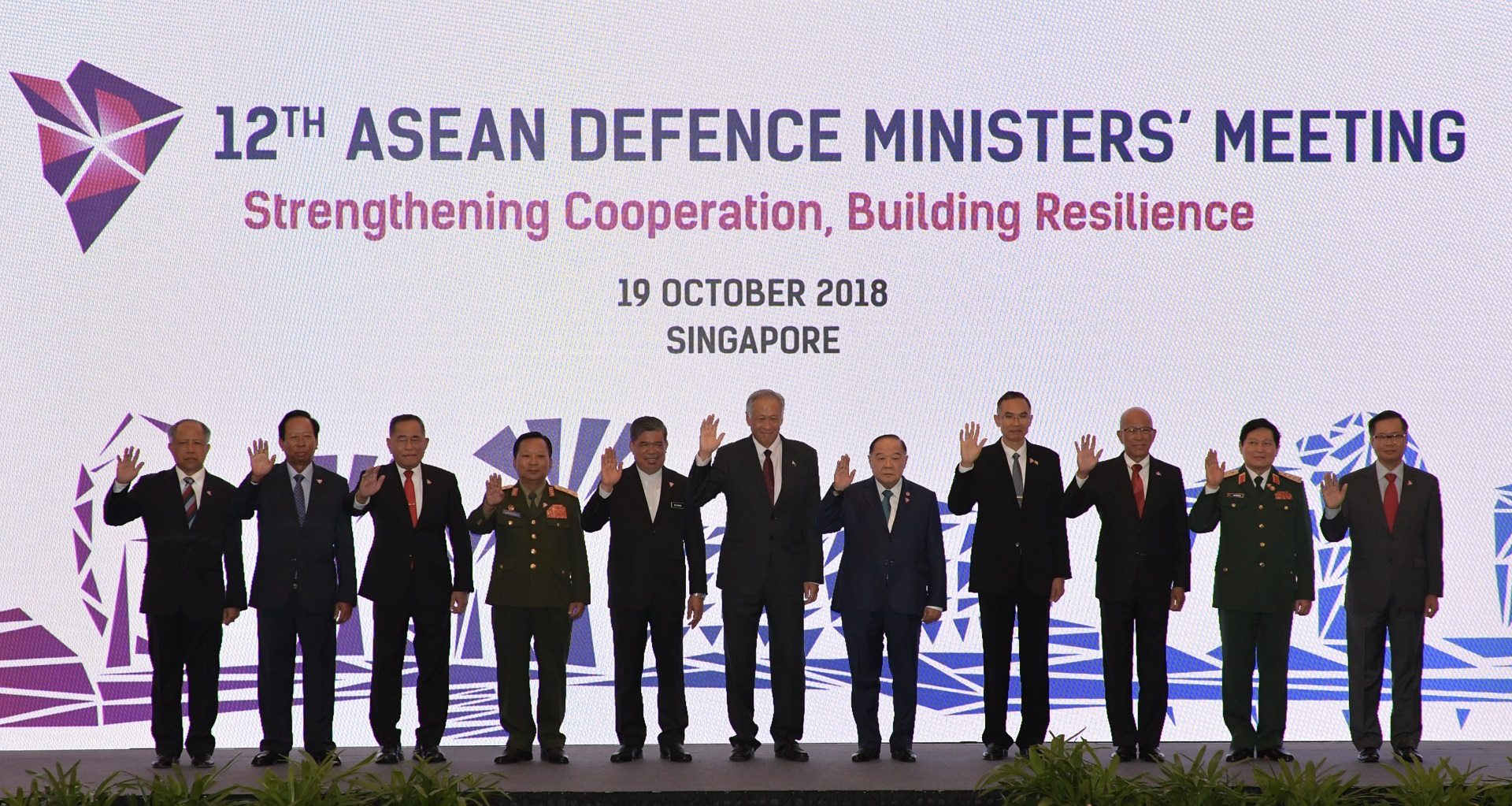 The 10 ASEAN defence ministers have signed off on the world's first multilateral Guidelines for Air Military Encounters (GAME) to improve the operational safety of air lanes.

The new code applies to unplanned encounters between military aircraft over high seas and describes the need for communicating appropriately, maintaining a safe distance and avoiding reckless manoeuvres.

This framework also complements the Code of Unplanned Encounters at Sea (CUES), a protocol to reduce the chances of incidents in the maritime domain.

This was among the other two initiatives that Minister for Defence Dr Ng Eng Hen had called for as chairman of the ASEAN Defence Ministers' Meeting (ADMM) earlier this year, namely enhancing counter-terrorism (CT) cooperation, and building ASEAN's capabilities against Chemical, Biological and Radiological (CBR) threats from terrorist groups and rogue states.

The signing of the Joint Declaration took place at the 12th ADMM held on 19 Oct at the Shangri-La Hotel. The 5th ADMM-Plus is being held today. The eight Plus partners are Australia, China, India, Japan, New Zealand, the Republic of Korea, Russian Federation, and the United States (US).

Elaborating on the declaration, Dr Ng said that the ASEAN ministers have agreed to adopt Indonesia's "Our Eyes" Initiative as the information-sharing platform for CT amongst all ASEAN member states and welcomed Singapore's "Resilience, Response, Recovery" framework to guide the efforts. The ministers also recommended hosting CT symposiums on a regular basis to address the threats.

In the area of CBR, Dr Ng shared that the ASEAN ministers have adopted Singapore's proposal for an ASEAN-wide network of CBR defence experts to better share best practices and make quick contact during crises.

On the sidelines of the ADMM, Dr Ng also held two ASEAN informal meetings with China and the US.

Noting that the ASEAN-China Maritime exercise will be held next week in Zhanjiang, China, Dr Ng said that China is a strong partner of ASEAN and looked forward to China's participation in the ADMM-Plus.

In his first meeting with the ASEAN defence ministers, State Councillor and Minister of National Defence General (GEN) Wei Fenghe said that China was committed to building closer ties with ASEAN.

"The world is developing rapidly and undergoing profound changes and adjustments. China and ASEAN are important forces in maintaining peace, promoting development and deepening cooperation in the Asia-Pacific region," said GEN Wei.

Over a lunch meeting with US Secretary of Defence James Mattis, Dr Ng emphasised the importance of the US' continued engagement of the ASEAN region.

Mr Mattis replied with a reaffirmation of the US' commitment in the region and welcomed the conduct of the inaugural ASEAN-US maritime exercise, to be held in 2019.

He said: "For more than 40 years now, ASEAN and US' engagements have been a binding force… and we are committed to continuing this in the future. The US is and will be forever an Indo-Pacific nation, and our interests in the region are inextricably intertwined."

In his opening address at the ADMM gala dinner, Dr Ng said: "It's not possible for all of us to agree on everything but this must not stop us from finding common ground to build trust and find a way forward… We want to keep our citizens safe and make the world safer. And I'm sure that binds us all." 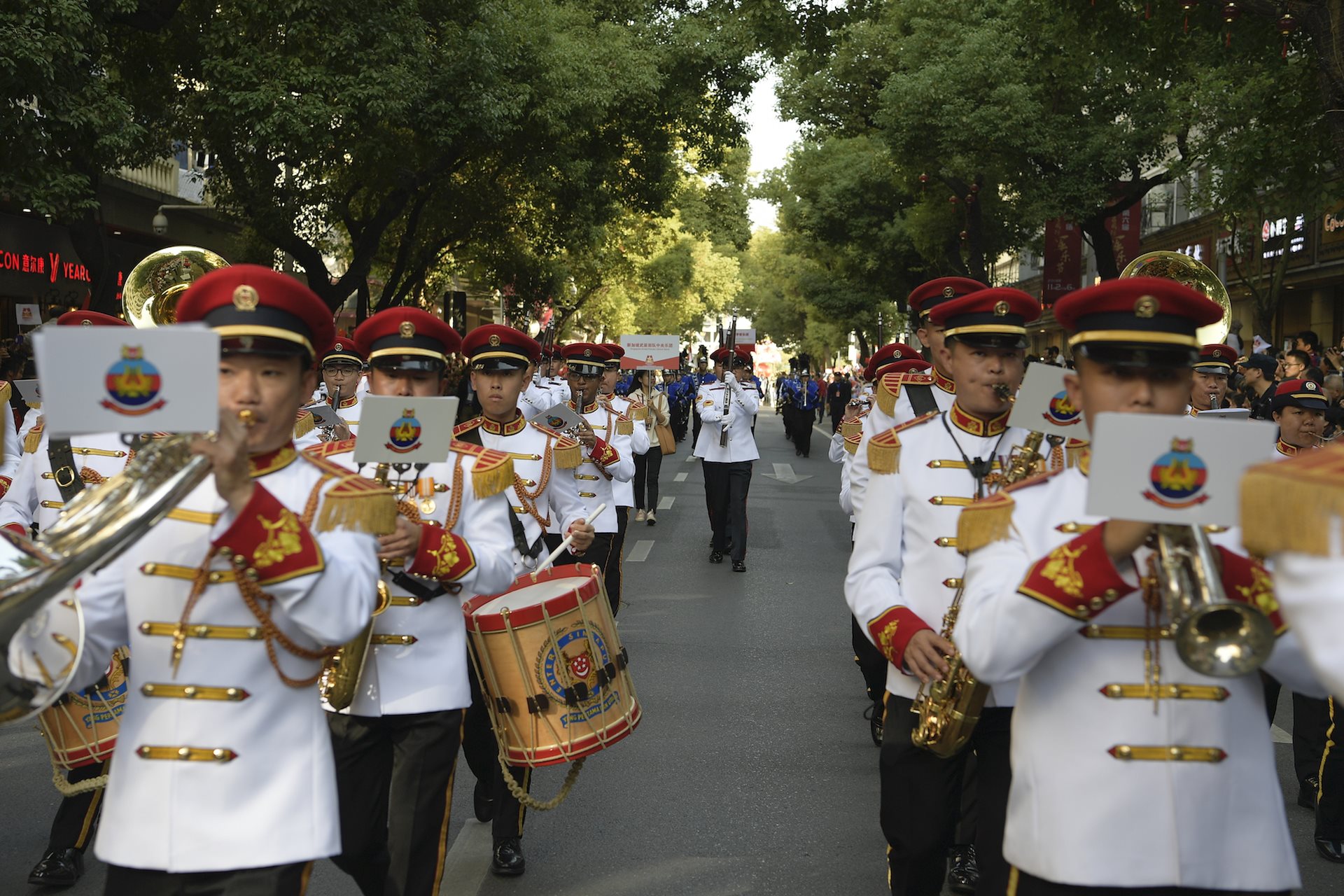