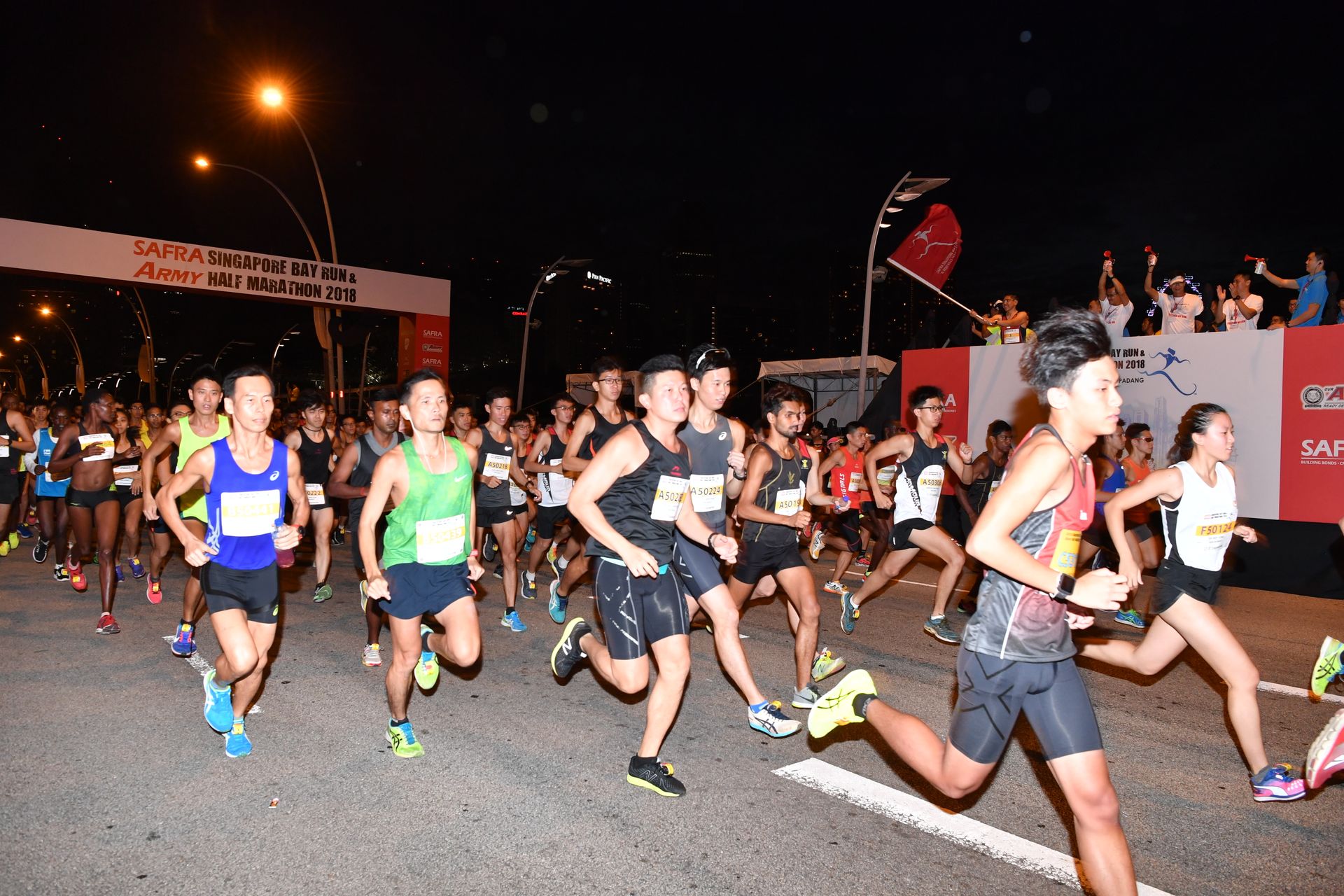 In the wee hours of 26 Aug, while many Singaporeans were still sound asleep, participants of the SAFRA Singapore Bay Run & Army Half Marathon 2018 (SSBR & AHM 2018) were already up and raring to go.

More than 40,000 participants took part in this year's event, which was jointly organized by SAFRA and the Singapore Army. The event featured four categories: the 21km Army Half Marathon, SAFRA 10km Race, SAFRA 5km Fun Run and Families for Life 800m Challenge.

Participation among families of Singapore Armed Forces (SAF) National Servicemen reached a record high of over 7,400 family members this year - an increase of 40 per cent from 2017.

Another first at this year's event - more than 3,600 participants of the Families for Life 800m Challenge broke the Singapore record for the "Largest number of participants wearing masks at a mass run".

Among the participants were Lieutenant (LTA) (NS) Umeer Hyder and his family, who took part in the Families for Life 800m Challenge.

"My family and I thoroughly enjoyed the event," said LTA (NS) Umeer. "My kids were excited to participate in the challenge, and my wife and I were also happy to bring the kids for a healthy activity on a Sunday morning."

"We enjoyed this year's Superhero theme, and breaking the record added a nice touch to the event. My family and I would definitely participate again, and I will also encourage my friends to bring their families to take part too!"

Fellow participant Jeremy Huang voiced similar sentiments. "My family and I enjoyed the run and the atmosphere was great," said Mr Huang. "It felt good to be part of a record-breaking challenge, and my family and I would definitely come back to participate!"

"A few days before the race, I had some back pain which did not subside by the actual race day. My only recourse was to apply analgesic gel and hope for the best."

"I didn't specifically train for this event, but I usually do easy runs at a leisurely pace about four times a week because I enjoy running. I suppose the constant running ‘maintenance' helps!"

"I would want to participate in the SSBR & AHM in the following year - it's a great time where I get to catch up with many friends in the SAF."

Also at the event was Minister for Defence and Chairman of the SAFRA Board of Governors, Dr Ng Eng Hen, who presented the trophy prizes to the winners of the half marathon.