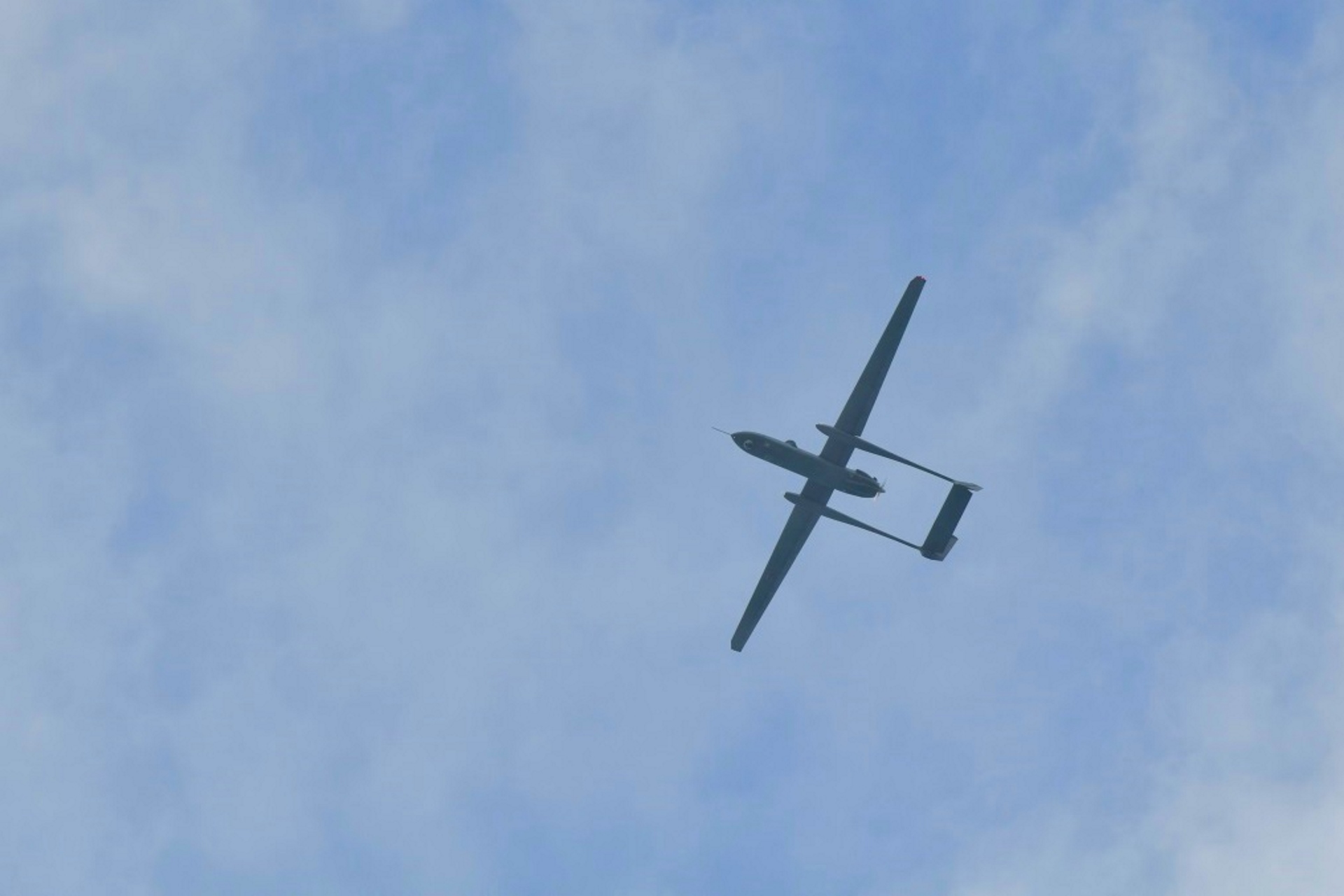 RSAF50@Marina Barrage: 5 things to look out for

To mark its golden jubilee, the Republic of Singapore Air Force (RSAF) is putting up its largest aerial display of the year at the Marina Barrage.

RSAF50@Marina Barrage aims to bring the air force and its aircraft closer to the audience, said Chairman of the Flying Display Committee, Lieutenant Colonel Nick Wong.

"One of our design considerations was for the audience to take a closer look. We will try to use the entire Marina Barrage as a wide frontage, as we anticipate that Singaporeans will be spread over the entire (area)," he said.

Minister for Defence Dr Ng Eng Hen witnessed a preview of the show on 7 Aug, where he also interacted with past and present RSAF personnel and their families.

The public shows will take place over the National Day weekend on 11 and 12 Aug. There will be two show timings on both days, at 10am and 2.30pm, each lasting 30 minutes.

Here are the highlights not to be missed:

1. Not your usual drone

The pre-show item features an unmanned aircraft for the first time, with the Heron 1 Unmanned Aerial Vehicle (UAV) teasing the audience with a low-level flypast.

The flypast will showcase the Heron 1's ability to evade detection from the ground, said its pilot Captain (CPT) Winifred Chong.

"First, we will fly at a higher altitude to show its capability to evade detection. And when (it's time), we will start to descend and...go as low as 1,000 feet - the lowest altitude that the Heron-1 has flown in an urban context.

"The audience will be able to hear that the Heron 1 makes minimal noise (even at that level)," she said.

2. Biggest fleet of the year

The show will begin with a sequential flypast of 29 aircraft.

These include 25 RSAF assets and four DA40 trainer aircraft from the Singapore Youth Flying Club, in a total of five formations.

Each formation will be about 60 seconds apart and the aircraft will fly at altitudes between 500 to 2,000 feet.

Audiences can expect to see favourites such as the CH-47SD Chinook helicopter and KC-135R air-to-air refuelling tanker, among others. The C-130 Hercules aircraft will also be taking part – with an Operationally Ready National Serviceman pilot at its helm.

An airline pilot, Major (NS) Manmohan Singh has been rehearsing every week since the start of July for the show. "Having an employee who recognises the importance of National Service commitment really helps. So when I was approached to do this for the (anniversary) flypast, I took up the opportunity to do it."

The final flypast formation will feature six F-15SGs roaring past in a delta formation.

A show highlight will be two AH-64D Apache attack helicopters doing an aerial display together for the first time to execute 10 synchronised manoeuvres.

During the seven-minute performance, audiences can catch moves such as the Cross Dagger, where the AH-64Ds cross and make a 90-degree turn at the show centre; and the Wingover, where each AH-64D pulls up into a climb and rolls 90 degrees on its side before entering a sharp dive.

On synchronising the manoeuvres with another helicopter, AH-64D pilot Captain Inkiriwang Reeve said: "With two aircraft, it's not just double the difficulty – the difficulty exponentially increases because there are so many additional factors that affect us."

"As the wingman of my lead pilot, I have to (follow his momentum) and also correct my flying parameters for the ever-changing winds and environmental conditions," he added.

An F-15SG, decorated in RSAF50 blue livery, and two F-16Cs will be executing 18 manoeuvres to wow audiences.

The F-15SG and two F-16 jets performed together for the first time at the Singapore Airshow in February, but this display will include five new manoeuvres.

The fighter aerial display team will also see the addition of F-15SG pilot Captain Pee Jun Yong, who will be flying the aerial display for the first time.

"For normal operations, training is more mission-oriented. For the aerial display, the primary goal is to provide a good show for the audience so the way we train is different... I feel truly honoured to be able to fly the blue RSAF50 aircraft for our anniversary," he said.

5. Sea of blue at the Barrage

To celebrate the RSAF's 50th birthday together, the public is encouraged to be dressed in blue, representing the skies that the RSAF protects.

The RSAF has also set up various photo-spots for the public to snap shots and remember the event by.

Meanwhile, Families for Life will be organising a picnic on 11 Aug, where there will be kid-friendly activities such as paper plane-making and parachute play.

For safety reasons, the Civil Aviation Authority of Singapore will enforce a temporary restriction of aerial activities such the flying of drones and kites during that weekend.