This year's National Day Parade (NDP) theme – We are Singapore – aims to unite Singaporeans to be proud of "who we are, where we have come from, what we have overcome, and what we aspire to be together".

The theme, which was unveiled on 22 May at The Marina Bay Floating Platform, also unites the new logo and song – typographic and musical versions of the theme.

At the event, NDP 2018 executive committee chairman Brigadier-General (BG) Alfred Fox said: " 'We Are Singapore' represents the collective voice of Singaporeans proudly declaring our past, present and future, a pledge of unity and togetherness among Singapore's diverse cultures and origins."

Local singer-songwriter Charlie Lim wrote new lyrics for the beginning of the classic NDP song We Are Singapore. This was to incorporate the younger generation's thinking, while engaging the older generation with the original, memorable chorus.

Explaining the NDP committee's brief to him, Mr Lim said: "They wanted to refresh the song which was written in 1987 and was very relevant for its time, but I think now we want to look at things through like a younger generation's perspective."

Asked what he hoped for Singaporeans to take away from the song, Mr Lim said: "Be proactive and take ownership. And quoting from my own lyrics: Be the change you want to see."

For inspiration, Mr Lim spent a week doing research and watching YouTube videos of old NDP songs. He then penned the new lyrics, and recorded a demo in his bedroom. This was later used in the official track.

"We actually tried recording it in the studio, but decided that it had a better performance and came from a more heartfelt place," he said.

This year's parade will be held at the Marina Bay Floating Platform on 9 Aug. Among the highlights is the first-ever combined aerial jump by the Singapore Armed Forces’ naval combat divers and Red Lions parachutists.

Spectators will also be treated to an enhanced aerial flypast and display, in commemoration of the Republic of Singapore Air Force's 50th anniversary this year.

NDP 2018 will see the largest number of participants and the largest military tattoo display to be held at the floating platform. The Combined School Choir will also be making a comeback after a five-year break.

Organised by 3rd Singapore Division, together with agencies from the private and public sectors, NDP 2018 will involve 14,000 participants, volunteers and personnel behind the scenes and on stage.

Singaporeans are encouraged to join the NDP 2018 conversation by tagging their photographs, well wishes, reflections and stories on both their personal and the NDP social media platforms (@ndpeeps), with the following hashtags: #WeAreSingapore, #NDP2018, and #NDP18. 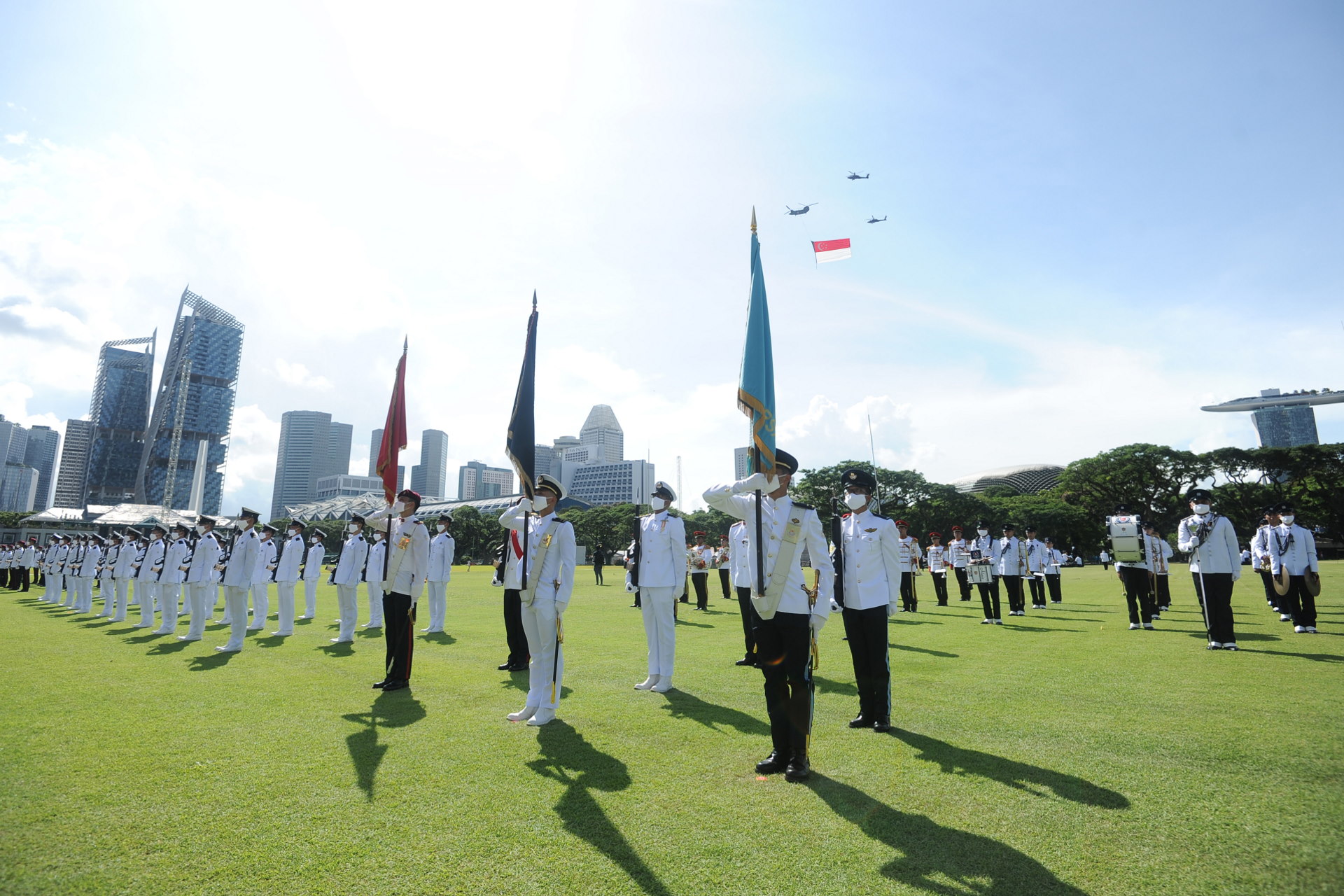