My mum, the Volunteer

Opening image: SV1 Indira joined the SAFVC in 2016 as she wanted to prepare her son for his NS.
English 华文

While sons usually receive letters from their parents during field camp in Basic Military Training, it was SAFVC Volunteer (SV) 1 Indira who first received one from her son.

In it was a short but meaningful message: "Ma, you always tell me to never give up. I'm sure that's what you will do."

That was in June 2016. SV1 Indira had just completed a route march during her Singapore Armed Forces Volunteer Corps (SAFVC) training when she was given the letter.

"I was totally taken aback and cried 'cos I was really touched!" said SV1 Indira with a laugh.

Taking up the challenge

Born and raised in India, SV1 Indira came to Singapore at the age of 26. She then met her ex-husband and gave birth to her son two years later.

When 3rd Sergeant (SG) (NS) Rahul Kurup was seven, the couple divorced. SV1 Indira has been a single parent since.

Raising her son alone was not easy. But what troubled SV1 Indira was that she had no clue how to prepare her son for National Service (NS).

As fate would have it, she was talking to her friend about how she wanted to contribute to Singapore in a meaningful way and he suggested that she join the SAFVC.

"Growing up in India, I've always had an admiration for Singapore and the way things are done (here), so I thought of contributing back in a meaningful way," explained SV1 Indira.

The 49-year-old now serves as an Infomedia Staff in the Army Information Centre.

She also had a third reason for joining the SAFVC: Her father was in the Indian Army and had always wanted his children to follow in his footsteps.

Even though she was mentally prepared, SV1 Indira was almost in tears after three days of Basic Training (where SVs get familiarised with the military).

She was exhausted from the strenuous physical training — it was almost more than her 45-year-old body could endure.

"But once I overcame that breaking point, it got better. I realised that even though you're pushed to your limits, the SAFVC takes great care of your safety," said SV1 Indira, who works as a change management lead (digital office) in a local transport company.

This made her feel assured that her son, too, would be in good hands when he enlisted.

On 24 Jun 2016, SV1 Indira (right) graduated from the SAFVC Basic Training Course with her mother (centre) and son by her side.

"My mum totally changed and I was like: why are you acting so weird?" said 3SG (NS) Rahul with a laugh.

When he complained, SV1 Indira explained that she was preparing him for the regimentation he would face when he enlisted.

She also shared with him how she struggled and adapted to military training and regimentation, as well as the importance of respecting other people's efforts and putting in your best during training.

That impressed 3SG (NS) Rahul. "When I first heard that she wanted to join the SAFVC, I thought she was crazy!

"I also felt bad ‘cos she was older and she still went through the physical training voluntarily. But I knew that she is a strong woman, and she was able to overcome it."

3SG (NS) Rahul graduated from Specialist Cadet School in November 2018 and went on to become a trainer in IDTI.

"We were supposed to go on the holiday together before he enlisted, but he failed his Individual Physical Proficiency Test and had to enlist early. So I ended up going on the road trip by myself," explained SV1 Indira with a laugh, adding that she knew that he was in good hands.

3SG (NS) Rahul chimed in: "My first three weeks in NS and she was sending me photos and videos from her holiday!"

Though NS was tough, it was manageable and 3SG (NS) Rahul would always fall back on the thought that if his 45-year-old mum could go through it, he could too.

Having only each other for 14 years has made this mother and son very close.

Leaning on Mum for support

When he was feeling down after losing his magazine during training in Specialist Cadet School (SCS), SV1 Indira was the first person he called.

"My platoon mates had to help me find my magazine and lost their off day. The guilt was weighing me down and I was thinking of dropping out of SCS," recalled the 21-year-old computer science undergraduate from the Singapore Institute of Management.

"That night, I was calling my mum and crying. She just kept motivating me and reassuring me that it was only a phase and that getting through these tough times will make me better in the future."

SV1 Indira was right. Through that incident, 3SG (NS) Rahul found good friends who helped and encouraged him. He concentrated on doing better and was posted to the Army's Island Defence Training Institute (IDTI) after graduating from SCS.

Like most sons, 3SG (NS) Rahul may not tell his mum how much he cares for her and how proud he is of her, but his actions speak otherwise.

SV1 Indira recalled a recent conversation in which he asked if he could invite his church friends over as they had heard about how she joined the SAFVC and wanted to meet her.

"I was very surprised. Obviously, they heard about me from him, and it was just very nice to hear my son saying that his friends look up to me."

To make it up to him, SV1 Indira brought 3SG (NS) Rahul to the United States in 2019 and showed him all the places that she went. This picture was taken at the Grand Canyon.

To 3SG (NS) Rahul, SV1 Indira is more than a mother. She is his pillar of support, his inspiration and his friend.

"Growing up as a single child in a single-parent household made us both very close and I got to experience the full capabilities of her as a mother."

When asked if SV1 Indira did a good job of bringing him up, he simply replied: "The best." 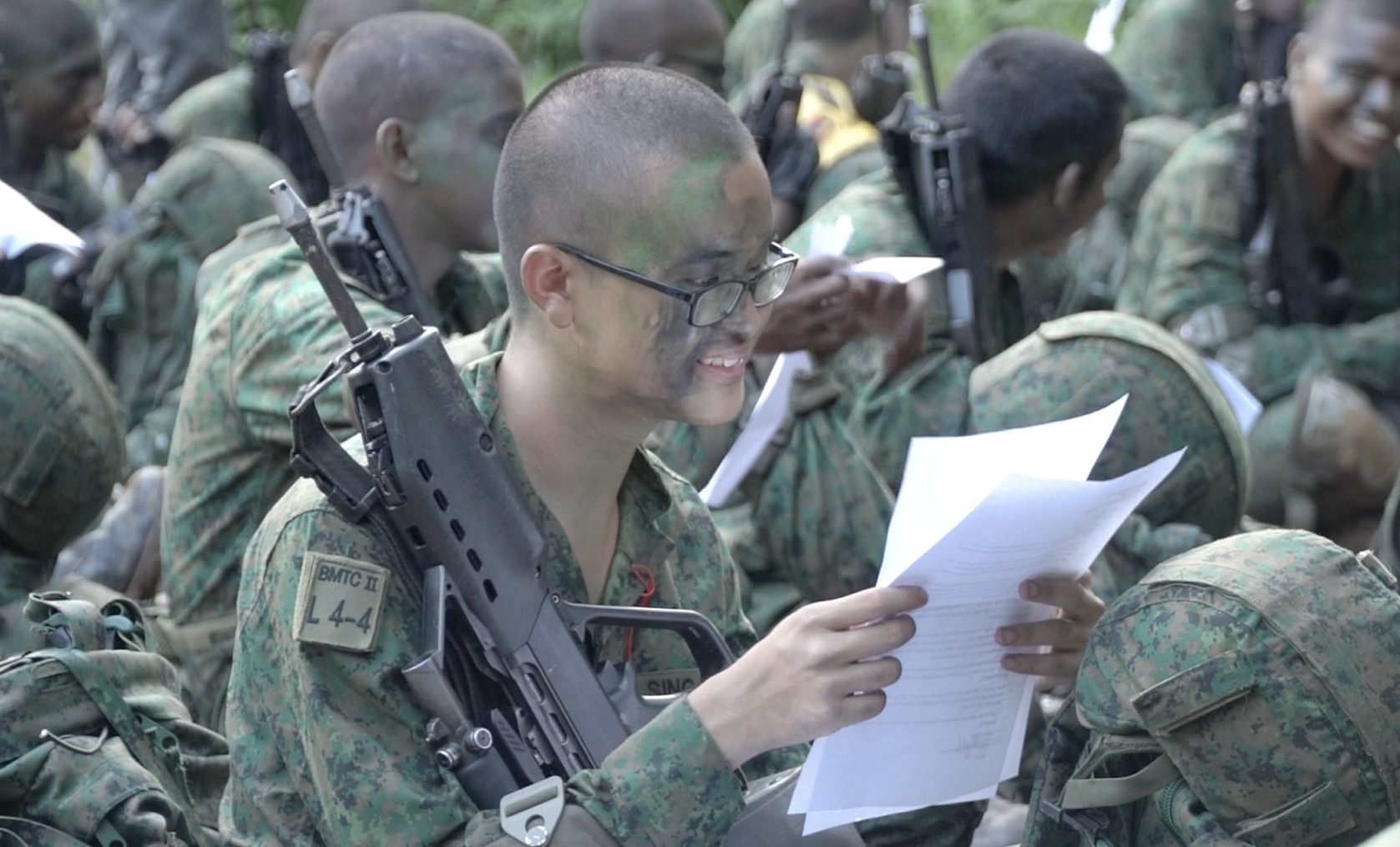 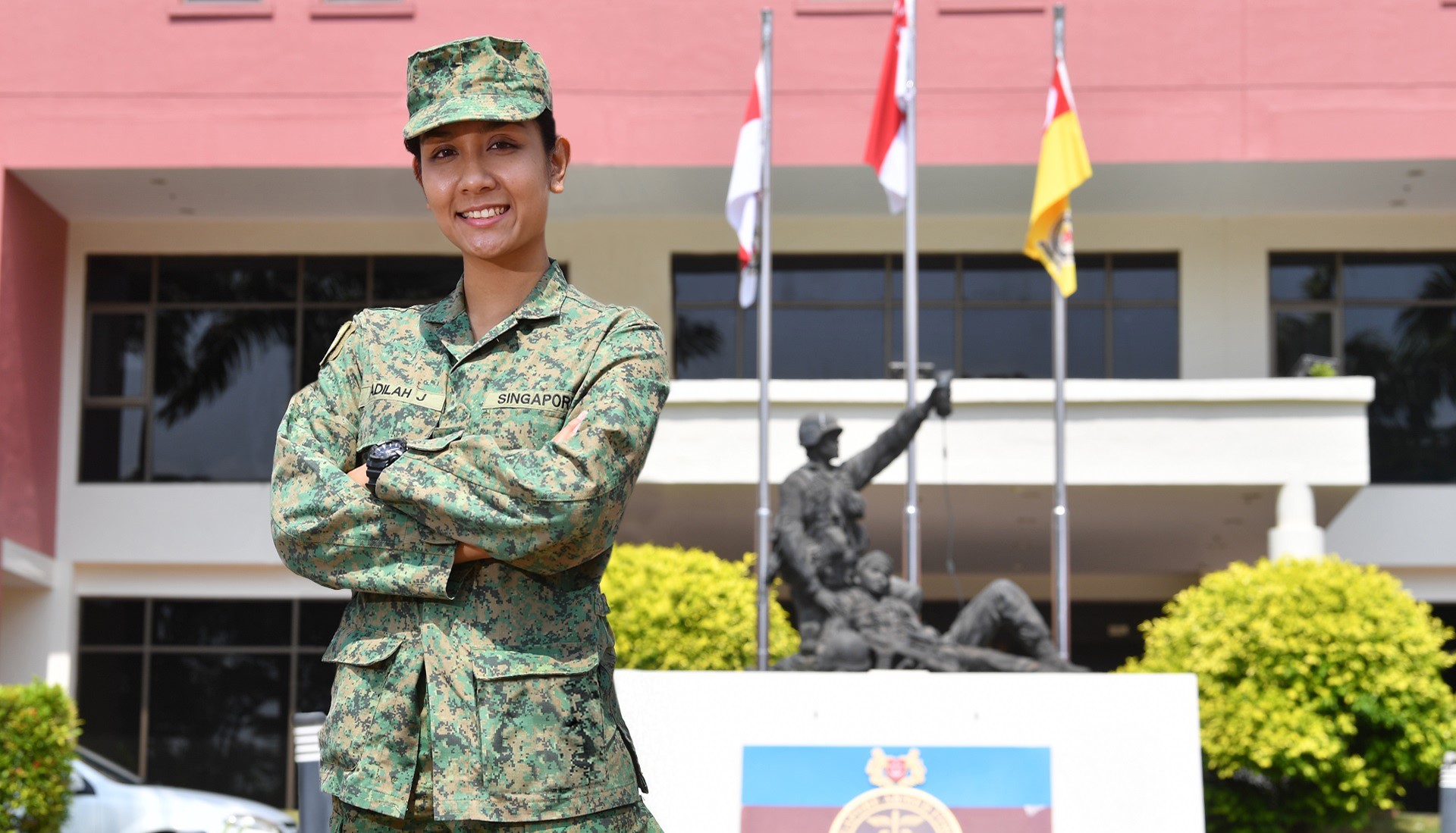 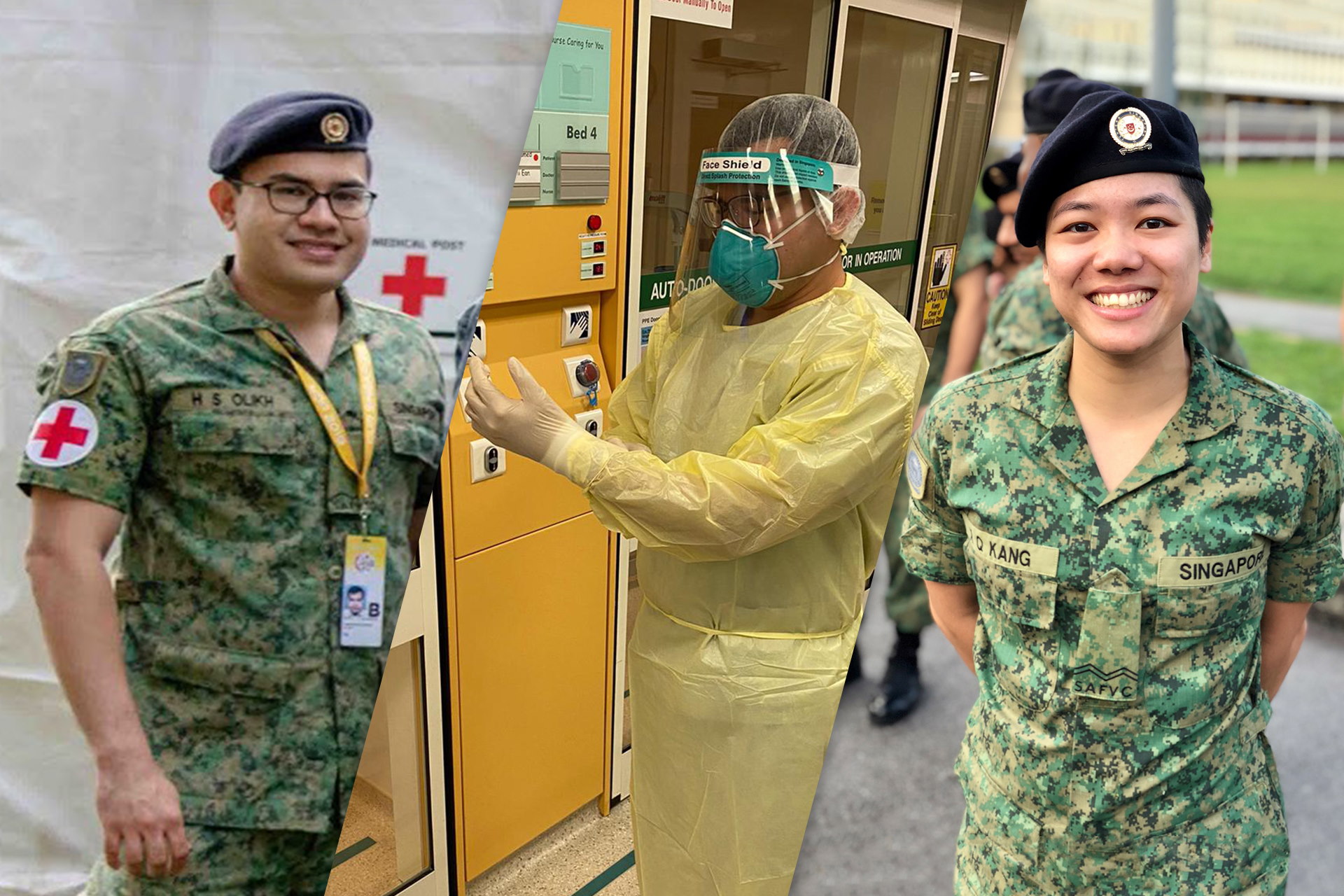 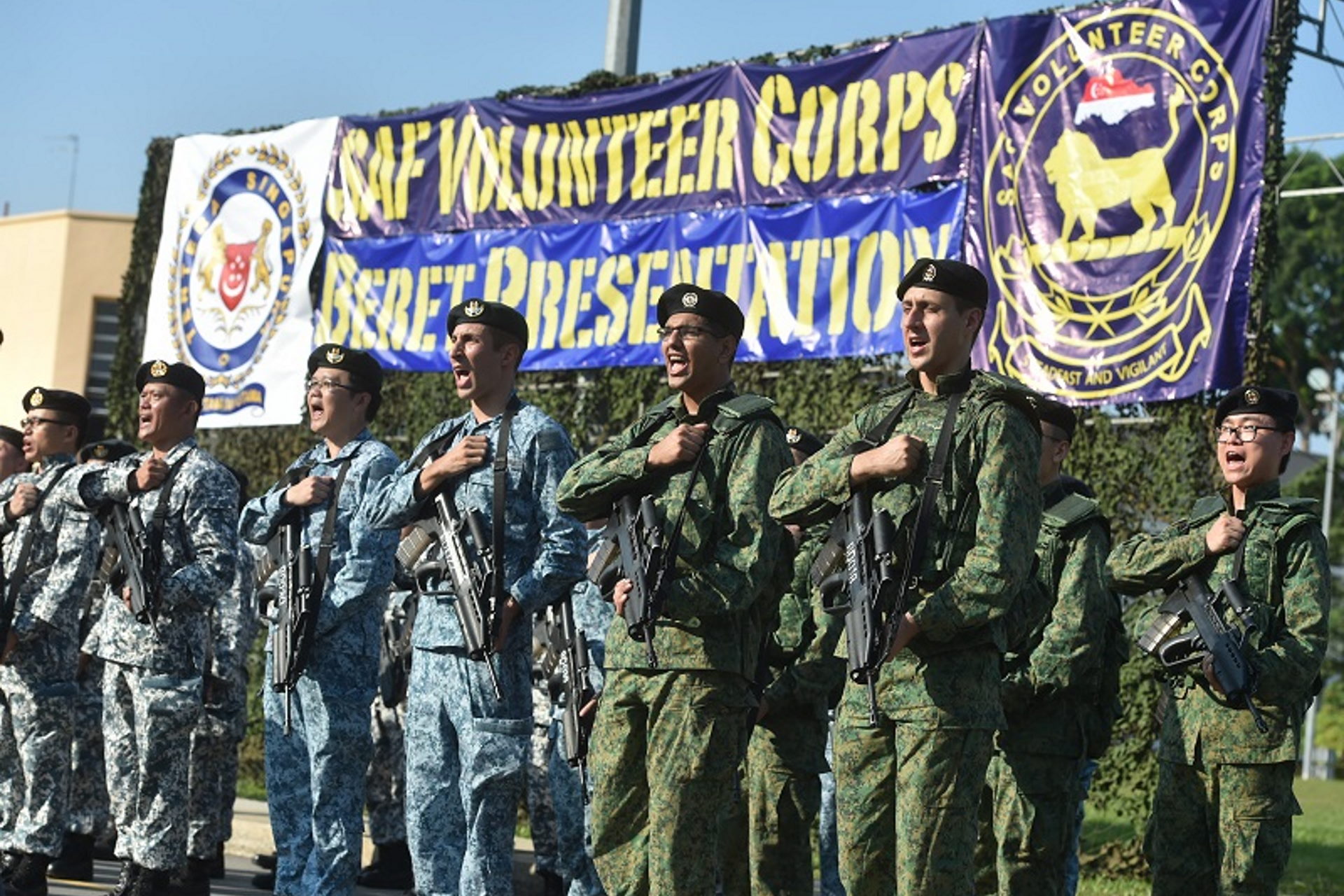 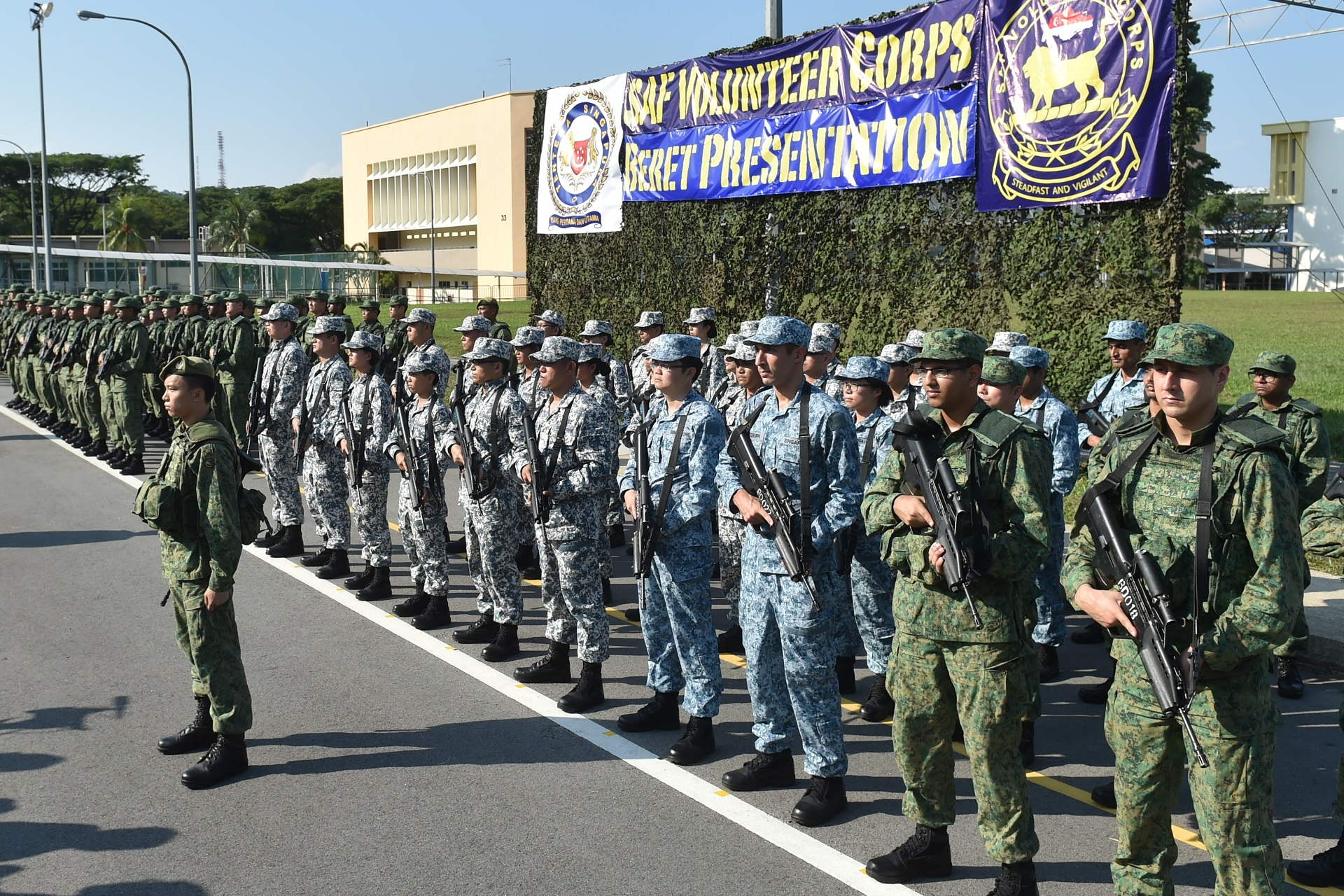