The art of nostalgia

English 华文
The army market mural was one of three murals that Mr Yip painted in May 2016.

Almost every Singaporean son knows or has at least heard of the iconic Beach Road Army Market. Located at the Golden Mile Food Centre, it was a one-stop shop for servicemen to stock up and replace essential military-themed items.

For Mr Yip Yew Chong, it was more that. Even before entering National Service (NS), he was there frequently to buy camping equipment such as tents, gas stoves and trekking boots.

"During my Junior College and university days, I would go there and buy a wind breaker and backpacks for hiking trips. It was the go-to place to buy adventure stuff in those days."

These fond memories were why Mr Yip decided to paint the Army Market as one of three murals at 51 Waterloo Street in 2016. The other two are of the old National Library, and the Odeon Theatre which was demolished in 1984.

He also painted murals of the old National Library at Orchard Road (pictured above) and the Odeon Theatre (pictured below) at 51 Waterloo Street.

The 51-year-old was commissioned by the owner of building to capture the old traits of the area. Together with a fellow artist, they did three pieces each.

"I tried to capture the things that I had a personal affiliation with and these were the areas I loitered around when I was younger," explained Mr Yip.

After four weekends of hard work, the heritage murals were unveiled on 21 May 2016.

The father-of-two always had a talent for art, but his works only gained popularity in late 2015, after painting several murals at Everton Road.

Then a finance director in a United Kingdom-based finance company, Mr Yip decided to take a break from work to paint. After getting permission from the house owner at Everton Road, he got down to painting his first public mural – Amah – depicting the scenes of an ah ma (colloquial term for granny) washing laundry.

"It was an old district and I wanted to paint scenes to match the environment. The mural gained popularity through social media and soon after, people started commissioning me to do nostalgic paintings," said Mr Yip with a laugh.

But even when he was younger, his skills did not go unnoticed by those who knew him.

During his cadet days in Officer Cadet School (OCS), Mr Yip made a dragon lantern to represent Delta Company for their graduation dining-in. His mentor designed the skeleton of the dragon using wires, while he painted the skin of the dragon on paper.

"As a cadet, there was already very little rest time in between training… and I was doing it either during weekends or when everyone was asleep," said Mr Yip.

In 1988, a young Mr Yip (left) painted the skin of the dragon for his OCS graduation dining-in.

Ask about his favourite memory during NS, and he quickly mentions his time as an officer commanding in 589th Battalion, Singapore Infantry Regiment.

He had a three-week In-Camp Training in 1999, comprising two weeks of planning at Clementi Camp and one week of trench digging at Pulau Tekong.

"My wife was pregnant with my second child at that time so, during the planning stage, I would go back every night just to be with her. It was very tiring as I would be planning (for the training) through the night before returning to camp the next day," recalled Mr Yip, who held the rank of Captain.

"We hardly had any sleep but looking back, it was very fun 'cos things like trench digging is something you don't normally do in civilian life."

Mr Yip (centre) going through the standard obstacle course when he was an instructor in OCS.

NS also taught him to interact with people from all walks of life – an especially useful lesson when he was a young and inexperienced officer.

"I remember giving a lecture to the whole company of about 150 men. When I spoke initially, I was very regimental. But after a while, I injected humour, lightened up and spoke their language – that was when they started enjoying the lecture," said Mr Yip.

He may have MR-ed (entered the MINDEF Reserve) but these are memories that he holds dear.

"NS was a very unique and memorable part of my life. I learnt not only to cope but to enjoy going through many tough exercises with my buddies, some of whom have become my best friends.

"These are experiences you won’t find anywhere else." 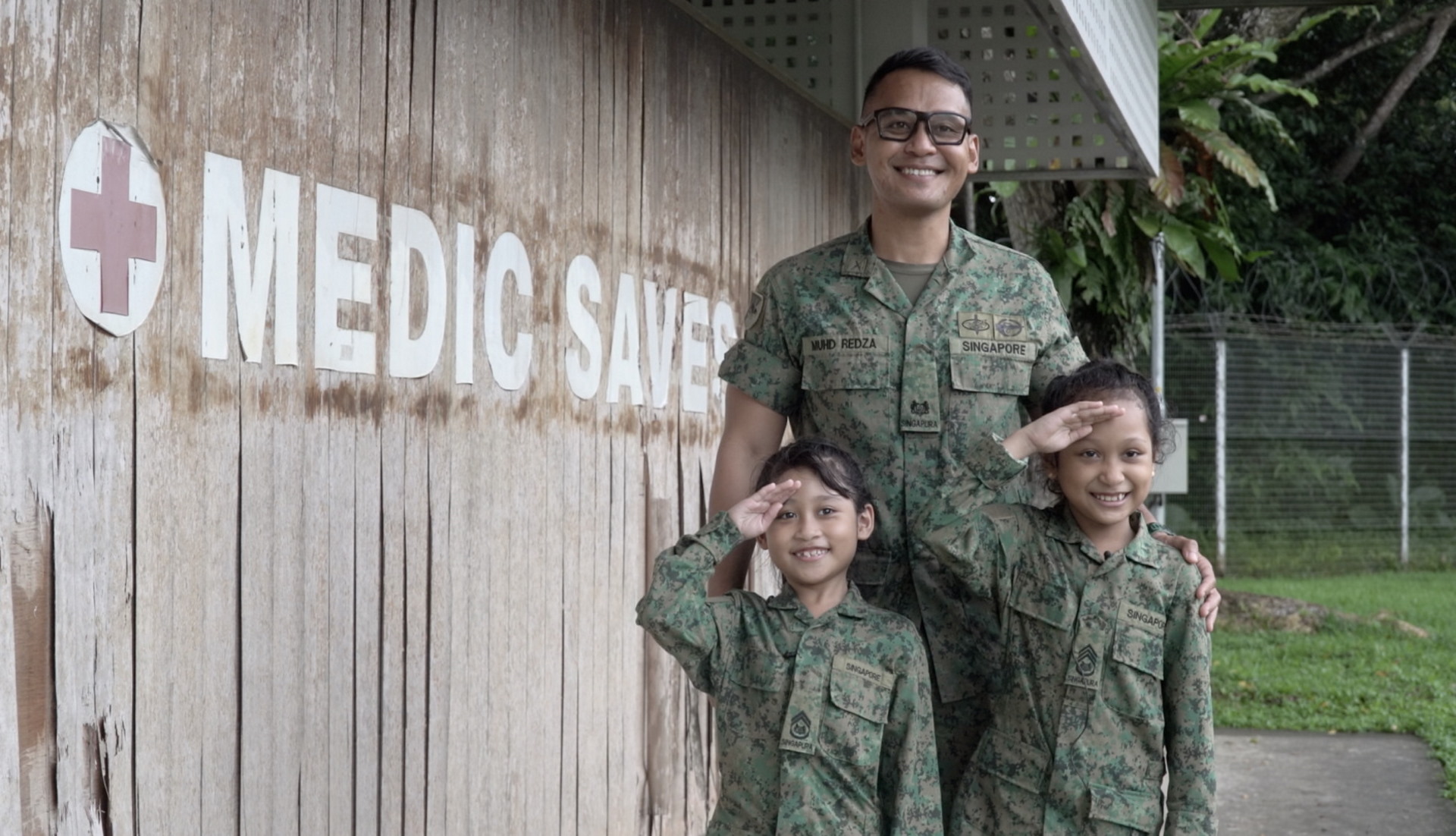 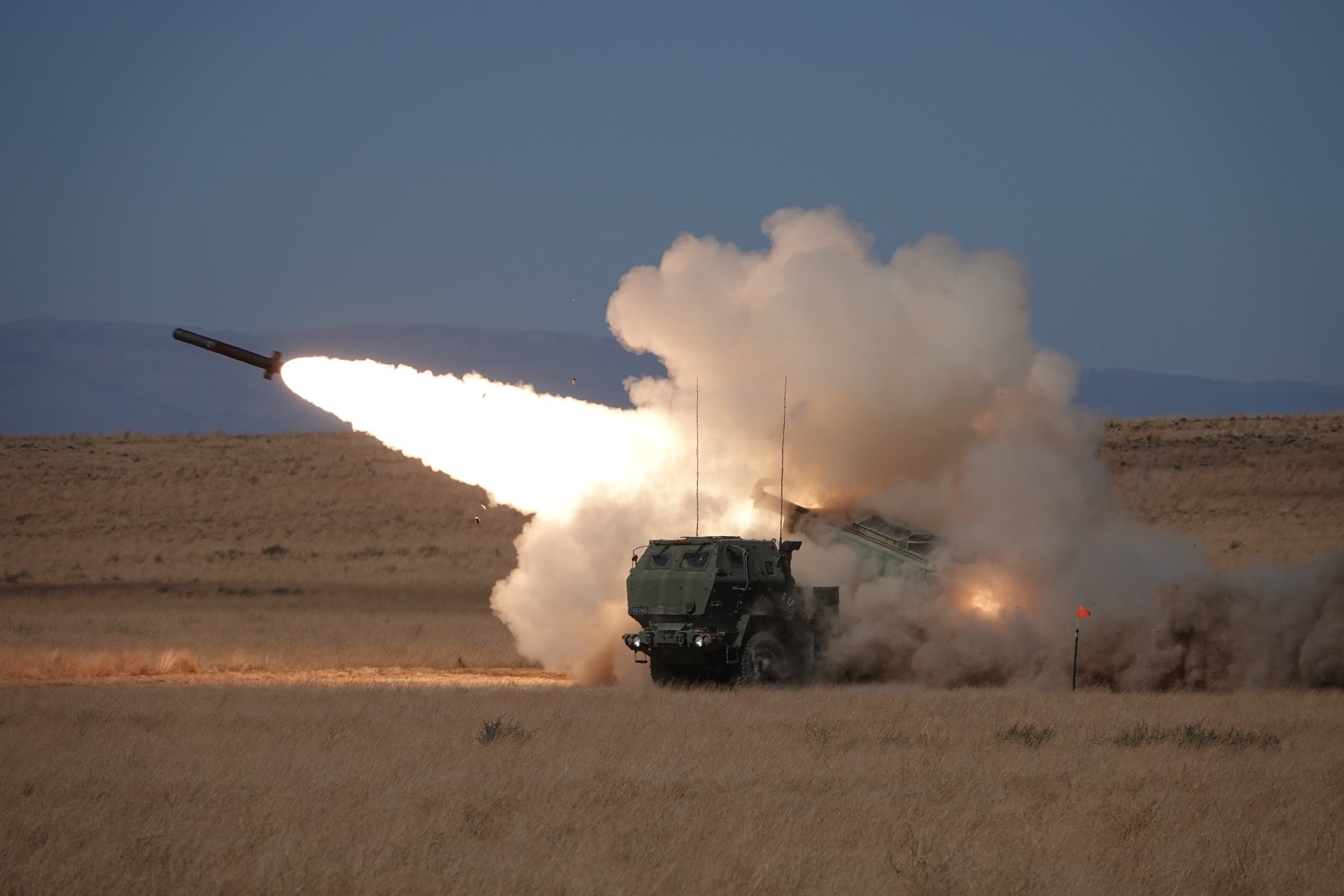 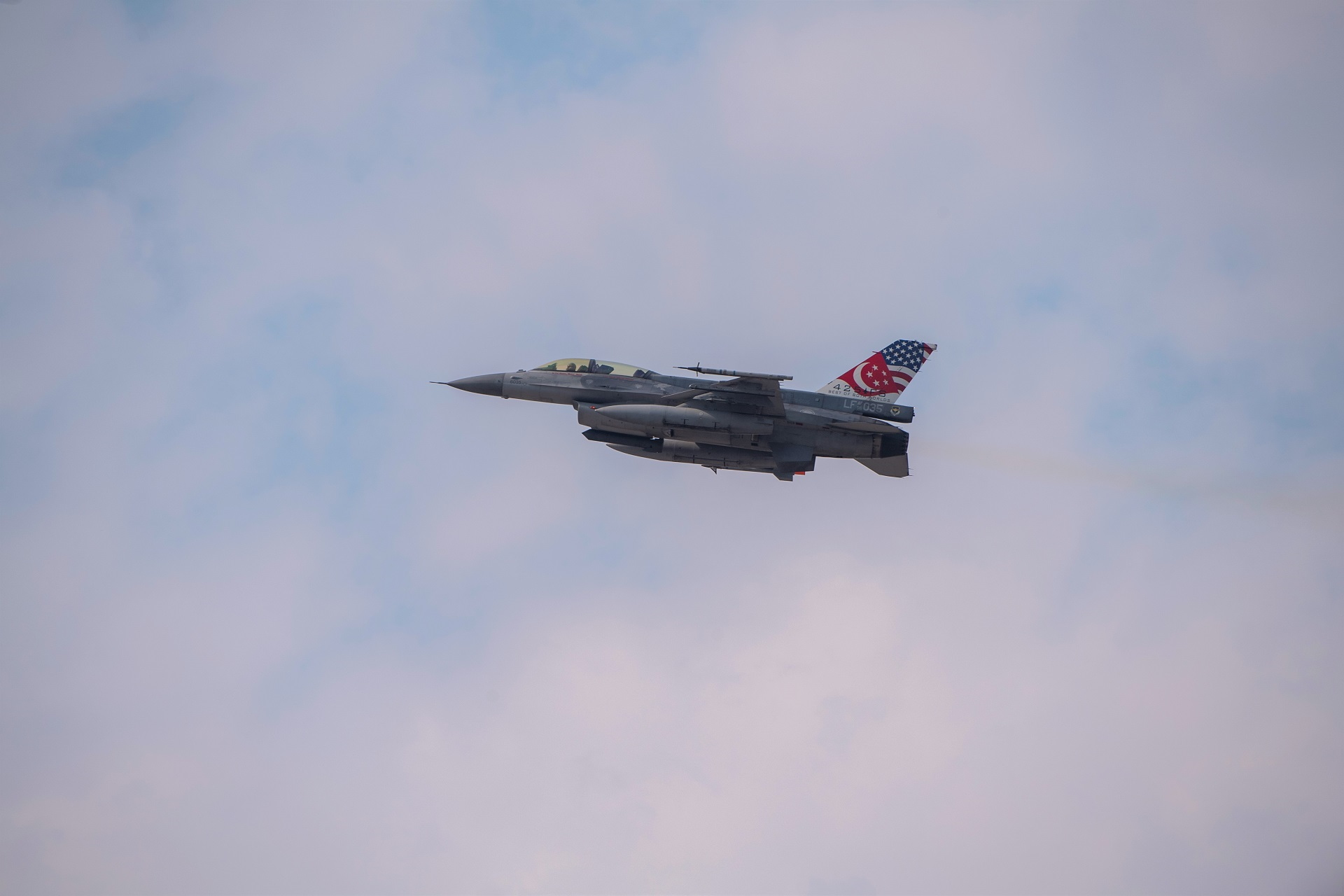 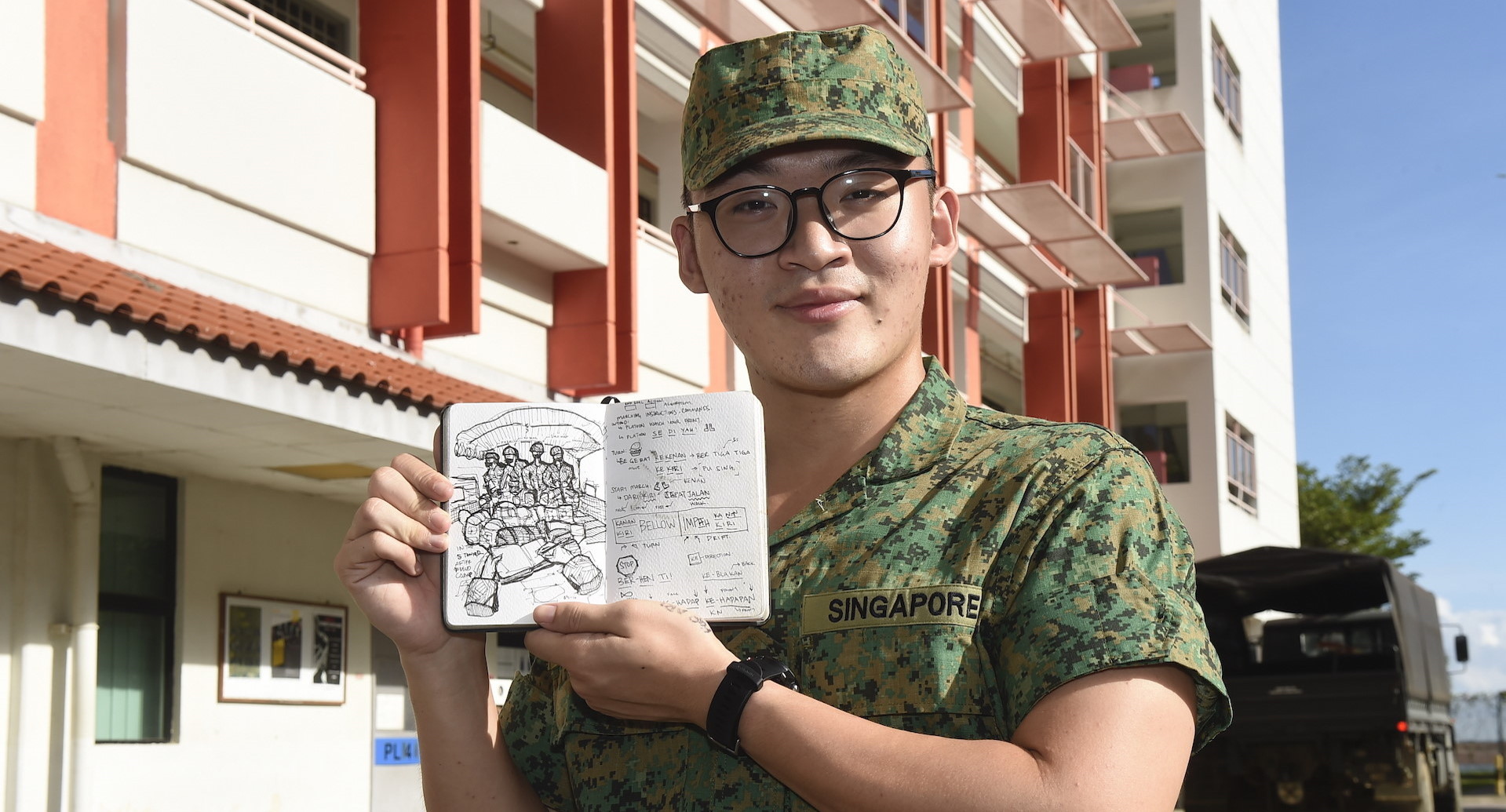 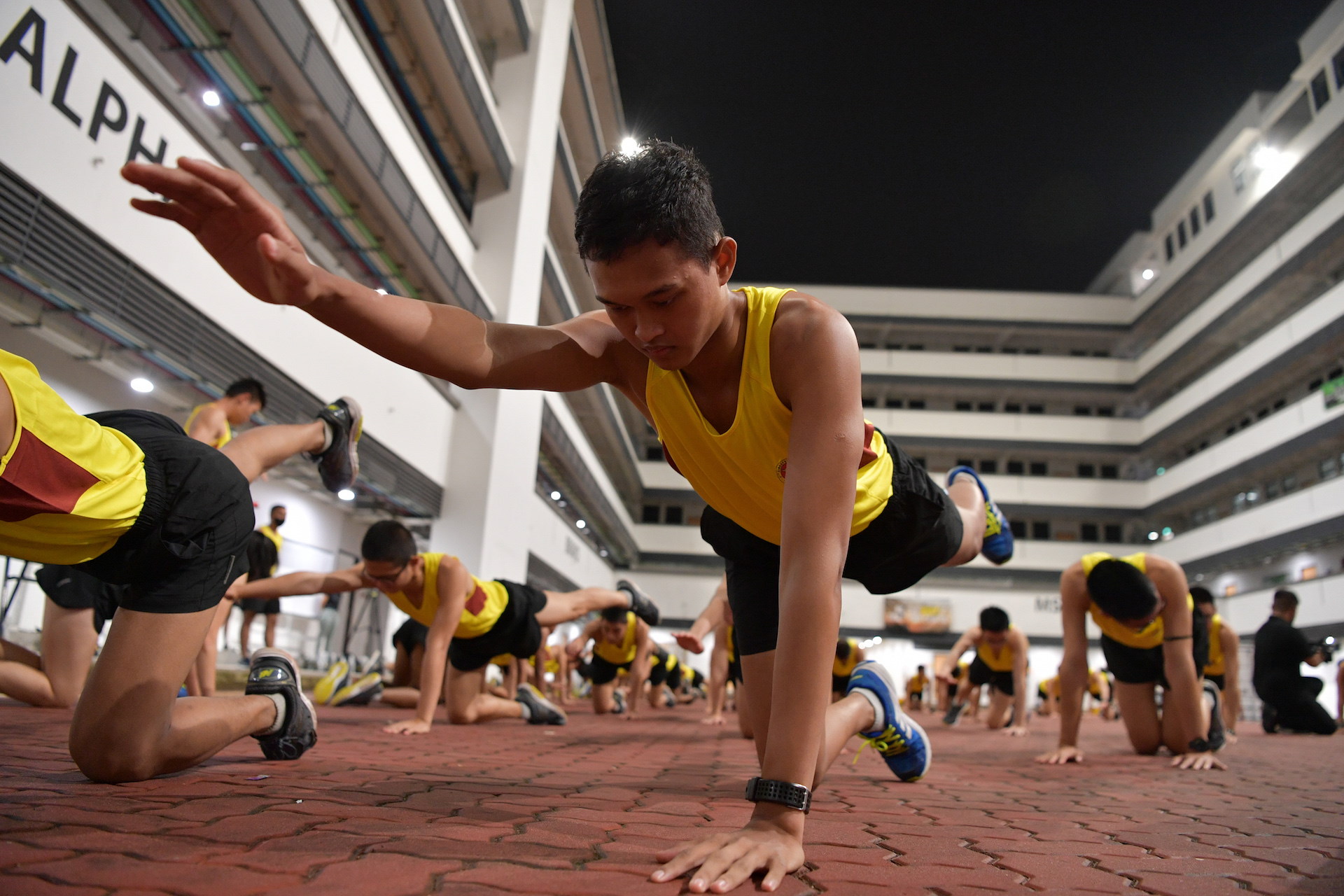 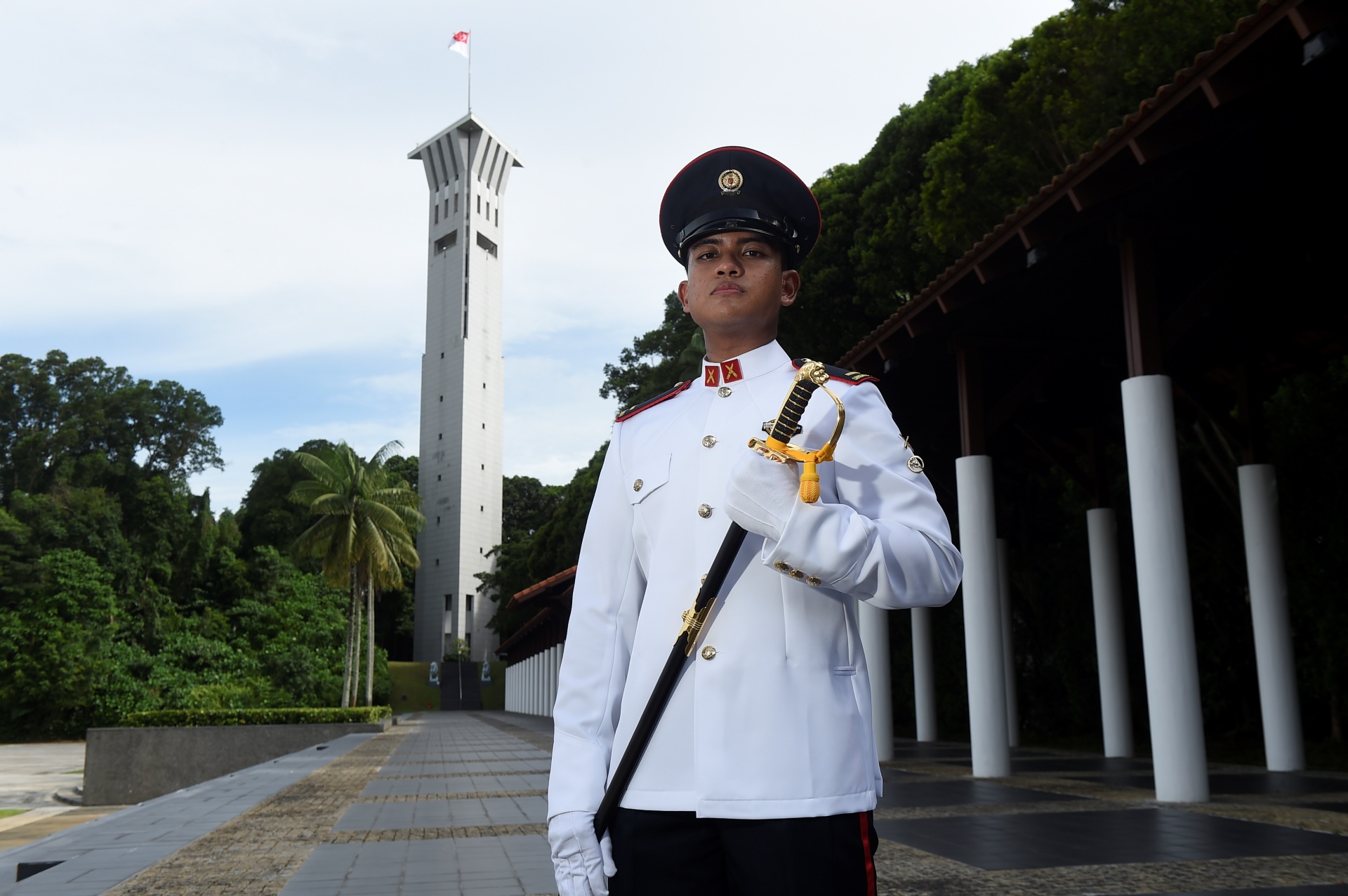