Self-driving USVs will soon patrol Singapore's waters to guard against terror threats and intrusions – the Republic of Singapore Navy (RSN) has started the sea trial for its four Maritime Security USVs, which will be completed by the end of this year.

The USV is fitted with a Collision Detection and Collision Avoidance (CDCA) system that allows it to autonomously navigate through the busy Singapore Strait where over 1,000 ships pass through daily.

The Maritime Security USV is equipped with advanced sensors and a Collision Detection and Collision Avoidance system.

The vessel can be operated remotely from shore with just a two-man crew. An operator can plan the patrol path and mission using the Unmanned Systems Mission Control, and the self-driving USV will take it from there. The other operator controls the weapon payloads.

The 16.9m-long vessel is equipped with a remote weapon system with laser dazzler as well as a long range acoustics device, among other equipment. Operators can remotely track, warn and investigate suspicious vessels at sea.

The development of the Maritime Security USV is part of the Singapore Armed Forces' plan to harness technology to enhance its operations, optimise training and overcome manpower constraints.

Speaking at the Committee of Supply debate on defence budget on 1 Mar, Minister for Defence Dr Ng Eng Hen noted that these unmanned vessels will complement manned ships for maritime security.

The intuitive design of the Unmanned Systems Mission Control, which was developed by DSTA, allows USV operators to plan for missions on screen easily – just like the way gamers do in a computer game.

The Maritime Security USV teams – consisting of operators and engineering support – will be helmed mostly by Full-time and Operationally Ready National Servicemen (NSFs and NSmen), with a small team of Regulars.

Speaking to the media on 23 Feb, Commanding Officer of the USV Squadron, Lieutenant Colonel (LTC) Desmond Ng, 40, explained that this is thanks to the USV's user-centric design and intuitive interface, which results in a shorter learning curve for operators.

For example, training duration for an NSF operator of the Maritime Security USV will be 20 per cent shorter than that for an NSF who serves on a manned ship. This is also because unmanned vessels do not require training in operations such as firefighting and damage control, towing, and replenishment at sea.

Ms Tan Shu Jun, 27, a senior engineer from Defence Science and Technology Agency (DSTA), explained how the Unmanned Systems Mission Control allows the RSN operators on shore to delegate and plan missions for the USVs easily.

"(The RSN operator) just has to tell the USV where to go, and it will autonomously move to the desired location. Along the way, using advanced perception sensors, the USV will be able to pick up obstacles in its environment, then make use of the CDCA algorithm to compute manoeuvres to avoid collisions."

After avoiding the obstacle, the USV will autonomously return to its mission path so that it can continue its mission without the operator needing to intervene.

"We take the men out of the loop of driving the ship... We free up their cognitive capacity for higher order tasks (to) take care of the situation and tactical development, (and) focus on the operations while leaving the rudimentary stuff for the machine to handle," said LTC Ng.

Defect rectification is also designed to be fast and easy. Data analytics will be used to identify anomalies and potential issues before failure occurs, so that preemptive maintenance can be done.

LTC Ng says that the Maritime Security USVs will provide an additional layer of surveillance and rapid response to incidents at sea, freeing up manned platforms for other taskings.

With an endurance of over 36 hours and speed of more than 25 knots (about 46kmh), the Maritime Security USV will operate alongside other manned vessels like the Littoral Mission Vessels (LMVs) and Police Coast Guard patrol craft.

"The USV is able to patrol round the clock, investigate and interdict contact out at sea... More importantly, it has the advantage of removing the operator from harm's way," said LTC Ng.

For example, if a ship has been hijacked, the Maritime Security USVs will likely be the first responder, to provide real-time updates to headquarters before the manned vessels arrive. The manned vessel can also direct the USVs through its operators for the mission.

The Maritime Security USV’s self-driving capability is made possible by the onboard CDCA system, which computes manoeuvres to avoid a possible collision when sensors detect an obstacle or incoming ship.

The CDCA system was developed by DSO National Laboratories and DSTA. To design its algorithm, defence engineers analysed years of maritime traffic patterns of the Singapore Strait.

The Maritime Security USV is able to navigate autonomously through the busy sea traffic of Singapore's waters.

Besides avoiding collision, the algorithm has to be able to detect and predict the movement of surrounding vessels while exhibiting correct behaviours or the "driving rules" of the sea. For example, if two vessels are heading towards each other on a collision path, both are supposed to make a right turn – not left turn – to steer away from each other.

After millions of kilometres of collision-free laboratory simulation runs over nine months, the CDCA system was installed onboard the Maritime Security USVs for an initial trial at sea with safety crew on board.

The initial trial, which also lasted nine months, validated the CDCA system, and the USVs are now ready for fully autonomous sea trials.

The sea trial involves four USVs, and focuses on validating the safety of the CDCA, system integration, as well as testing the USV's ability to undertake various operations at sea.

The Navy started operating the Mine Counter Measure USV in 2017 to detect and clear underwater threats.

Mr Bay Zi Jing, 39, DSO Principal Defence Researcher, noted that the CDCA was not developed in just two years – defence engineers had leveraged over 10 years of research and development efforts to improve and mature the technology such that it could be deployed, first in the RSN's Mine Counter Measure USV, and now in the Maritime Security USV.

The Maritime Security USV's CDCA system is an upgraded version of the Mine Counter Measure USV's, and will eventually be fitted on the latter, he added.

"The Collision Detection and Collision Avoidance capability of the Maritime Security USV is the first of its kind in the world. It's designed to address the challenges of allowing unmanned vessels to navigate in Singapore waters, which is one of the busiest straits in the world." 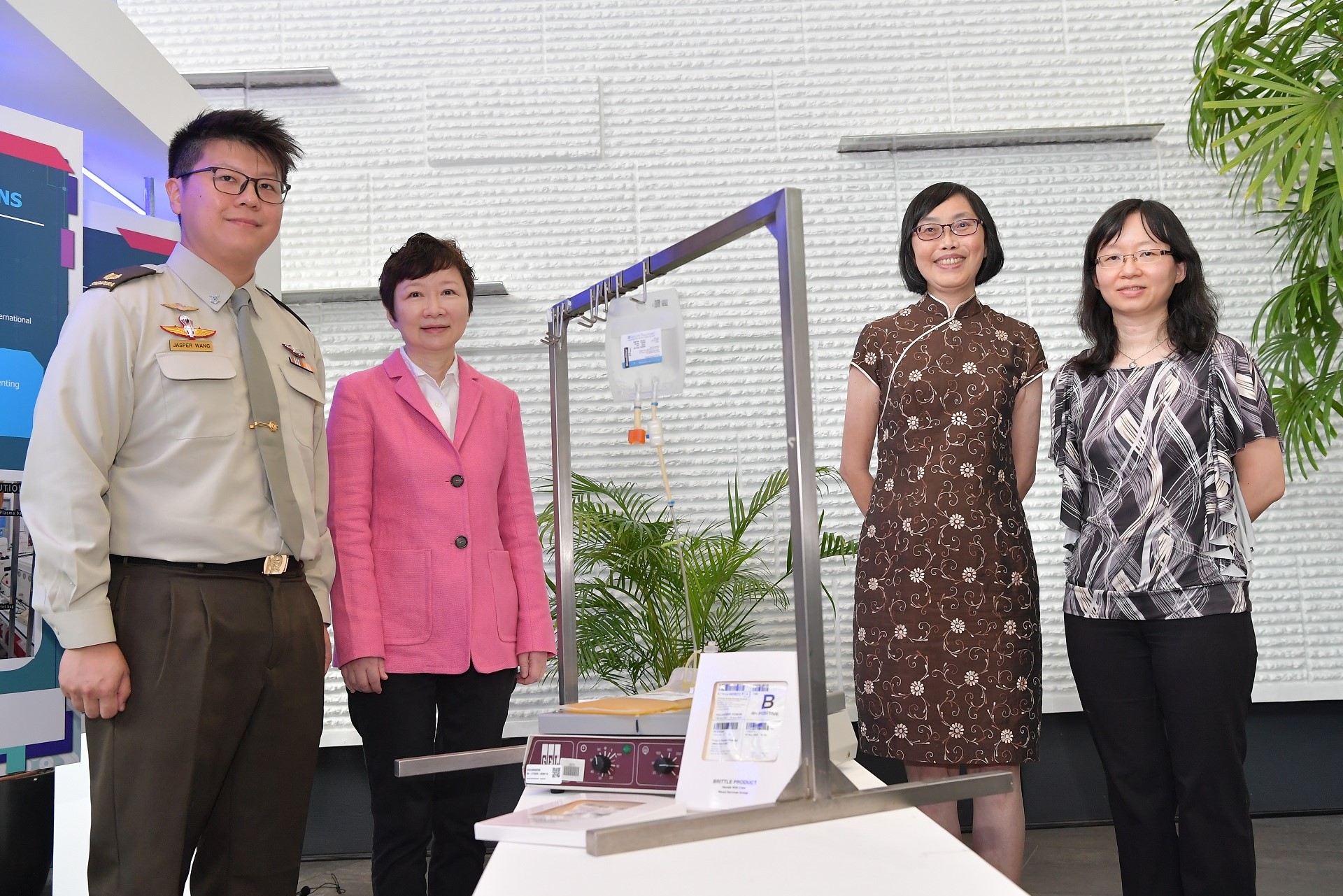 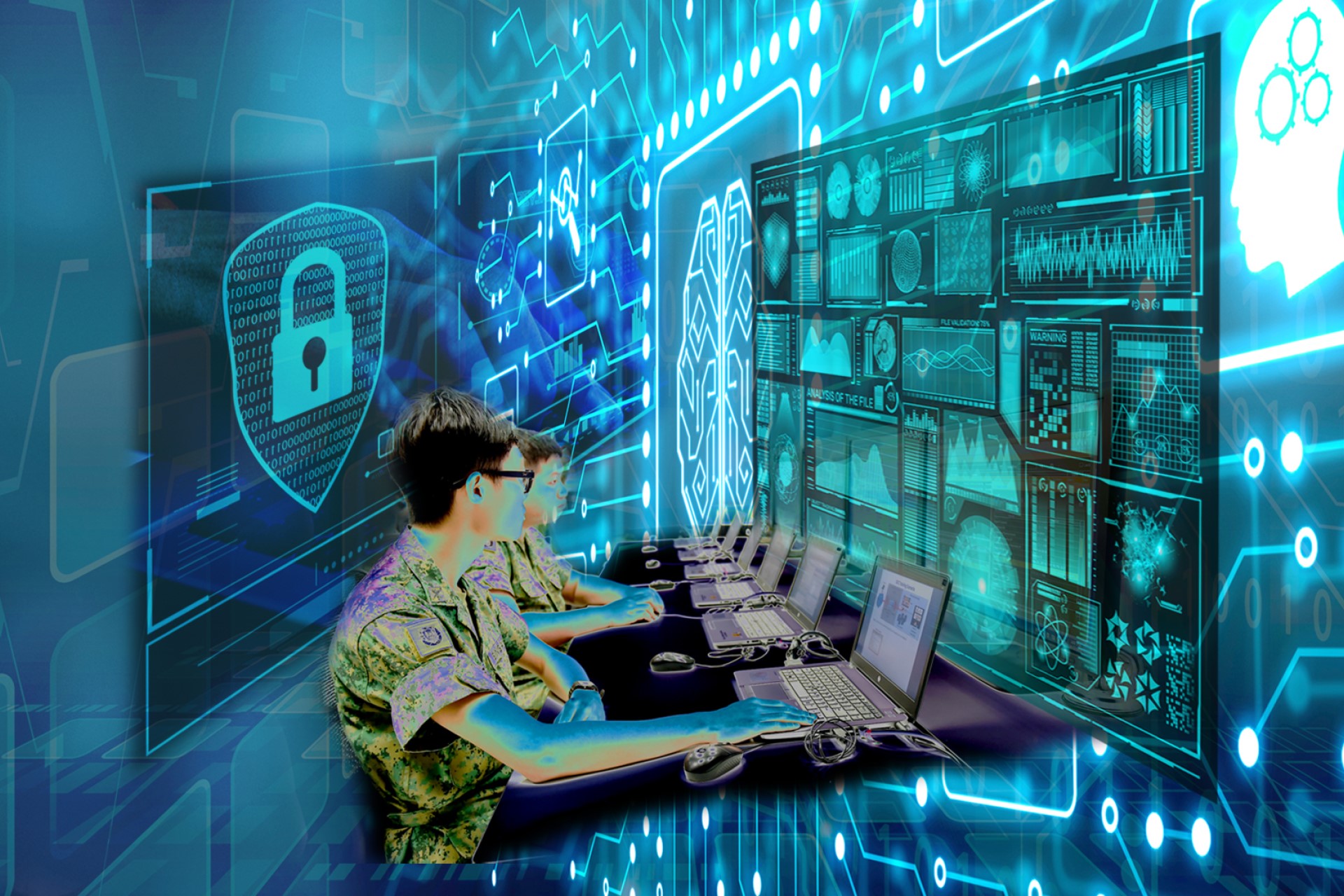