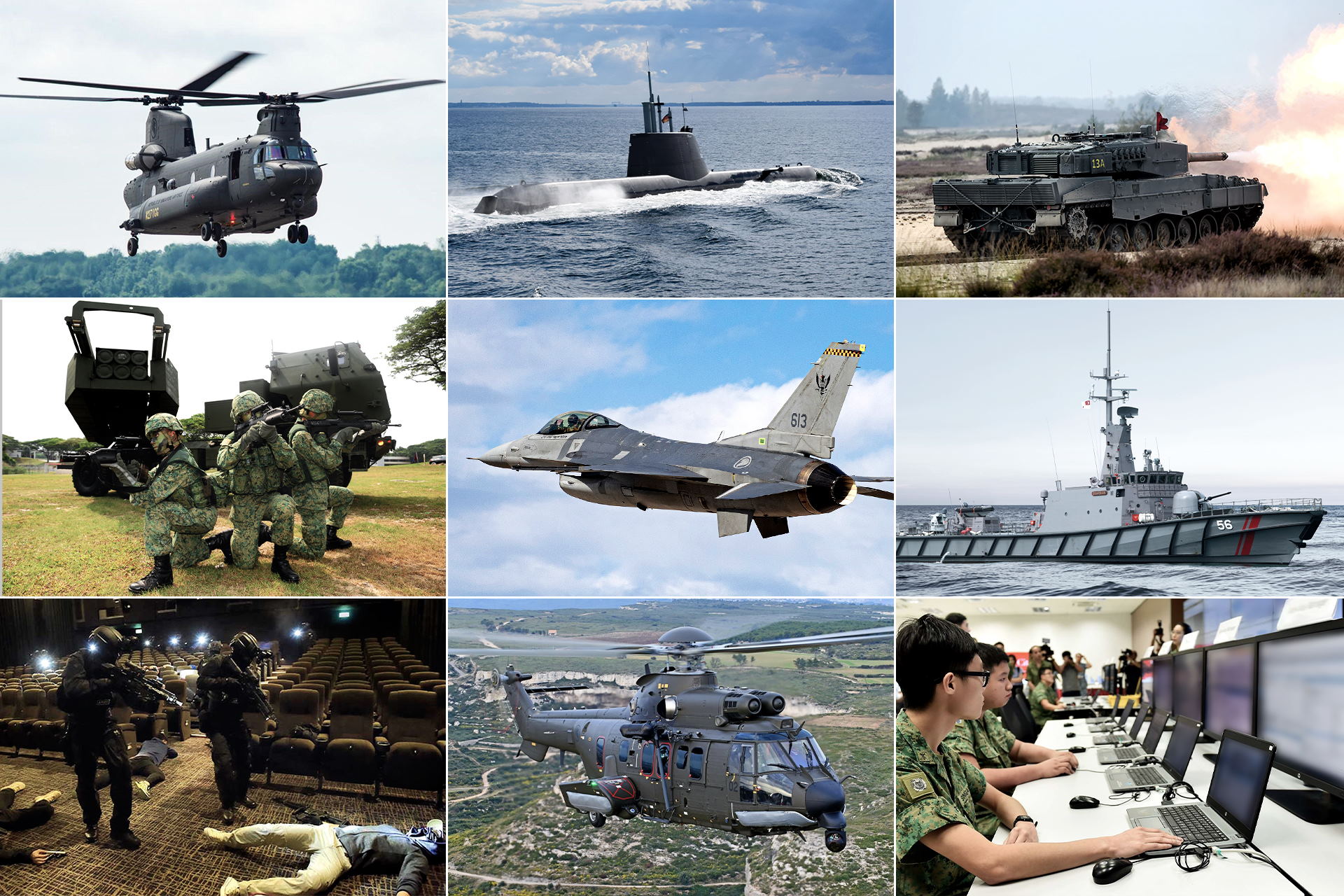 SAF on track for next-gen transformation, ramps up against terror and cyber threats

Even as the SAF contributes in the national fight against COVID-19, it continues to maintain operations at a high level of readiness to keep Singapore safe from external threats.

Speaking at the Committee of Supply debate on the defence budget on 1 Mar, Minister for Defence Dr Ng Eng Hen noted that although some projects have been delayed because of the pandemic, the SAF remains on track in its transformation into the Next Generation SAF.

Delivery of the Republic of Singapore Navy's (RSN's) new Invincible-class submarines, for instance, has been delayed by six months to mid-2022. The development of the upcoming SAFTI City – a high-tech urban city training facility – is now expected to be completed by 2024 instead of 2023.

The Navy's Invincible-class submarines – the first to be fully customised and built for Singapore – are expected to be delivered in mid-2022. The crew are currently undergoing sea trials in Germany. [Photo courtesy of RSN]

These delays had caused the Ministry of Defence (MINDEF) to spend 1.5 billion dollars less than planned in 2020. Hence, the organisation will see a double digit growth this year.

However, Dr Ng noted that he expects the budget to stabilise and return to a growth trajectory similar to what was promised in previous years – with the defence budget increasing at about three to four per cent a year, in line with inflation.

The inauguration of the HQ Sense & Strike in November 2020 enables the Army to "see better" and "shoot faster" with less manpower. [Photo courtesy of Army]

Updating on the SAF's progress in its Next Generation transformation, Dr Ng said the Army had inaugurated a new Headquarters (HQ) Sense & Strike last November.

A reorganisation of HQ Army Intelligence and HQ Singapore Artillery under the 6th Singapore Division, this new formation focuses on developing and strengthening the Army's sense and strike elements to operationalise new capabilities and fighting concepts. This will enable the Next Generation Army to see better and shoot faster with less manpower.

The RSN's new Maritime Security and Response Flotilla was also recently inaugurated on 26 Jan, strengthening its capabilities in dealing with maritime threats that have grown in scale and complexity over the years.

The MSRV (left) and the Maritime Security and Response Tugboat (right) will enable the RSN to respond more quickly to maritime incidents.

The flotilla currently operates four Sentinel-class Maritime Security and Response Vessels (MSRVs), which are refurbished patrol vessels. They will be replaced in due course by four new purpose-built vessels.

The RSN will also deploy platforms such as unmanned surface vessels. These vessels will complete their sea trials later this year and complement manned ships for maritime security.

The RSAF's first upgraded F-16 will roll out in the coming months.

Dr Ng said that the Republic of Singapore Air Force's (RSAF's) F-16 upgrade programme will see its first upgraded aircraft ready to roll out in the coming months.

The RSAF will also receive the new H225M medium-lift and CH-47F heavy-lift helicopters this year. These aircraft will replace the Super Puma and older Chinook respectively.

Four F-35 Joint Strike Fighters will be arriving around 2026 and the RSAF will start basing its fighter jets in Guam from 2029 for high-end combat training.

Even while fighting against COVID-19, "we must not be lulled into thinking that the threat of terrorism has been reduced", said Dr Ng.

He announced that MINDEF is standing up a multilateral Counter-Terrorism Information Facility (CTIF), that has begun operations despite the ongoing pandemic.

"The CTIF will bring together like-minded countries to share intelligence, provide early warning, monitoring and analysis capabilities in a centralised and coordinated manner."

On the digital front, MINDEF has set up a "Digital Factory" to fast-track the development of digital solutions, allowing the organisation to "build and deploy software up to three times faster than before".

It will also be rolling out its own MINDEF Commercial Cloud in mid-2021 to deliver more responsive administration and maintenance services for national servicemen.

Classified information and functions which require enhanced security will also leverage cloud systems, but will be physically housed in MINDEF and the SAF, and separated from other day-to-day functions on the cloud, Dr Ng added.

The SAF will hire more cyber-specialists as part of efforts to boost its cyber defence capabilities. [File photo]

Dr Ng also updated that the newly restructured Cybersecurity Task Force (CSTF) will strengthen MINDEF and the SAF's ability to monitor and actively seek out potential threats and aggressors in the cyber domain.

To enable more Operationally Ready National Servicemen to serve in the CSTF, MINDEF is working with academic institutions to raise their skills through various initiatives.

These include the University Work-Learn Programme with the National University of Singapore, and the Critical Infrastructure Security Showdown cybersecurity exercises with Singapore University of Technology and Design's iTrust Centre for Research in Cyber Security.

The SAF will also hire more cyber-specialists to join the task force as Regulars.

Prepared for challenges on the horizon

Dr Ng concluded that these upgrades, acquisitions and new initiatives will allow the SAF to continue to "protect Singapore's interests and the well-being of Singaporeans despite the uncertainty and risks in our region and globally".

"We must (emerge stronger) if we are to secure our defence for another generation." 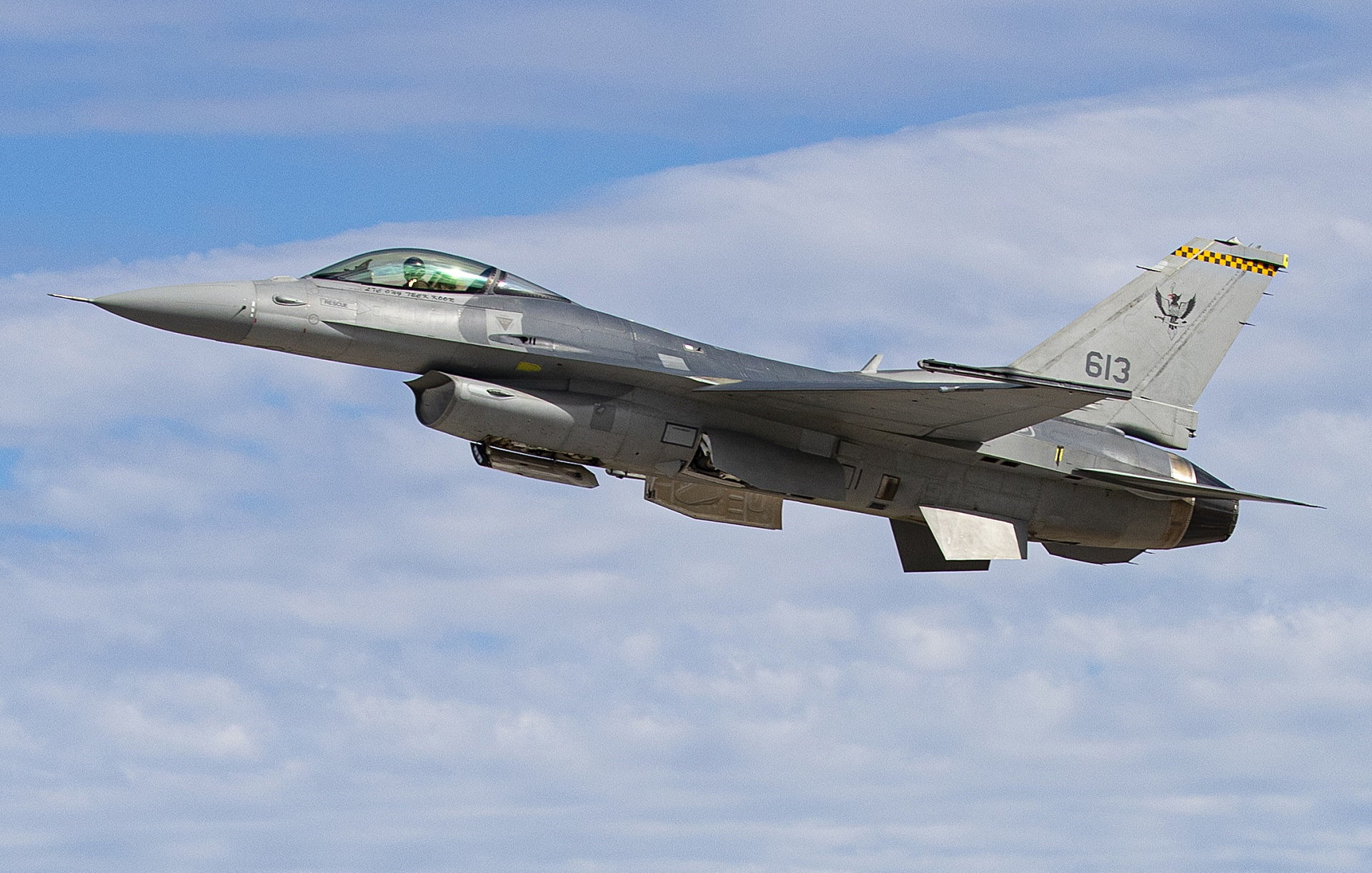