SAF's training footprints in the world

Singapore is a small, highly urbanised island. To overcome space constraints, the SAF leverages technology and the construction of new and innovative training facilities.

For example, SAFTI City – a training ground about the size of 20 football fields – is being built in western Singapore. It will boast configurable buildings and road networks, interactive targets that can "return" fire, and includes monitoring and data analytics systems to track and soldier performance.

Over the years, the SAF has also relied on simulators to improve training efficiency and standards. Armoured troops hone their driving and gunnery skills at the Armour Simulation Centre, while the Republic of Singapore Air Force's (RSAF's) Air Mission Trainer allows pilots and mission commanders to train as an integrated force.

Yet, no simulation can rival the sensory experience of an actual training ground with undulating terrain, deep waters or vast airspace, where live firing is possible and skills are put to the test in a real-life environment. It is for this reason that the SAF also trains overseas.

Here's a look at where the SAF trains and what they do!

When: Conducted annually since 1990

What: A tri-Service exercise that showcases the capabilities of the 3rd Generation SAF through air, land and sea integration training

Did you know? Under the Singapore-Australia Comprehensive Strategic Partnership, the training area at Shoalwater Bay – where Exercise Wallaby is primarily conducted – will be expanded. New facilities such as Instrumented Combined Arms Air-Land Ranges and Urban Operations Live-Firing Facilities are also being built at the Townsville Region in Northeast Australia. When completed, troops can be trained for up to 18 weeks annually, more than double of the current six to seven weeks.

An advance party of SAF troops moving from the landing site to secure the area before the main troops land for a beachhead attack in the Shoalwater Bay Training Area at Exercise Wallaby 2018.

Where: Oklahoma, United States (US)

When: Conducted annually since 2010

What: A bilateral artillery exercise between the Singapore and US armies.

Did you know? The highlight of Exercise Daring Warrior 2018 was the combined live firing by the US and Singapore armies, where the SAF's High Mobility Artillery Rocket Systems (HIMARS) and the US Army's Multiple Launch Rocket Systems simultaneously fired at a distant target for the first time.

The SAF’s HIMARS firing off a rocket during the live firing exercise in 2018.

When: Conducted annually since 2009

What: A bilateral armoured exercise between the Singapore and German armed forces

Did you know? The training space in Oberlausitz Military Training Area, which is a quarter of the size of Singapore, allows the Singapore Army to train more efficiently by enabling concurrent live firing of up to four ranges for armoured units.

RIMPAC (Rim of the Pacific) Exercise

When: Conducted biennially since 1971. The Republic of Singapore Navy (RSN) first participated in 2008.

What: Held in the waters off Hawaii, this US-led exercise allows ships, submarines and aircraft from all over the world to train and hone their warfare capabilities together.

Did you know? RIMPAC is the world's largest multilateral maritime exercise, with 25 nations taking part in the 2018 edition. Last year, the RSN's frigate RSS Tenacious successfully conducted the firing of two Harpoon missiles to hit a target simultaneously. This was the sixth RIMPAC that the RSN has participated in over the last 10 years.

The Harpoon missile being fired from RSS Tenacious in 2018.

Where: The Andaman Sea and Bay of Bengal, India

When: Conducted annually since 1994

What: This bilateral naval exercise conducted by the Indian Navy (IN) and RSN began as an anti-submarine warfare exercise. Over the years, the exercise has grown in scope and complexity to become an advanced warfare exercise involving air, surface and underwater warfare dimensions.

Did you know? Close to 30 assets from the two navies took part in SIMBEX 2018 – the largest number in its 25-year history. SIMBEX is the longest-running military exercise that the SAF has with the Indian Armed Forces.

Where: Singapore and Surabaya, Indonesia

When: Conducted annually since 1974

What: This bilateral air exercise enhances the interoperability and professionalism of the RSN and Indonesian Navy through anti-surface and anti-air warfare serials as well as maritime security serials. Exercise Eagle Indopura is also the SAF's longest-running bilateral exercise with a foreign military.

Did you know? In 2018, the exercise featured a counter-terrorism serial in the maritime environment for the first time. Through information-sharing and sense-making, the two navies' headquarters successfully collaborated and deployed naval assets to disrupt a simulated terror attack threatening commercial shipping transiting through the Singapore Strait.

Where: Singapore and Malaysia

When: Conducted annually since 1984

What: This bilateral exercise sees the RSN and Royal Malaysian Navy (RMN)

Did you know? The navies take turns to host the exercise each year. The 30th anniversary of Exercise Malapura in 2014 was hosted by the RMN and a new logo was unveiled to commemorate the occasion. It was also the largest edition of the exercise, with close to 600 personnel, six warships and two naval helicopters from both navies taking part.

RSN and RMN ships sailing in formation as part of Exercise Malapura 2018.

When: Conducted annually since 1994, currently 25th in its series

Did you know? The three air forces also participate in socio-civic programmes such as providing basic healthcare to the villagers living in the vicinity of the training area.

What: A bilateral training exercise involving the fighter aircraft of the RSAF and Indonesian Air Force (TNI AU)

Did you know? The 2018 exercise marked the 20th in the series. Over the years, the two air forces have gone from flying the F-86 Sabre and Hawker Hunter fighter aircraft in simple missions to employing the Hawk 109/209 and F-16 aircraft together in complex scenarios.

The RSAF's F-16C (left) and TNI AU's Hawk 209 participating in a mission during Exercise Elang Indopura 2018.

When: Conducted biennially since 1990

Did you know? In 2018, the RSAF was one of the biggest participants – with 330 personnel, five F-15SGs, six F-16C/Ds, a Gulfstream 550 Airborne Early Warning aircraft and a KC-135R air-to-air refuelling tanker. One of the highlights for the Darwin community during the exercise is the Mindil Beach flypast, where locals throng the beach for a showcase of assets from participating nations.

Where: Mountain Home, Idaho, US

When: Conducted biennially since 2005, currently seventh in its series

What: An integrated strike exercise involving a suite of sense and strike assets from the RSAF – such as the Heron 1 Unmanned Aerial Vehicles and the F-15SG and F-16C/D fighter aircraft – and the Singapore Army's Commando detachments

Did you know? The 2019 exercise marked several firsts for the RSAF. Not only did the A330 Multi-Role Tanker Transport (MRTT) make its debut in an overseas exercise, this was also the first time refuelling operations were conducted in Exercise Forging Sabre. The aircraft was also used as a transport carrier for the exercise – it flew 20 hours from Singapore to Idaho, ferrying about 130 exercise participants as well as logistics, making this the longest distance that the A330 MRTT has covered. 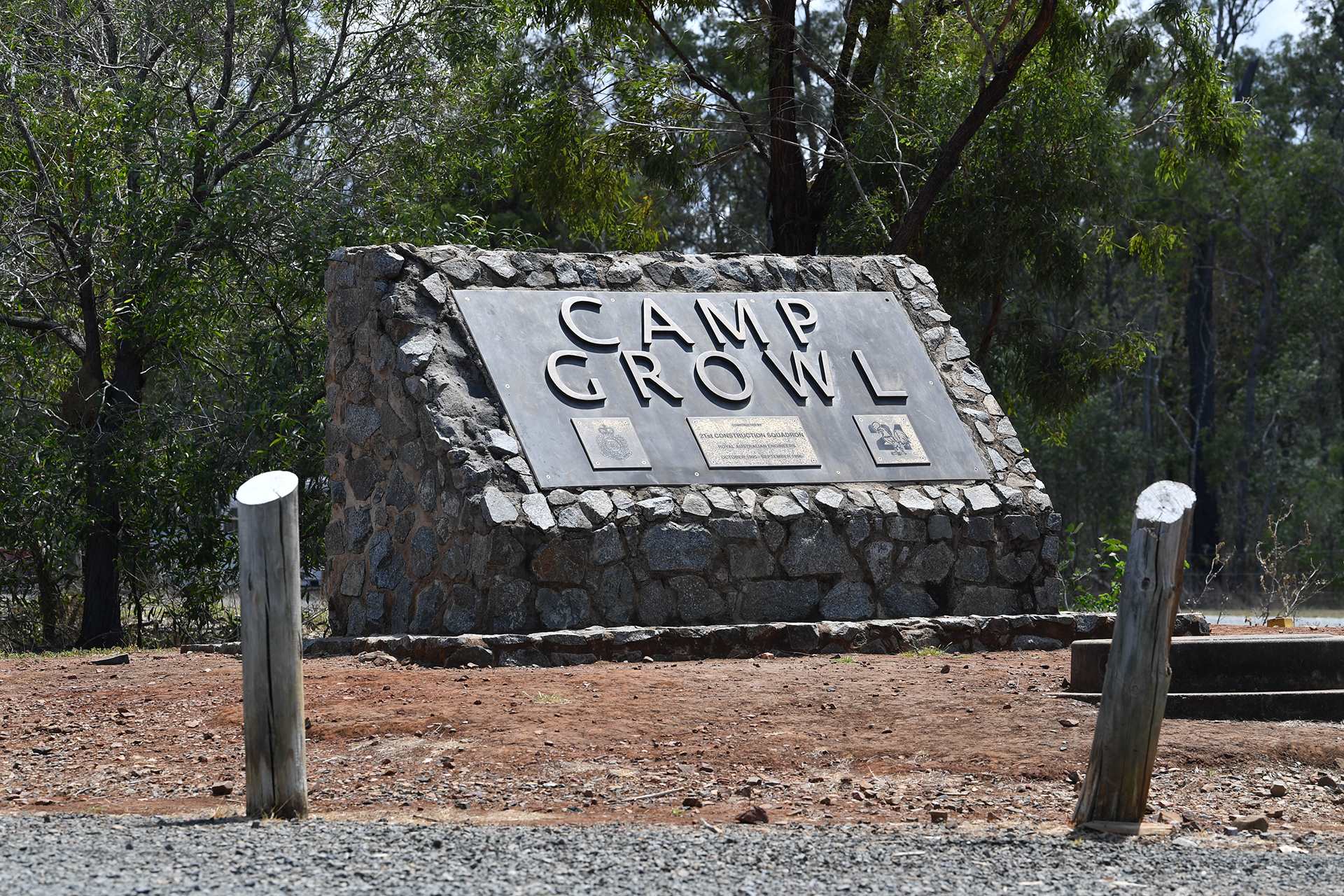 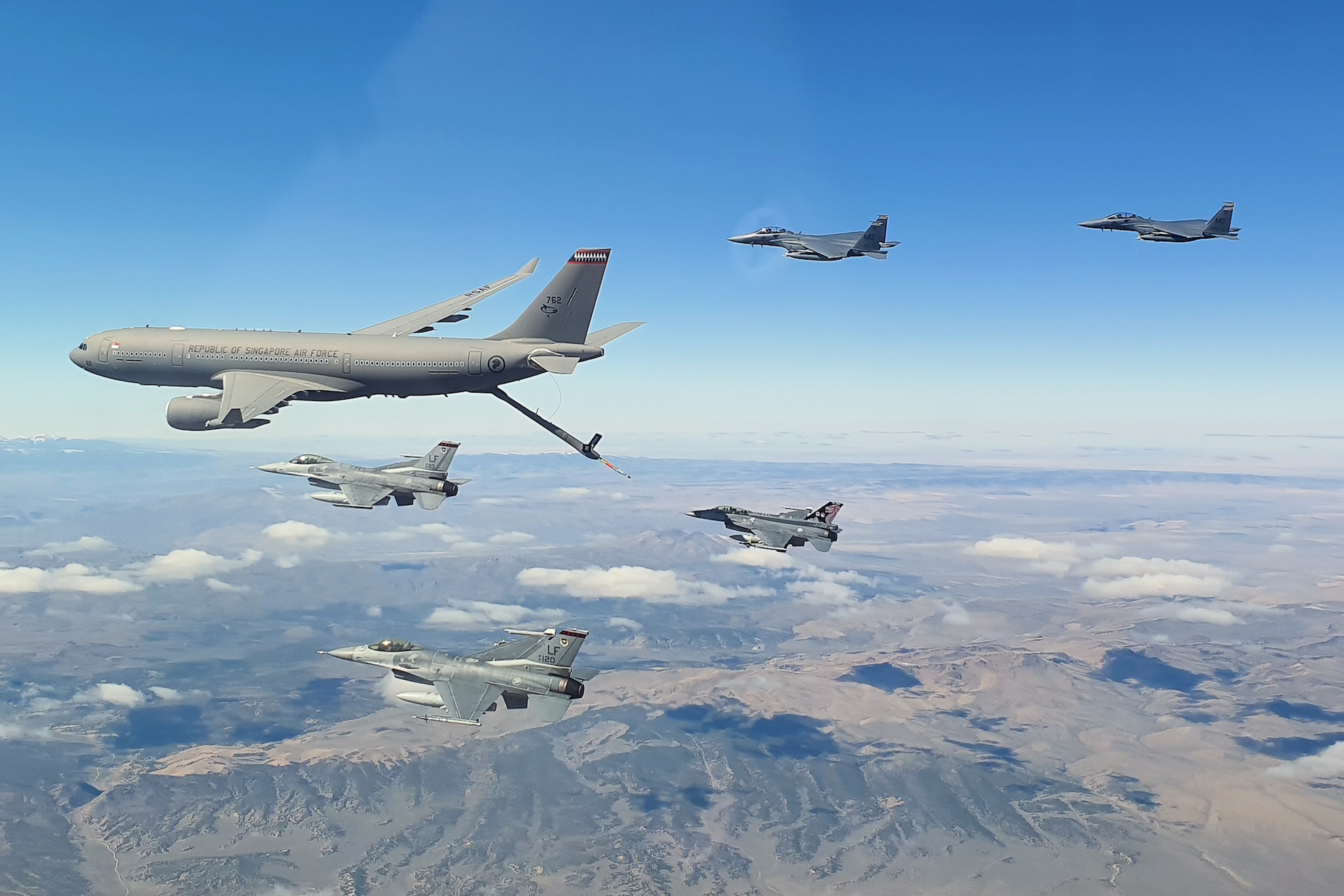 The Republic of Singapore Air Force's A330 Multi-Role Tanker Transport brings air-to-air refuelling capabilities to Exercise Forging Sabre for the first time. Watch how it ensures that fighter aircraft are always fuelled up for their missions! Here's what it’s like to be an Air Refuelling Operator on the new A330 MRTT at Exercise Forging Sabre.