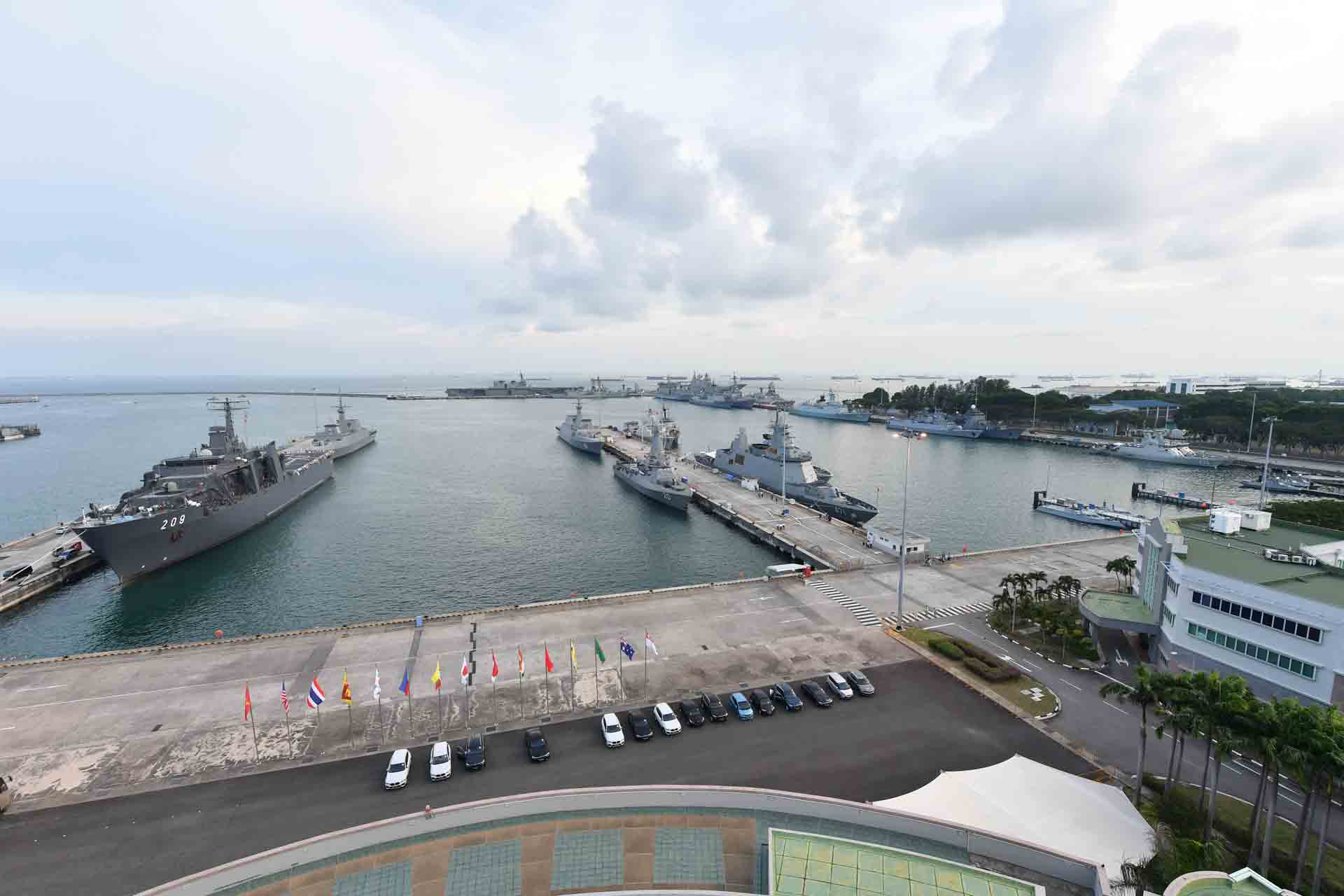 IMDEX Asia saw 21 foreign warships sailing in to take part in the warship display at Changi Naval Base.
English 华文

Once every two years, the who's who of global maritime defence gather in Singapore for the International Maritime Defence Exhibition and Conference (IMDEX) Asia.

Defence Minister Dr Ng Eng Hen opened this year's conference, held from 14 to 16 May at Changi Exhibition Centre, where he outlined the important role of the seas in shaping global connectivity.

"As global commerce has increased, so too has the significance of sea lines of communication as global arteries for trade," said Dr Ng. He then called for safe and open seas to ensure that global commerce continues and good relations between countries are maintained.

This need for a collective effort to ensure safe seas set the context for the International Maritime Security Conference (IMSC), organised by the Republic of Singapore Navy (RSN) and S. Rajaratnam School of International Studies, held on 15 May in conjunction with IMDEX Asia.

What are the threats to maritime security today?

In his opening speech, Dr Ng raised concerns of traditional threats to the global maritime commons. These include transnational terrorism, piracy, armed robbery and the trafficking of drugs, weapons and humans.

"We need to step up our intelligence efforts as…global terrorism shifts away from the Middle East and moves to other regions of the world, including this region." He cited that many experts believe the weapons used by militants in Marawi, Philippines came via the sea.

Another concern is the different rules adopted by different countries to govern the use of maritime commons. This has led to an increase in law enforcement-related incidents, noted Dr Ng.

Minister for Trade and Industry Chan Chun Sing, speaking at the IMSC opening dinner at J.W. Marriott, added that there is an emerging challenge to global maritime arising from digitisation.

In 2017, container shipping giant A.P. Moller-Maersk was hit by a cyberattack that disrupted 76 of its ports across four countries. "Undersea cables — the physical infrastructure for digital technology — carry the world's data. An attack or incident at the seabed could cut off vital data supporting entire nations," said Mr Chan.

Mr Chan speaking at the IMSC opening dinner, where he emphasised the importance of building trust through practical cooperation.

What is being done?

Both Dr Ng and Mr Chan stressed the need for countries to abide by common rules of the seas to ensure its shared use and the flow of maritime trade.

They also touched on three approaches that have been taken to promote cooperation:

1. United Nations Convention on the Law of the Sea (UNCLOS)

UNCLOS is an international treaty that was adopted and signed by over 150 countries in 1982 to promote a rules-based maritime order.

UNCLOS was "negotiated as a grand bargain…giving coastal states many new rights — for example, exclusive economic zones — and recognising that these (zones) remain as international waters for shared use," said Chief of Navy Rear-Admiral (RADM) Lew Chuen Hong during his opening remarks for IMSC.

"What UNCLOS did was not to remove competition (but) rather, (to set up) norms that allow for competition without leading to conflict," he added.

Building on the framework of UNCLOS, CUES was signed in 2014 to reduce the chance of an incident or miscalculation at sea.

CUES was adopted and practised by the ASEAN Defence Ministers' Meeting-Plus navies in November 2017. It was also practiced at the first ASEAN-China maritime exercise held last October, said Dr Ng.

To strengthen practical cooperation, the RSN opened the IFC — a regional maritime security centre that promotes information sharing among navies, coast guards and other maritime agencies.

Last year, the IFC successfully identified and tracked a fishing boat suspected of contraband trafficking, said Dr Ng. The IFC worked with the Indonesian Navy to facilitate her capture in the waters off Batam, and a tonne of crystal methamphetamine was discovered on board.

The IFC celebrates its 10th anniversary this year.

What about the South China Sea?

Dr Ng noted that members of ASEAN and China have set up a framework for a Code of Conduct (COC) in the South China Sea that can pave the way for agreement on norms and conflict prevention in the disputed waters.

He said: "It is good that ASEAN and China have come to an agreement on a single draft negotiating text, and all of us urge quick progress and an expeditious conclusion of a meaningful and impactful COC." 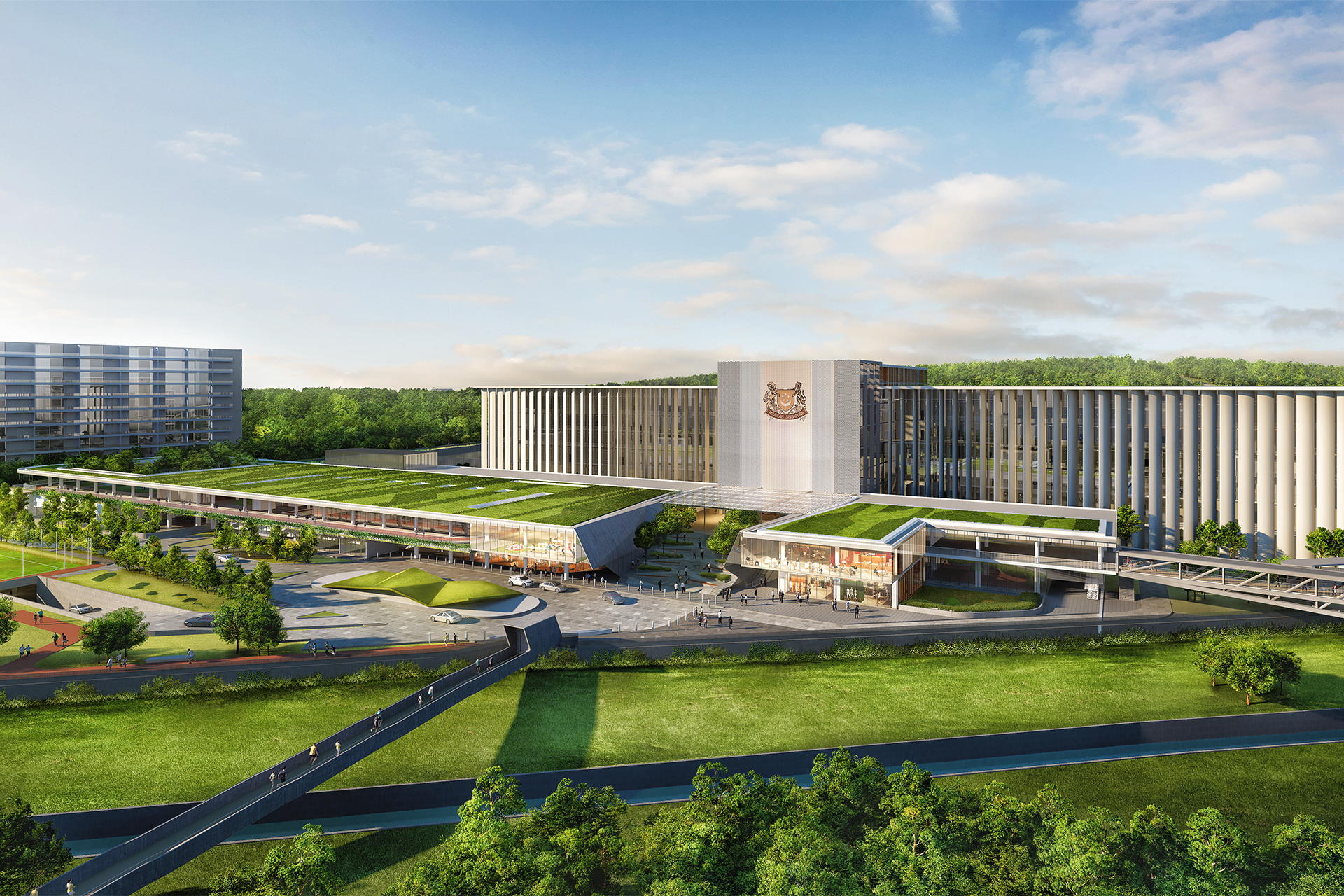 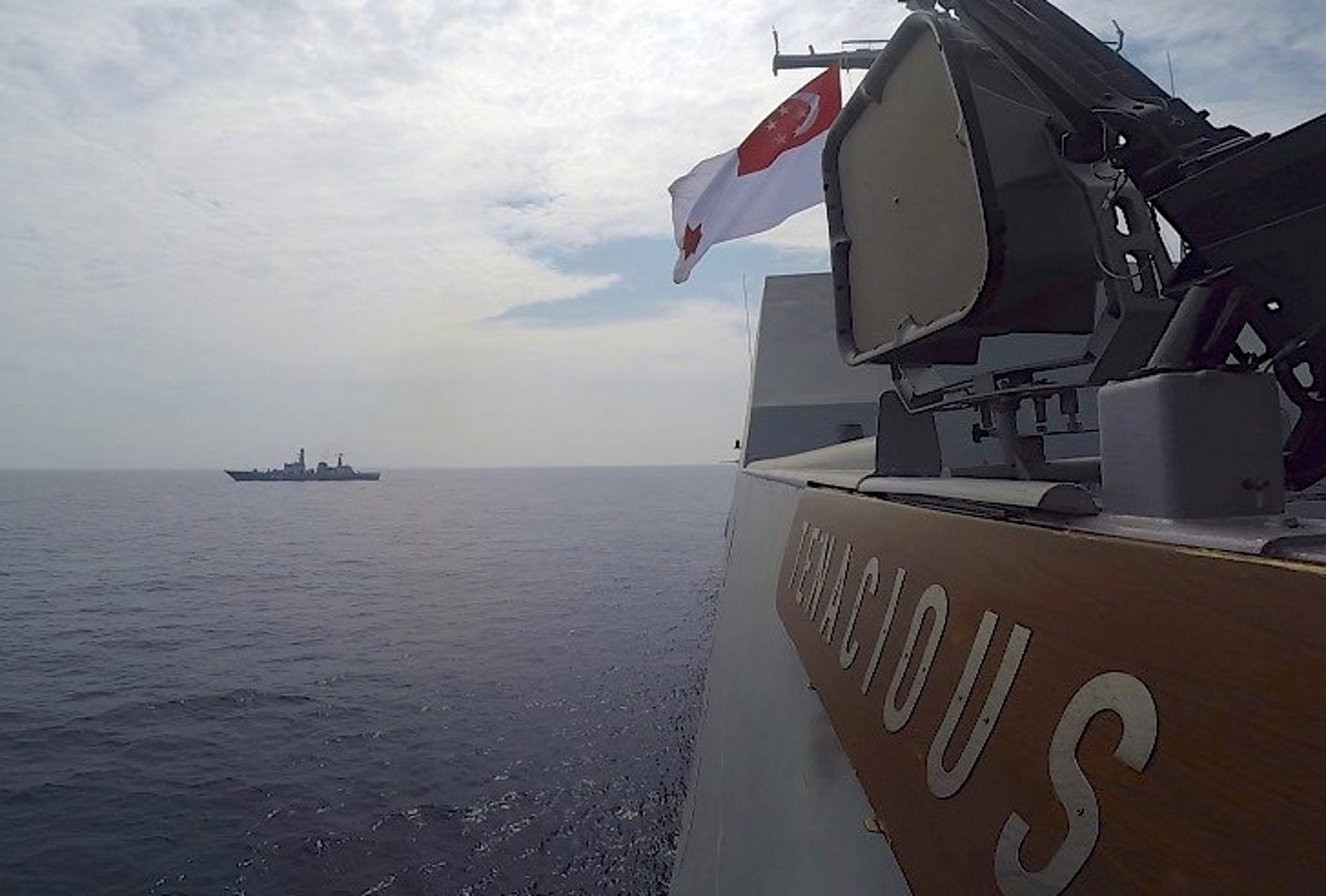 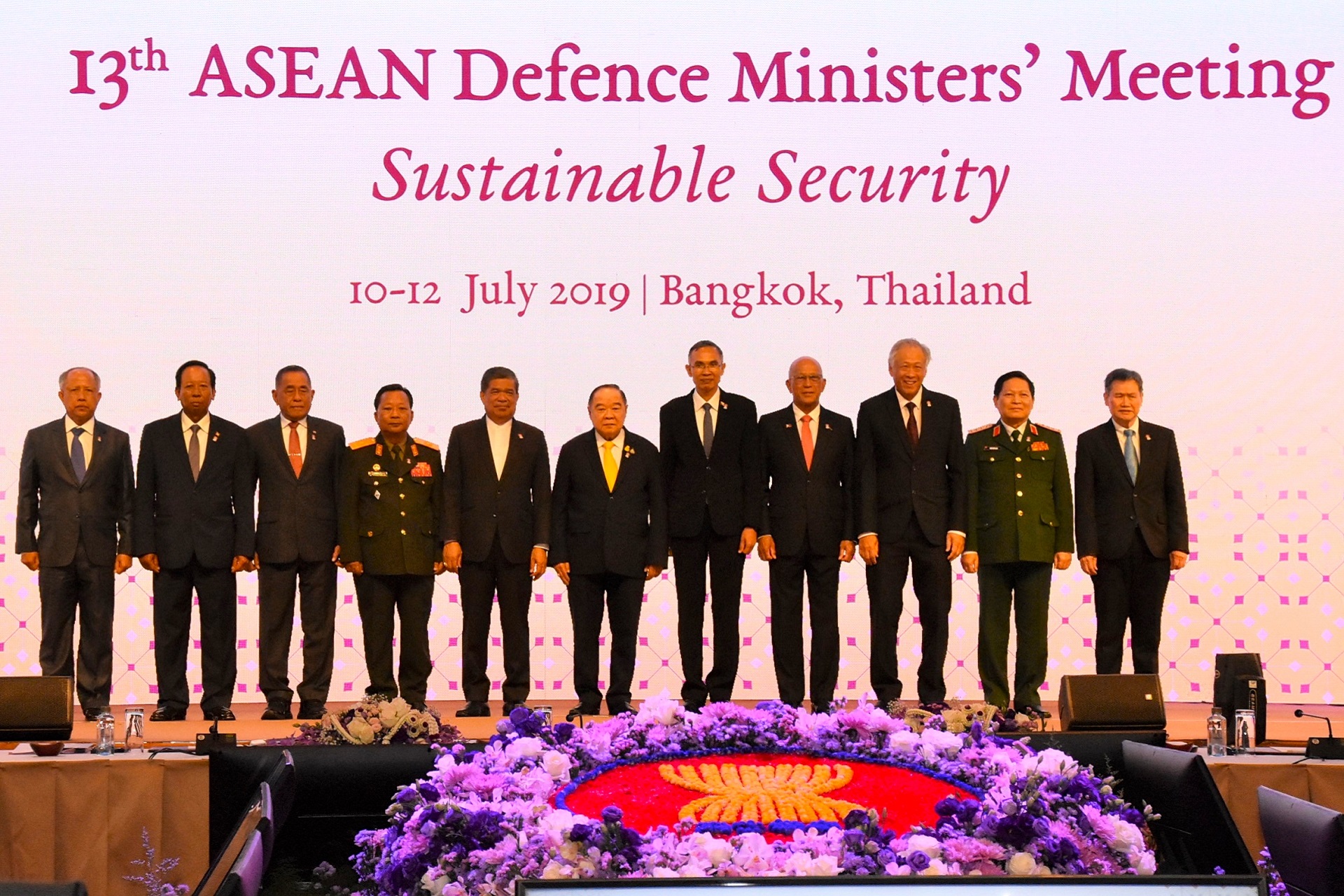 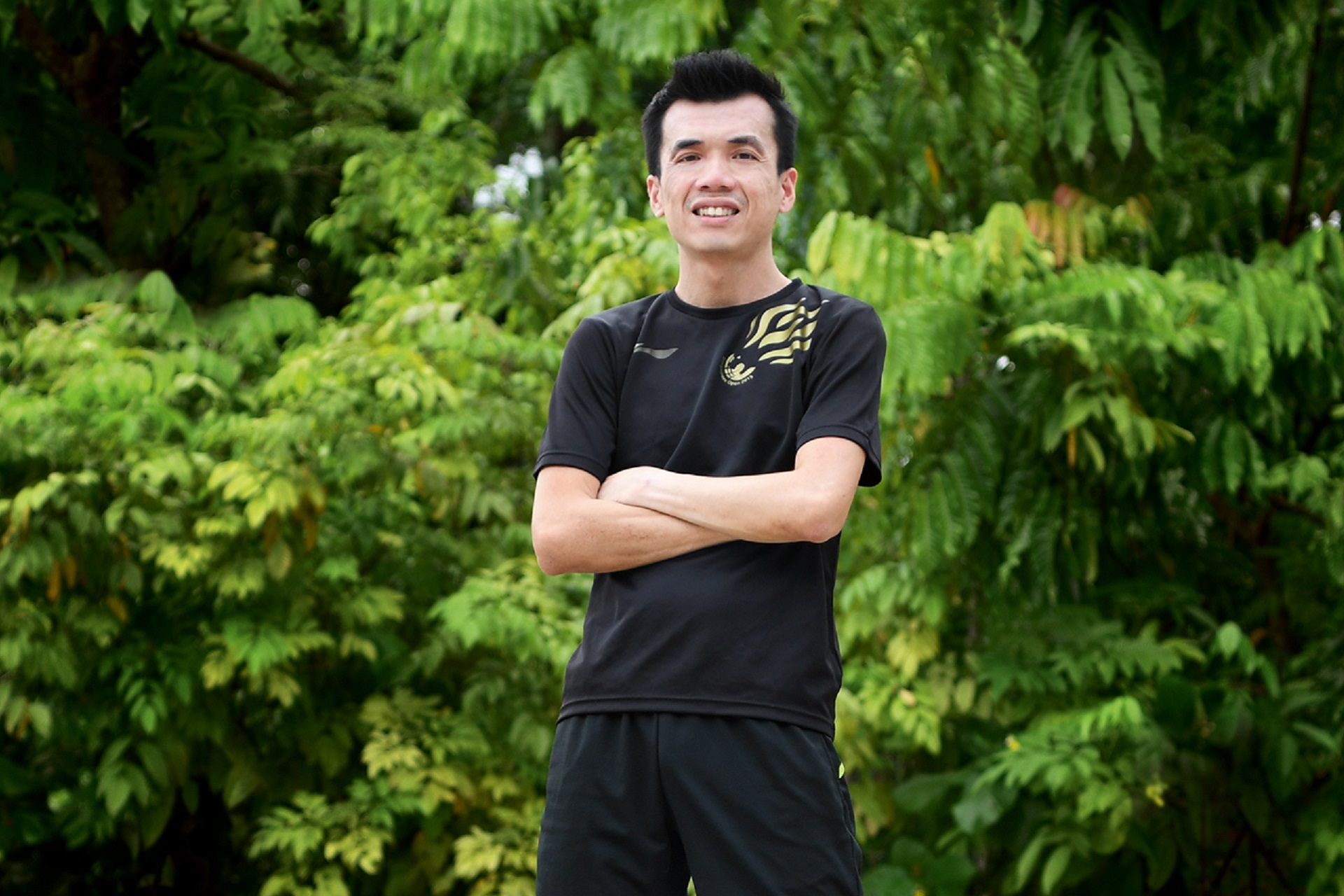 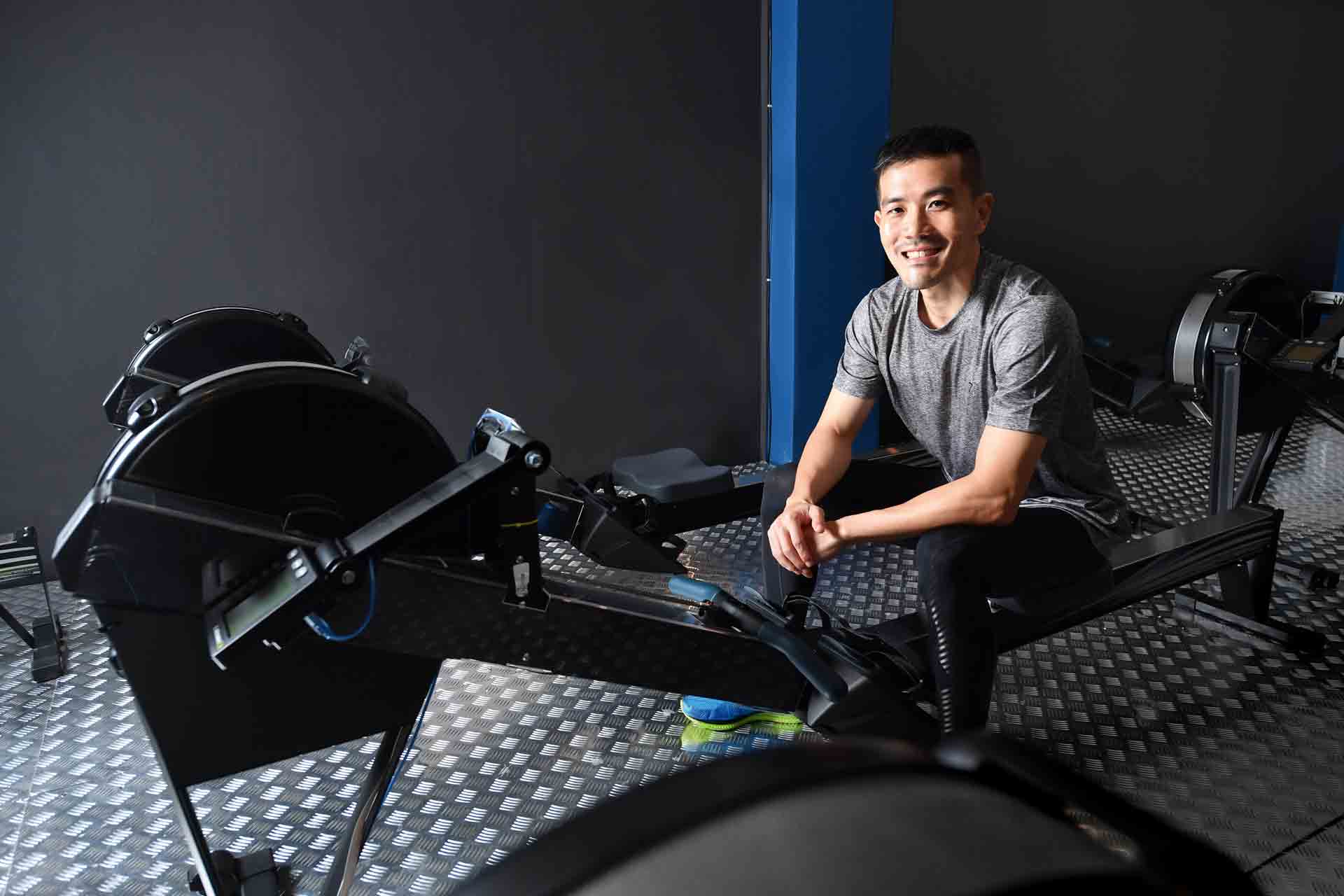 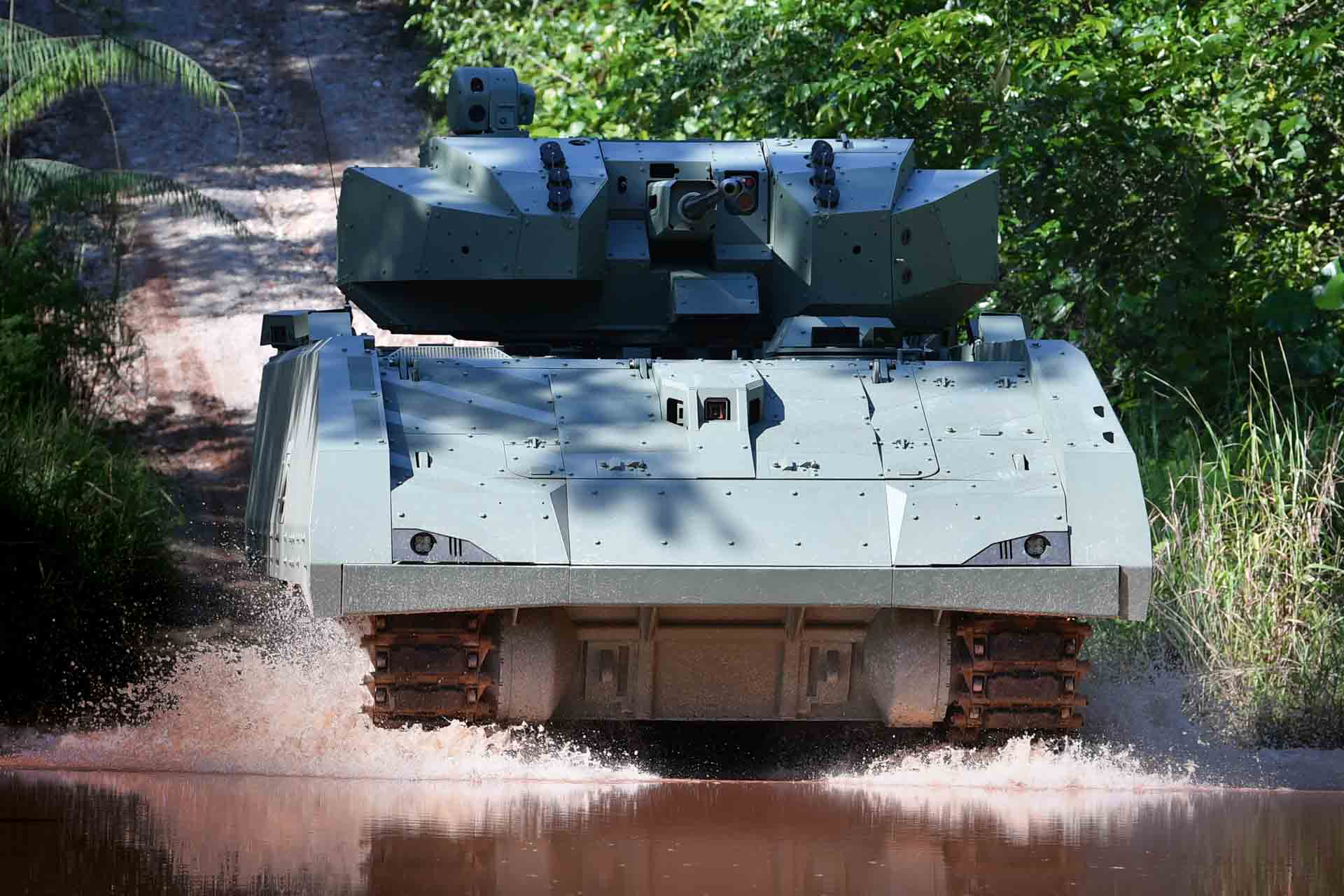