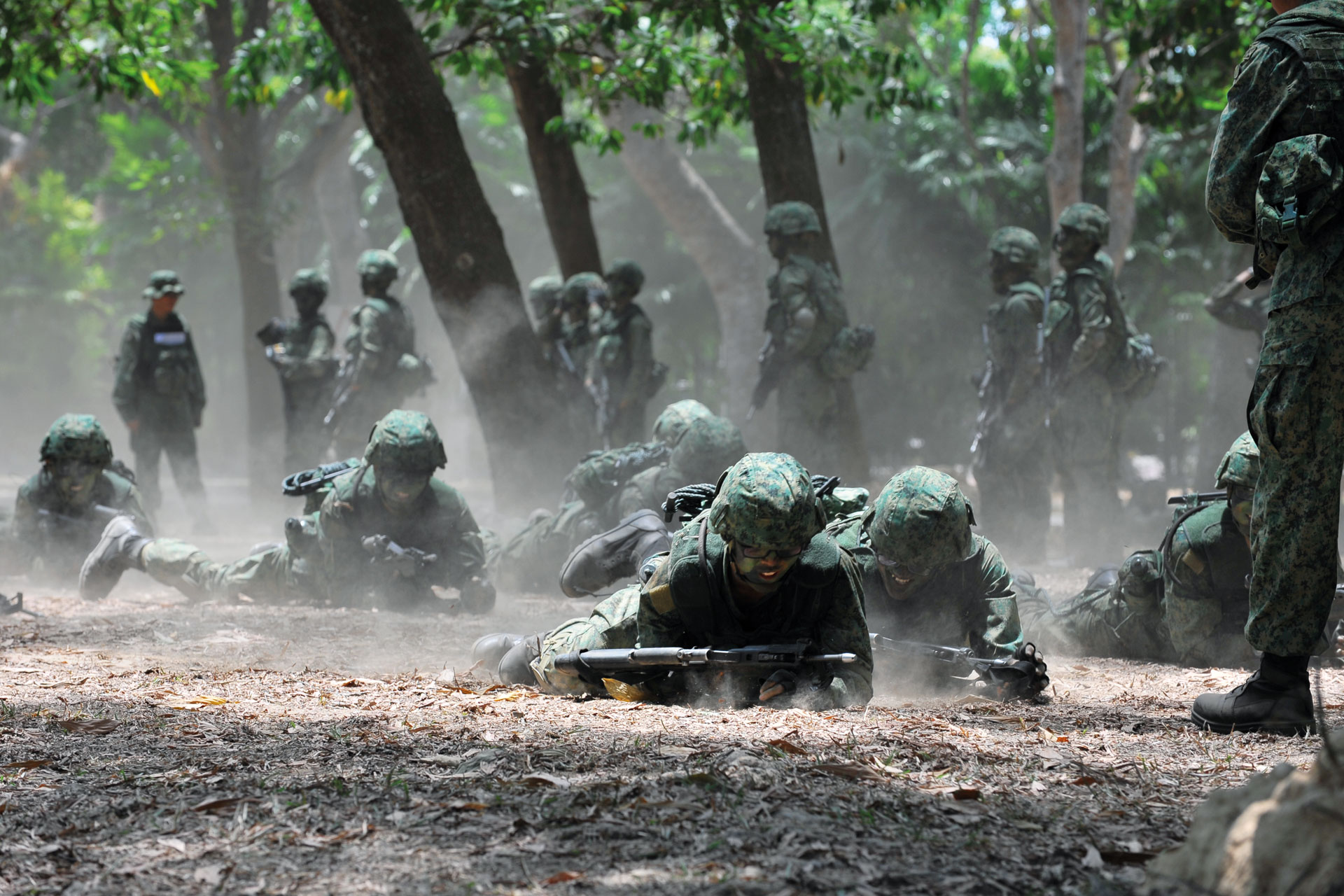 Improved NS experience for all

PIONEER gives you the lowdown on the Ministry of Defence's and Singapore Armed Forces' (SAF's) latest initiatives to strengthen National Service (NS).

You've probably heard or read about it in the news: Almost all combat-fit Full-time National Servicemen (NSFs) will enlist into Basic Military Training Centre (BMTC) at Pulau Tekong.

This was announced by 2nd Minister for Defence Ong Ye Kung during the Committee of Supply debates in Parliament on 2 Mar.

Under the One-BMT programme, NSFs who were posted to mono-intake units — with the exception of commandos and naval divers — will now enlist into BMTC for a common nine-week BMT and stay together as a unit from the start of their NS journey.

"These NSFs will benefit from BMTC's dedicated training experience, infrastructure and the use of technology. Most importantly, they will share a common experience, within the unit, as well as within the larger SAF tribe," explained Mr Ong.

From the new One-BMT programme to the trial of an Artificial Intelligence (AI)-enabled chatbot to greater fitness-training flexibility for Operationally Ready National Servicemen (NSmen), each initiative aims to improve the overall experience of every serviceman throughout his NS journey.

Last year, the SAF introduced the e-fitting system at Central Manpower Base (CMPB). Instead of having to manually measure their body dimensions, pre-enlistees just need to go through infrared body and foot scanners to find a quick and accurate gauge of their uniform and sports shoe sizes.

This year, selected pre-enlistees and NSFs can access a chatbot called "NS Buddy". Think of it as the SAF version of Siri — it can answer your NS-related questions anytime, anywhere.

For example, ask the NS Buddy "What is BTP?" and the chatbot will tell you that it stands for Basic Train-fire Package and explain to you what that is. It will even churn out some advice for good measure: "Aim properly. Don't be a bobo shooter. Safety First!"

Just don't ask the bot questions like "Is it going to be CAT 1 (SAF term for inclement weather)?" in the hope that training will be cancelled.

The SAF and the Defence Science and Technology Agency are trialling the NS Buddy. Its knowledge base is also being expanded to include more NS-related content.

If you were previously from a mono-intake batch, you'd probably remember this: While your peers who enlisted into BMTC at Pulau Tekong were catching up over meals at White Sands before booking in, or talking excitedly about a certain female platoon, you were feeling a little left out. After all, you did your BMT elsewhere.

Today, all that has changed. Now, practically all combat-fit NSFs go through a common nine-week training phase with other enlistees on Pulau Tekong under the One-BMT programme which was implemented last November.

Trials for the programme began in August 2016 and more than 2,500 NSFs have since benefitted from it. For 2nd Lieutenant (2LT) Syahir Ally Bin Sa'ari, what made One-BMT memorable was the building of unit identity.

The 25-year-old was among the first batch of NSFs who went through the programme, and received his posting to 3rd Battalion, Singapore Infantry Regiment (3 SIR) at the SAF ferry terminal. During BMT, he was trained by both BMTC and 3 SIR commanders.

"We were given a 3 SIR patch and our physical training kits were blue instead of the usual green that BMTC recruits wore," recalled 2LT Syahir, who is now a Platoon Commander in 3 SIR. "Our 3 SIR commanders also put up a "Home of the Scorpions" banner in BMTC School 3 (our school) as a representation of our unit. This gave us a sense of pride."

The convenience of accessing the training infrastructure at BMTC was another benefit of One-BMT. For instance, 3 SIR mono-intake recruits training at Selarang Camp in the past had to take a ferry to Pulau Tekong to go through the Battle Inoculation Course.

"Now, the facilities are all in one location and this saved a lot of time," said 2LT Syahir.

Specialist Cadet (SCT) Liew Yong Quan, 22, had indicated Guards as his vocation interest during pre-enlistment and was delighted when told he had been posted to 1st Battalion, Singapore Guards (1 Gds) on his first day at BMTC.

Just like 3 SIR, his unit hung the 1 Gds banner at his school to build the Guards identity among the recruits. Despite being in different companies, they often talked to one another.

"It felt like home," said SCT Liew, who has since graduated from BMT. "I really look forward to reciting the Guards creed and, if there's a chance, I want to sign on as a guardsman."

We can now do our part (and more)!

Today, there are more opportunities than ever for NSFs like Recruit (REC) Dineru Priyalal Premasinghe in the SAF.

The 19-year-old, who suffers from childhood asthma, indicated his interest in becoming a security trooper during the pre-enlistment stage.

Based on the physical requirements of the role in the past, he would not have been eligible to serve as a security trooper because of his medical condition. But today, he could very well be deployed as one.

Through the increased use of technology, more servicemen can now take up roles that would previously be taken up only by those who met the stringent physical requirements.

For example, the SAF has introduced new watch towers with advanced sensors for the protection of key installations at Jurong Island.

Instead of standing for long hours using binoculars to look out for threats, security troopers can now operate the Unmanned Watch Towers remotely from unit headquarters. It also removes the need for troopers to run up and down the towers.

Said REC Dineru: "It's an excellent initiative…because I'm able to go into vocations that I was previously not eligible for. It’s very encouraging and (this) motivates me to serve better."

"With technology, you can no longer draw a firm line between being combat fit and non-combat fit. Take, for example, the personnel operating autonomous systems in the control room — they are in combat, even though they are not physically exerting."

Rather than adhering to the SAF-conducted IPT regime, NSmen will be able to choose their exercise — be it cycling, running, doing weights or interval training — and clock a valid IPT session through fitness wearables like the Fitbit, as long as they achieve the required intensity and calorie burn.

The trial is currently ongoing at all four SAF Fitness Conditioning Centres and the SAFRA Toa Payoh gym.

Guess there are no more excuses to skip IPT. 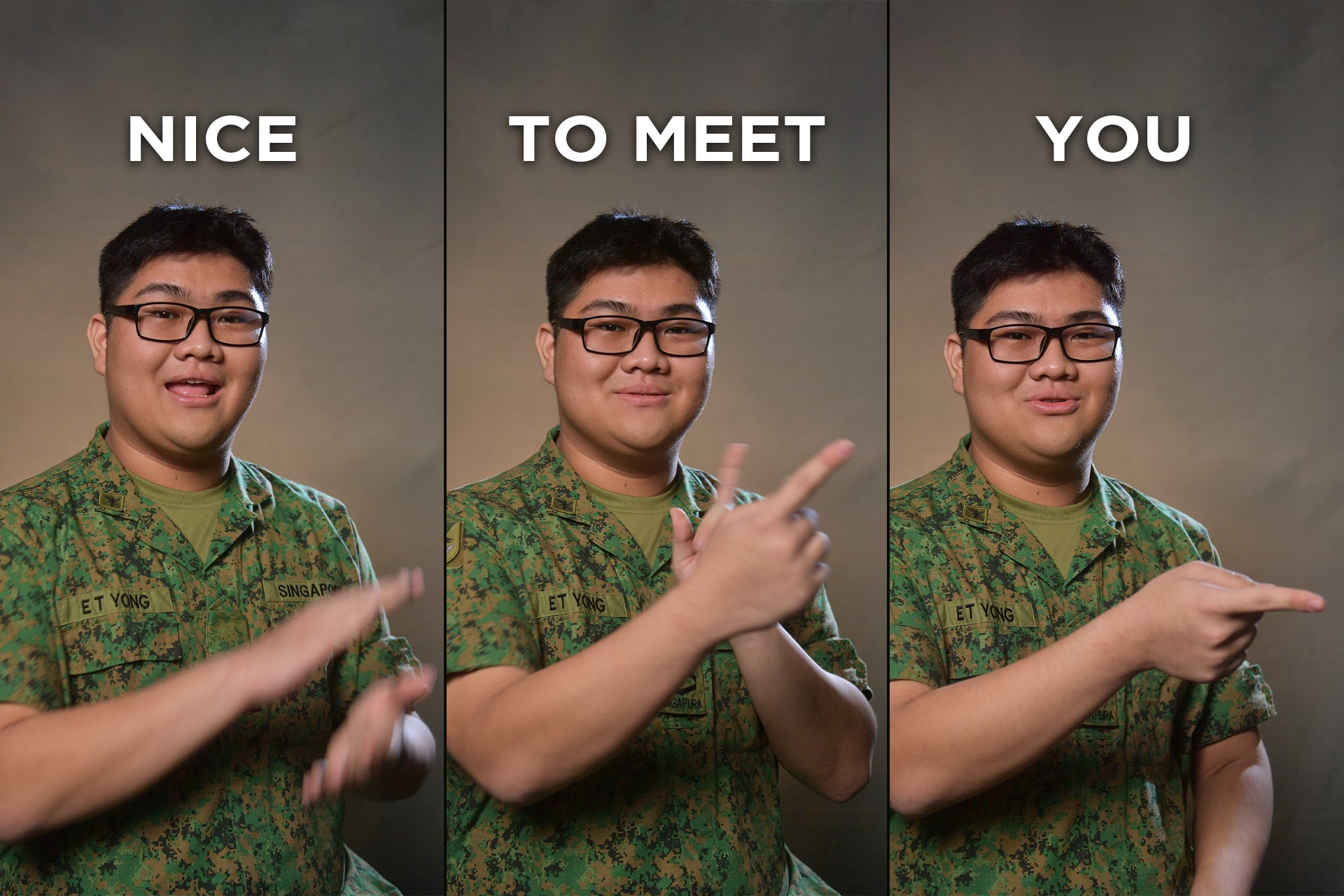