CPL (NS) Pang excelled on the world stage as a national table tennis player while serving his full-time national service.

Here's five things you need to know about him:

In Aug 2019, he became the first table tennis player from Singapore to become the Under-18 world No. 1.

Koen (right) capped off his SEA Games debut in 2019 by defeating teammate Clarence Chew in straight sets to win the men's singles title.

He created history again at the 2019 SEA Games by becoming the first Singapore-born table tennis player to win the men's singles gold medal.

In 2020, while serving his NS, he clinched the Sportsboy of the Year award at the Singapore Sports Awards.

2. He is an infantryman

In July 2020, he enlisted for full-time National Service (NS) as an infantry trooper with 1st Battalion, Singapore Infantry Regiment (1 SIR).

He operates the Section Automatic Weapon or SAW. Just like any infantryman, he chiong sua (hokkien for charging up the hill), dug shellscrapes, and went on route marches.

3. He is a model national serviceman

Due to his sports background, CPL (NS) Pang's fitness was usually better than his platoon mates but he always supported and motivated them during training.

On what motivated him to put in his best effort in 1 SIR, CPL (NS) Pang said: "It's my friends, my platoon mates…I just want to do this with them because it's a once-in-a-lifetime experience."

CPL (NS) Pang was given the NSF of the Year 2021 award in recognition of his strong performance as well as support for his peers during NS.
CPL (NS) Pang (centre) with his section mates from 1 SIR.

Unlike his peers who could rest after booking out, CPL (NS) Pang would be training with the national team at the Singapore Table Tennis Association on his weekends off.

His hard work paid off at the 2021 World Table Tennis Championships in Houston, United States. The then-world No. 161 upset Brazil's 38th-ranked Gustavo Tsuboi 4-2 to reach the top 32.

Whenever possible, CPL (NS) Pang’s commanders would grant him time off for table tennis training and competitions.

The 20-year-old plans to play table tennis full-time after completing his full-time NS on 10 May.

His immediate goal is to win medals for Singapore at the upcoming SEA Games, Commonwealth Games and Asian Games this year. He also aims to qualify for the 2024 Olympic Games.

CPL (NS) Pang With his teammates from the Singapore table tennis team.

"I hope Singaporeans will support Team Singapore in our upcoming games," he said.

Watch this video to catch CPL (NS) Pang in action as an infantry trooper and table tennis player! 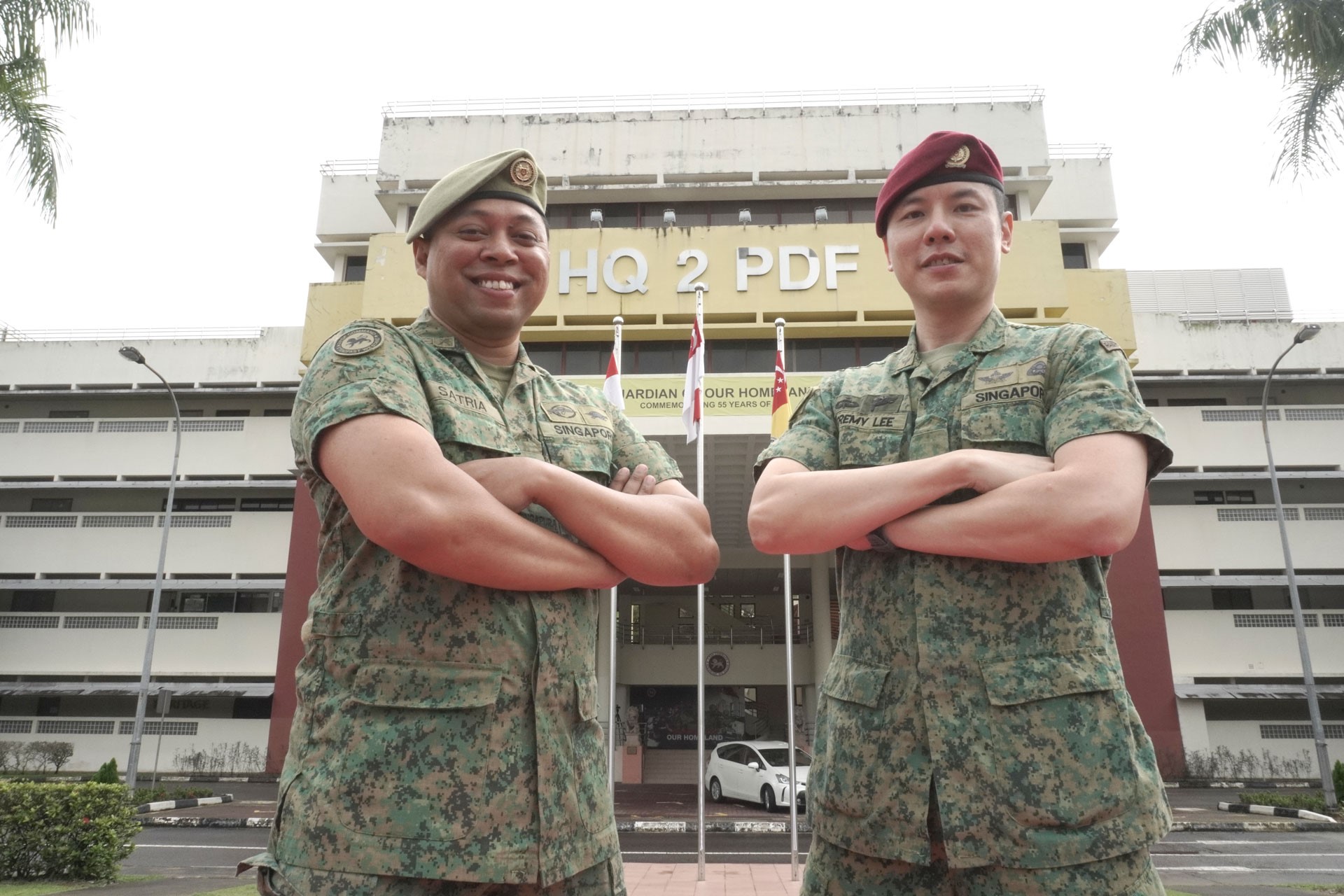