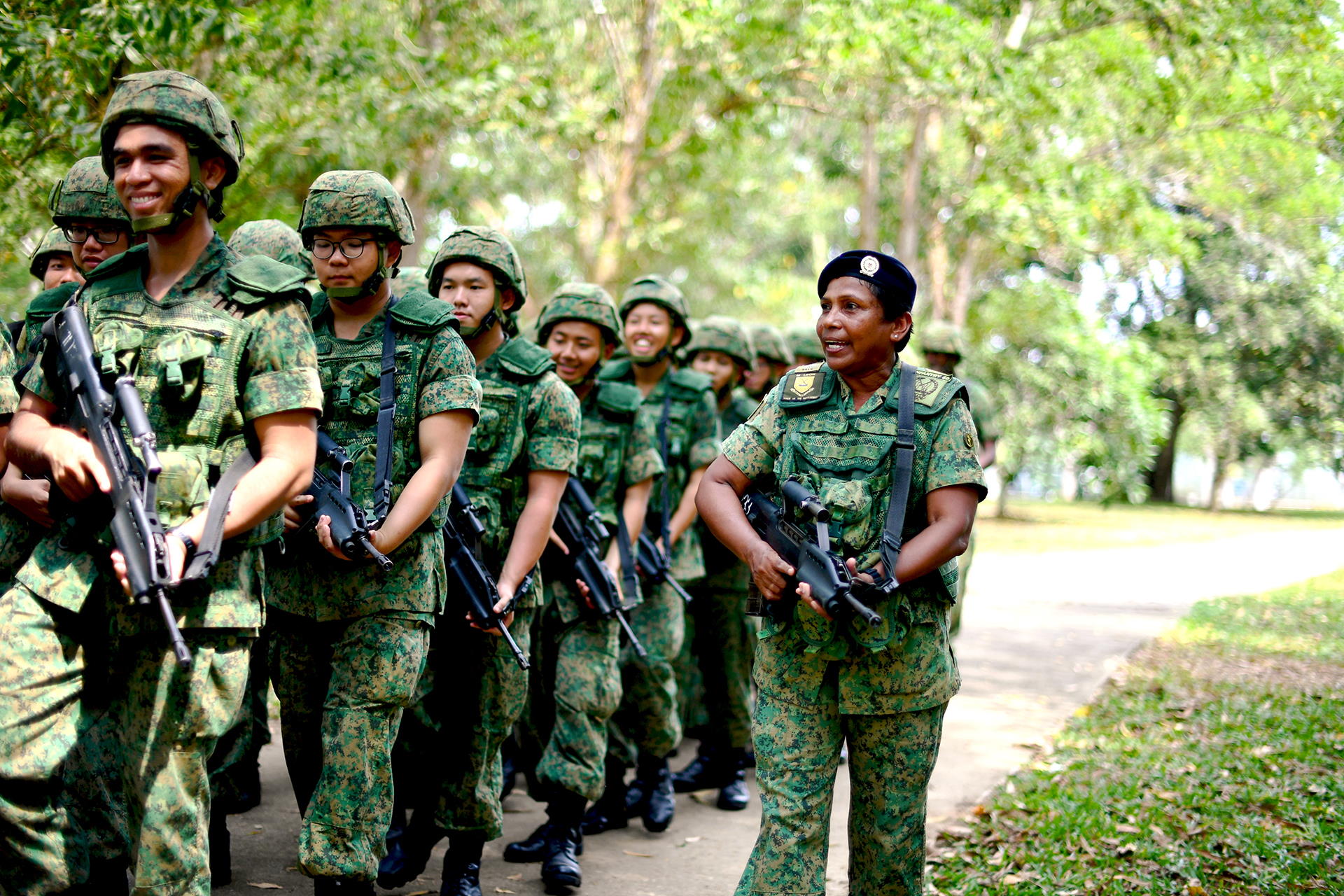 She's a Leonheart at BMTC

Pulau Tekong – where fresh-faced recruits are drilled to become soldiers as they sweat it out in battle courses and trudge through forested terrain.

Nothing unusual here, except that one of commanders roughing it out with the men happens to be a 61-year-old grandmother.

With a spritely manner that belies her years, 1st Warrant Officer (1WO) Margaret Leon still soldiers on as a Platoon Commander in BMTC's School 1, Charlie Company.

She leads route marches with a 20kg field pack on her shoulders, gets into the dirt to demonstrate trench-digging and sleeps out in the jungle to teach her men about field camp.

Ageless in the Army

1WO Leon served as a Signal instructor for about 30 years. Photo courtesy of Signal Formation.

Back in 1976, 1WO Leon joined the military as a clerk as she was drawn to the regimental life. About 10 years later, she got the chance to become a combat trainer, then combatant. There's been no stopping her since.

She has served as an Officer Cadet School instructor, Signal specialist and Company Sergeant Major in 8th Singapore Armoured Brigade. She was even deployed for a humanitarian mission in East Timor for three months with 1st Signal Battalion, before spending most of her career as an instructor in Signal Institute (SI).

It was also in the Army where she met her husband in 1986, who became a fellow warrant officer in SI.

By 2013, she was 55 and ready to retire. But her Commanding Officer (CO) asked her to extend her service.

"She never gets tired of teaching and always has a passion to impart her knowledge to the guys – that's what I admire about her."

So 1WO Leon took on a contract for two years. Then, another three. In 2016, she volunteered to serve as an instructor at BMTC, ending her three-decade-long service in Signals.

"I've trained officers, specialists and operators. Now I've a chance to take on recruits. When I leave the Army, I would have completed the full experience."

"I'm doing the same exercises as my boys…that's what pushes them," says 1WO Leon, who still runs and takes part in route marches with her recruits.

There is no secret behind 1WO Leon's fitness. She gets a gold award for her Individual Physical Proficiency Test every year and says it comes from pure hard work. (She still indulges in her favourites: mutton biryani and chai tow kway.)

Her regime includes early morning training on Mondays, Wednesdays and Fridays before joining her recruits for their morning run; as well as exercising with her husband on weekends.

This discipline translates to training in BMTC, where she sets high standards for her sergeants. For instance, her sergeants have to ensure that their recruits pass their various tests by the second assessment.

1WO Leon also leads by example. "I'm doing the same exercises as my boys, so if they can't do it, I'll say, 'Ancient lady can do, young boys cannot do?'

"So my weakest boys always compete with me, that's what pushes them."

Despite her strictness, 1WO Leon is fondly remembered as being a "mother goose" to the boys, as LTC (NS) Ong attested.

While in SI, she made a habit of writing to the boys in their weekly reflections. Once, a boy expressed difficulty in talking to his mother, a busy single parent. 1WO Leon advised him to treat his mother to a weekend brunch and talk to her.

"He wrote back: 'Thank you Ma'am. I am now having this weekly conversation with my mum.' I was so happy (to see that); I do that for all my boys in our journaling," she said.

Journals might seem old-school these days, but 1WO Leon still keeps her doors open to the recruits if they need someone to talk to. When on duty, she waits until after their lights-out before heading to bed around 11pm.

"If I have family or work issues, I can openly discuss it with Ma'am and she’ll help me out. From working with her, I’ve become more patient and reasonable with the recruits. It’s a totally different approach (from scolding)."

1WO Leon has made an impact on her men and she does not intend to stop anytime soon. "Aren't I blessed?" she pointed out.

"This is what I'm proudest of in my career: that until today, people recognise that I'm fit to be in the Army."

1WO Leon (left) with her husband – who is holding their grandson – along with their son and daughter-in-law in 2018. Photo courtesy of 1WO Leon.

Correction: 29 Nov 2019
An earlier version of this article misstated the year that 1WO Margaret Leon volunteered to serve as an instructor at BMTC. It should be 2016, not 2018. The United States (US) Military at West Point is one of the most prestigious military academies in the world, known for its highly competitive admission standards. This June, Singapore’s own Lieutenant (LTA) Soon Wei Kang was among its graduates in a 1,151-strong cohort. 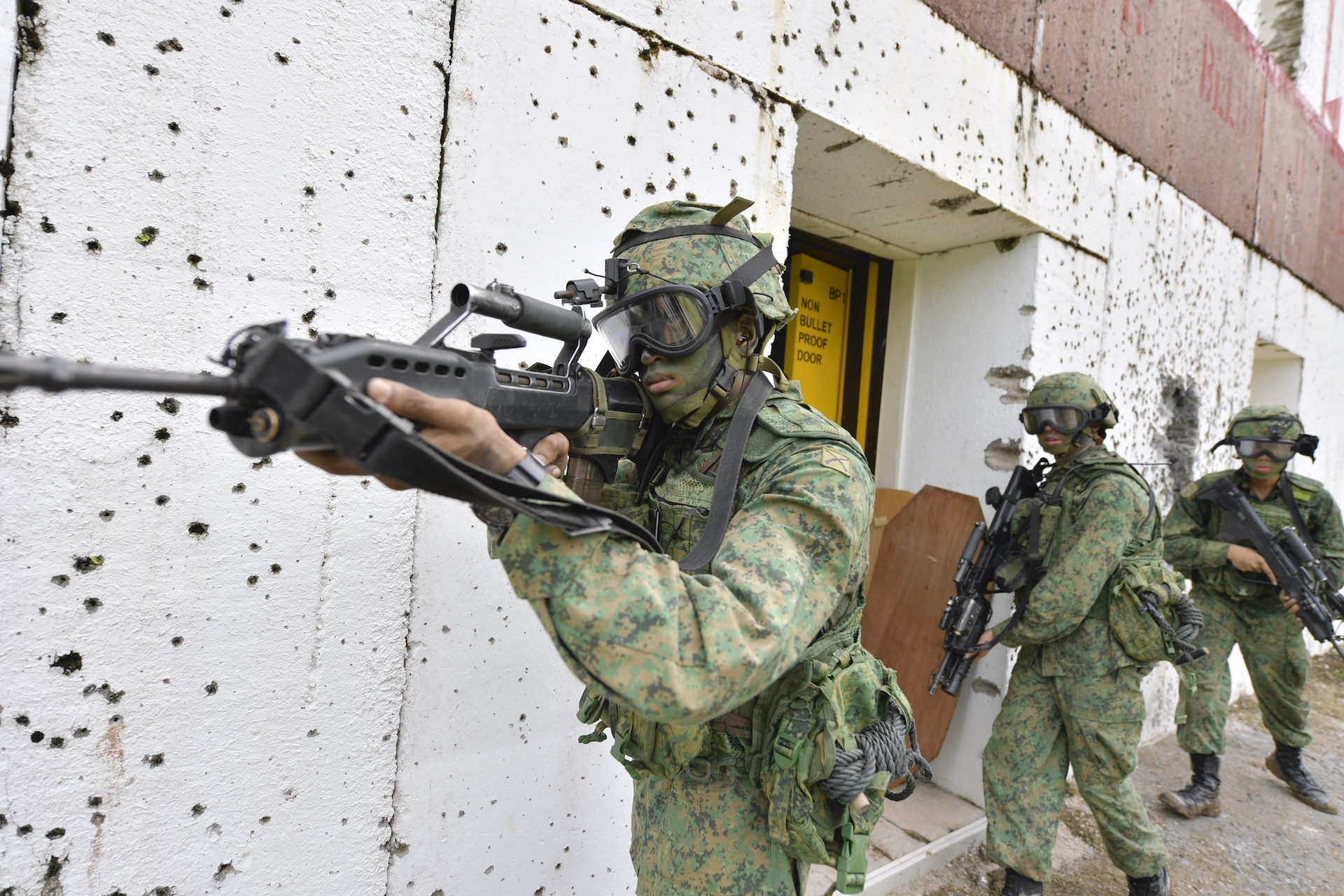 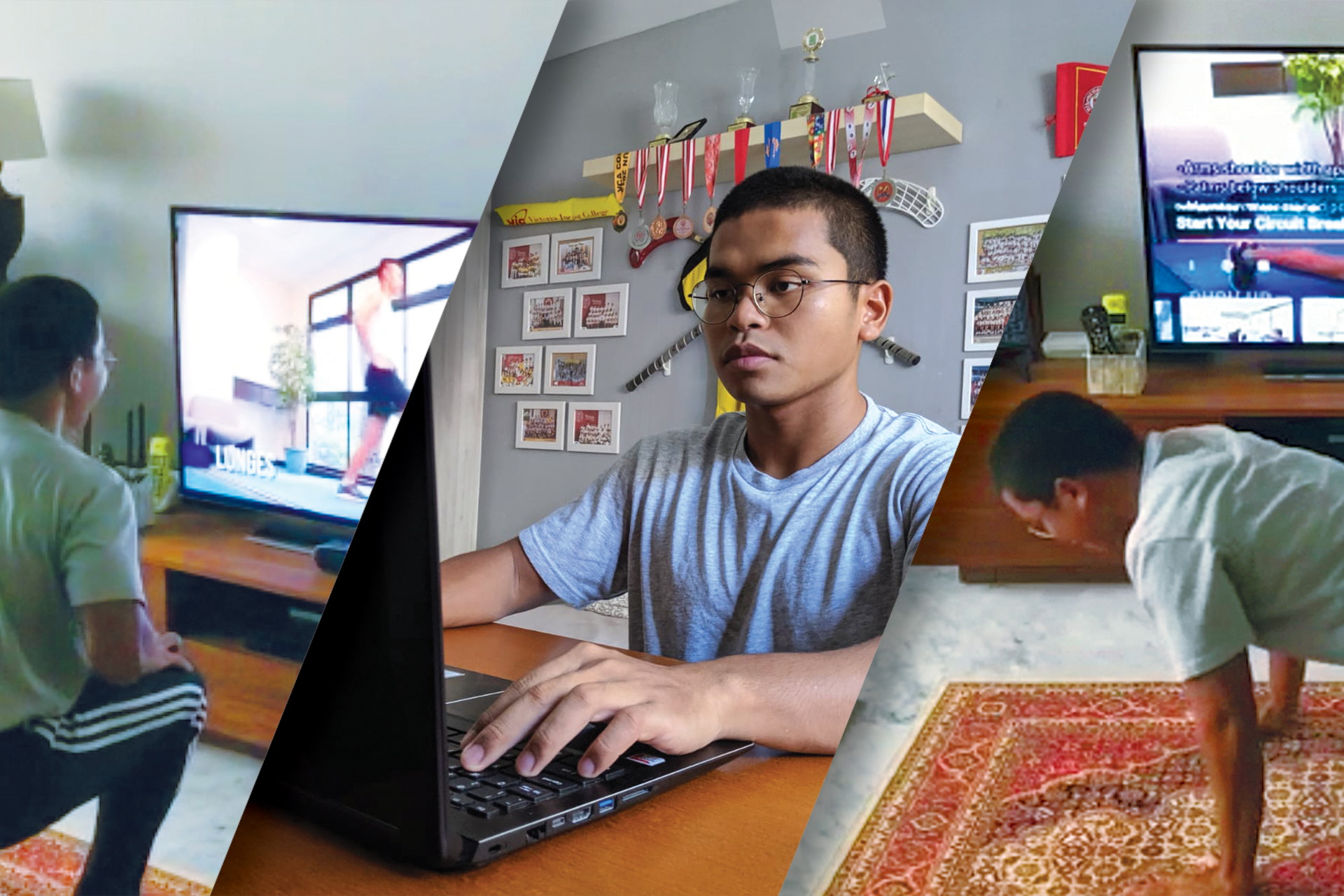