Although our divers were looking forward to welcoming their families and loved ones to witness their graduation, they understood the importance of safe distancing in light of the current situation. Thus, the graduating class was divided into small groups and individually presented with their hard-earned combat diver badge to signify this milestone. Kudos to the 52nd batch of divers for graduating - but for also taking the challenging situation in their stride and being socially responsible! Hooya! Congratulations to our Award Winners!

From left to right:

3SG Alex Liew Jun Jie was awarded the Distinguished Graduate Award. He stood out as someone with the willingness to serve and earned his batch mates' respect as a leader.

3SG Chua Zhi Sheng earned the accolade of being the Top Graduate! During the course, 3SG displayed exemplary attitude and demonstrated excellence in both diving competency and knowledge.

CPL Ng Wei Jie's unquenchable determination and consistent improvement during the course did not go unnoticed. He was recognised with the Fire in the Gut award! 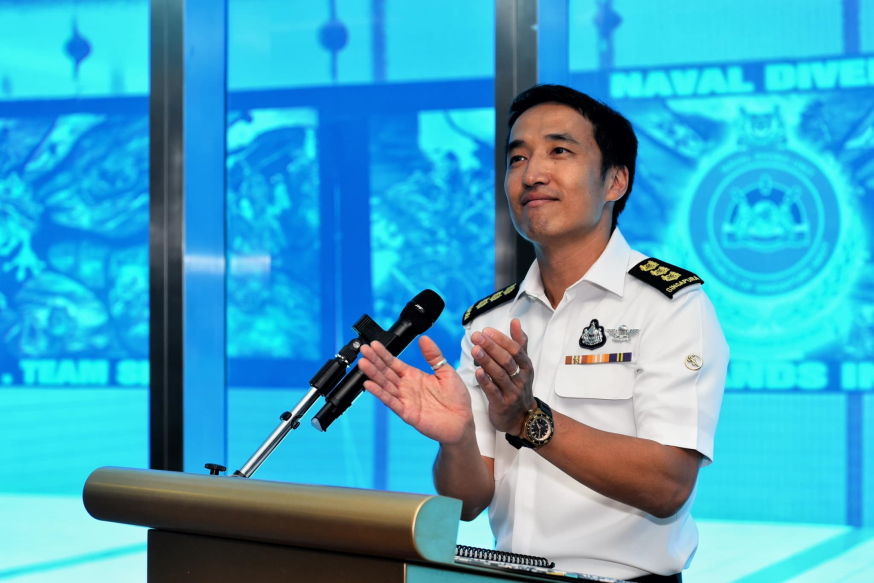 "While your parents and loved ones cannot be here today, the NDU team has come out, within the constraints of safe distancing to cheer you on. This is the spirit that we have in NDU - to be operational and adaptable. You are a part of this team now, and I thank you and your parents and loved ones for being team players; for working with us closely to understand and make this the best graduation possible given the situation. Your batch will always have this unique story to tell, and will always be remembered for the decorum you have maintained." - Commander NDU COL Chew Kuok Hsin

The graduation ceremony, including COL Chew's speech, was video-recorded and will be distributed to our graduates' families so that they too can share in their loved ones' milestone.