Seek Out Your Enemies, Before They Eliminate You

Some of the best from the Fleet formed teams to take part in the inaugural 2-day Fleet Warfare Tournament last week. Teams faced off in a round-robin competition at the Naval Tactical Trainer. Naval officers and operators from ships, submarines, naval helicopters and maritime patrol aircraft did battle in several intense rounds. Through sharp strategy and wily tactics, the team from RSS Intrepid won the tournament and swept the board by clinching the prizes for "First Strike" and "Fastest Mission Completion Time"!

"It was an invaluable learning experience, to be pitted against strong teams across the Fleet. Our team worked hard to tailor our strategies based on the characteristics of our opponents and the mission area. Our good performance was due to thorough planning and an emphasis on sharp execution. I am personally motivated to continue strengthening these skill sets as an assistant operation officer and principal warfare officer-to-be." – CPT Arran Tan, one of the players from RSS Intrepid.

We look forward to the next tournament where our best will meet again! 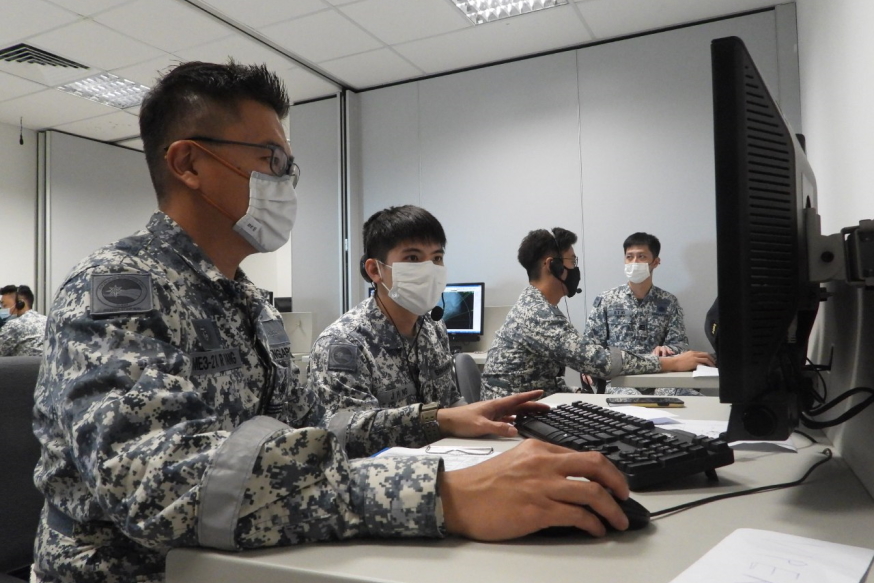