Handing Over the Reins of MSTF / MARSEC Command

As Commander MSTF / MARSEC Command, RADM Seah made significant contributions to safeguard Singapore's sovereignty and maritime security. He enhanced whole-of-government (WoG) coordination for MARSEC during high-key events such as the Kim-Trump Singapore Summit and 33rd ASEAN Summit, and drove the development and execution of WoG measures across the RSN and maritime agencies.

Despite the high operational tempo, RADM Seah consistently made time to engage his people. Often described as approachable and down-to-earth, he led by example, and his efforts to create a psychologically safe work environment where people can have open conversations, share ideas, and feel accepted and respected, has not gone unnoticed.

Today, RADM Seah's chapter as Commander MSTF / MARSEC Command came to a close when he handed over the reins to COL Yong Wei Hsiung. We wish both leaders the very best in their new appointments! 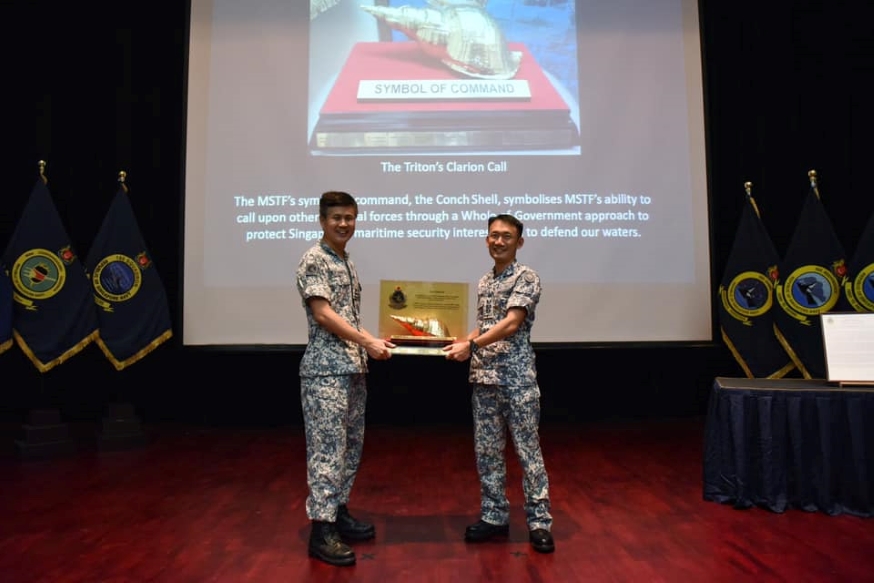 RADM Seah hands over the MSTF symbol of command - the Triton's Clarion Call - to COL Yong. 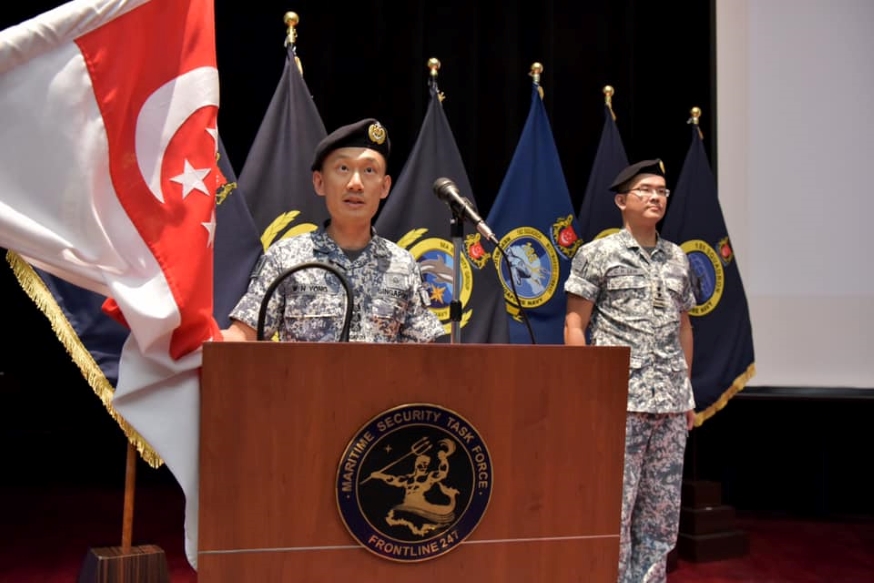