"Hello, I am calling from the Ministry of Health Contact Tracing Centre."

12 hours a day. 6 days a week. Leading teams to compile information for contact tracing. This has been the routine for some of our navy personnel recently, as part of the Health Surveillance Taskforce supporting the Ministry of Health, Singapore Contact Tracing Centre (CTC). Their main goal? To combat and contain the spread of COVID19.

This is not an easy feat but the team is hard at work, sometimes making personal sacrifices – going beyond the hours to ensure that there are no loose ends. We are proud of the team and their steadfast dedication. Thank you for being our COVID heroes and keeping the Navy's flag flying high by defending our everyday.

Read on more to catch a glimpse of what the experience is like to be part of the CTC. 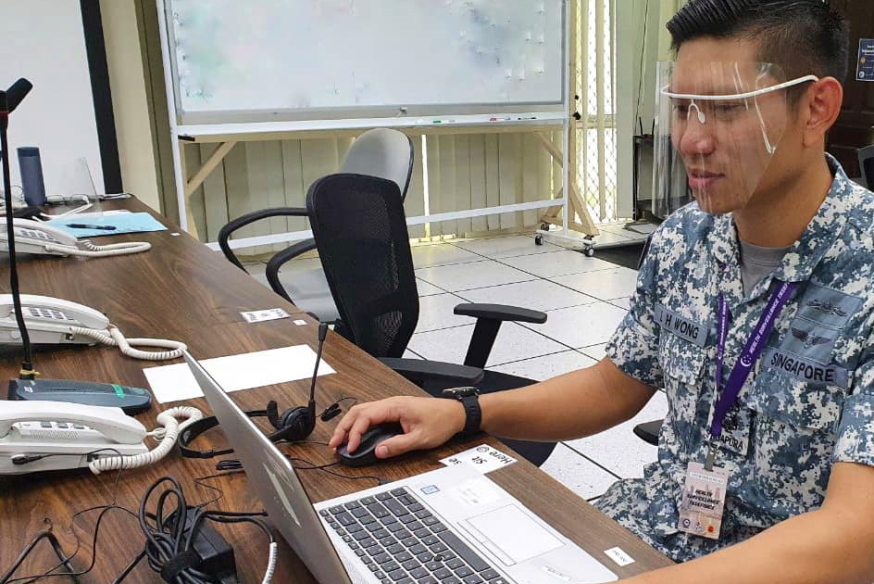 As the most senior RSN representative, LTC Raymond Wong leads contact tracing teams as one of the Deputy Heads of the Contact Tracing Centre (Dy Hd CTC).

LTC Wong was initially concerned when he first stepped into this role, having witnessed the sheer amount of work the contact tracing teams had to do in order to compile information, establish activity maps, identify potential contacts, and facilitate follow-up management of contacts of confirmed cases.

But he was also touched and encouraged by the determination and motivation that his teams demonstrated. They believed that the work they were doing had an impact on the lives of their fellow Singaporeans, and this attitude is what spurs LTC Wong through the long days and weeks. "The work here does not differentiate weekdays and weekends, not even public holidays. All days are the same. But we remain committed. We know what we do is crucial in ring-fencing the spread of the COVID-19 virus."

The executive officers and teams are meticulous and they painstakingly fuse information from different areas together. Team members also make difficult calls while at the same time remaining tactful and empathetic.

"Even though we wrap up at around 9pm each day, sometimes team members would take it upon themselves and stay back to tie up loose ends so that they won't start the next day on the back foot. That's dedication." One of our navy personnel hard at work. The team makes numerous calls per day, and follow up to sense-make and correlate the information. It takes a lot of empathy and tact but the team knows it is worth it.