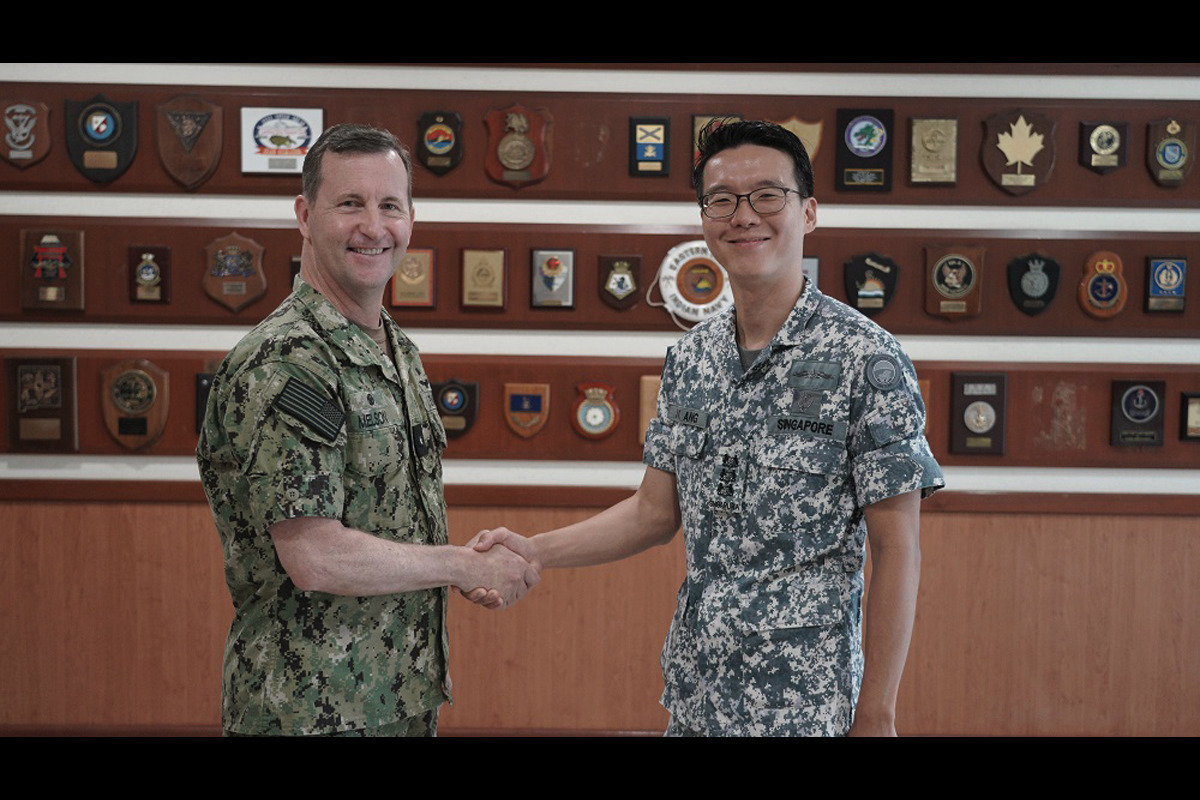 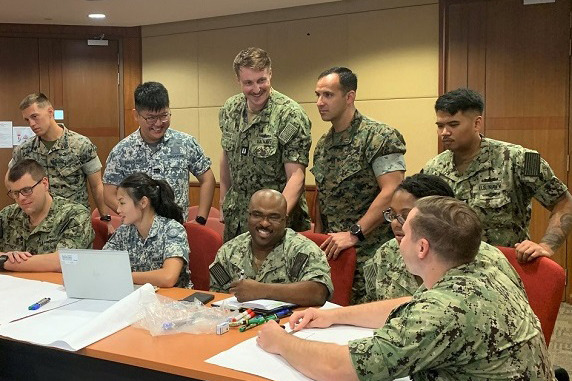 RSN and USN personnel interacting during the planning exercise.

The Republic of Singapore Navy (RSN) and the United States Navy (USN) have successfully conducted Exercise Cooperation Afloat Readiness and Training (CARAT) 2022. Held from 9 to 13 January, the exercise saw the participation of over 2000 personnel from both countries. The RSN participated with an Endurance-class landing ship tank RSS Endurance and the USN deployed a San Antonio-class landing platform dock USS John P. Murtha, and a Wasp-class amphibious assault ship USS Makin Island. Personnel from the Singapore Guards and 13th Marine Expeditionary Unit, and a CH-47 Chinook helicopter from the Republic of Singapore Air Force (RSAF) were also involved in the exercise.

The exercise opening ceremony was officiated by the RSN's Commander Third Flotilla Colonel (COL) Ang Jeng Kai and the USN's Commander Logistics Group Western Pacific Rear Admiral (RADM) Mark Melson on 9 January in RSS Singapura - Changi Naval Base (CNB). During his opening remarks, COL Ang said, "Since its inaugural iteration in 1995, Exercise CARAT has served as an important cooperative endeavour between the RSN and the USN, reinforcing the excellent and long-standing bilateral defence relations between Singapore and the US. Furthermore, Exercise CARAT has served as an effective medium for both navies to strengthen navy-to-navy relations by enhancing cooperation, furthering mutual understanding, and deepening personal and professional ties between personnel." RADM Melson added, "CARAT Singapore is a bilateral exercise to build military to military cooperation and partnership. These military to military bilateral relationships are crucial day in and day out when we think about managing crises and we think about operating in a rules based order."

The shore phase of Exercise CARAT was held in CNB, where exercise participants conducted joint planning and professional exchanges. Thereafter, the sea phase saw the ships and other participating assets conducting various exercise serials such as ship-to-shore training in waters off Pulau Sudong within Singapore territorial waters.

First conducted in 1995, Exercise CARAT highlights the strong navy-to-navy relations between Singapore and the US, as well as the excellent and long-standing bilateral defence relations between both countries. Both navies also engage in a wide range of activities, including professional exchanges, cross-attendance of courses and participation in bilateral and multilateral exercises. These regular interactions have enhanced cooperation and mutual understanding between the two militaries, and deepened personal and professional ties between the personnel.