ADM Cherngchai inspecting the Guard of Honour at MINDEF. 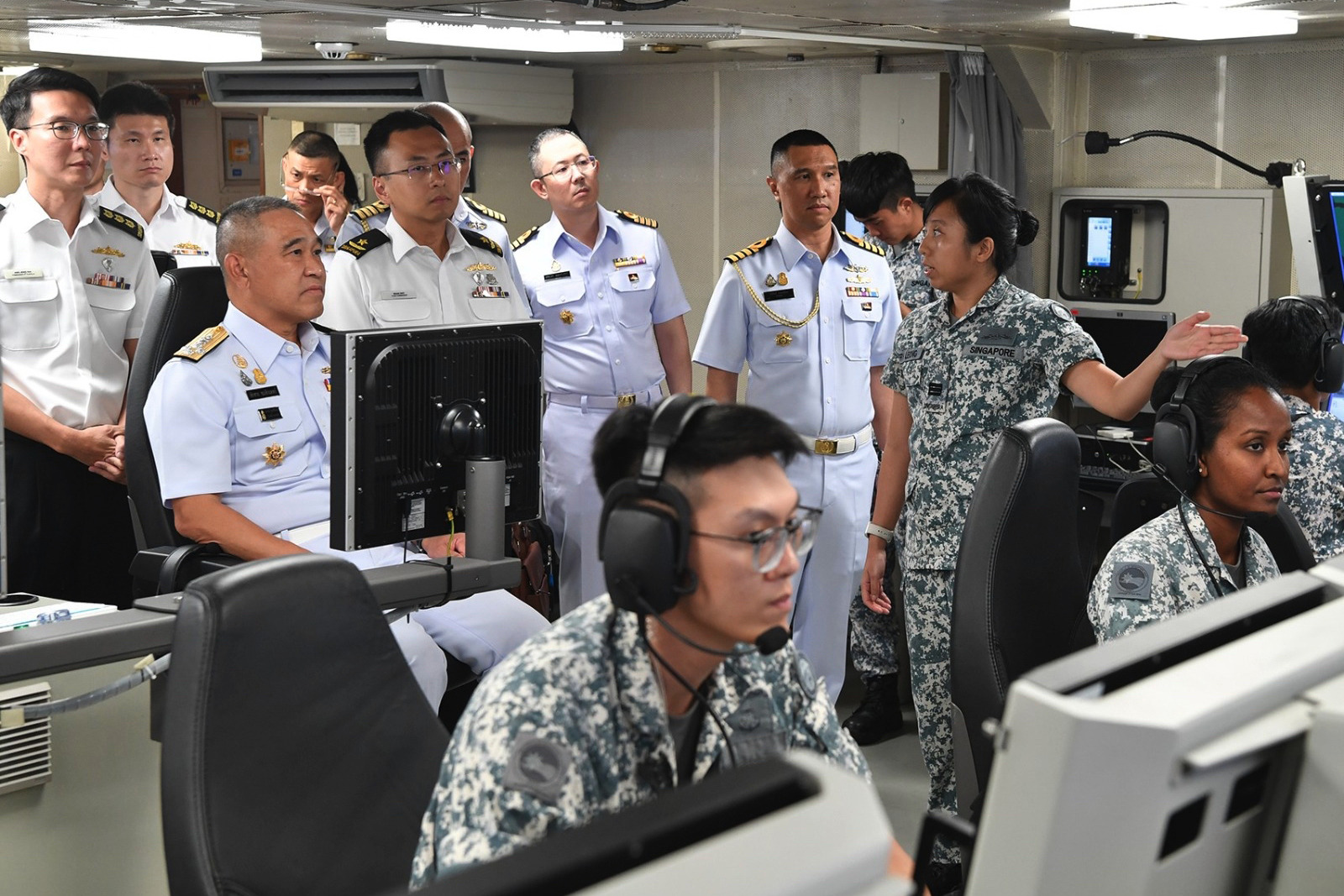 Commander-in-Chief of the Royal Thai Navy (RTN) Admiral (ADM) Cherngchai Chomcherngpat called on Minister for Defence Dr Ng Eng Hen this morning. During the meeting, both sides reafﬁrmed the close and long-standing defence relations between Singapore and Thailand, and discussed ways to deepen defence cooperation between the Republic of Singapore Navy and the RTN.

ADM Cherngchai, who is on his introductory visit to Singapore from 9 to 11 January 2023, also called on Chief of Defence Force Lieutenant-General Melvyn Ong and Chief of Navy Rear-Admiral Aaron Beng after inspecting the Guard of Honour at MINDEF. As part of his programme, he visited the RSS Endeavour and Information Fusion Centre at Changi Naval Base this afternoon where he also received a brief on the RSN's unmanned capabilities.

Both Navies interact regularly through high-level visits, professional exchanges, courses, and bilateral exercises such as Exercise Singsiam. These interactions have enhanced the professionalism and mutual understanding between the personnel of both Navies.