Minister for Defence, Dr Ng Eng Hen (fourth from right) at the ADMM Retreat with the ASEAN Defence Ministers and their representatives in Siem Reap, Cambodia. 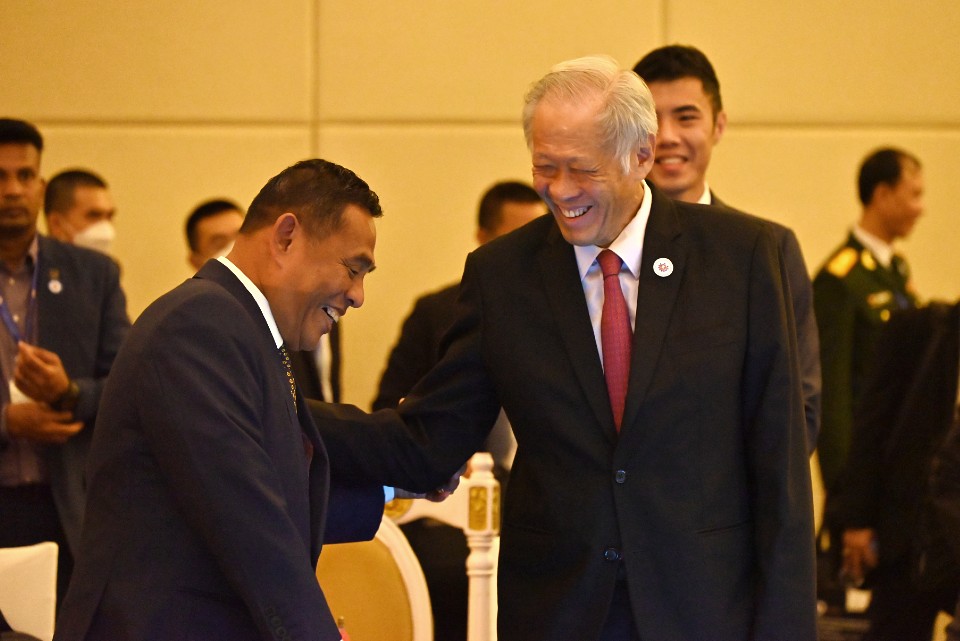 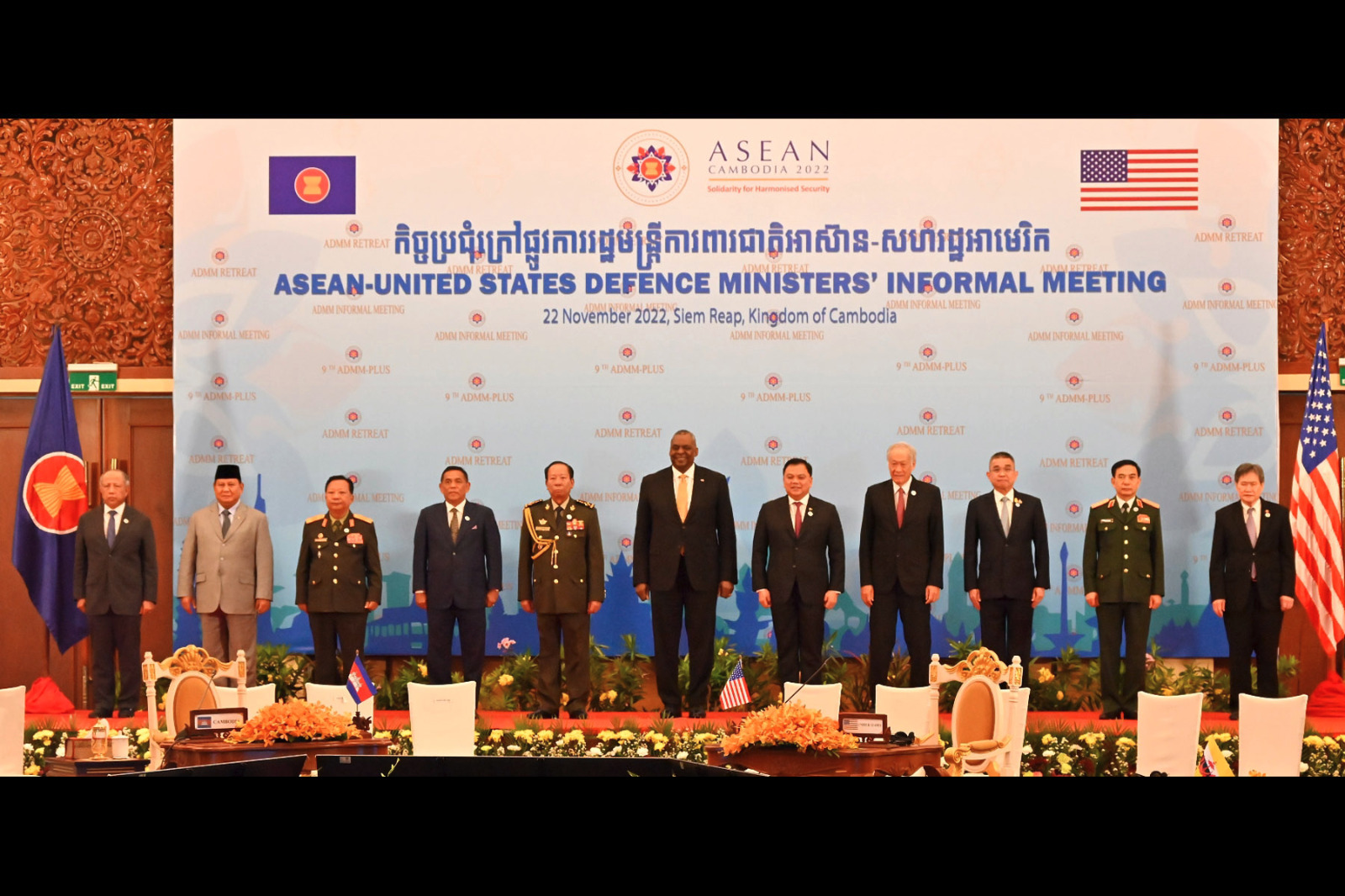 Minister for Defence Dr Ng Eng Hen attended the ADMM Retreat and the ASEAN Defence Ministers' Informal Meetings with the United States (US) and India in Siem Reap, Cambodia, today.

At the Retreat, the ASEAN Defence Ministers commended Cambodia's ADMM Chairmanship, discussed the ADMM's progress, and exchanged views on the regional and global security environment, and on future areas of cooperation for the ADMM and ADMM-Plus. The ASEAN Defence Ministers also approved Canada, France, and the UK's participation in the ADMM-Plus Experts' Working Group (EWG) Observership Programme and welcomed the commencement of the programme next year under Indonesia's 2023 ADMM Chairmanship. In his remarks, Dr Ng reflected on the importance of having an open and inclusive regional security architecture that preserves peace and stability, and highlighted the value of the ADMM and ADMM-Plus as key platforms where defence establishments and militaries can engage in strategic dialogue and practical cooperation. Dr Ng also noted the broader trend of ASEAN's external partners wanting to do more with the ADMM, and emphasised the importance of the observership programme as a practical and constructive means for the ADMM to engage interested external partners.

At the ASEAN-US Defence Ministers' Informal Meeting, the ASEAN Defence Ministers and US Secretary of Defence Lloyd J. Austin III discussed ways to strengthen cooperation between ASEAN and the US on defence capacity-building through training and education, as well as on maritime security.

Dr Ng met Cambodian Deputy Prime Minister and Minister of National Defence Tea Banh yesterday. During the bilateral meeting, both parties reaffirmed the friendly bilateral defence ties between Singapore and Cambodia, as well as the importance of ASEAN centrality and unity.

Dr Ng will attend the 9th ADMM-Plus tomorrow. The ASEAN Defence Ministers will be joined by Defence Ministers and their representatives from the eight Plus countries, namely Australia, China, India, Japan, New Zealand, the Republic of Korea, the Russian Federation, and the US.