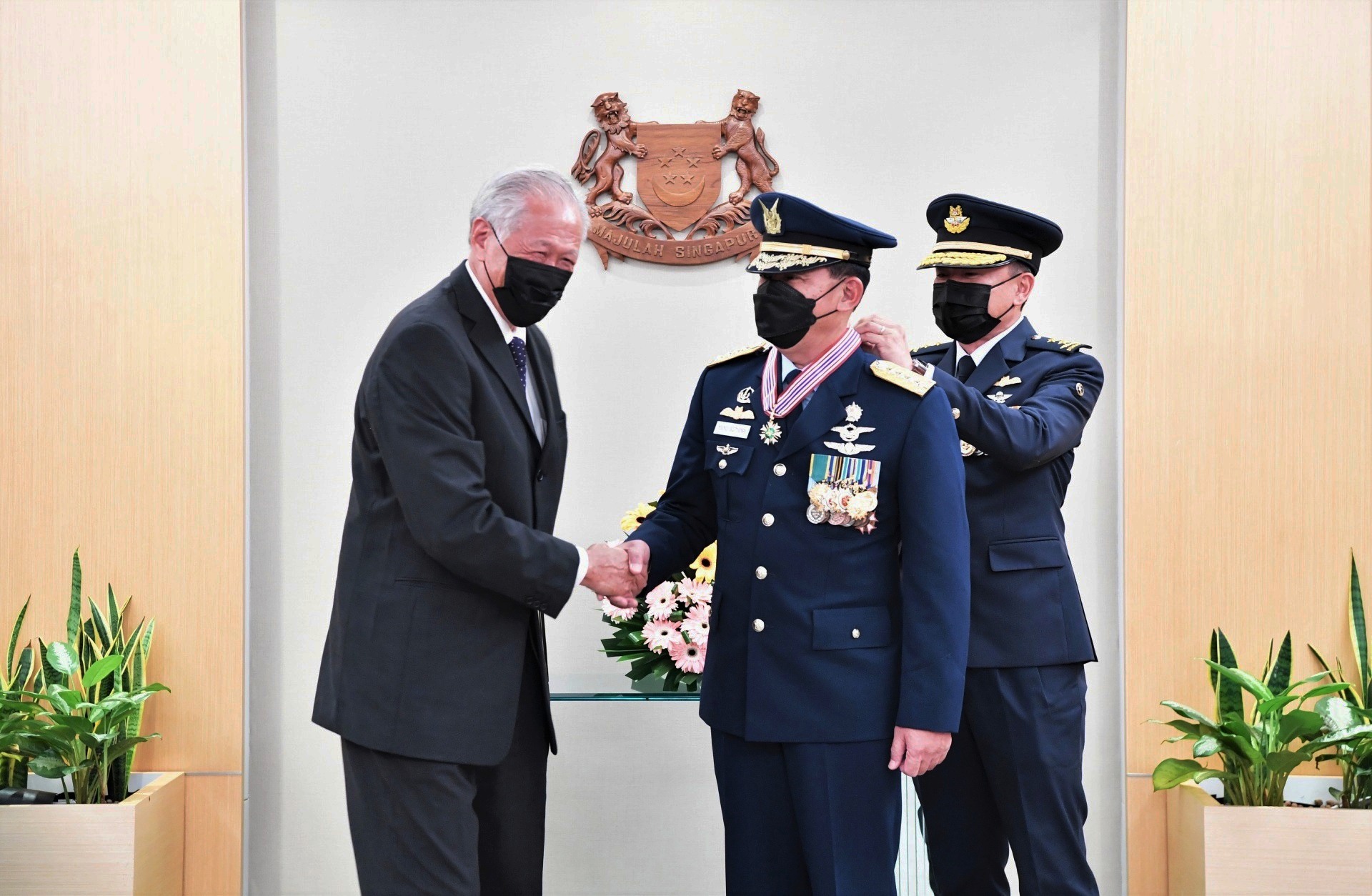 ACM (Rtd) Yuyu was conferred the award for his significant contributions in strengthening the defence ties between the Republic of Singapore Air Force (RSAF) and the TNI AU as the Chief of Staff of the TNI AU from 2018 to 2020. Under ACM (Rtd) Yuyu's leadership, the RSAF and the TNI AU expanded bilateral defence cooperation and enhanced interoperability between personnel from both Air Forces through the cross attendance of courses and mutually beneficial professional exchanges such as the Joint Fighter Weapons Course and the inaugural Unmanned Aerial Vehicle Mission Training Programme. Both Air Forces also commemorated significant bilateral milestones such as the 20th edition of Exercise Elang Indopura in 2018 and the 20th anniversary of Exercise Camar Indopura in 2019.

On receiving the award ACM (Rtd) Yuyu said, "I am incredibly privileged to be here today and to receive the MSM(M). The faith and trust the Singaporean government bestowed upon me has truly humbled me. Singapore and Indonesia, through the RSAF and TNI AU, are collaborating effectively to ensure peace and security in the region. In the years to come, I trust that our friendship and cooperation will become stronger and better."

Prior to the investiture, ACM (Rtd) Yuyu, who is in Singapore from 30 May to 1 Jun 2022, called on Dr Ng, Chief of Defence Force Lieutenant-General Melvyn Ong, and Chief of Air Force Major-General Kelvin Khong after inspecting the Guard of Honour at MINDEF.