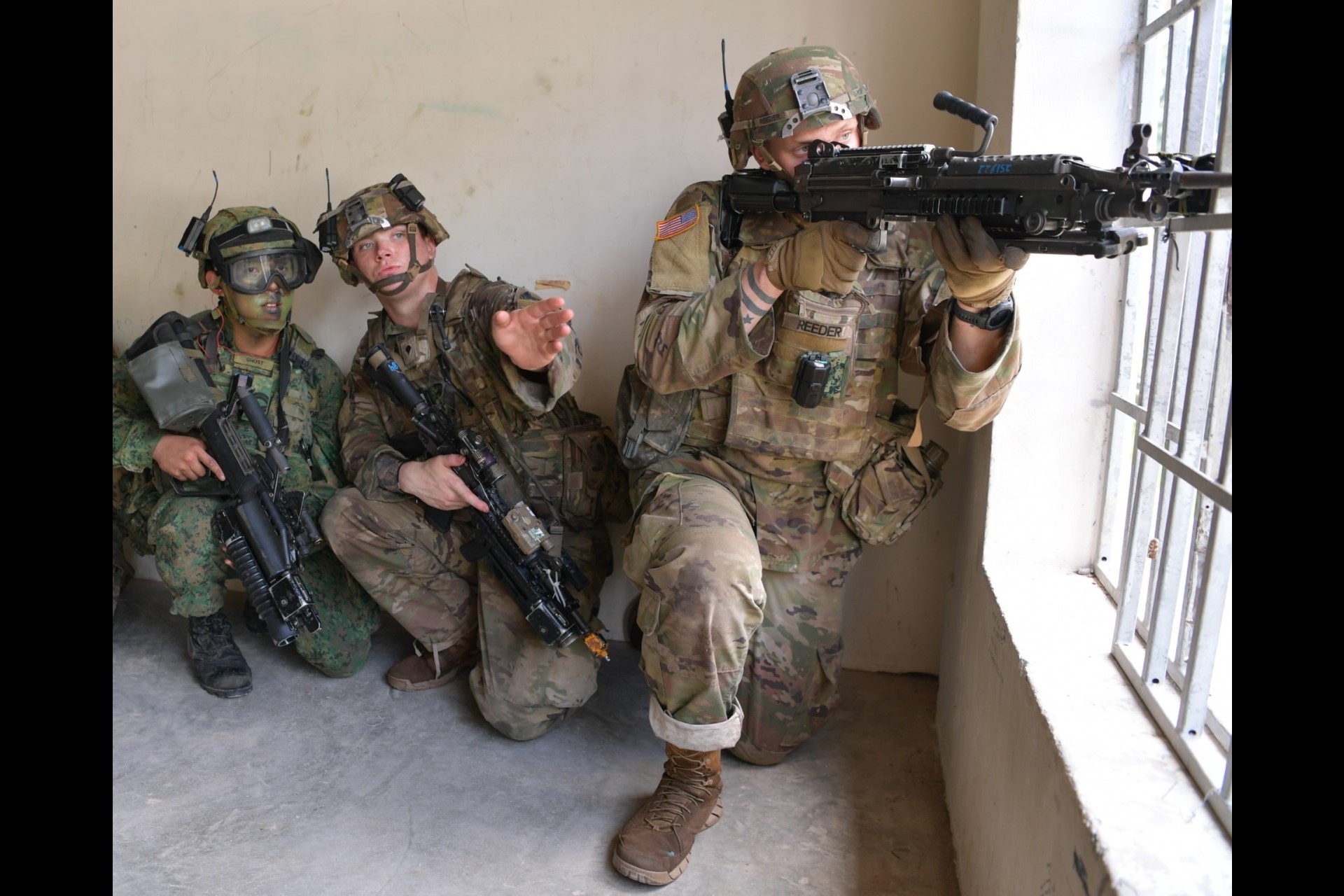 SAF and US Army personnel during the field training exercise as part of Exercise Tiger Balm 2022 (XTiB 22). 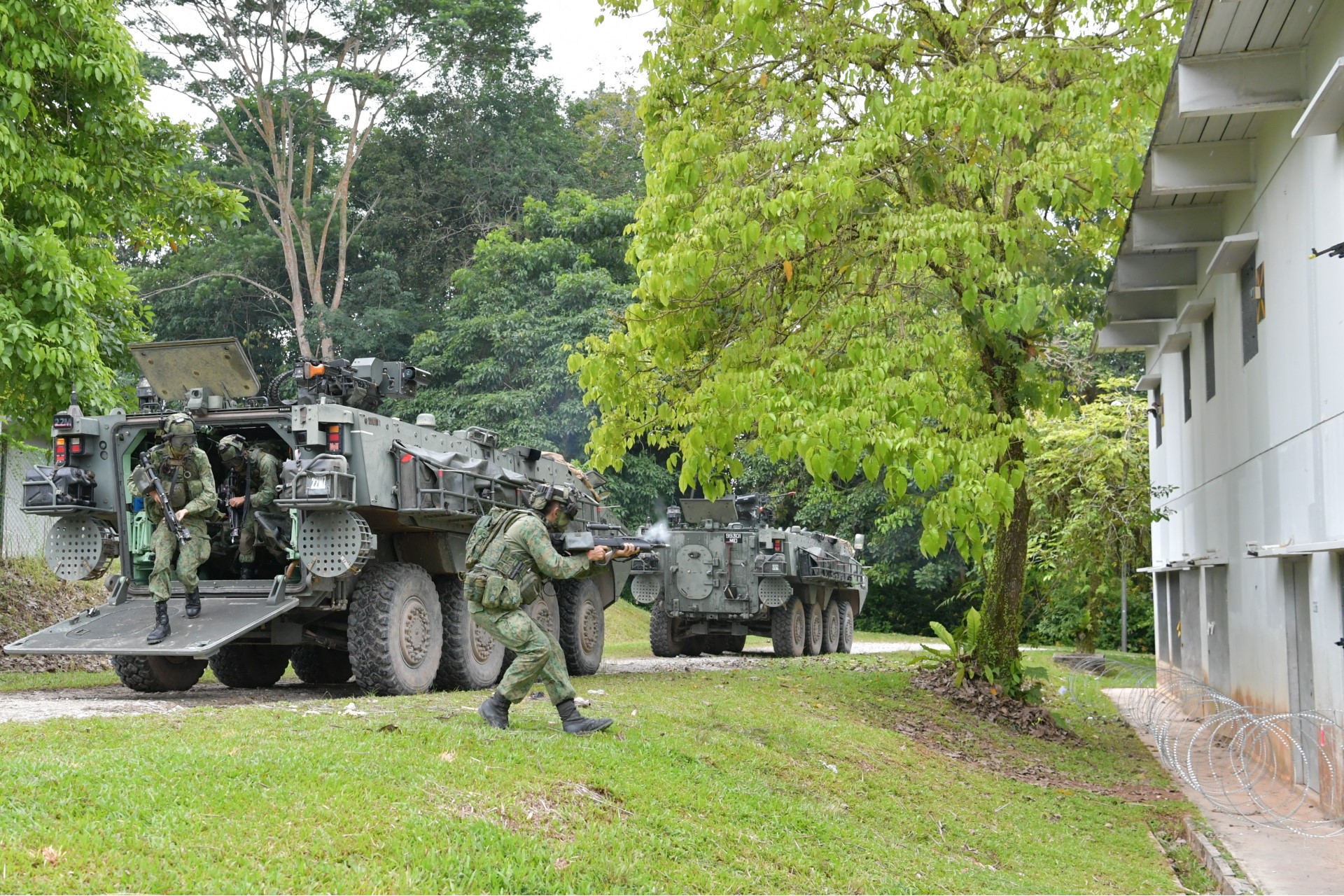 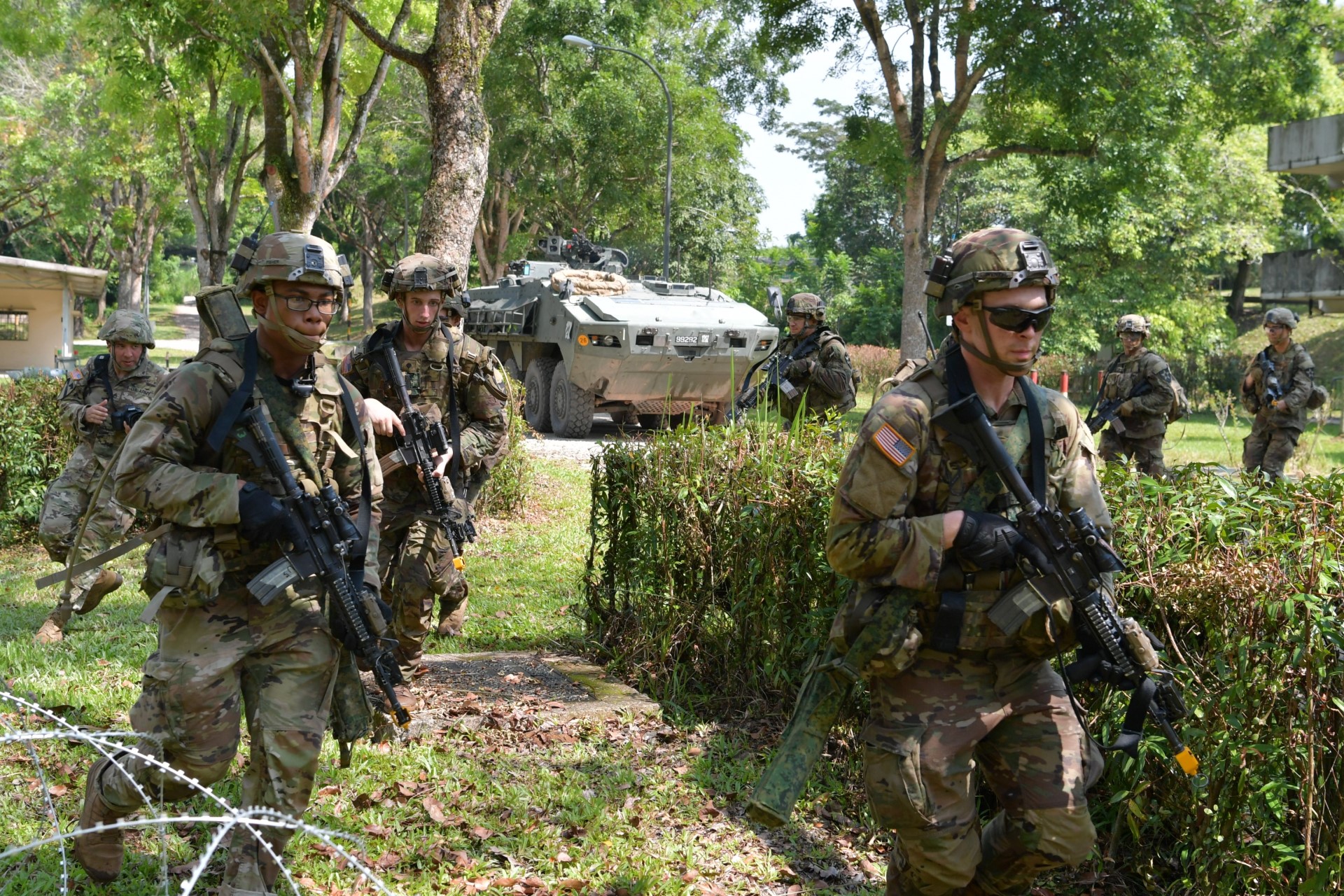 US Army personnel advancing on an urban objective at Murai Urban Training Facility. 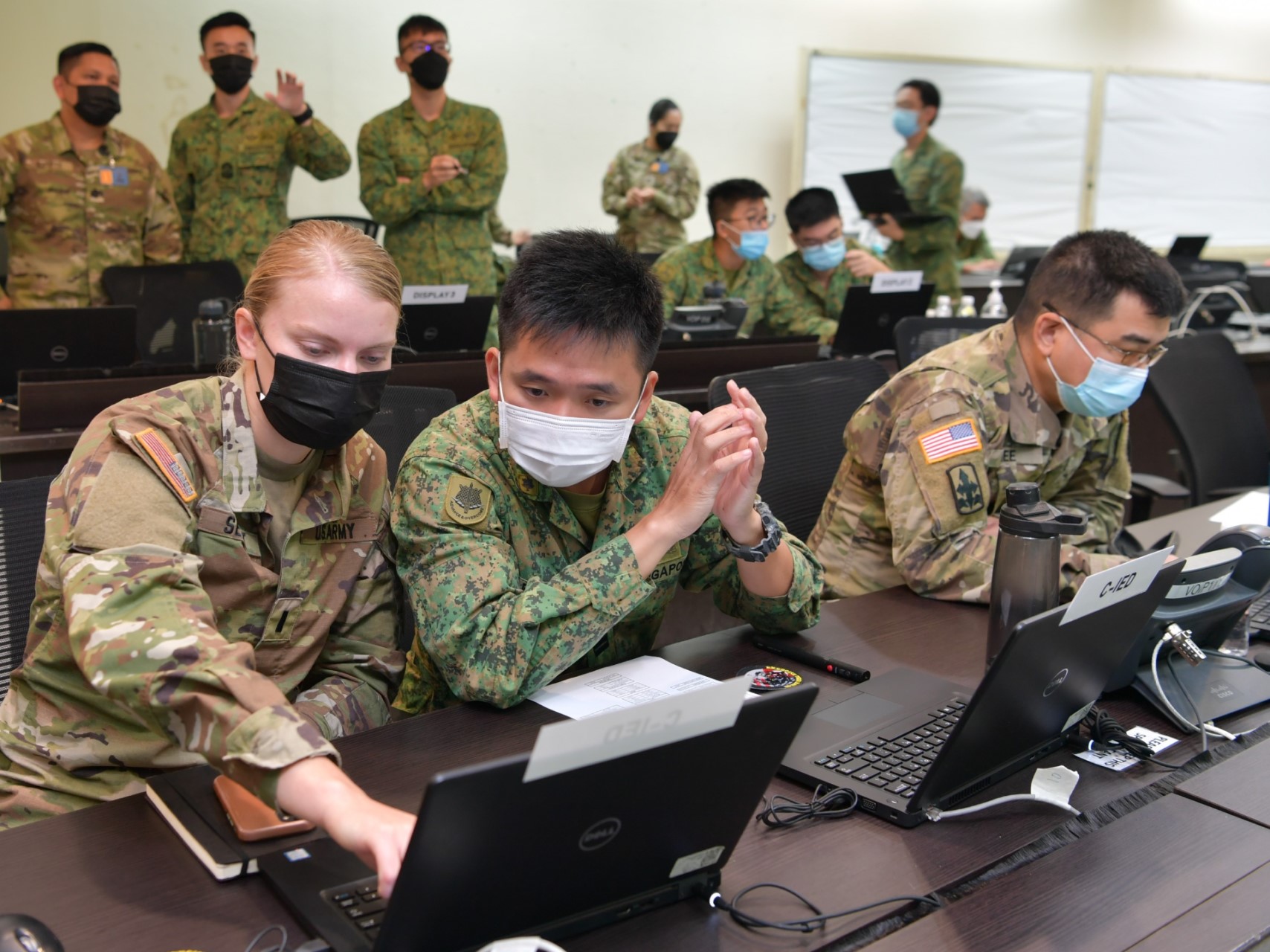 SAF and US Army personnel in discussion during the Command Post Exercise as part of XTiB 22. 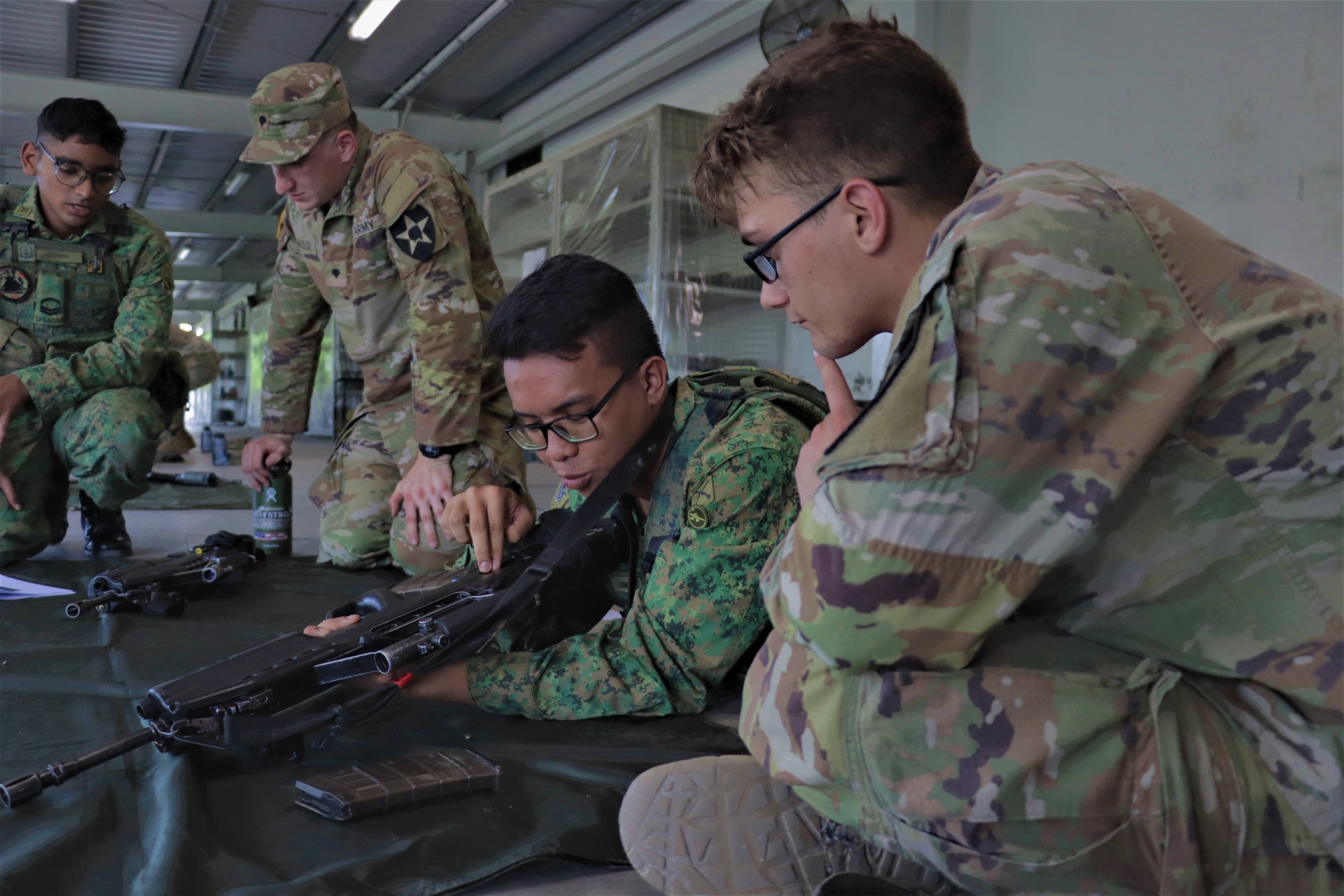 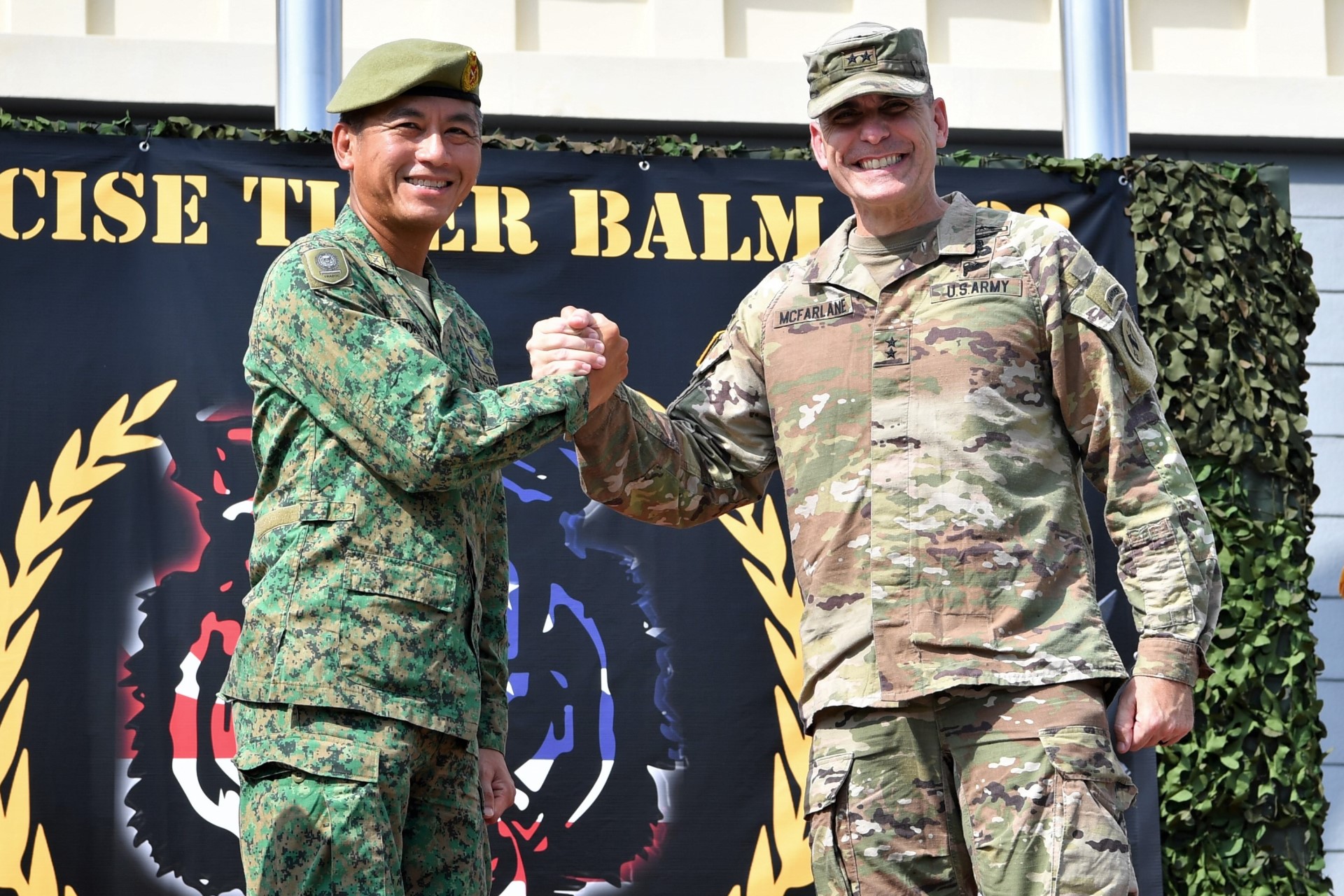 The exercise saw both Armies execute an integrated urban operations exercise within the MUTF, with the US Army's Stryker Combat Vehicles operating with the Singapore Armed Forces (SAF)'s Terrex Infantry Carrier Vehicles under the ambit of the Combined Task Force. They were also supported by the SAF's STrike ObserveRs Mission1 (STORM) team and the US Army's Fire Support Team2 (FiST).

Speaking on the significance of the exercise, Commander 6 Div/HQ SS Colonel Adrian Teng, said, "Exercise Tiger Balm is symbolic of the special relationship built on common interests and values that is shared between our armies. Through more than four decades of exchanges, we have learnt from each other, and enhanced our professionalism … This has been made possible by the mutual trust and respect we have for one another. Our shared resolution to host Exercise Tiger Balm 2022 physically is an apt expression of the strength and resilience of this bilateral relationship."

First conducted in 1981, Exercise Tiger Balm is the longest-running bilateral exercise between the Singapore Army and US Army. This annual exercise allows both armies to collaborate and share tactics, techniques and procedures, and is the hallmark of excellent and long-standing ties between both armed forces.

Apart from this exercise, both armies also interact extensively through professional exchange programmes, cross-attendance of courses, and bilateral and multilateral exercises. These regular interactions have fostered and enhanced the professionalism, friendship and mutual understanding among personnel from both armies.

2 FiST is primarily responsible for the intelligence activities of the US Army National Guard's field artillery team.