The Sea Combat Commander Team conducting a briefing to ships under their charge. 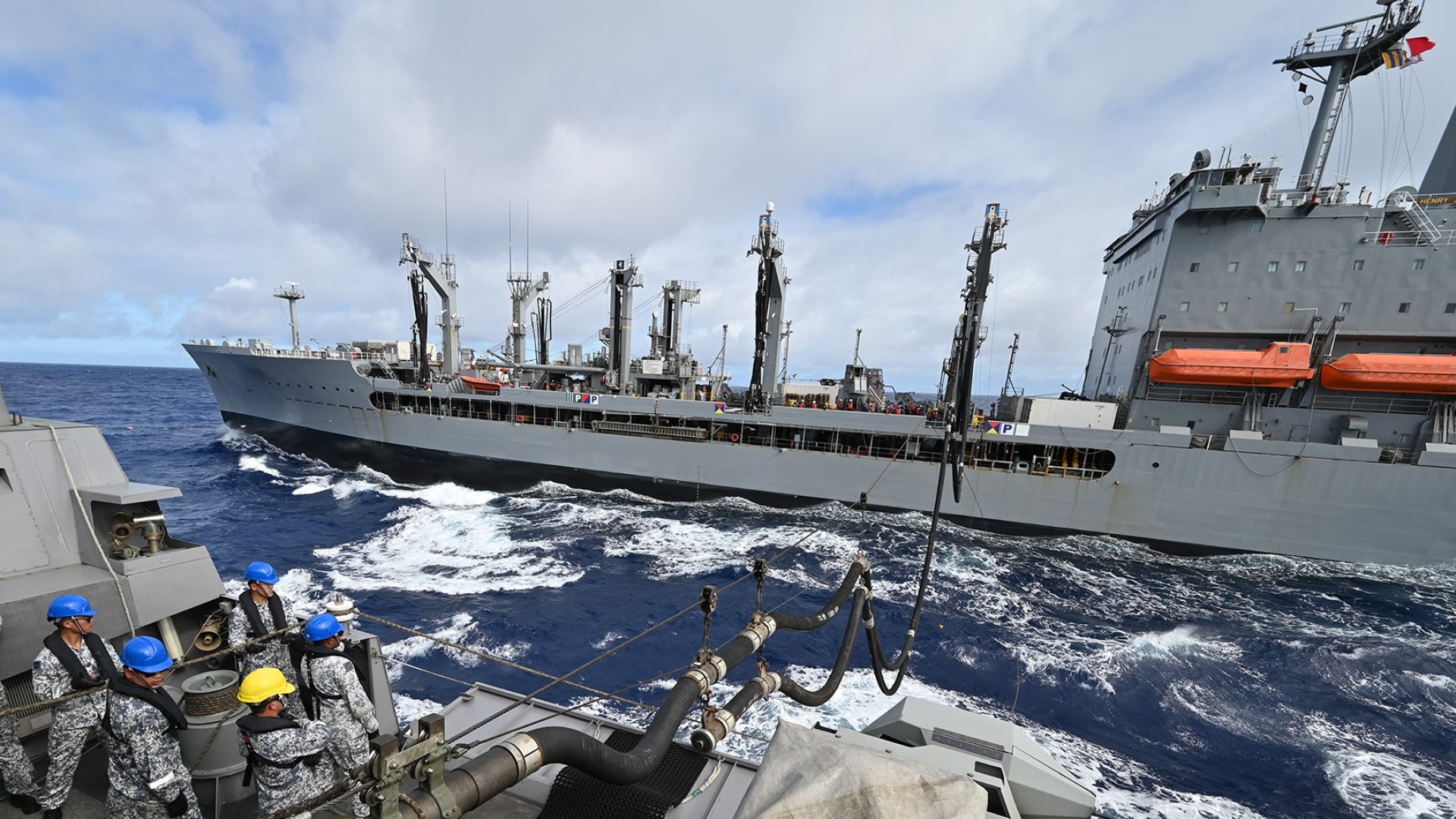 The Republic of Singapore Navy (RSN)'s Formidable-class frigate RSS Intrepid is participating in the Rim of the Pacific Exercise (Ex RIMPAC) from 29 June to 4 August 2022. Held in the waters off Hawaii, Ex RIMPAC 2022 involves 38 ships, four submarines, multiple aircraft, and approximately 25,000 personnel from 26[1] nations.

This year, the RSN has taken on the role of Sea Combat Commander (SCC). Led by Commander First Flotilla COL Kwan Hon Chuong, the SCC command team plans, leads and directs the actions of eight warships from seven nations[2], in complex and multi-dimensional warfare missions. RSS Intrepid also leads a task unit in the conduct of complex maritime exercise serials such as combined anti-submarine and anti-air missions, manoeuvring drills, and underway replenishment. In addition, the ship will fire a live Aster surface-to-air missile against a high-speed target during the exercise.

Highlighting the value of the RSN's participation in multinational exercises like Ex RIMPAC, COL Kwan shared, "Exercise RIMPAC is a useful platform for the RSN to lead and direct multinational forces in a complex maritime exercise, while honing our warfighting capabilities. More importantly, the exercise gives us the opportunity to forge friendships and build closer ties with other navies from around the world."

Hosted biennially by the United States Navy, this is the eighth time the RSN has participated since 2008.