VADM Noonan inspecting the Guard of Honour at MINDEF prior to the award investiture. 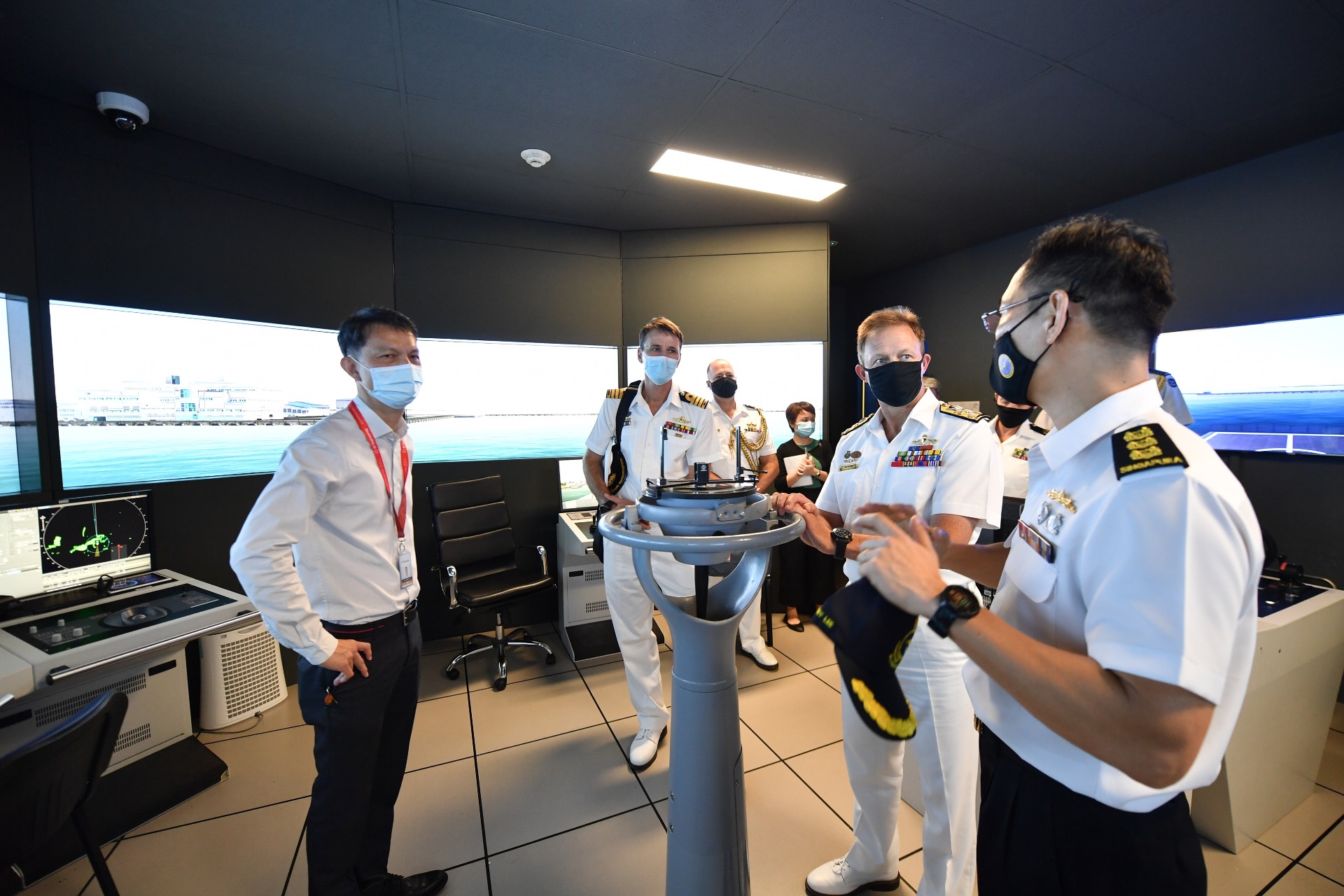 VADM Noonan (second from right) receiving a brief during his visit to the Full Mission Ship-handling Simulator at RSS Singapura - Changi Naval Base.

VADM Noonan was conferred the award for his significant contributions in deepening the close and long-standing bilateral defence ties between Singapore and Australia. Despite the ongoing COVID-19 situation, both navies commemorated the 25th anniversary of Exercise Singaroo in 2020, which is a testament to the close cooperation, friendship and trust shared between the RAN and the Republic of Singapore Navy (RSN). VADM Noonan's strong support for the RSN's ship-to-shore training at the Shoalwater Bay Training Area in Queensland also contributed significantly to the RSN's operational readiness. His support for bilateral exchanges between the RAN and the RSN has also yielded professional benefits and deepened the people-to-people ties between both navies.

Under VADM Noonan's stewardship, the RAN has actively supported RSN-hosted events, such as the biennial International Maritime Defence Exhibition and the International Maritime Security Conference, where VADM Noonan was a speaker in 2019. He also supported the deployment of RAN officers to the Information Fusion Centre and the Singapore Armed Forces' Combined Task Force 151 Command Team. In addition, the RAN and the RSN have also strengthened cooperation under multilateral platforms such as the ASEAN Defence Ministers' Meeting Plus (ADMM-Plus) and the Five Power Defence Arrangements.

On receiving the award, VADM Noonan said, "I am deeply humbled and privileged to have been awarded today the Pingat Jasa Gemilang (Tentera), by Singapore's Minister for Defence, Dr Ng. This award symbolises the strong, steadfast and growing friendship between our two Navies and I will treasure it long beyond my tenure as Australia's Chief of Navy."

Relevant health checks and safety measures were taken by the visiting delegation.