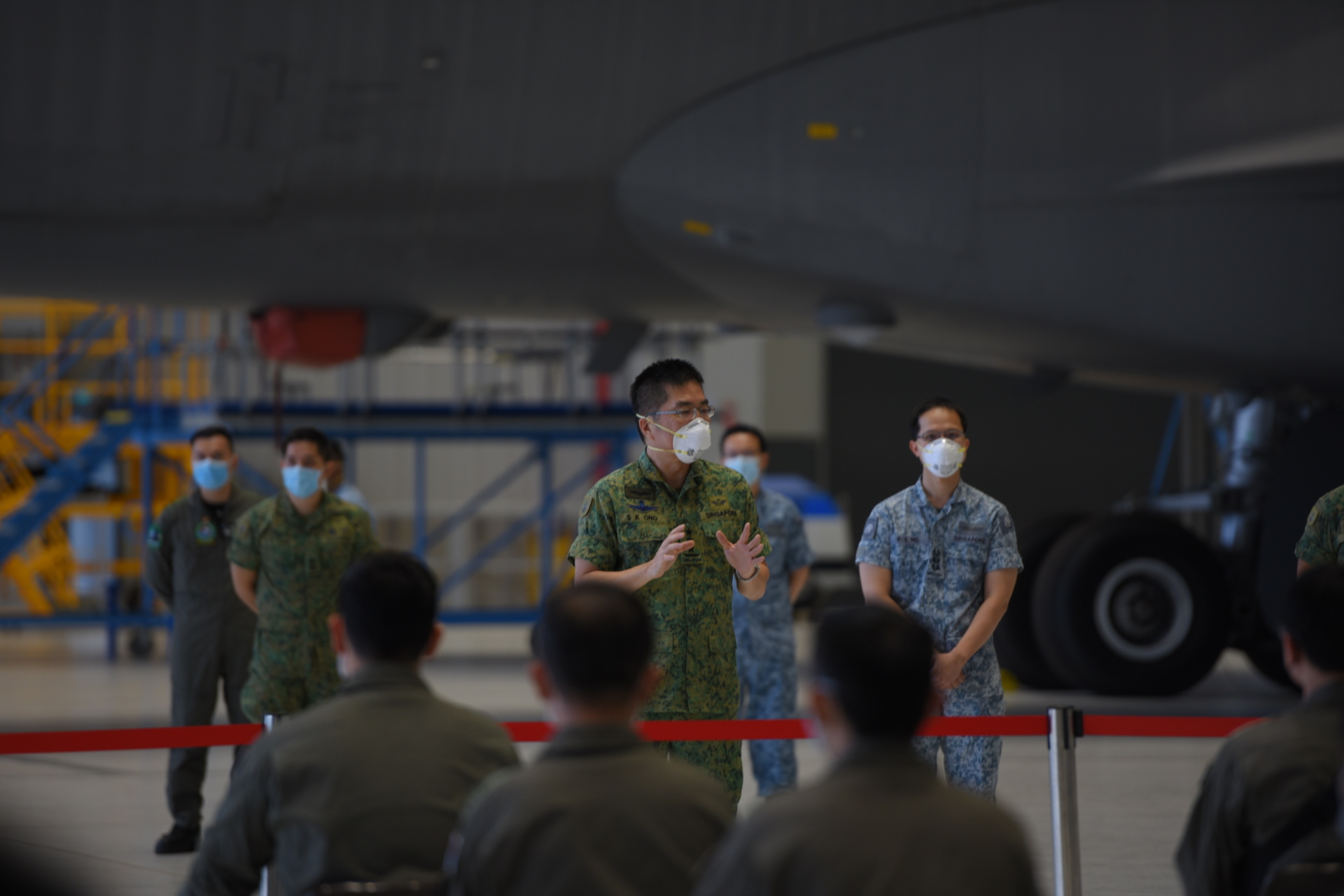 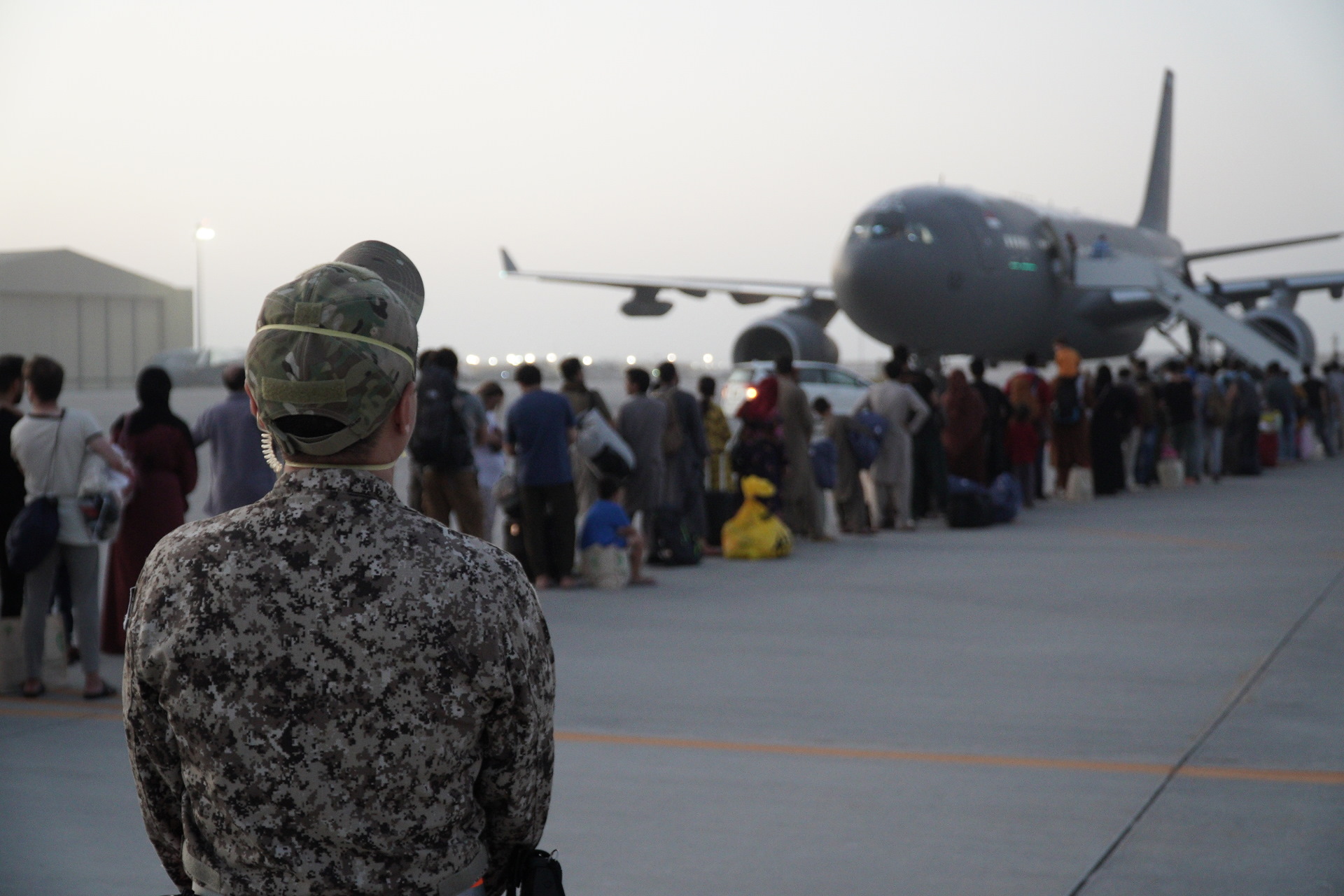 A Singapore Army personnel on duty as evacuees board the Republic of Singapore Air Force (RSAF)'s A330 MRTT at Al Udeid Air Base in Qatar. 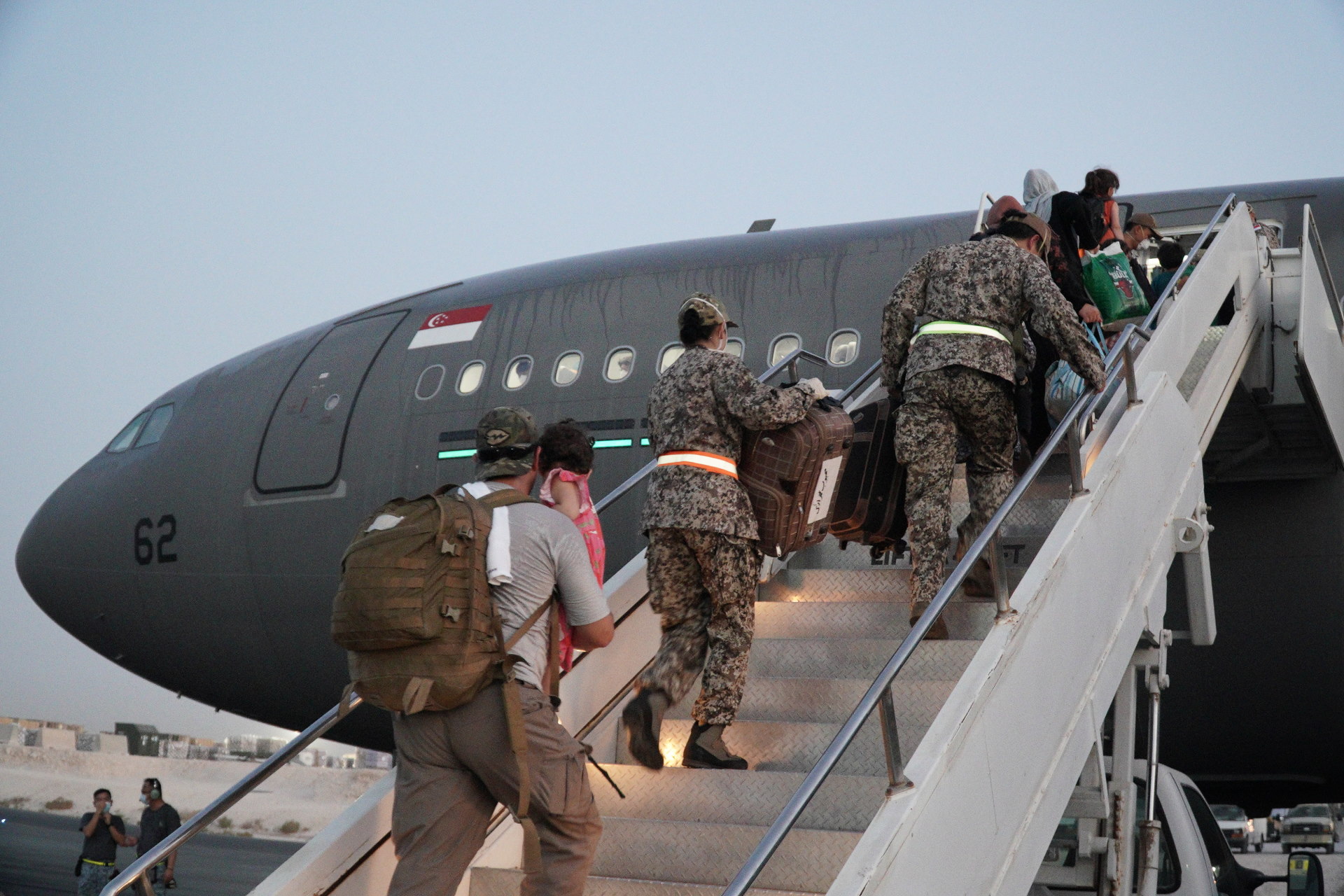 Singapore Army personnel assisting evacuees as they board the A330 MRTT at Al Udeid Air Base in Qatar. The RSAF's A330 MRTT at Spangdahlem Air Base in Germany.

The Republic of Singapore Air Force (RSAF) A330 Multi-Role Tanker Transport (A330 MRTT) aircraft, which was deployed to Al Udeid Air Base in Qatar to assist the evacuation of Afghanistan evacuees, has concluded its humanitarian mission and returned to Singapore today. Chief of Defence Force Lieutenant-General Melvyn Ong, together with other senior Singapore Armed Forces (SAF) officers including Chief of Army Major-General (MG) Goh Si Hou and Chief of Air Force MG Kelvin Khong, were at Changi Air Base (East) to receive the returning personnel.

The A330 MRTT aircraft was deployed on 26 August 2021 to transport evacuees relocated in Qatar to Germany. Over the two weeks of its deployment, the SAF transported more than 2,000 evacuees. 77 SAF personnel, comprising pilots, aircrew, engineers and Singapore Army security personnel, were deployed for this humanitarian mission.