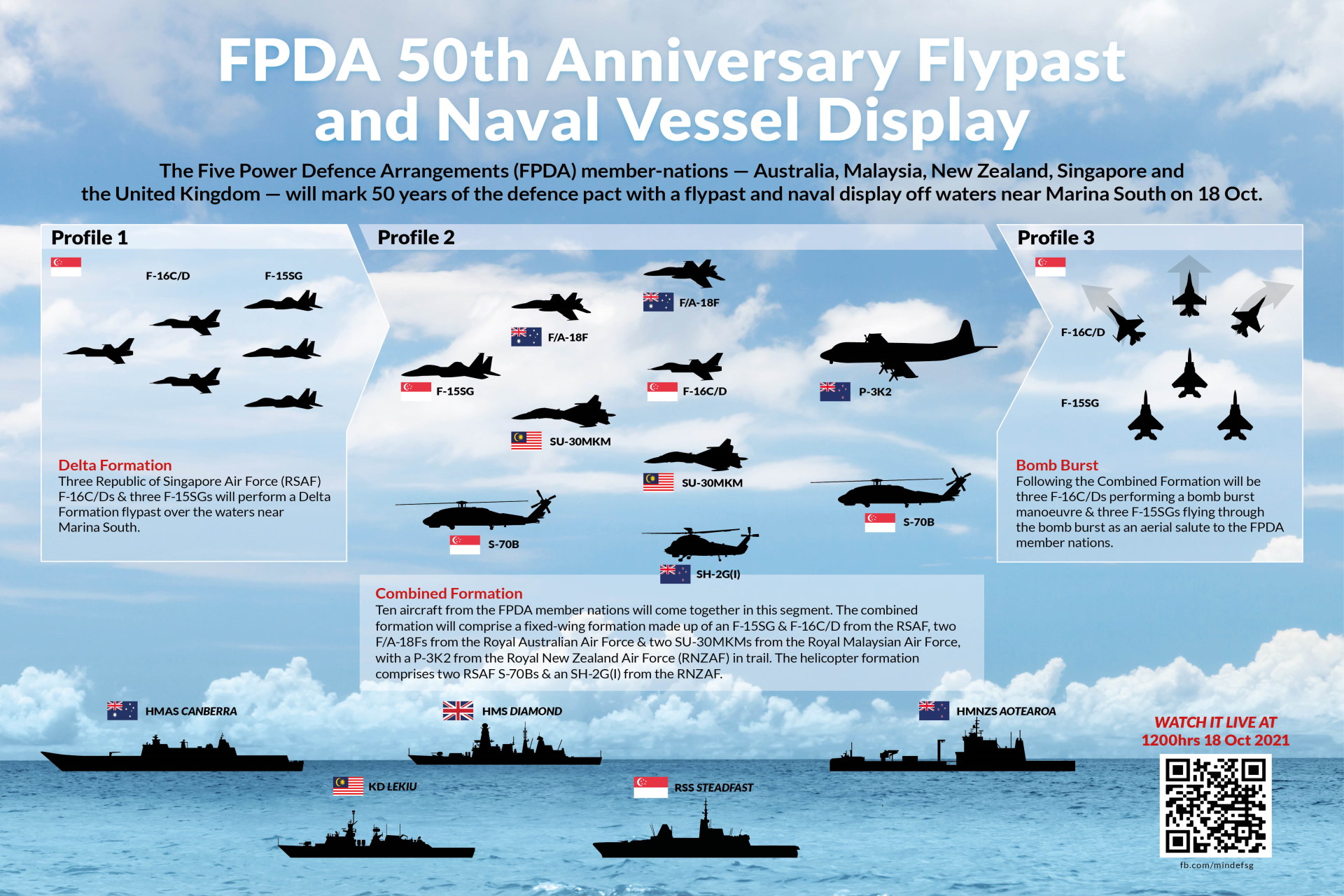 The Five Power Defence Arrangements (FPDA) member-nations – Australia, Malaysia, New Zealand, Singapore, and the United Kingdom – will be commemorating the FPDA 50th anniversary this year, with a flypast and a naval vessel display put up by member-nations at the conclusion of Exercise Bersama Gold 2021.

The FPDA 50th anniversary flypast and naval vessel display will be conducted over the waters off Marina South and will feature assets from all five FPDA member-nations. The flypast will be conducted in three profiles. The first profile is a delta formation led by the Republic of Singapore Air Force (RSAF). The second profile is a combined FPDA flypast performed by fighter aircraft, maritime patrol aircraft and helicopters from the five countries. Trailing the combined flypast, the third profile features the RSAF's F-16 and F-15SG aircraft performing an aerial salute. The naval vessel display will feature Australia's HMAS Canberra, Malaysia's KD Lekiu, New Zealand's HMNZS Aotearoa, Singapore's RSS Steadfast, and the United Kingdom's HMS Diamond.

The flypast and naval vessel display will be livestreamed on the Ministry of Defence's social media platforms on 18 October at 1200hrs (Singapore Time). In the event of inclement weather, the public may refer to MINDEF social media channels for real time updates. Members of the public, including viewers from FPDA member-nations, are encouraged to view the proceedings through the livestream.