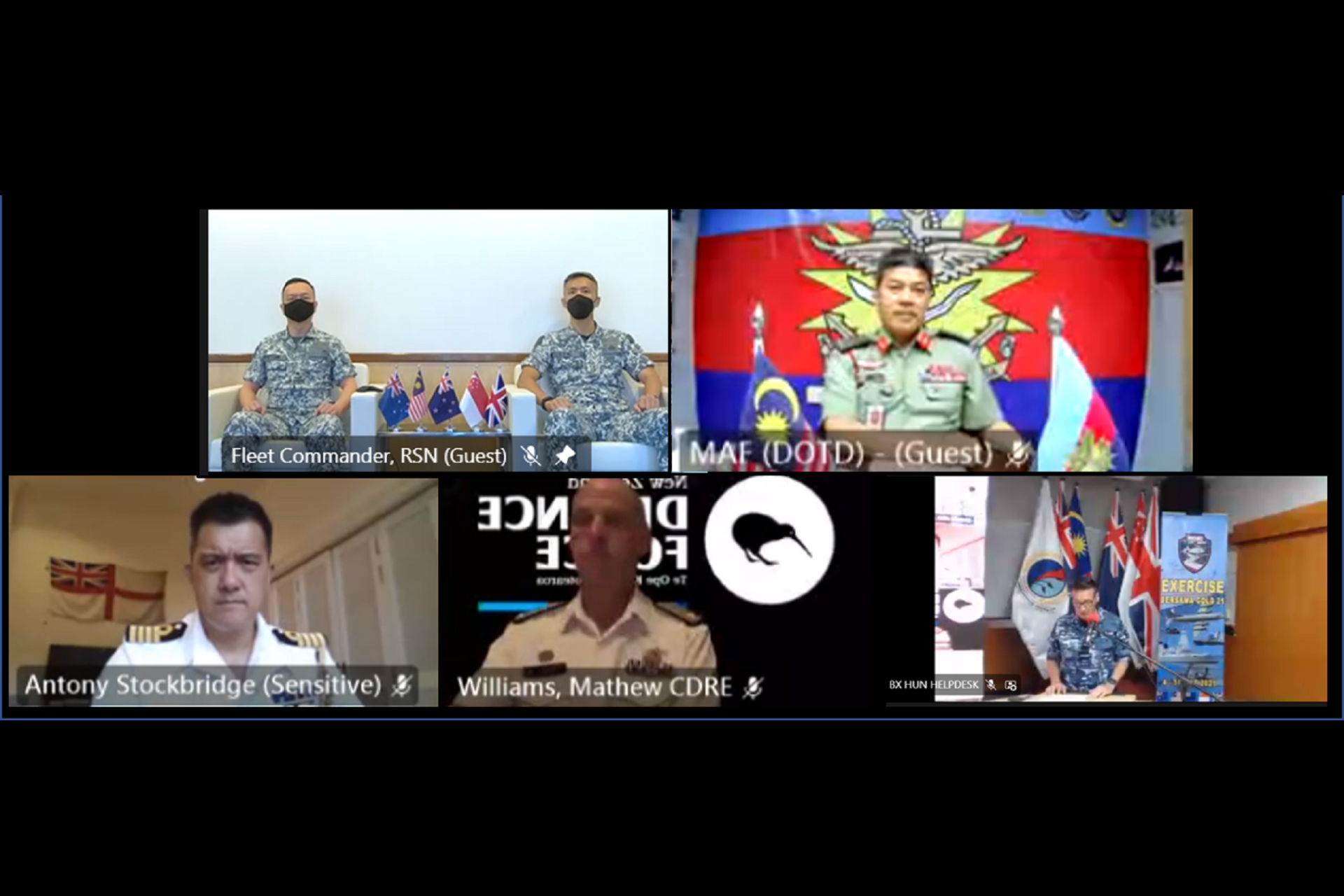 XBG21 is the first FPDA exercise to be conducted physically as a field training exercise since the start of the COVID-19 pandemic and has incorporated COVID-19 precautions. Held from 4 to 18 Oct, XBG21 will see the participation of 2600 personnel, 10 ships, one submarine, six maritime helicopters, three maritime patrol aircraft, 25 fighter aircraft, two support aircraft, and one command and control aircraft. XBG21 will comprise contactless maritime and air components and a virtual land workshop. Naval assets will be involved in a contactless exercise held in the southern parts of the South China Sea in international waters, where serials such as anti-air and anti-submarine exercises, gunnery firings and manoeuvring drills will be conducted. Air forces from the FPDA member-nations will exercise with each other in air serials such as air defence exercises, and support the maritime component in anti-submarine exercises. For the land component, a virtual jungle warfare workshop, which involves cross-sharing of jungle fighting doctrines and discussions on interoperability amongst FPDA member-nations' land forces, will be conducted.

Highlighting the value of the exercise, XBG 21 Deputy Ex Director COL Ng Xun Xi said, "Exercise Bersama Gold will facilitate the sharing of professional knowledge and experiences, and enhance mutual understanding and trust between personnel from the FPDA member-nations. I'm heartened to see that despite the COVID-19 situation, FPDA member-nations remain very committed to the exercise. Singapore is also glad to play our part by hosting the participating ANZUK assets. I look forward to a very fruitful exercise with many meaningful activities lined-up as we commemorate the 50th anniversary of FPDA."

Since its formation in 1971, the FPDA has evolved over the years to meet the challenges of an increasingly complex contemporary security environment. The SAF regularly participates in FPDA exercises such as Exercise Suman Warrior and Exercise Bersama Shield to strengthen cooperation with other member-nations, and build professional relationships.