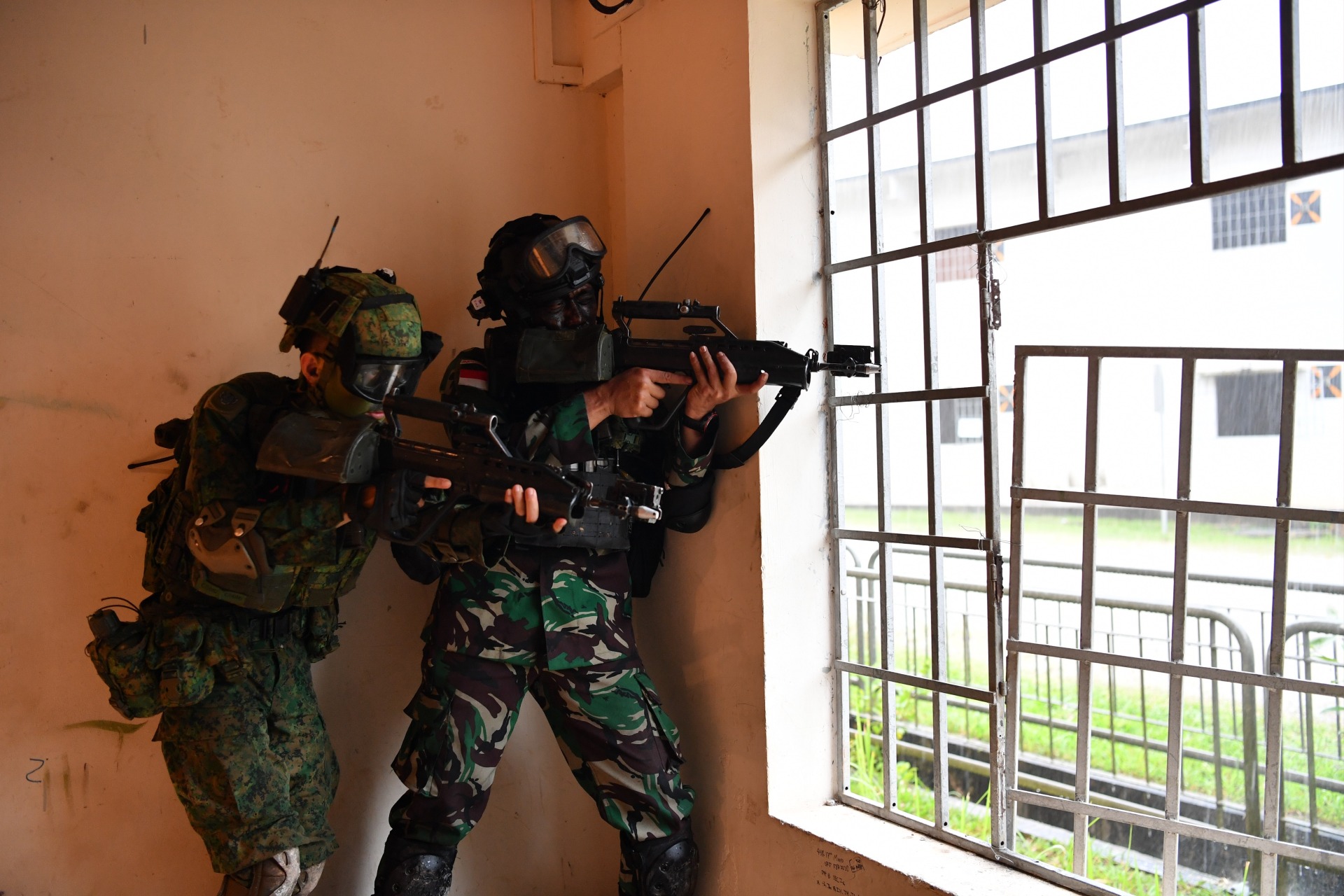 Soldiers from the Singapore Army and the Indonesia Army (TNI-AD) working together to secure the urban objective. 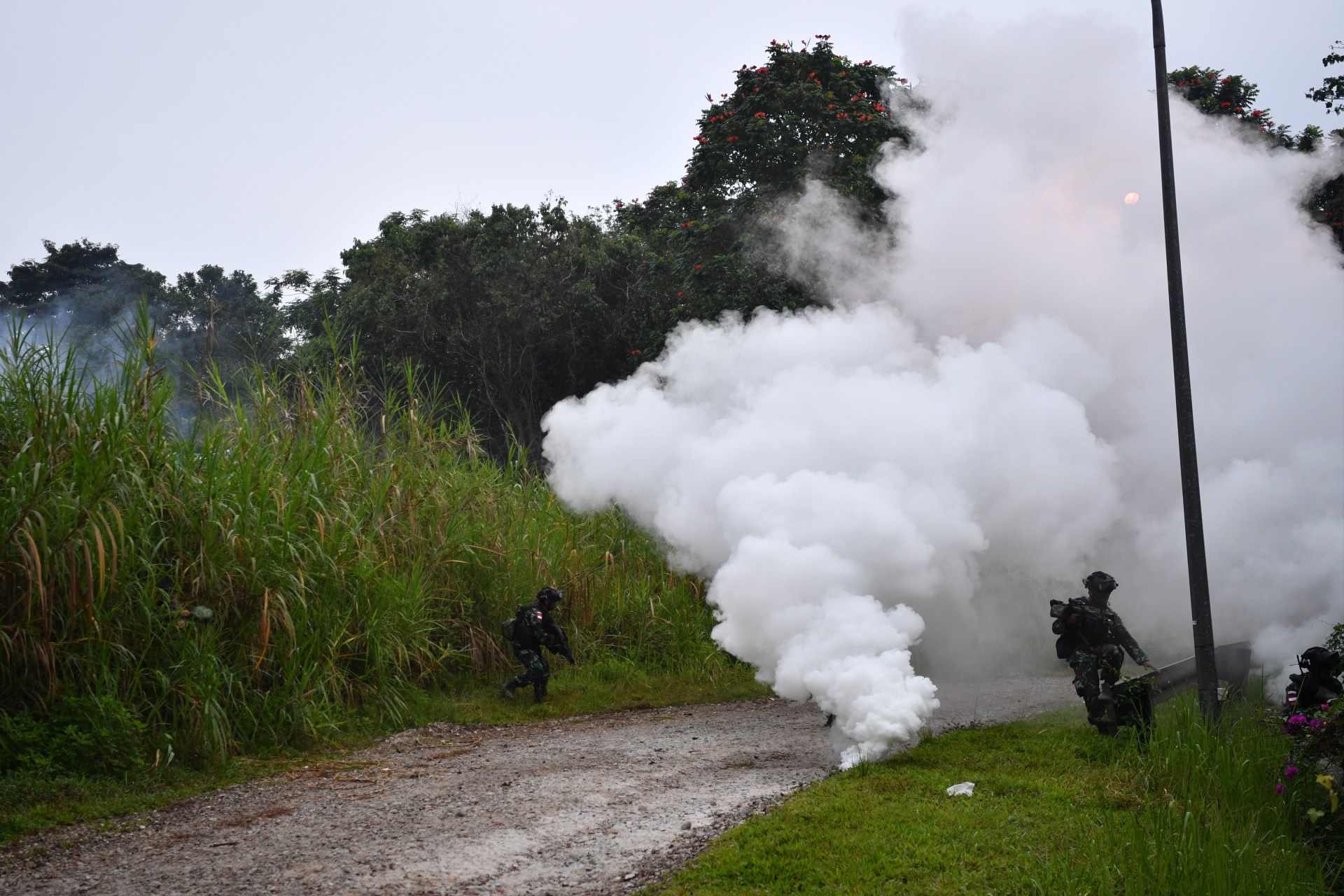 A TNI-AD soldier firing the SAR-21 at the Multi-Mission Range Complex. 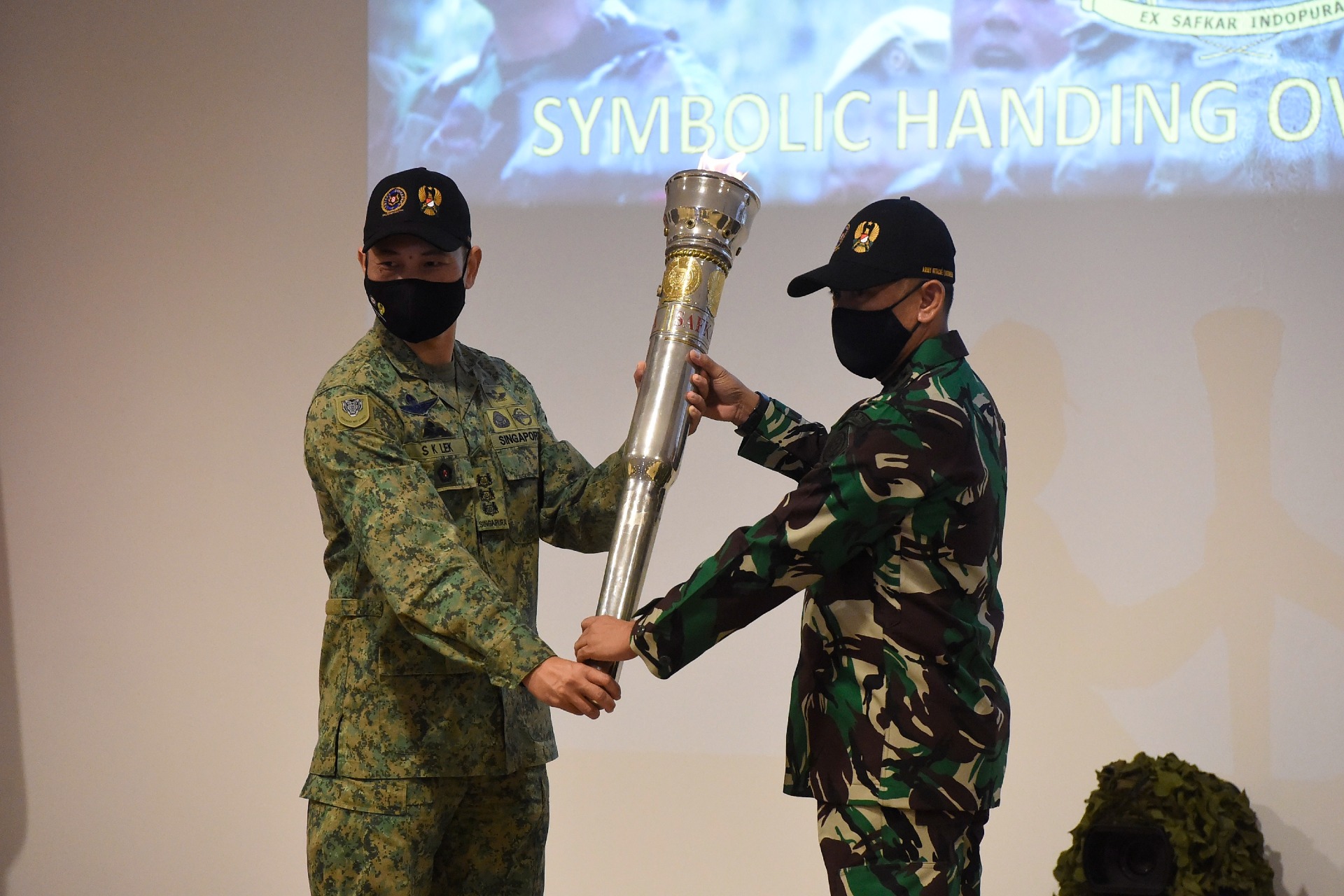 This year's exercise involved troops from the Headquarters 3rd Singapore Infantry Brigade and the 5th Battalion, Singapore Infantry Regiment from the Singapore Army, as well as TNI-AD troops from the 15th Infantry Brigade, KODAM III. The exercise provided an opportunity for both armies to strengthen interpersonal bonds and deepen mutual understanding through a series of professional exchanges, live-firing and urban operations tactical drills. The exercise culminated with a field training exercise at the Murai Urban Training Facility this morning, with troops from both armies executing a combined company-level urban assault.

To enable the safe conduct of the exercise, participants from both armies were fully vaccinated and strictly abided by COVID-19 Safe Management Measures (SMM) such as rostered routine testing and cohorting by functional groups.

Speaking at the closing ceremony, BG Goh highlighted that the exercise contributed to the fostering of mutual understanding and friendship between both armies. He said, "Exercise Safkar Indopura has seen the participation of generations of SAF and TNI-AD key leadership, officers, specialists and soldiers, and the mutual trust and close friendships we have built through the years have contributed to the deep and longstanding defence relationship that our two armies enjoy." BG Goh also added, "With the COVID-19 situation, necessary precautions were made by implementing stringent and effective SMMs to achieve a safe and meaningful exercise."

First conducted in 1989, Exercise Safkar Indopura underscores the close and long-standing defence relations between Singapore and Indonesia. Both countries engage in a wide range of bilateral activities, including exercises, visits, professional exchanges and the cross-attendance of courses. These interactions have enhanced the interoperability and strong people-to-people ties between the two armed forces.