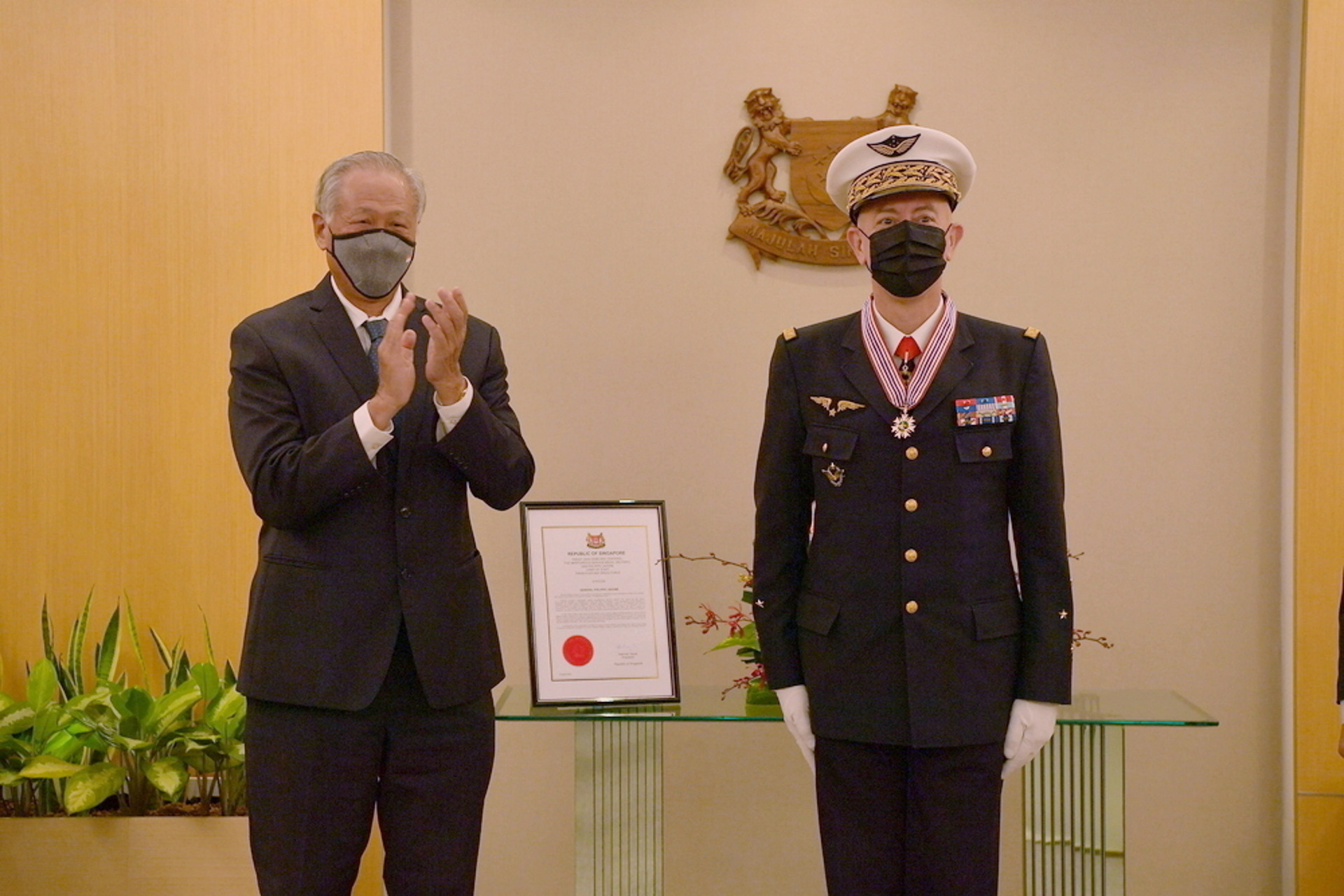 Minister for Defence Dr Ng Eng Hen (Left) and Chief of Staff of the French Air and Space Force General (GEN) Philippe Lavigne after the Meritorious Service Medal (Military) Investiture at the Ministry of Defence (MINDEF) this morning. 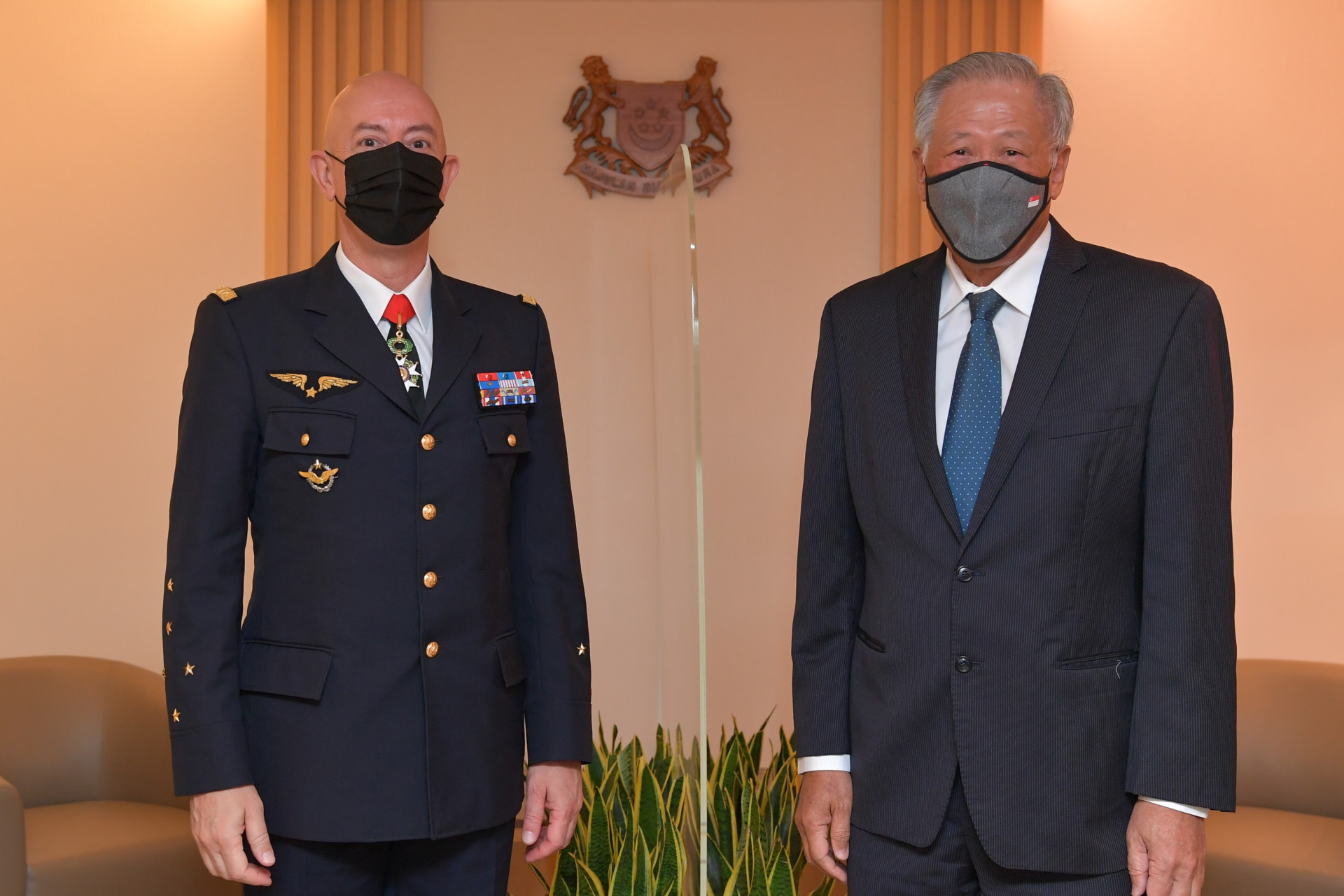 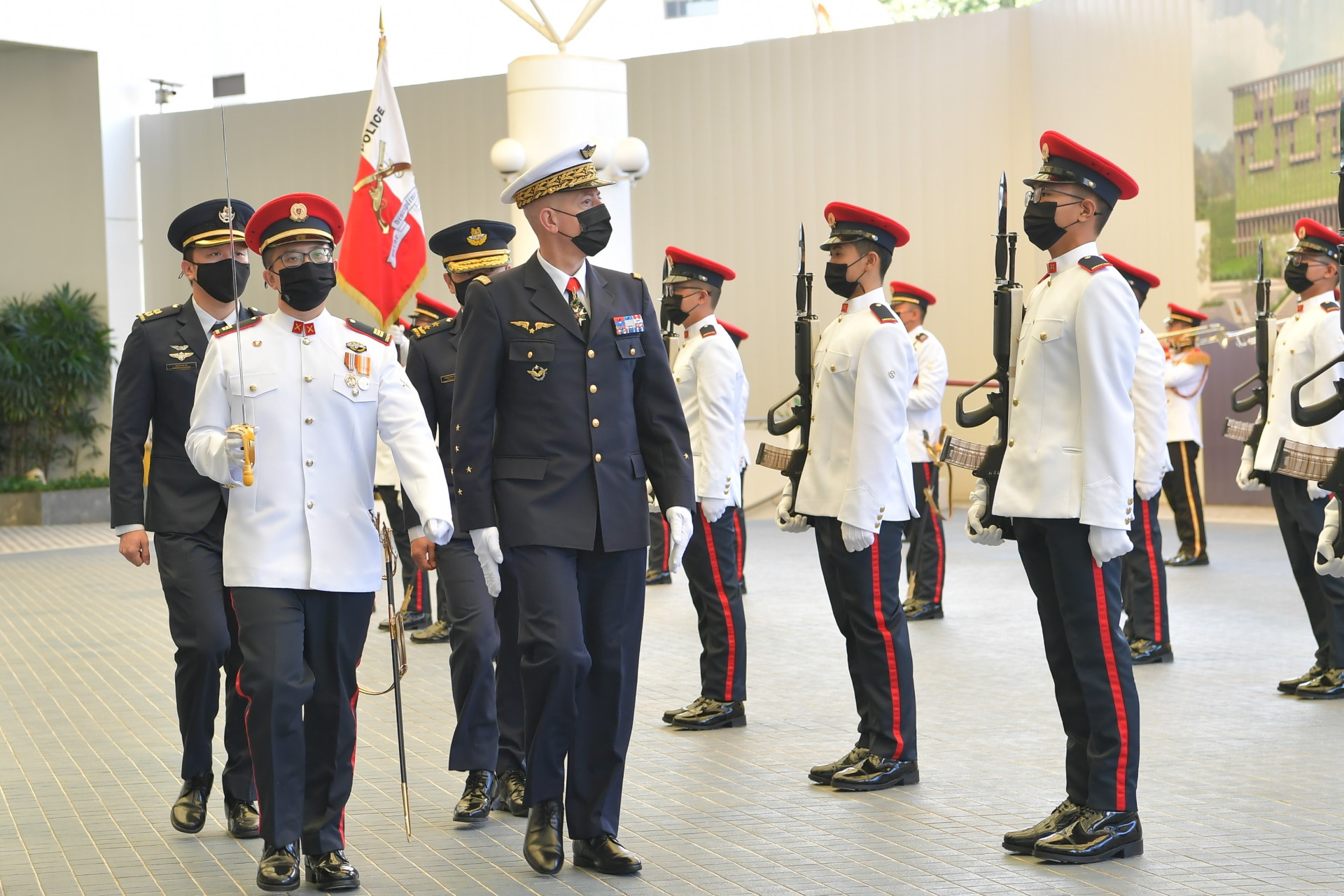 GEN Lavigne reviewing the Guard of Honour at MINDEF. 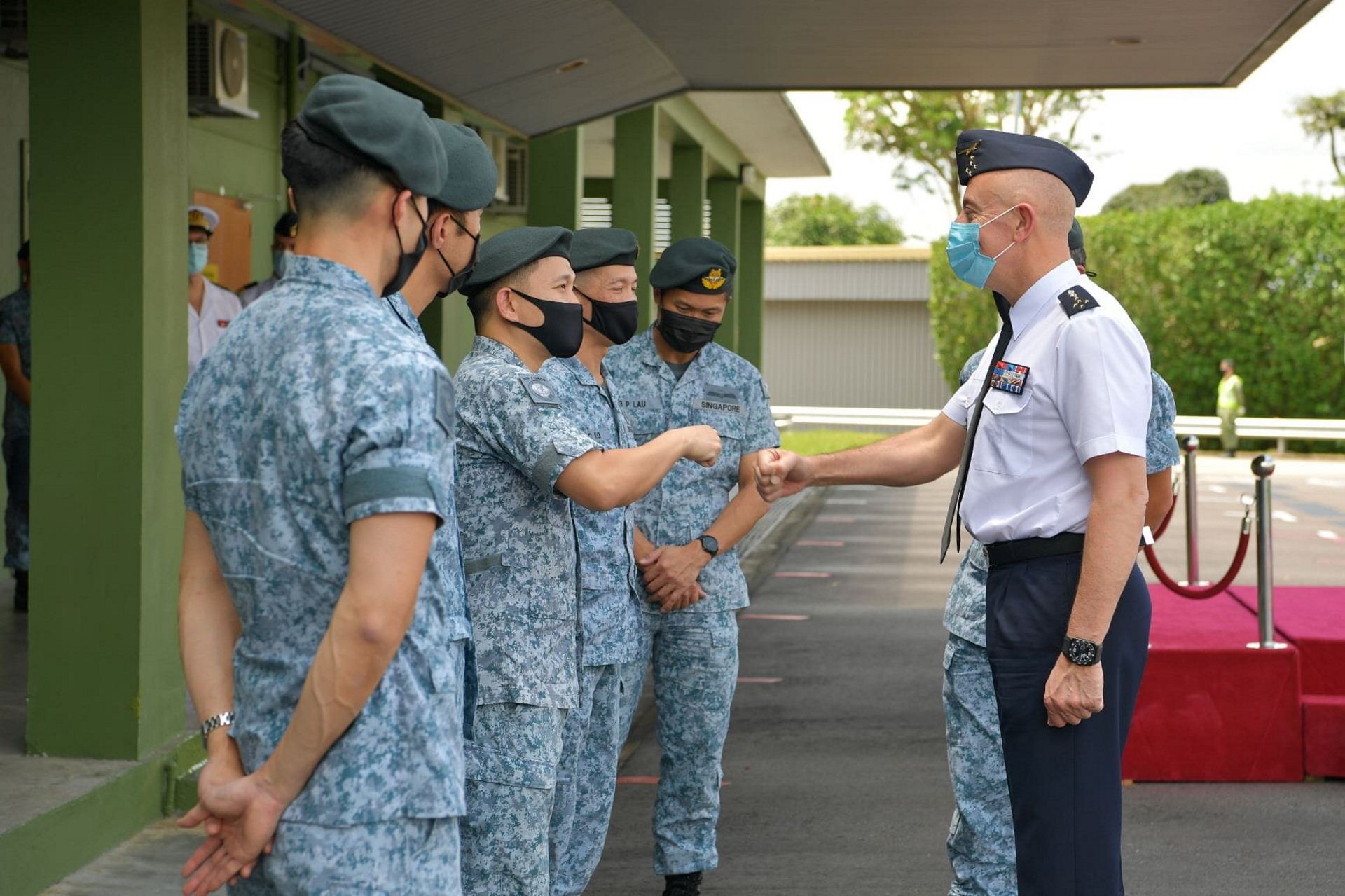 GEN Lavigne (Right) at a visit to Sembawang Air Base.

The Chief of Staff of the French Air and Space Force (FASF) General (GEN) Philippe Lavigne was conferred Singapore's prestigious military award, the Pingat Jasa Gemilang (Tentera), or the Meritorious Service Medal (Military), by President Halimah Yacob. Minister for Defence Dr Ng Eng Hen presented the award to GEN Lavigne at an investiture held at the Ministry of Defence (MINDEF) this morning.

GEN Lavigne was conferred the award for his significant contributions towards enhancing bilateral defence ties between the FASF and the Republic of Singapore Air Force (RSAF). Under his leadership, the two Air Forces collaborated in areas of interests including Unmanned Aerial Vehicles and and Air-Land Operations. GEN Lavigne's support has also been vital for the RSAF to sustain aircrew training at the Advanced Jet Training detachment in Cazaux Air Base.

On receiving the award, GEN Lavigne said, "I am very honored to receive this prestigious award. The credit goes to all the French and Singaporean aviators who work together to defend our shared values. This distinction highlights the friendship and the great cooperation between the Republic of Singapore Air Force and the French Air and Space Force."

Prior to the investiture, GEN Lavigne reviewed a Guard of Honour and took a familiarisation flight on board an RSAF AS332 Super Puma helicopter. He also called on Dr Ng, Chief of Defence Force Lieutenant-General Melvyn Ong and Chief of Air Force Major-General (MG) Kelvin Khong. Later today, GEN Lavigne will visit Paya Lebar Air Base to view the F-15SG fighter aircraft on static display.