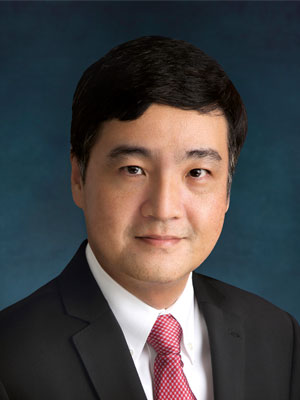 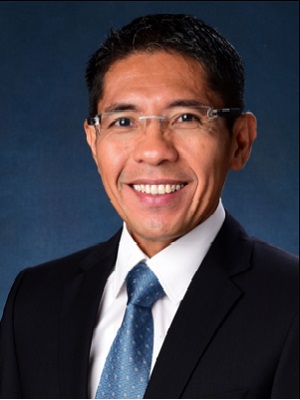 As Singapore enters a new phase of geopolitics, we need to forge stronger relations with our key partners and preserve space for ourselves, to maintain our sovereignty and independence, and to pursue our own interest.

Some examples of MINDEF/SAF's efforts to strengthen defence ties with the United States (US), China and key partners include:

Against the changing geopolitics, the SAF will restructure to better respond to clear and present security threats - terrorism, cyber threats and maritime threats. To deal with both conventional and unconventional threats in an uncertain landscape, the SAF will continue to develop overseas training areas and facilities where servicemen and units can receive effective training that makes the decisive difference.

Under the Comprehensive Strategic Partnership with Australia, the facilities being developed in Shoalwater Bay and Greenvale include modern instrumented training ranges, such as the Combined Arms Air-Land Ranges and Urban Operations Live Firing facilities, in an area approximately 10 times the size of Singapore. Significant progress has also been made with the completion of an ammunition storage building in 2019.

The training areas in Shoalwater Bay and Greenvale are expected to be ready for operation by 2024 and 2028 respectively. Upon completion, the SAF will be able to conduct integrated training across all three Services, involving up to 14,000 personnel and 2,400 vehicles over up to 18 weeks annually.

Training Opportunities and Capabilities for Navy

Last year, the Republic of Singapore Navy (RSN) participated in Exercise Pacific Griffin and the inaugural Singapore-India-Thailand Maritime Exercise. This year, the RSN will take on a key leadership role in the world's largest multilateral maritime exercise, Rim of the Pacific Exercise or RIMPAC, alongside established navies in the Pacific Ocean. These overseas deployments help to validate the RSN's systems and benchmark competencies.

The last three of the RSN's fleet of eight Littoral Mission Vessels were commissioned last month. With the commencement of trials for the new Invincible-class submarine in Germany, her pioneer crew is undergoing work-up training.

Under the Memorandum of Understanding signed last December by the US Secretary of Defense Mark Esper and Minister for Defence Dr Ng Eng Hen, a fighter training detachment will be established in Guam. Upon completion in 2029, the Republic of Singapore Air Force (RSAF) plans to deploy F-15s, F-16s and supporting assets such as the Gulfstream 550 – Airborne Early Warning for training. The training airspace around Guam, approximately 80 times the size of Singapore, will allow the RSAF to conduct larger scale, more complex and realistic air-to-air and air-to-ground training to hone operational capabilities. Following last year's announcement on plans to purchase the F-35s, the SAF will acquire four F-35Bs and locate them in US for training and in-depth evaluation. The fifth-generation fighter aircraft is able to take off from a shorter runway and land vertically, an essential feature in land-scarce Singapore.

In March 2020, the first net positive energy aircraft hangar in Changi Air Base will be delivered. The project design obtained the Green Mark (GM) Platinum (Positive Energy) award, and was lauded for its ability to produce 30% more electricity than it consumes. 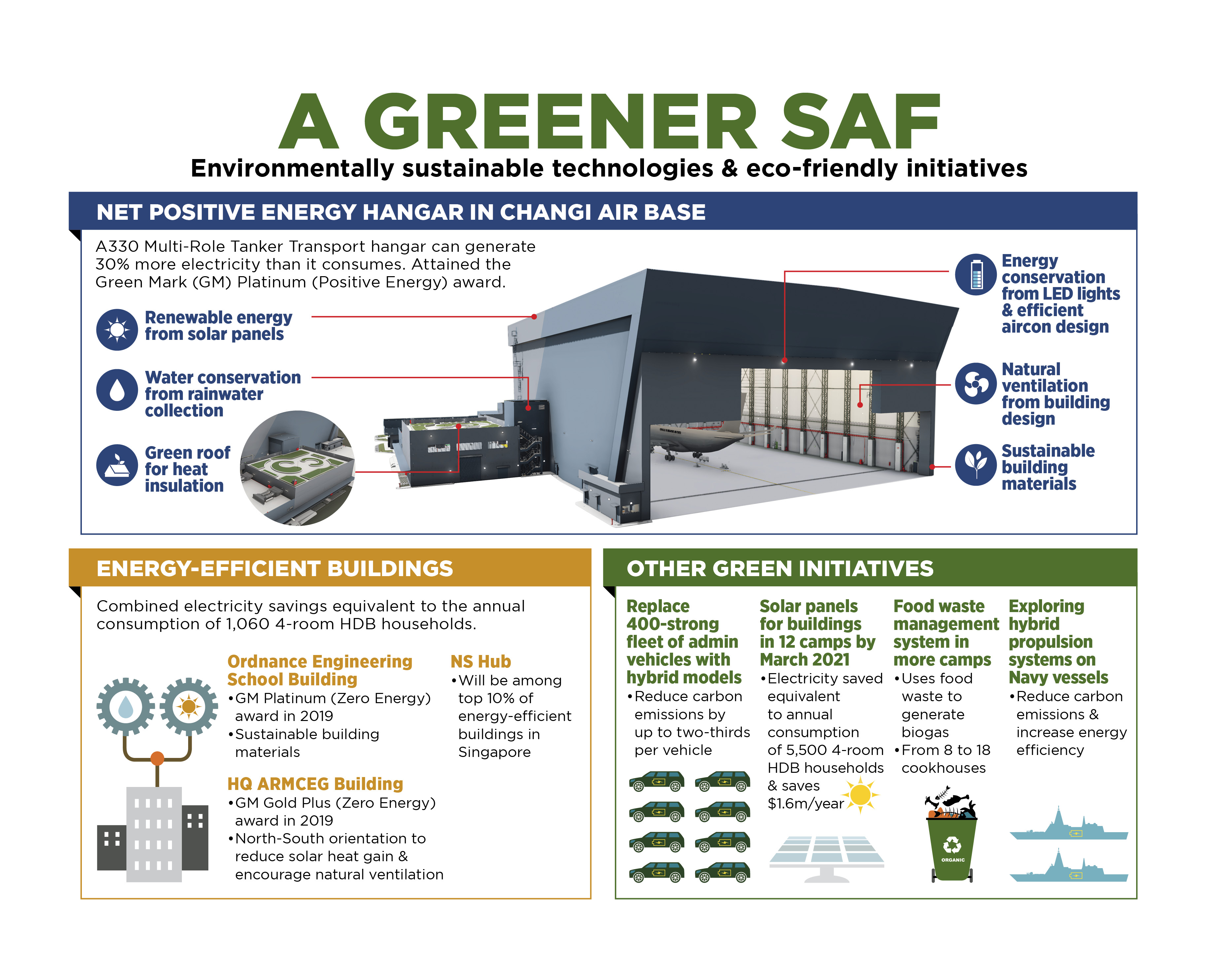 With National Service being the cornerstone of Singapore's defence, the SAF is committed to training our national servicemen effectively and safely. This means putting in place a robust training safety system, because we are accountable for every single national serviceman. The SAF will continue to improve the NS experience for every serviceman at every stage of the NS journey, to boost their commitment towards national defence.

Recognising Contributions of Servicemen and Families

Click on the image below to view the full infographic. MINDEF continues to do its part in enhancing Singaporeans' and servicemen's understanding of digital threats and how everyone can play their part.

MINDEF is collaborating with People's Association to introduce the Total Defence Achiever Badge programme for the Community Emergency Response Team (CERT), an organised group of volunteers specially trained to respond to emergencies. To achieve the highest tier of the programme, CERT members have to attend lessons to learn how to identify fake news, community mediation and psychological first aid, among other training components.