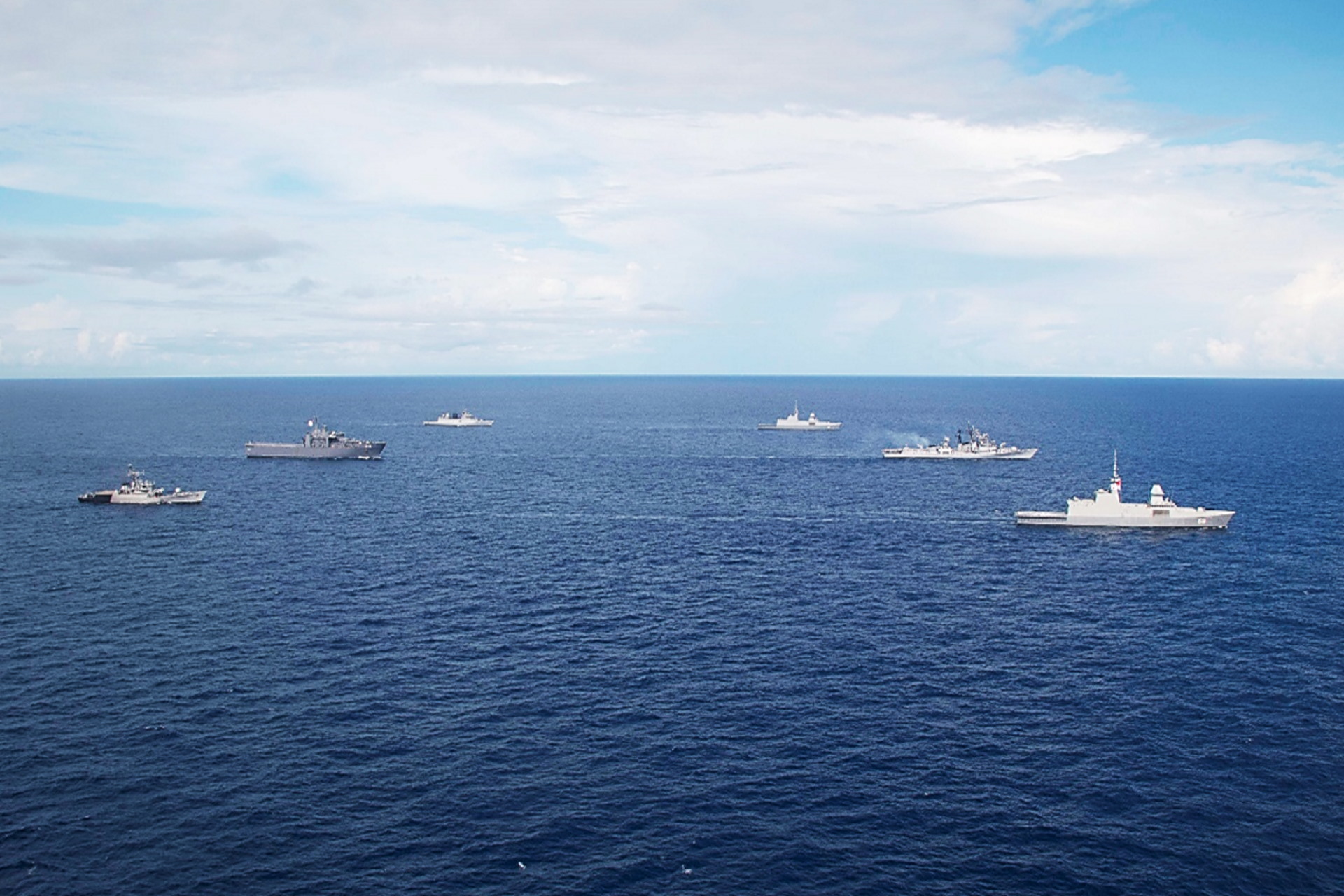 The Republic of Singapore Navy and Indian Navy sailing in formation during SIMBEX 2020. A naval helicopter departing from RSS Steadfast for CASEX. 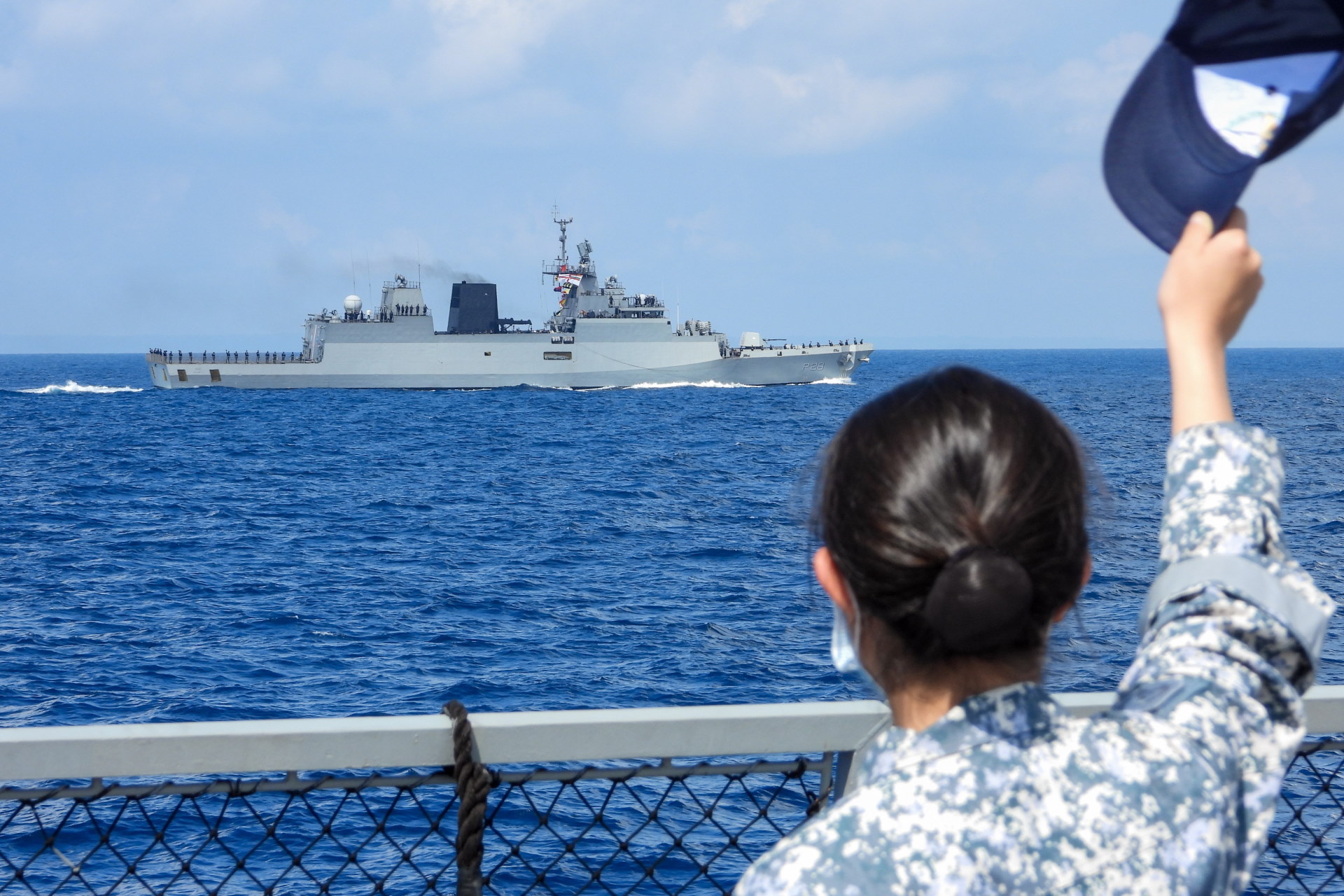 The Republic of Singapore Navy (RSN) and the Indian Navy (IN) conducted the Singapore-India Maritime Bilateral Exercise (SIMBEX) from 23 to 25 November 2020. This year's SIMBEX was planned virtually without physical interaction and conducted in the Andaman Sea and Indian Ocean as an 'at-sea only' exercise.

Commenting on the successful completion of the exercise, Commanding Officer of RSS Intrepid, Lieutenant Colonel Oh Zongbo said, "Despite not being able to meet face-to-face, we continued to drill in a wide range of naval warfare serials, such as anti-submarine operations that require close coordination between ships, helicopters and maritime patrol aircraft. The ability to execute these complex drills is a result of the good understanding and coordination that our navies have established over the years."

SIMBEX was incepted in 1994 and is one of the RSN's longest-running bilateral exercises. This year marks the 27th edition of the exercise, which underscores the strong and long-standing defence ties between both countries. Over the years, SIMBEX has grown in scope and complexity, expanding beyond conventional naval warfare to include elements of maritime security.