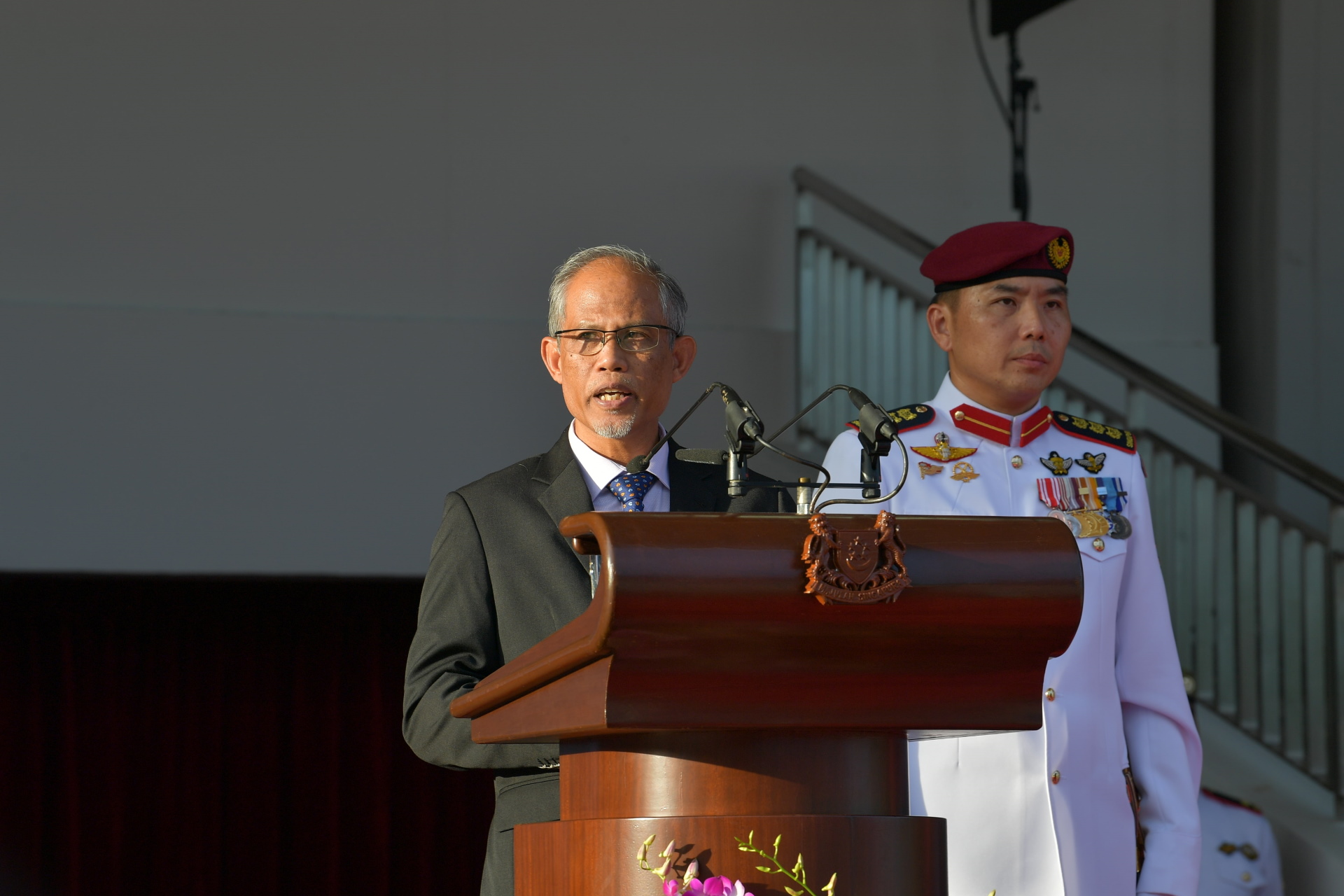 Mr Masagos reviewing the contingents at the 116/19 OCCP. 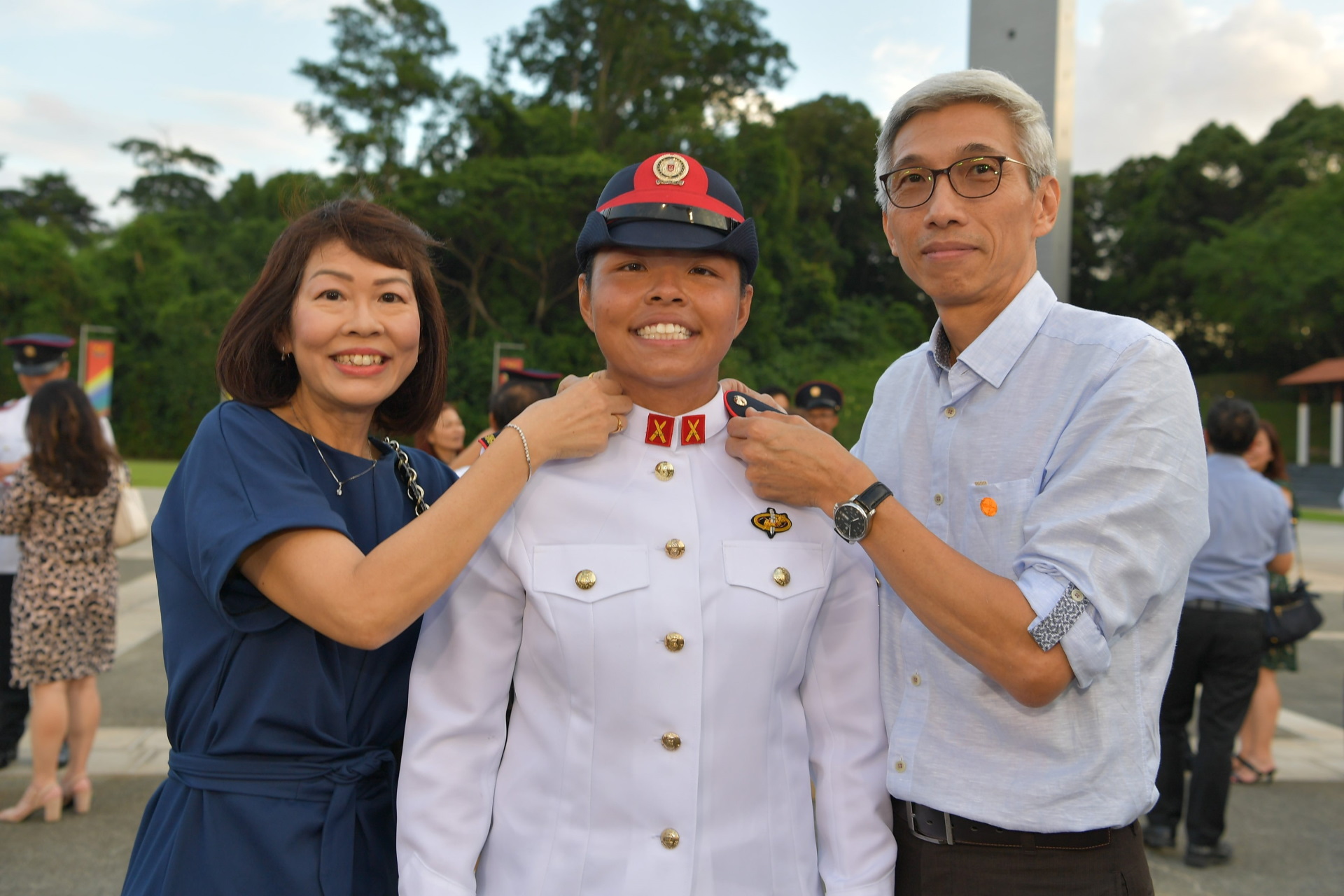 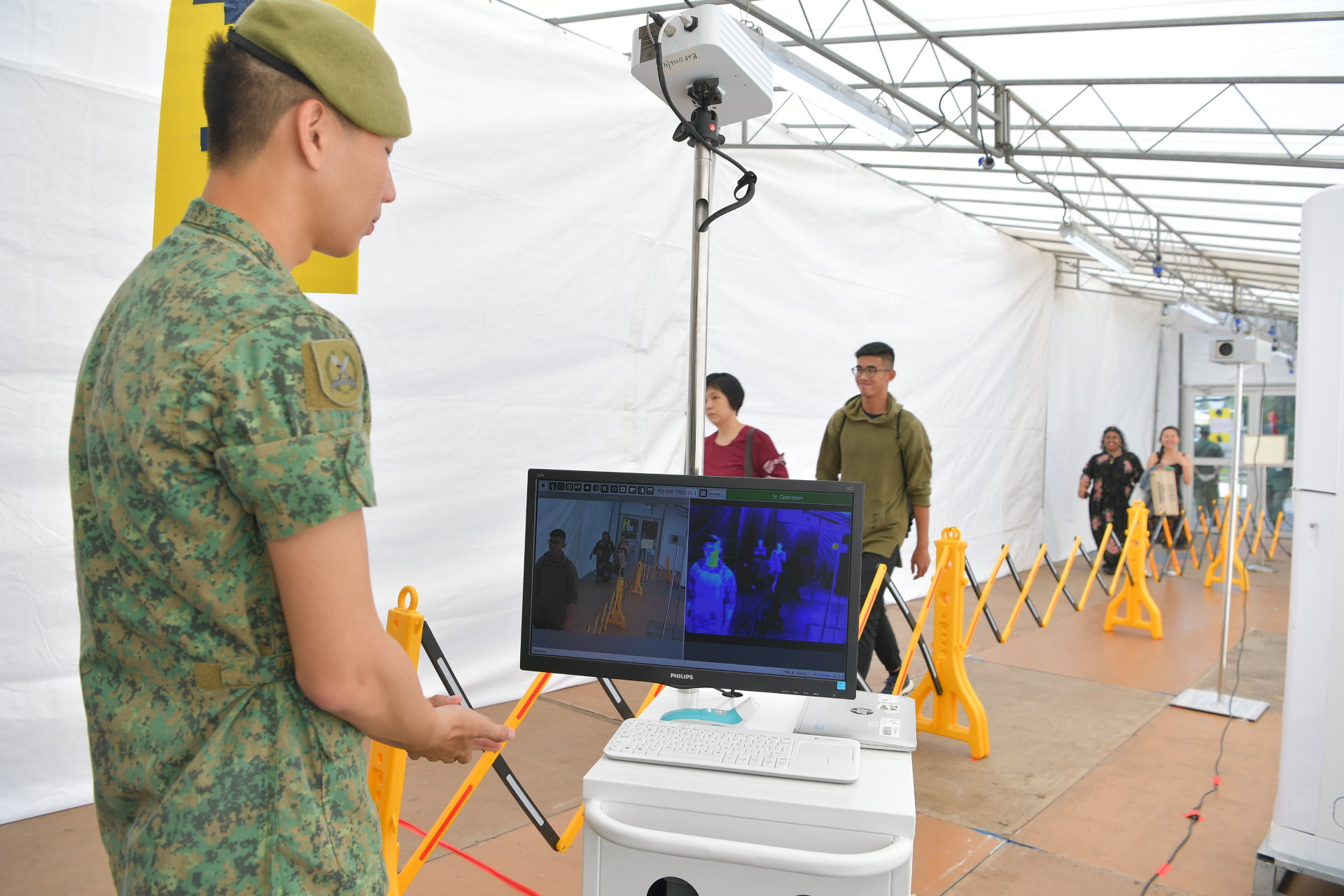 Attendees undergoing pre-entry temperature screening as a precautionary measure against the Coronavirus Disease 2019.

Minister for the Environment and Water Resources Mr Masagos Zulkifli reviewed a commissioning parade at the SAFTI Military Institute this evening. 227 cadets, comprising 161 from the Army, 24 from the Navy, and 42 from the Air Force, were commissioned as officers of the Singapore Armed Forces (SAF).

Speaking at the parade, Mr Masagos highlighted the importance of a strong SAF in upholding national interest. He said, "The SAF, like Singapore, may be small in size, but it stands tall and proud to defend our rights and advance our national interests. The source of that strength lies not just in modern and sophisticated weaponry, but the heart and dedication of the people who make up the SAF."

Mr Masagos also reminded graduands of their responsibility as leaders in the SAF and the importance of inspiring commitment to defence. He said, "As an officer, your duty is to rally and nurture fellow Singaporeans who come from different races, religions, and socioeconomic backgrounds. You will have to inspire them to serve with distinction and commit to the common cause of keeping Singapore safe and secure."

The parade marked the completion of 38 weeks of rigorous training at the Officer Cadet School. The realistic training conducted during the course sharpened the cadets' combat, planning and leadership skills. The newly commissioned officers will go on to assume command, instructional or staff appointments in the SAF. Also present at the parade were senior Ministry of Defence officials and SAF officers, as well as families and friends of the newly commissioned officers.

Enhanced precautionary measures against the Coronavirus Disease 2019 were implemented for the event. The number of invited guests was reduced by half, and adjustments to the programme were made with the cancellation of the post-parade dinner. All attendees were required to undergo temperature screening and declare their travel history, reminded not to attend if they felt unwell, and provided with access to hand sanitisers. Attendees were also tagged to their seating arrangements in the parade square to assist contact tracing if necessary.

Speech by Minister for the Environment and Water Resources Mr Masago Zulkifli, at Safti Military Institute for the 116th Officer Cadet Commissioning Parade