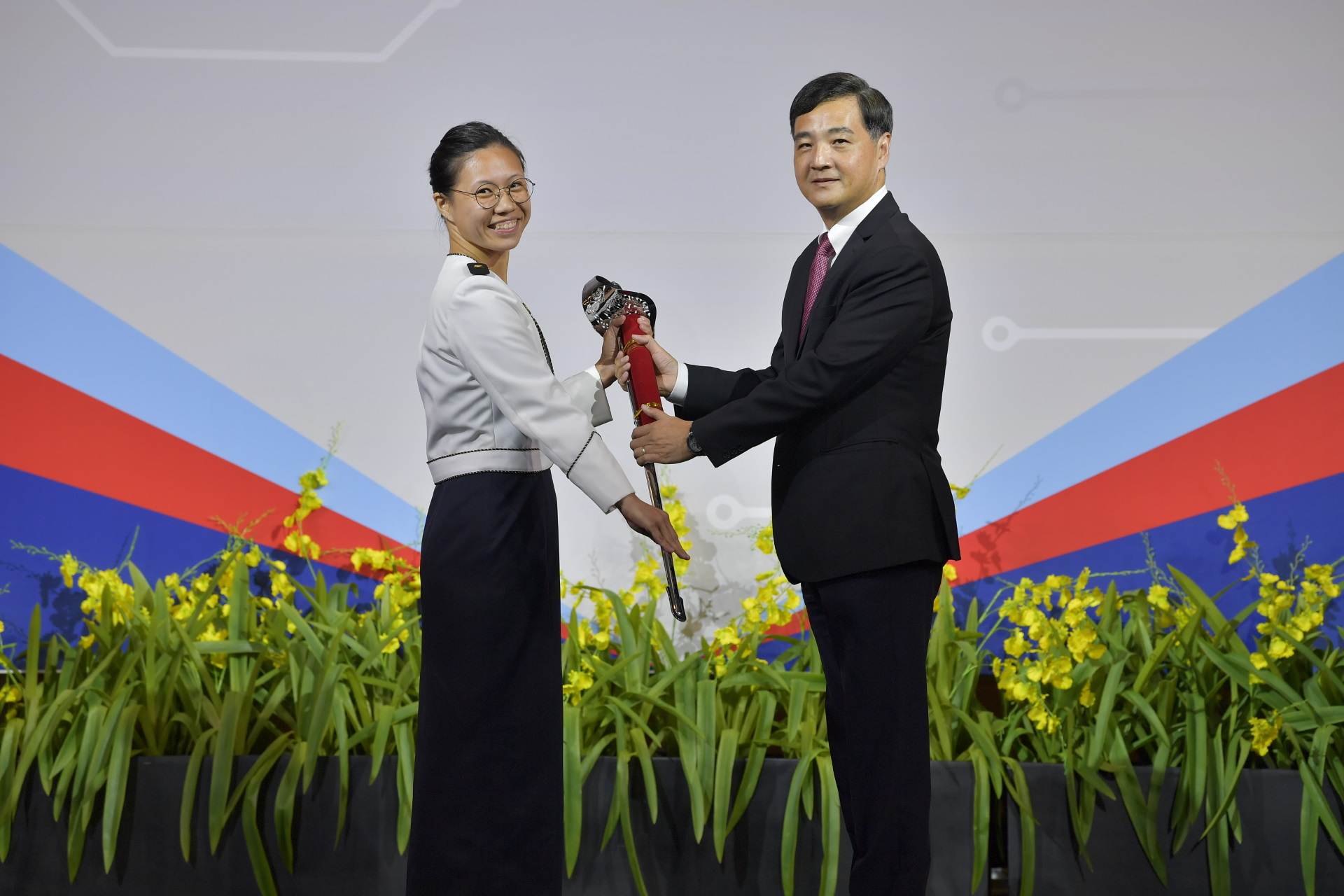 Mr Heng delivering a speech at the 18th SMEAC. 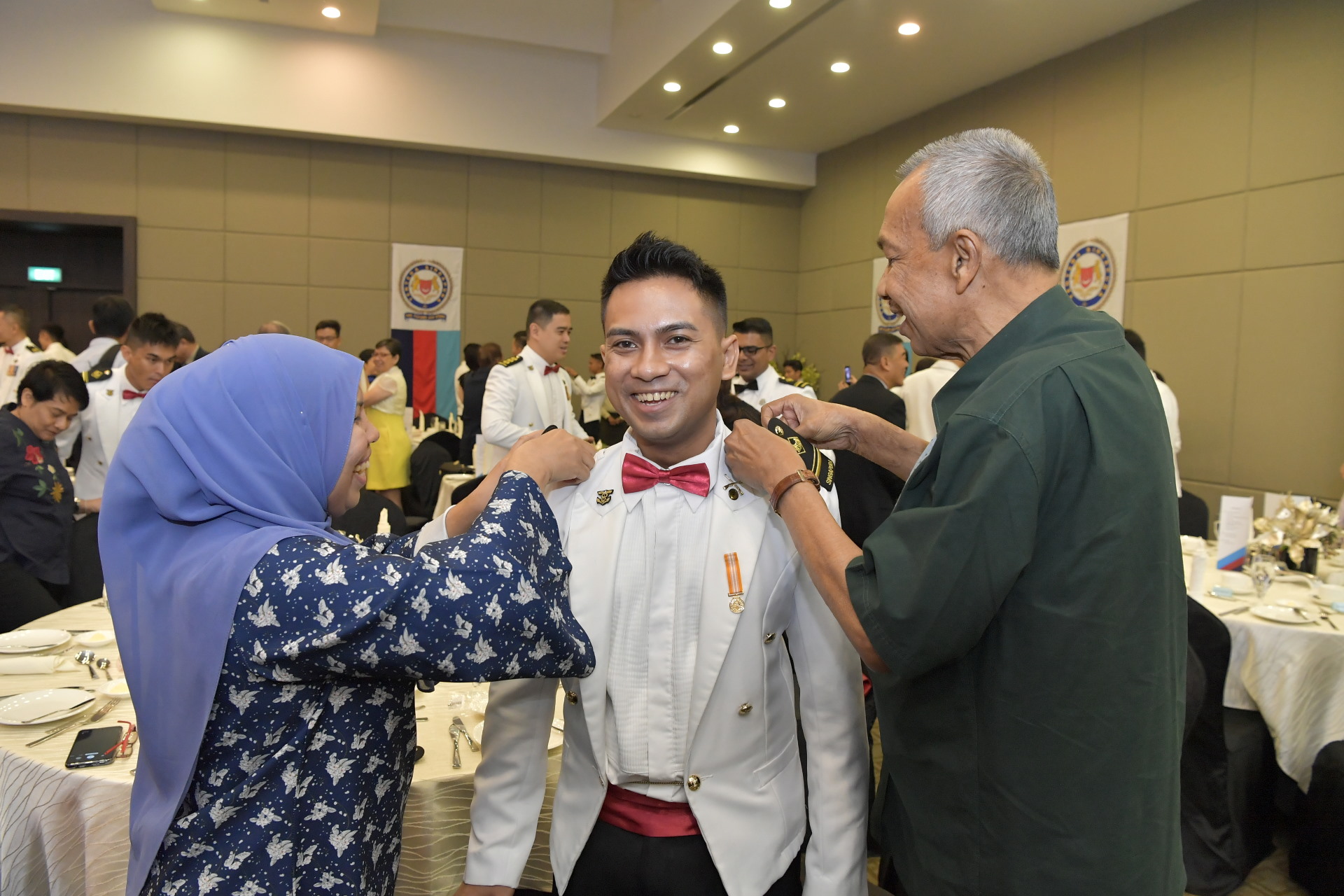 Senior Minister of State for Defence Mr Heng Chee How officiated at the 18th Singapore Armed Forces (SAF) Senior Military Expert Appointment Ceremony at Temasek Club this evening, where 91 servicemen and women were appointed as Senior Military Experts (MEs). The graduating cohort comprised 21 personnel from the Singapore Army, 43 from the Republic of Singapore Navy, seven from the Republic of Singapore Air Force, three from Joint, and 17 from the SAF's Command, Control, Communications, Computers and Intelligence (C4I) community. Among the graduating cohort was also the inaugural batch of Command, Control, Communications and Computers Expert (C4X) trainees, following the introduction of the C4X scheme last year.

Speaking at the ceremony, Mr Heng highlighted the critical role MEs play in keeping the SAF's fighting edge sharp. He said, "Since the inception of the Military Domain Expert Scheme (MDES), our Military Experts have proven to be a professional and committed corps. With a range of deep expertise in domains such as engineering, intelligence, medicine and cybersecurity, our Military Experts have been pivotal in ensuring the readiness of our defence capabilities, and keeping our fighting edge sharp."

Mr Heng also highlighted the significance of the new C4X vocation. He said, "With the proliferation of cyber weapons, malicious actors now have a borderless and asymmetric instrument to launch attacks. Being a highly networked force, it is therefore vital for the Ministry of Defence (MINDEF) and the SAF to strengthen our systems against cyber threats." "In light of increasingly sophisticated cyber threats, MINDEF introduced the C4X vocation under the Military Experts scheme last year. C4X personnel work alongside the Defence Cyber Expert (DCX) and Cyber Full-Time National Servicemen (NSFs) to strengthen MINDEF's and the SAF's cyber defence capabilities," added Mr Heng.

This evening's ceremony marked the completion of the Military Domain Experts Course, which trains MEs to assume roles in the SAF where in-depth expertise in areas such as engineering, intelligence, military medicine and cybersecurity is required. The training conducted during the course developed and honed the ME's leadership competency, military domain knowledge and specialised skills. The newly-appointed Senior MEs will move on to assume command or staff appointments in their professional areas.

Also present at the ceremony were Chief of Navy Rear-Admiral Lew Chuen Hong, senior SAF officers as well as families and friends of the graduands.