The Republic of Singapore Air Force (RSAF)'s Island Air Defence (IAD) System is a multi-layered, networked, and intelligent Air Defence system which integrates advanced sensors, capable weapon systems, command and control elements, and decision-making tools. As part of the evolutionary journey to maintain Singapore's edge and operational capabilities in air defence, the RSAF works closely with the Defence Science and Technology Agency (DSTA) to integrate and enhance the IAD system to ensure that the RSAF is able to deal with new and emerging threats effectively.

With the integration of key components such as the Multi-Mission Radar (MMR), System for Hybrid Interceptor Knowledge of Recognised Air (SHIKRA) Radar, smart Combat Management System (CMS) and the Aster 30 Missile System into the RSAF's IAD system, it is able to See More, Shoot Further and is Smarter. Part of the capabilities of the Next-Generation Singapore Armed Forces, the IAD system is capable of neutralising a wider spectrum of air threats to protect Singapore's skies day and night.

a. See More. With a suite of advanced early warning sensors, including the MMR and the SHKIRA Radar, the RSAF's IAD system can better detect,      identify and track more air threats, from aircraft to air munitions and Unmanned Aerial Vehicles (UAVs)  in a timely manner, and provide comprehensive air situational awareness for the RSAF's daily operations.

b. Shoot Further. With the integration of the RSAF's capable Ground Based Air Defence (GBAD) systems, including the Aster 30 and the SPYDER Missile System, the RSAF's IAD system is capable of engaging, intercepting and neutralising a wider spectrum of air threats ranging from aircraft, to smaller targets such as air munitions and UAVs at a longer range and with greater precision.

The Aerostat, a tethered balloon system, operates at 2,000ft (600m) with a clear line of sight over Singapore's air and sea space. With an effective detection range of up to 200km, the Aerostat provides 24/7 low-level radar coverage. 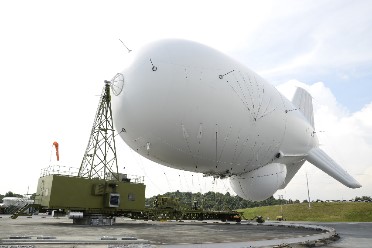 The AMB radar is a three-dimensional compact and high mobility radar designed for low-level surveillance. With an effective detection range of 60km, it detects low flying and slower moving air targets such as helicopters.

The FPS 117 is a three-dimensional long-range, high precision air defence radar with an effective detection range of up to 250 nautical miles (463km). 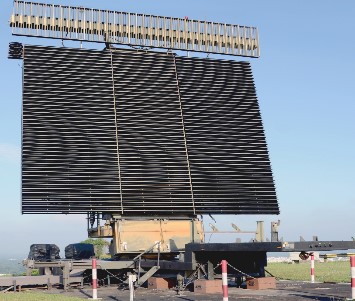 The G550-AEW is equipped with a state-of-the-art mission suite, including the Active Electronically Scanned Array (AESA) radar, which has an effective detection range of more than 200 nautical miles (370km) and provides persistent, all-weather ability to detect, identify and track aerial threats.

The MMR is a three-dimensional mobile radar with an effective detection range of up to 350km and 100km for air surveillance and hostile weapon locating respectively.

The SHIKRA radar is a three-dimensional mobile radar with a high update rate which provides high fidelity and accuracy of aerial targets. With an effective detection range of up to 100km, it provides low-level radar coverage for the RSAF. 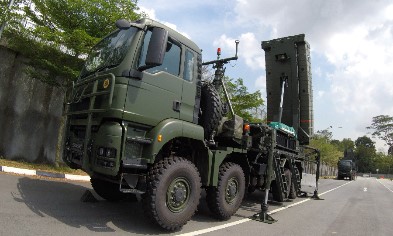 The RBS 70 system is a man-portable, short-range air defence missile system operating on a laser beam riding principle. With an effective intercept range of up to 8km, the RBS 70 system can be deployed in both mounted and dismounted configurations to enhance operational flexibility. 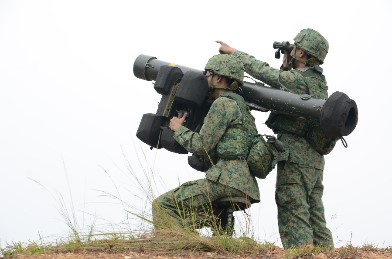 The Combat Network designed and developed by the RSAF and DSTA, integrates the sensors, weapon systems and smart Combat Management System (CMS), and leverages technologies to enable the rapid and seamless dissemination of time-critical information and data to all entities within the IAD system. The Combat Network enhances the RSAF's capabilities for 24/7 operations, as it provides an enhanced island-wide air defence coverage with reduced manpower, and also has high resilience as it prevents a single-point of failure.

Capable of analysing, prioritising targets and recommending actions, the smart CMS reduces the cognitive load on operators while continuing to provide a real-time comprehensive air situation picture by organising and fusing data from multiple sources to enable faster and better decision-making. The smart CMS and the Decision Support Systems (DSS) also incorporates technologies such as Artificial Intelligence (AI) and Data Analytics (DA) to evaluate real-time situations to assign and allocate the most effective weapon systems to decisively deal with potential air threats and protect Singapore's skies.