MG (U) Dato Hamzah reviewing the Guard of Honour at MINDEF. 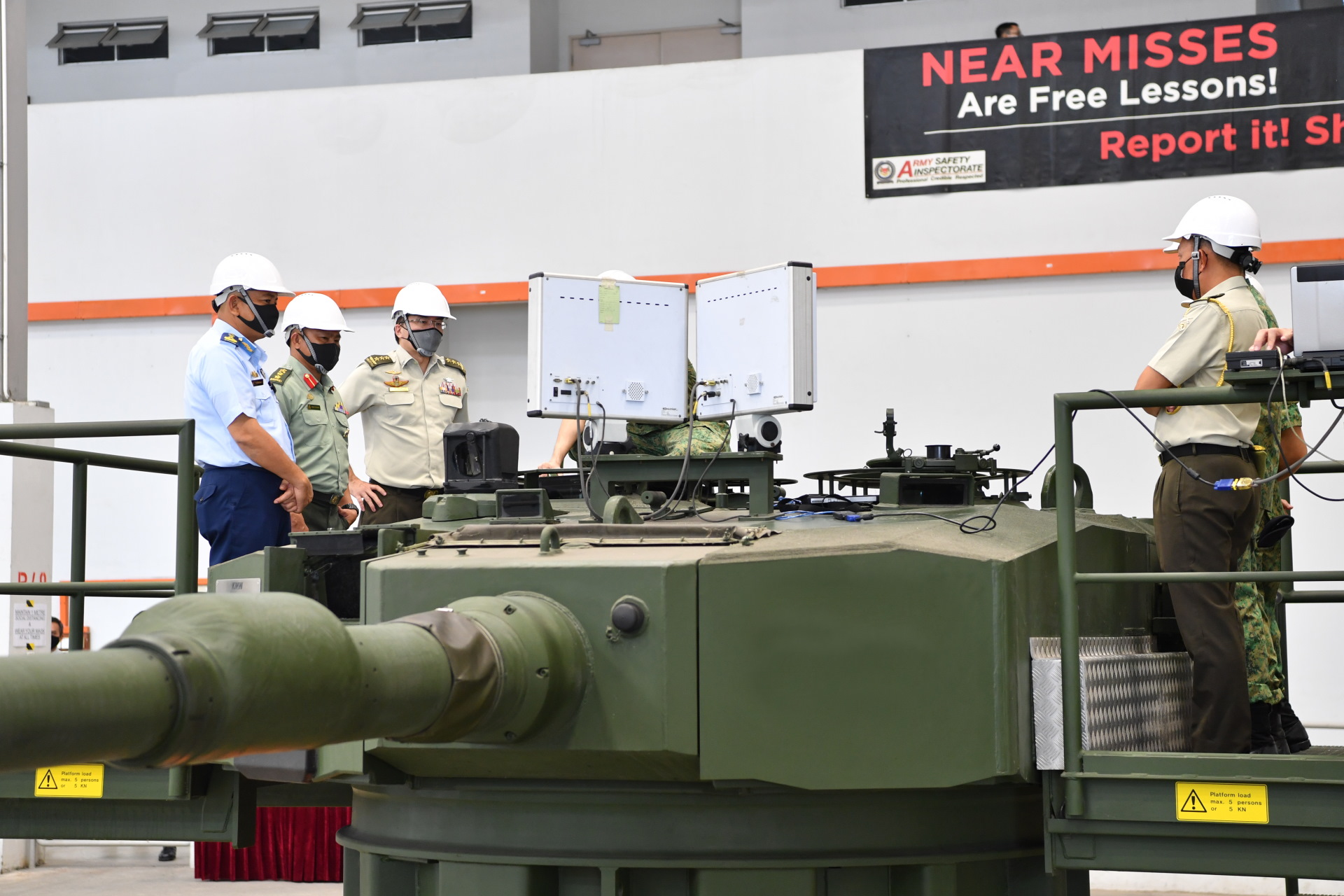 MG (U) Dato Hamzah (far left) receiving a brief on the Leopard 2A4 Turret Maintenance Trainer at Headquarters Combat Service Support Command. He was accompanied by Chief of Defence Force Lieutenant-General Melvyn Ong (third from left).

MG (U) Dato Hamzah, who is in Singapore for his introductory visit from 1 to 3 December 2020, was also conferred Singapore's prestigious military award, the Pingat Jasa Gemilang (Tentera), or the Meritorious Service Medal (Military), by President Halimah Yacob. Dr Ng presented the award to MG (U) Dato Hamzah at an investiture after their meeting.

MG (U) Dato Hamzah was conferred the award for his significant contributions towards enhancing bilateral defence ties between the Royal Brunei Air Force (RBAirF) and the Republic of Singapore Air Force (RSAF) in his previous appointment as Commander of the RBAirF. Under his leadership, both Air Forces deepened their friendship and cooperation through the expansion of professional and personal exchanges, as well as bilateral exercises. MG (U) Dato Hamzah also oversaw the commemoration of the 25th anniversary of Exercise Airguard; the exercise had allowed the RSAF and RBAirF to jointly hone their air defence proficiencies while strengthening mutual trust.

Prior to the investiture and the call on Dr Ng, MG (U) Dato Hamzah reviewed a Guard of Honour and also called on Chief of Defence Force Lieutenant-General (LG) Melvyn Ong at MINDEF. He will be accompanied on a visit to Headquarters Combat Service Support Command by LG Ong later today.

MG (U) Dato Hamzah's visit underscores the close and long-standing defence relations between Singapore and Brunei. The Singapore Armed Forces and the RBAF interact regularly through a wide range of activities such as bilateral exercises across the three Services, cross-attendance of courses, visits and professional exchanges. Such interactions have fostered mutual understanding and enhanced interoperability between the two militaries, and strengthened the rapport and camaraderie between personnel of both armed forces.