Dr Ng commissions the Hunter Armoured Fighting Vehicle by affixing the licence plate on the platform. 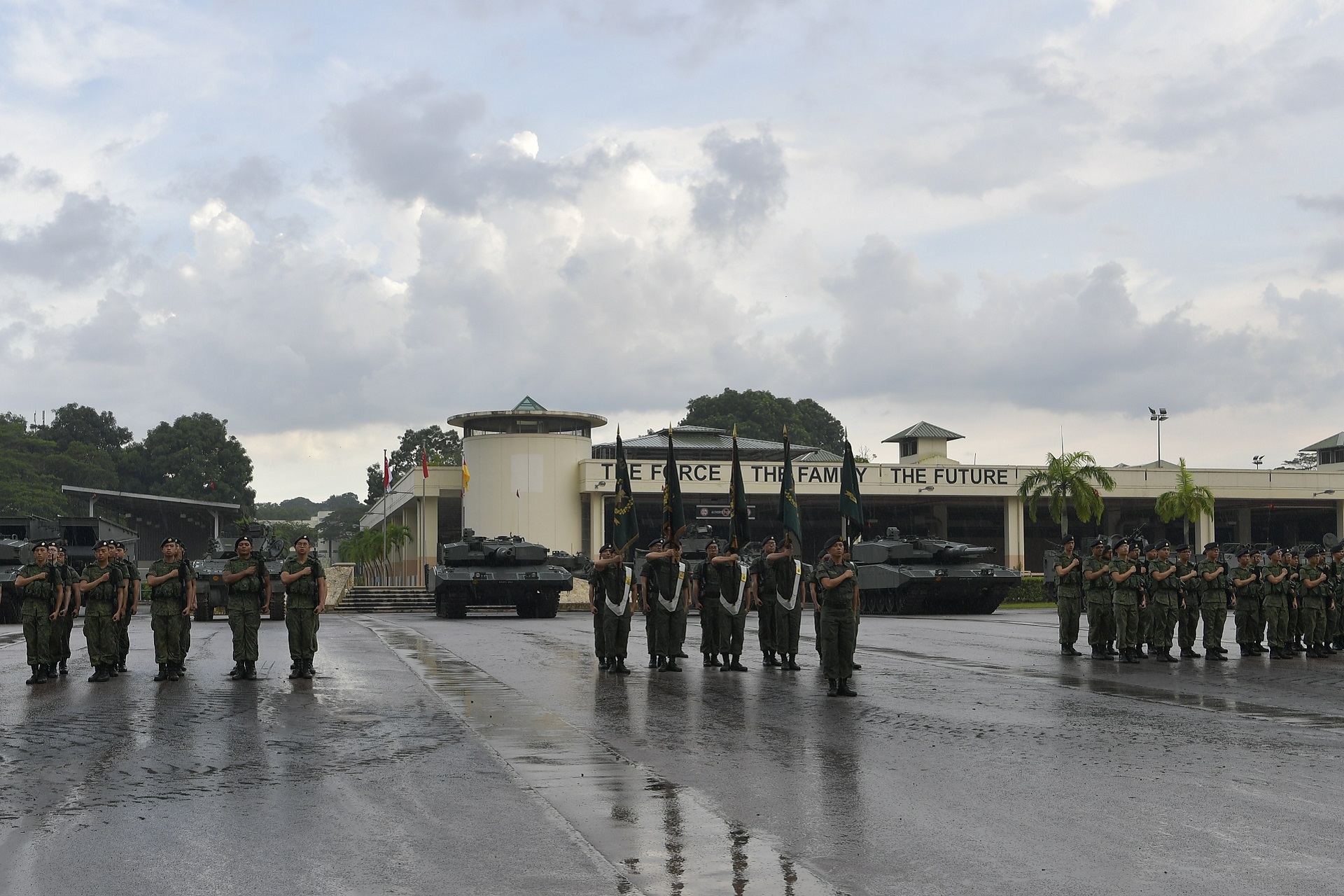 Soldiers from the Armour Formation reciting the Armour Creed, with Armour assets in the background. Speaking at the parade, Dr Ng hailed the commissioning of the Hunter as a centrepiece of the Singapore Army's transformation into the Next-Generation Army. The Hunter AFVs are tougher and more capable than the Ultra M113s they replace, enabling the Singapore Army to be a stronger, faster, smarter and more lethal advanced fighting force. Dr Ng said, "The Hunter replaces the Ultra M113 but represents a significant step-up in all areas – better firepower, mobility and protection. The Hunter fleet will require less manpower to operate, but with increased potency through the use of advanced technology."

Dr Ng also said that the Hunter is the Singapore Army's first fully digitalised platform with its suite of C4 (Command, Control, Communications and Computers) systems that will enhance the Army's networked warfighting capabilities and increase its operational effectiveness. He said, "The Hunter is the Singapore Army's first fully digitalised platform with C4 systems, which enables it to fight alongside other platforms in the SAF's orbat. These network synergies allow the Hunter to sense more accurately and quicker, to strike fast with deadly precision across all terrains." The design and development of the Hunter locally also attest to the professionalism and maturity of Singapore's Defence Technology Community and defence industry. "The Hunter is born locally, through the collaboration between Army, the Defence Science and Technology Agency (DSTA) and ST Engineering. The Hunter will be bred locally too, as the core capability of Armour, replacing the Ultra M113 that many Armour soldiers use", said Dr Ng.

This year marks the Armour Formation's golden jubilee, celebrating five decades of Armour's stellar contribution to the Singapore Armed Forces (SAF). Addressing the soldiers on parade, Dr Ng reiterated the central role of Armour to the SAF. He said, "As with the first batch of Armour Pioneers in 1969, the men and women of the Armour Formation have shown their steel and grit in developing these advanced capabilities today. True to the Armour Spirit, they are bold to overcome any adversity. The Armour Formation, as always, will be the SAF's sharp end of the spear to achieve a "Swift and Decisive" victory."

Also present at the parade were Chief of Defence Force Lieutenant-General Melvyn Ong, Chief of Army Major-General Goh Si Hou, Chief Executive of DSTA Mr Tan Peng Yam, senior officials from the Ministry of Defence and the SAF, as well as the first batch of Armour Pioneers and the early batches of Armour National Servicemen from the Merdeka Generation.