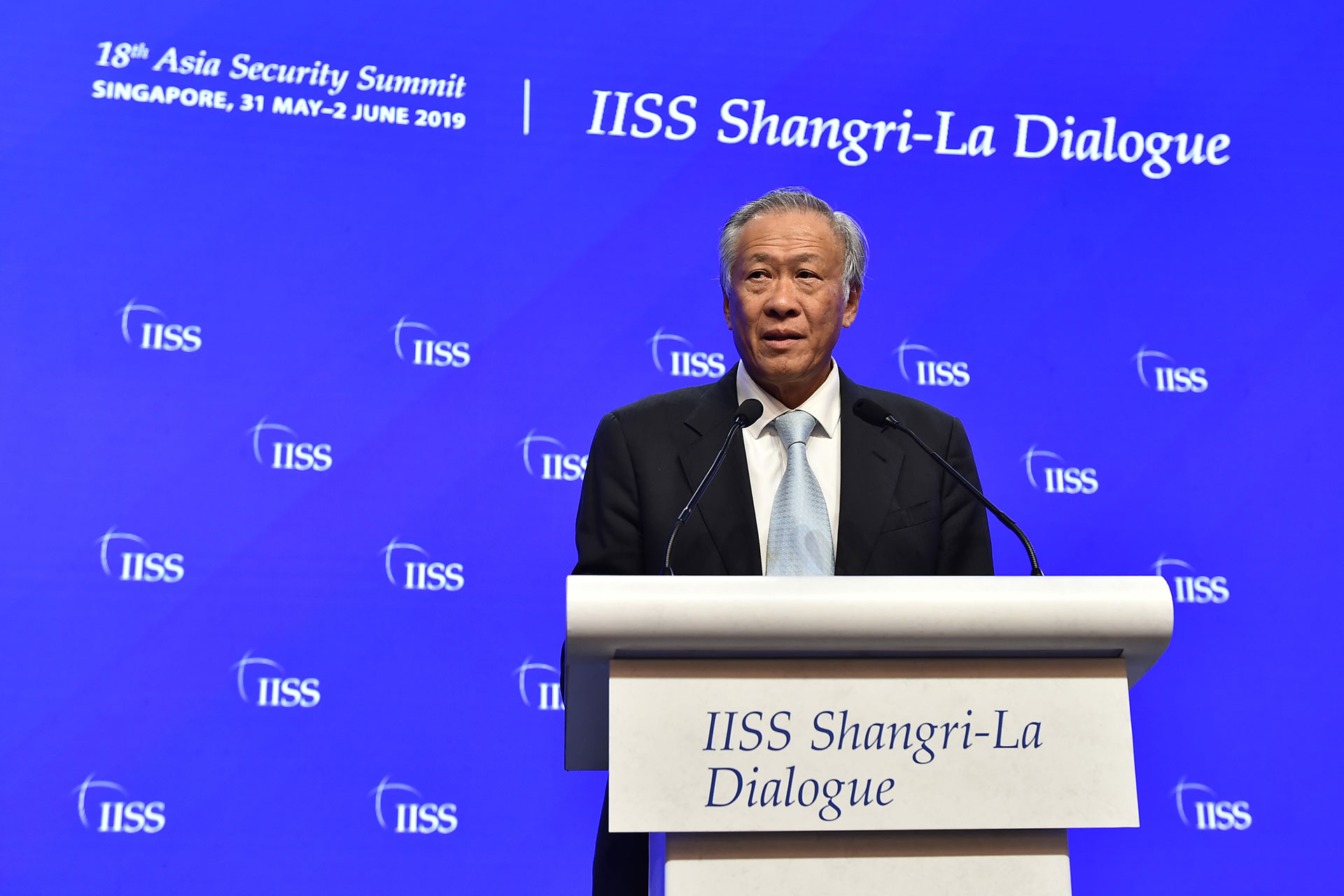 Minister for Defence Dr Ng Eng Hen speaking at the sixth plenary session on the topic - "Ensuring a Resilient and Stable Region", at the 18th Shangri-La Dialogue earlier today.

In his speech, Dr Ng underscored the role that the SLD has played in fostering consensus, collaboration and dialogue on building "a stable, progressive and inclusive region" over the last 18 years.

Dr Ng also touched on tensions between the United States (US) and China on the trade, security and technology fronts. He highlighted that the US-China relationship is pivotal and a constructive relationship between the two major powers is crucial for regional stability and prosperity. He warned of the risks arising from an outright rivalry between the two leading economies and militaries of the world, which could divide the region. While competition between the US and China is likely to continue, he urged both countries to uphold the multilateral rules-based order, and to work with like-minded partners to build an inclusive regional architecture for the collective benefit of all.

Dr Ng also hosted a Ministerial Roundtable after speaking at the plenary.

Speech by Minister for Defence, Dr Ng Eng Hen, at the 6th Plenary on "Ensuring a Resilient and Stable Region"