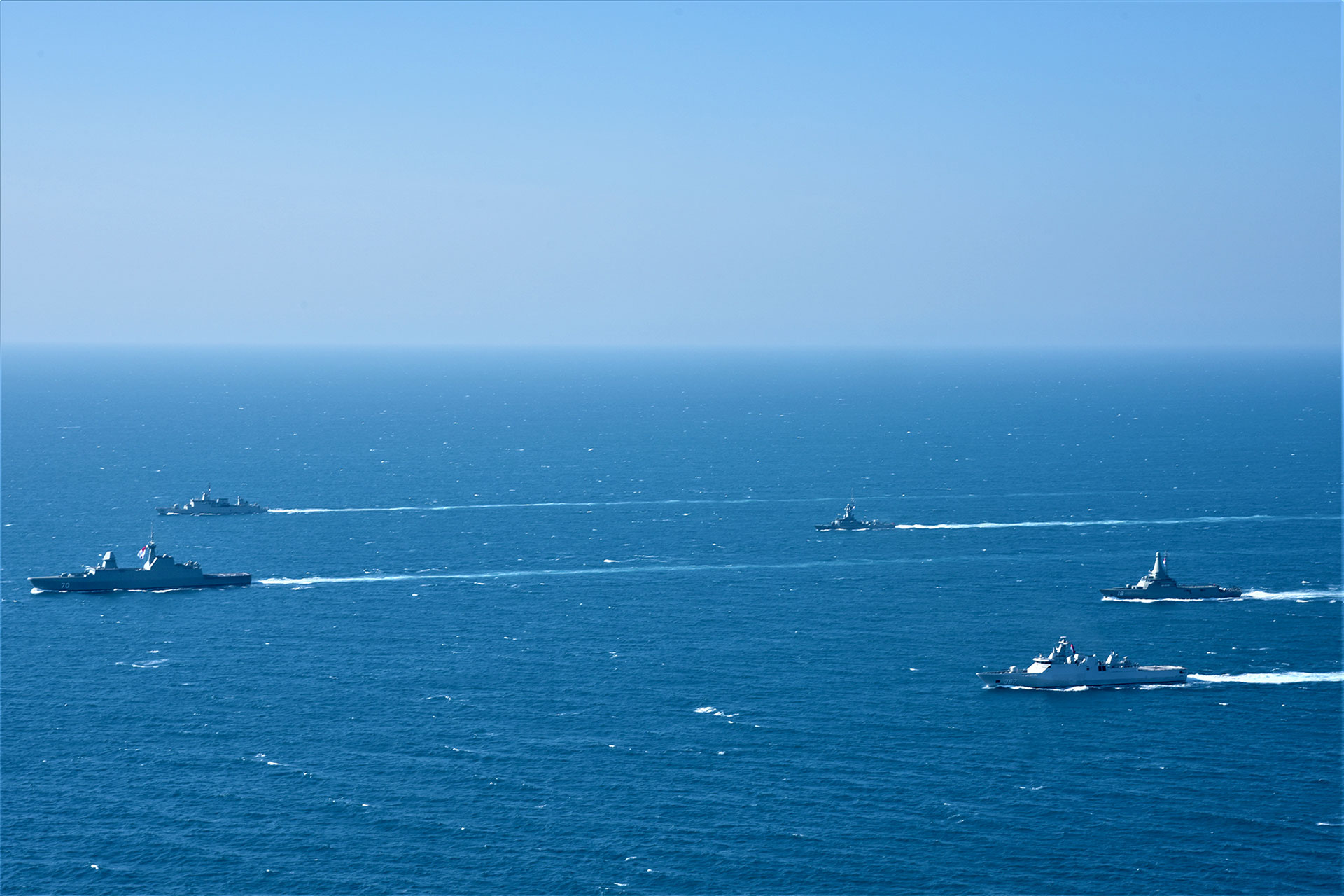 RSN and TNI AL personnel doing final coordination for the sea phase of the exercise.

The Republic of Singapore Navy (RSN) and the Indonesian Navy (TNI AL) are conducting the 25th edition of Exercise Eagle Indopura from 18 to 25 July. The exercise is conducted in three phases – the harbour phase in Surabaya, Indonesia; the sea phase in the Java Sea, Karimata Strait and Singapore Strait enroute to Singapore; and culminating in the post-exercise shore phase in Singapore. The RSN deployed a Formidable-class Frigate RSS Steadfast, a Victory-class Missile Corvette RSS Vigour, and an Independence-class Littoral Mission Vessel RSS Justice for the exercise. The TNI AL participated with a Diponegoro-class Frigate KRI Sultan Iskandar Muda, a Fatahillah-class Missile Corvette KRI Fatahillah and a CN-235 Maritime Patrol Aircraft.

RSN Fleet Commander Rear-Admiral (RADM) Aaron Beng and TNI AL Second Fleet Commander RADM Mintoro Yulianto officiated at the opening ceremony of the exercise on 18 July in Surabaya. Speaking at the ceremony, RADM Beng highlighted the continued need for both navies to work together to protect the key maritime trade routes between Singapore and Indonesia. He said, "The RSN and TNI AL have a long and deep history of cooperation. I am certain that we will continue to grow and deepen these bilateral interactions in the years to come. This will enable both our navies to cooperate and tackle future challenges." A commemorative dinner organised by both navies was also held on the same day of the opening ceremony to mark the 25th edition of Exercise Eagle Indopura.

For the sea phase of the exercise, both navies executed a series of advanced anti-surface and anti-air naval warfare serials. They also conducted maritime security drills, where they collaborated to disrupt a simulated terrorist attack on commercial shipping transiting through the Singapore Strait. This was in response to alerts of the simulated terrorist threat via the RSN's Information Fusion Centre Real-time Information-sharing System (IRIS), a web-based system for information sharing and sense-making.

Held since 1974, Exercise Eagle Indopura is the Singapore Armed Forces' longest-running bilateral exercise with a foreign military. The RSN and TNI AL conduct regular professional exchanges, exercises and port calls, and also collaborate through the multilateral Malacca Straits Patrol and other activities including socio-civic programmes. These regular interactions have enhanced the close ties and mutual understanding between the personnel of both navies.