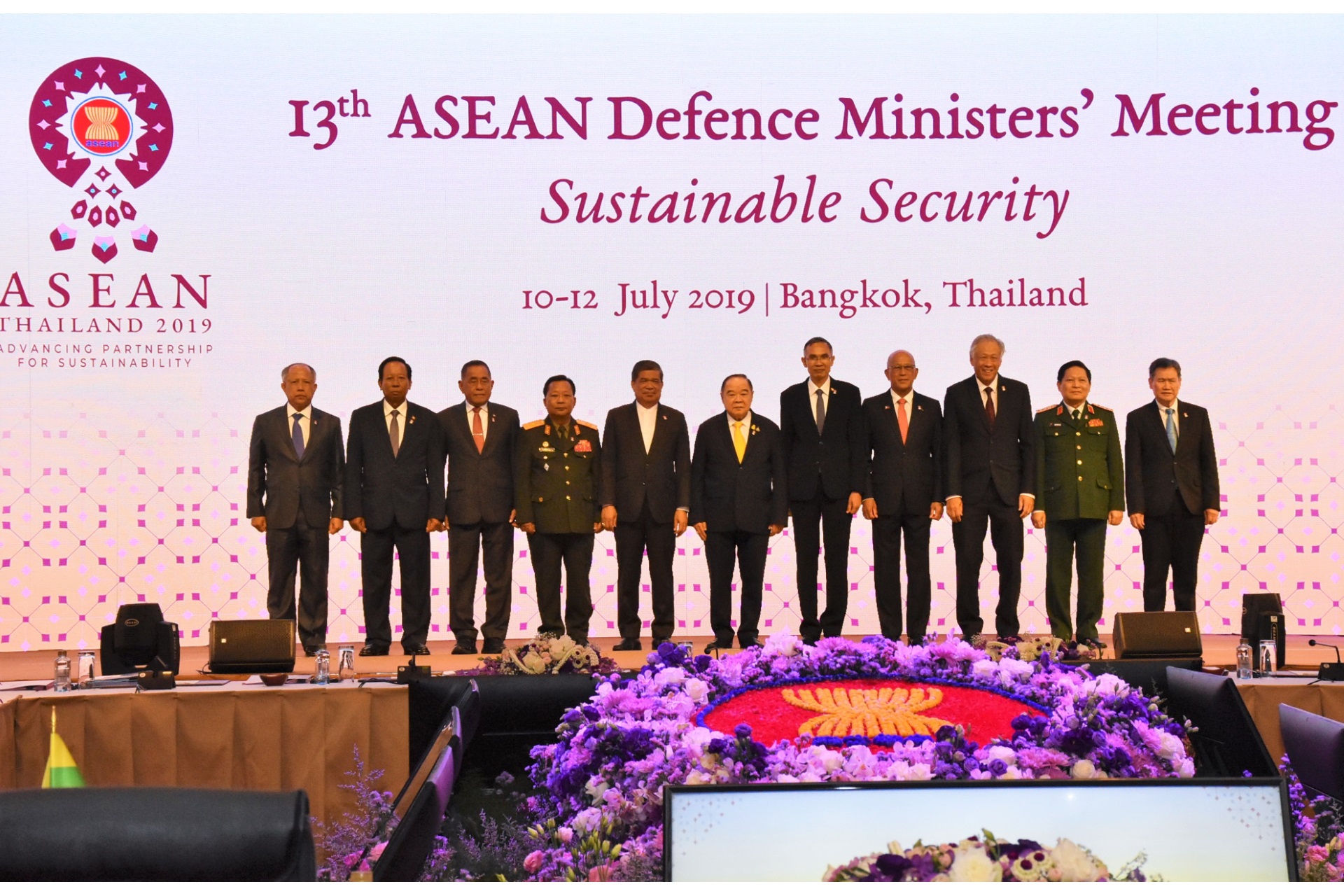 Dr Ng meeting with Thailand Deputy Prime Minister and Minister of Defence GEN Prawit Wongsuwan on the sidelines of the 13th ADMM.

During the 13th ADMM, the ASEAN Defence Ministers exchanged views on regional security challenges and discussed the need to deepen cooperation to address shared challenges. Dr Ng and the other Ministers also signed the 13th ADMM Joint Declaration on Sustainable Security. The declaration, which underscored ASEAN countries' commitment to promote sustainable security cooperation, upheld the ADMM and ADMM-Plus as important platforms for strategic dialogue on defence and security cooperation and in delivering concrete outcomes for the region.

The Ministers further acknowledged the importance of initiatives adopted by the ADMM in recent years towards strengthening regional peace and security. These include confidence-building measures that enhance information sharing and help reduce the risk of miscalculations. Initiatives adopted included the Terms of Reference for the ASEAN Our Eyes initiative, a collaborative platform for information exchange; and the Guidelines for Maritime Interaction, an initiative to facilitate the peaceful management of tensions that could arise at sea. The meeting also agreed to expand the ASEAN Direct Communications Infrastructure (ADI), first adopted in 2014, to the ADMM-Plus countries.

Commending the good progress of ASEAN since its inception, Dr Ng said, "Over the years, we have been coming up with more initiatives and that is a good sign… the overall picture is that this is a security grouping that is dealing with challenges that individual countries or all countries face and then over the years promulgating measures to deal with them, and I think that is a very good sign for ASEAN."

The ASEAN Defence Ministers also jointly called on Thailand Prime Minister General (GEN) Prayut Chan-o-cha. In addition, Dr Ng met with Thailand Deputy Prime Minister and Minister of Defence GEN Prawit Wongsuwan on the sidelines of the 13th ADMM. During their meeting, both parties reaffirmed the close and long-standing bilateral defence relations between Singapore and Thailand.

The ADMM Retreat and the 6th ADMM-Plus meeting, which will be attended by ASEAN Defence Ministers as well as defence ministers from the ADMM-Plus countries, namely Australia, China, India, Japan, New Zealand, the Republic of Korea, the Russian Federation, and the United States, will be held later in the year.