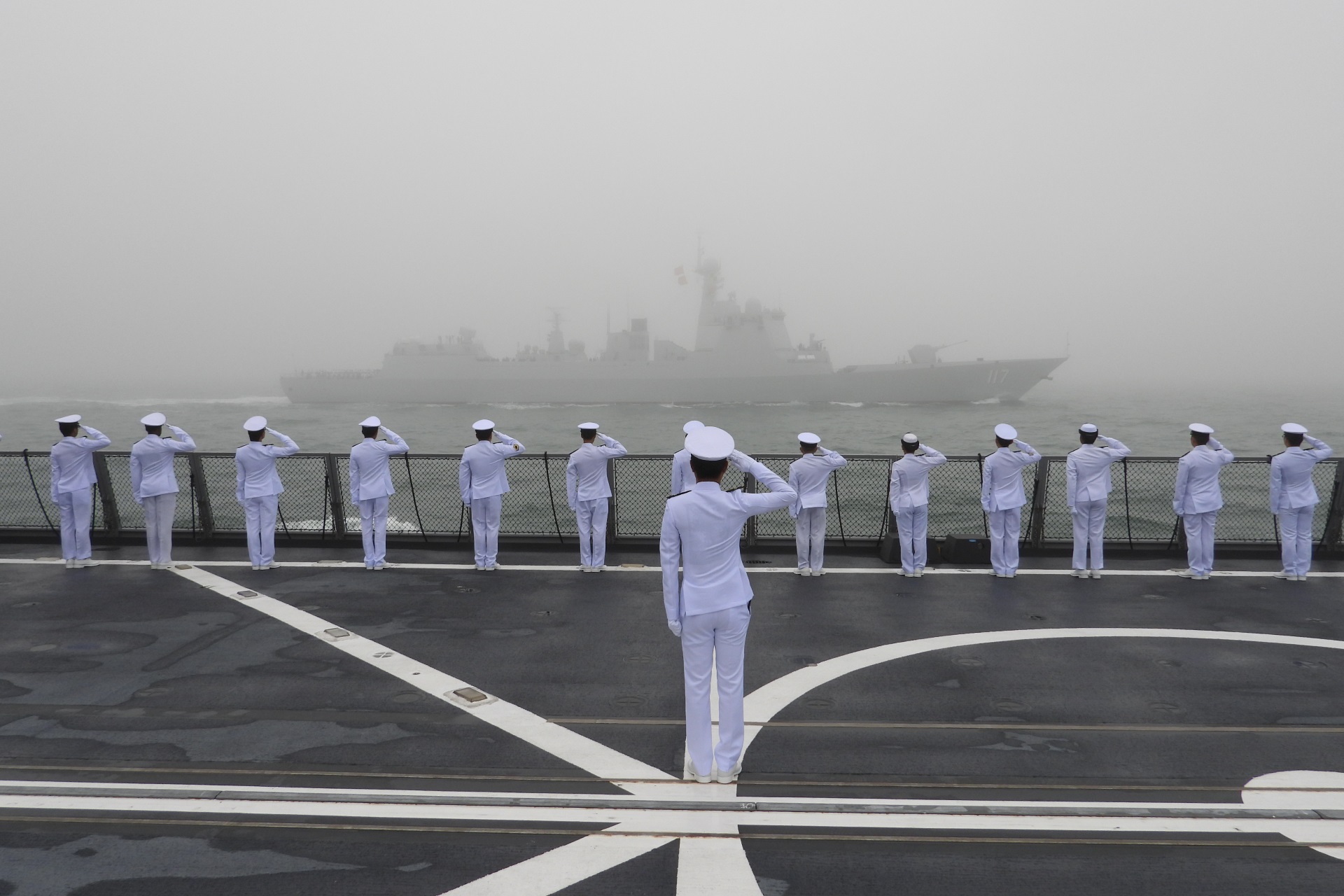 The Republic of Singapore Navy (RSN)'s Formidable-class Frigate RSS Stalwart joined 49 other ships and 39 aircraft from China and 12 other countries[1] to participate in the People's Liberation Army Navy (PLAN)'s 70th anniversary celebrations held in Qingdao Naval Base, China, from 22 to 25 April.

RSS Stalwart was part of the sail past reviewed by the People's Republic of China President Xi Jinping earlier today. The International Fleet Review (IFR) comprised ships from 14 countries. Congratulating the PLAN on its 70th anniversary, Commanding Officer of RSS Stalwart Lieutenant Colonel Aaron Li said, "RSS Stalwart is happy to be here in Qingdao to represent the RSN to join the PLAN in their 70th anniversary celebrations. We are happy to be here to celebrate this important milestone of the PLAN. Last year, we participated in, and co-led the inaugural ASEAN-China Maritime Exercise. The exercise was successful, and it was a useful platform for us to build mutual understanding and promote practical cooperation in areas of maritime interest and security." Chief of Navy Rear-Admiral Lew Chuen Hong and other senior RSN officers were also present at the IFR to commemorate the 70th anniversary of the founding of the PLAN.

Held in conjunction with the IFR, the PLAN is also organising a high level symposium from 24 to 25 April for the participating navies to discuss maritime security issues. Rear-Admiral Lew will be moderating the panel discussion on "Jointly Dealing with Maritime Threats and Challenges – the Practices and Contributions of Navies".

Following the IFR, RSS Stalwart will participate in the Southeast Asia-China Maritime Exercise 2019 on 26 April, held in the waters off Qingdao. The maritime exercise will involve ships from seven countries[2] and comprise various serials such as joint rescue operations, and communications and manoeuvring exercises.

Singapore and China share a warm and friendly defence relationship, which has progressed steadily over the years. The Singapore Armed Forces and the People's Liberation Army interact regularly through port calls, bilateral exercises, exchanges of visits, and cross-attendance of courses.

[2] In addition to China, the six countries with participating ships in the maritime exercise are Brunei, Myanmar, Philippines, Singapore, Thailand and Vietnam.