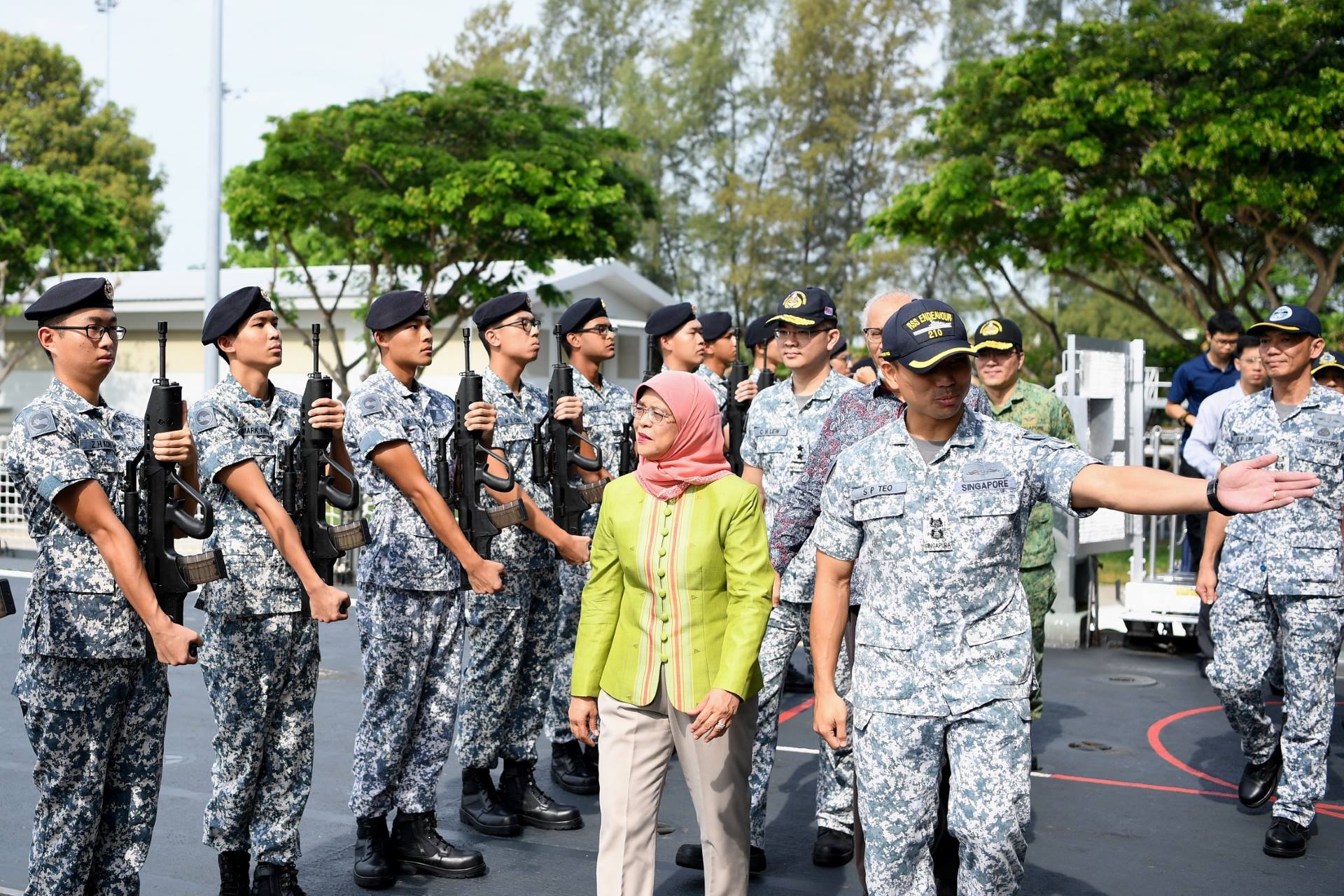 President Halimah Yacob inspecting a Line of Honour as she boards the Republic of Singapore Navy's (RSN) RSS <i>Endeavour</i>, during her visit to RSS <i>Singapura</i> – Changi Naval Base this morning. 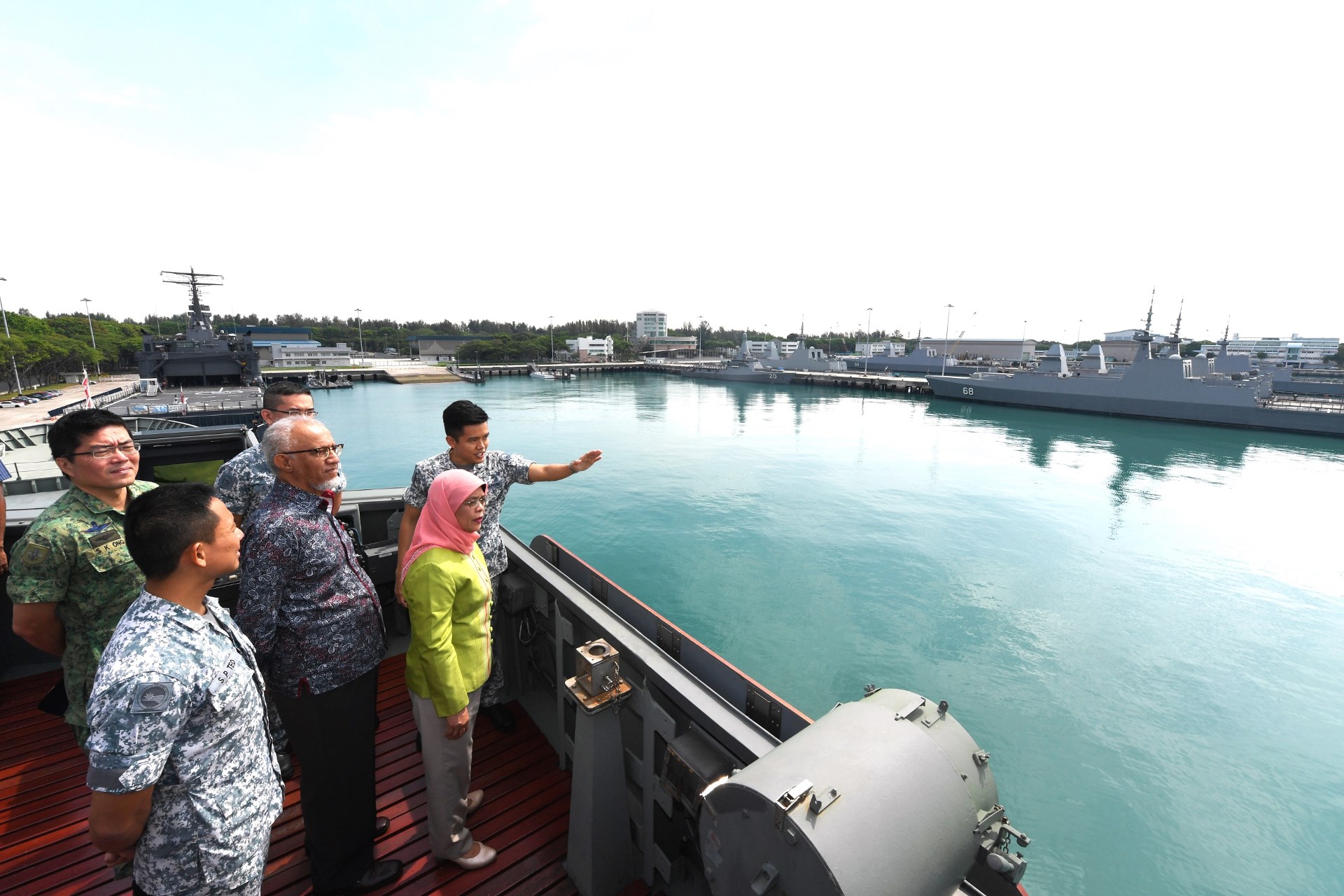 President Halimah receiving a brief on the RSN's capabilities with a bird's eye view of the other RSN assets from the bridge wing of the RSS <i>Endeavour</i>. 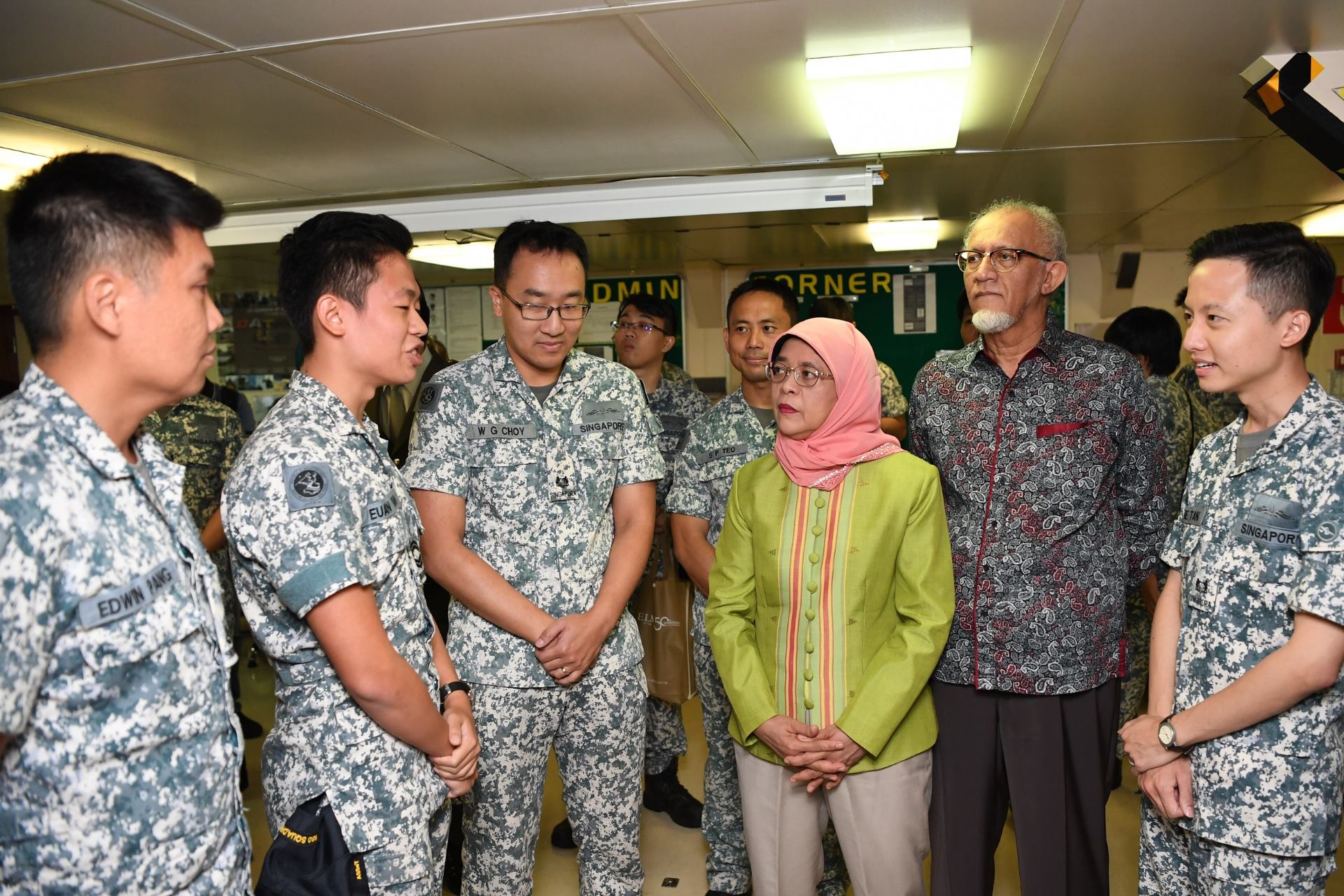 President Halimah interacting with RSN personnel on board RSS <i>Endeavour</i>. 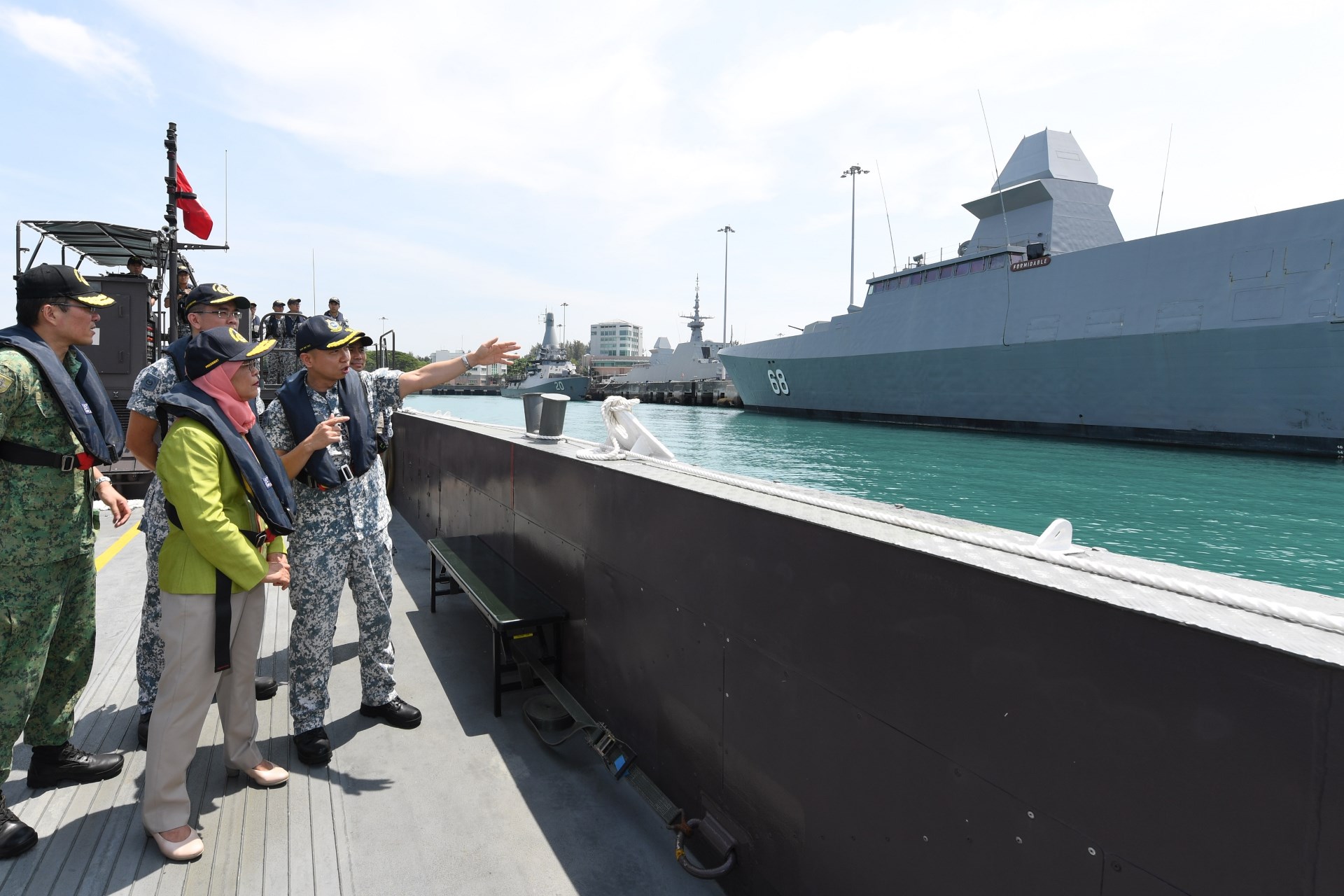 President Halimah touring the naval base from the Fast Craft Utility.

President Halimah Yacob visited the Republic of Singapore Navy (RSN)'s RSS Singapura – Changi Naval Base this morning. During the visit, Madam Halimah visited the RSN's Endurance-class Landing Ship Tank RSS Endeavour, and toured the naval base on a Fast Craft Utility. She also received a brief on the RSN's capabilities, operations that the RSN had been deployed for, and how the RSN's warships protect Singapore's waters and its sea lines of communication. Madam Halimah was hosted by Chief of Navy, Rear-Admiral Lew Chuen Hong, with Chief of Defence Force Lieutenant-General Melvyn Ong, in attendance.

During her interactions with RSN personnel, Madam Halimah commended their vigilance, dedication, and commitment to our nation's defence. She emphasised the importance of the RSN to Singapore's peace and prosperity by protecting our sea lines of communication and safeguarding our maritime security. RSN personnel also shared their experiences participating in various exercises and overseas missions. These included maritime security operations for large-scale events like the Trump-Kim Singapore Summit, counter-piracy operations in the Gulf of Aden, and humanitarian assistance and disaster relief missions.

Madam Halimah also conveyed her appreciation to the RSN for raising funds to help those who are less fortunate. As part of the President's Challenge, the RSN raises funds for charitable organisations adopted by the RSN through the annual RSN Charity Heartstrings initiative. Madam Halimah witnessed Fleet Commander Colonel Aaron Beng presenting a cheque to the President's Challenge Secretariat, Ms Ivy Fong, from monies raised this year.