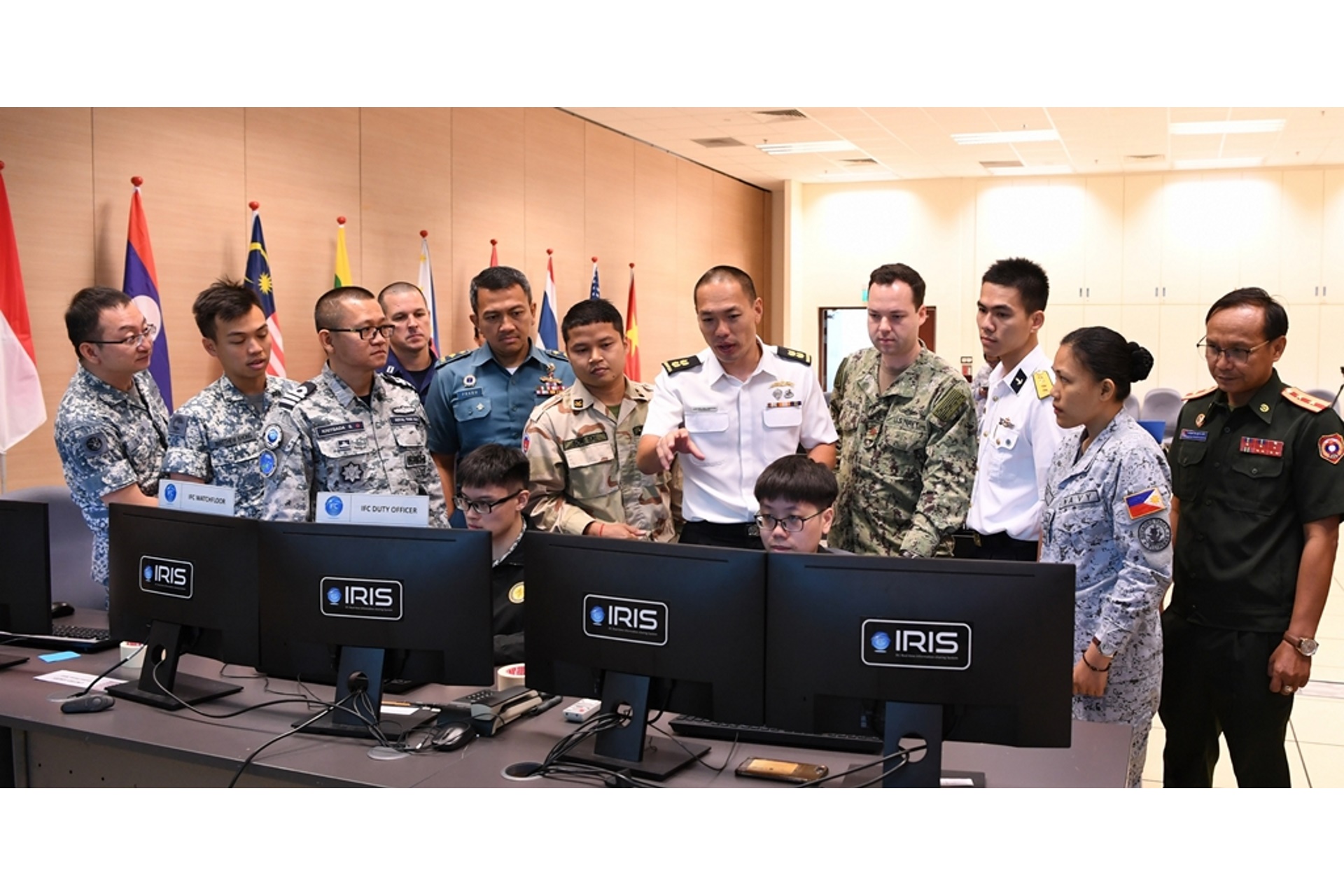 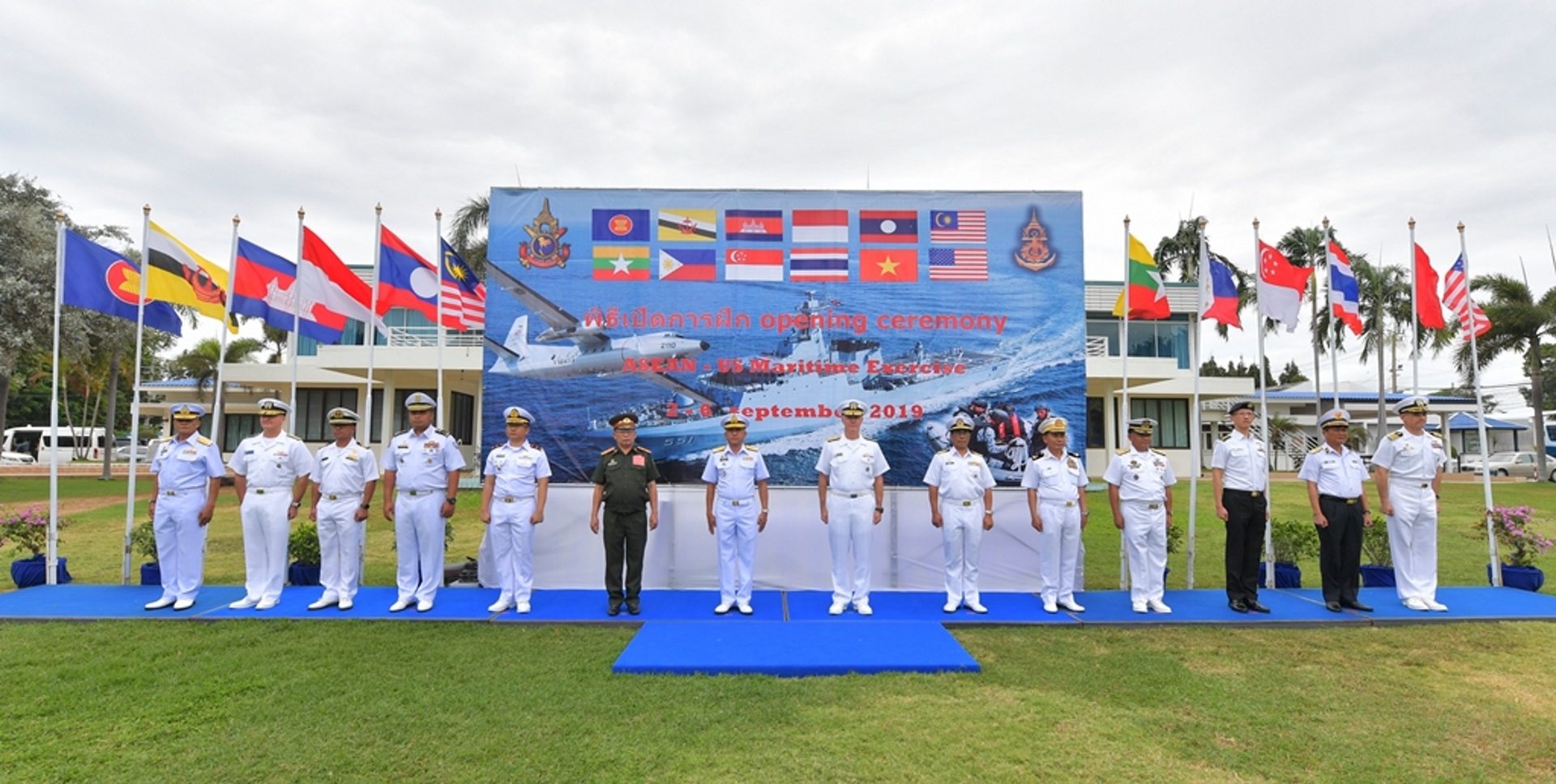 ASEAN member states and US delegates at the opening ceremony of the inaugural AUMX in Sattahip, Thailand. 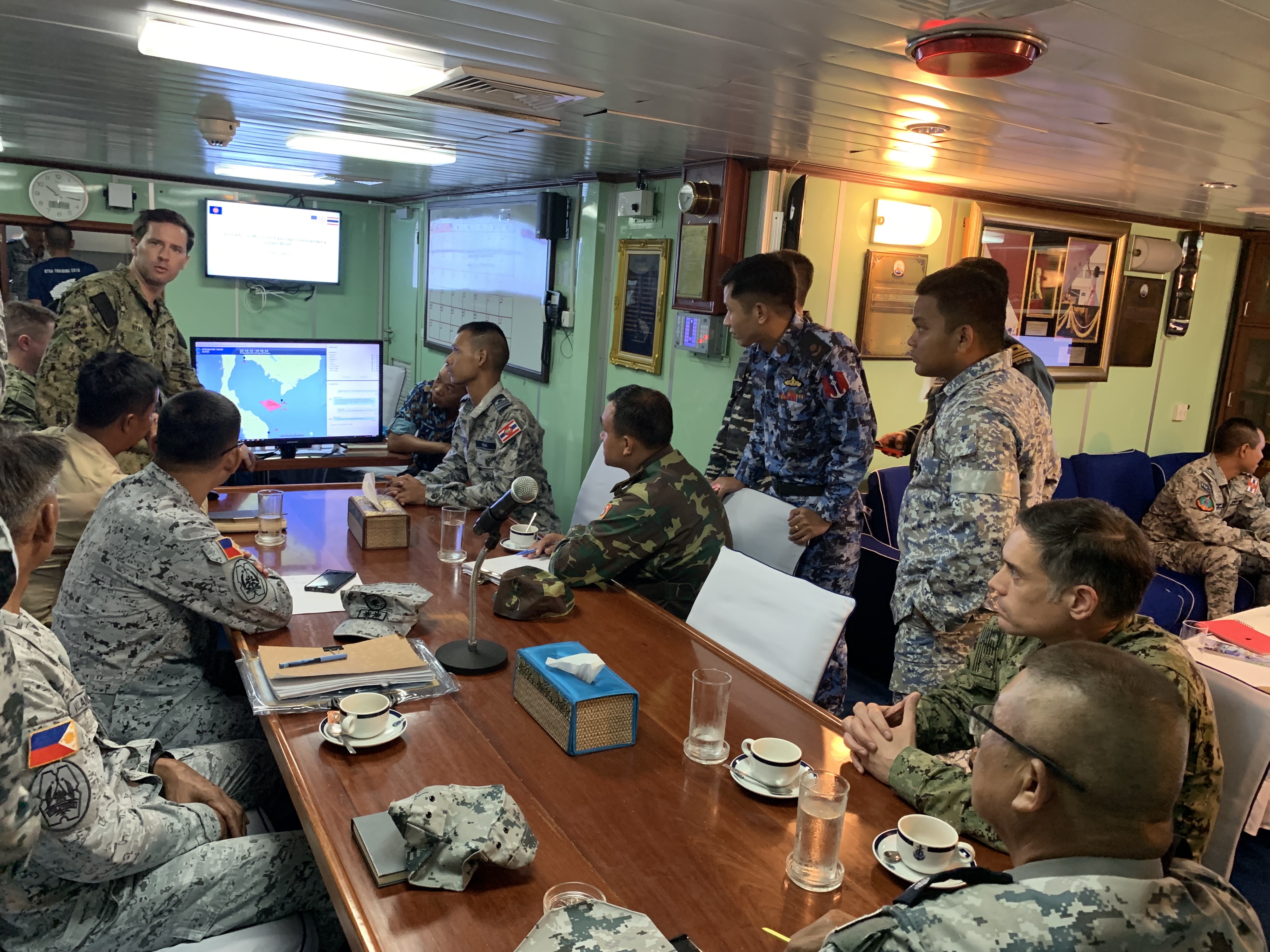 Multinational exercise planners using the IRIS on board HTMS Krabi during AUMX. 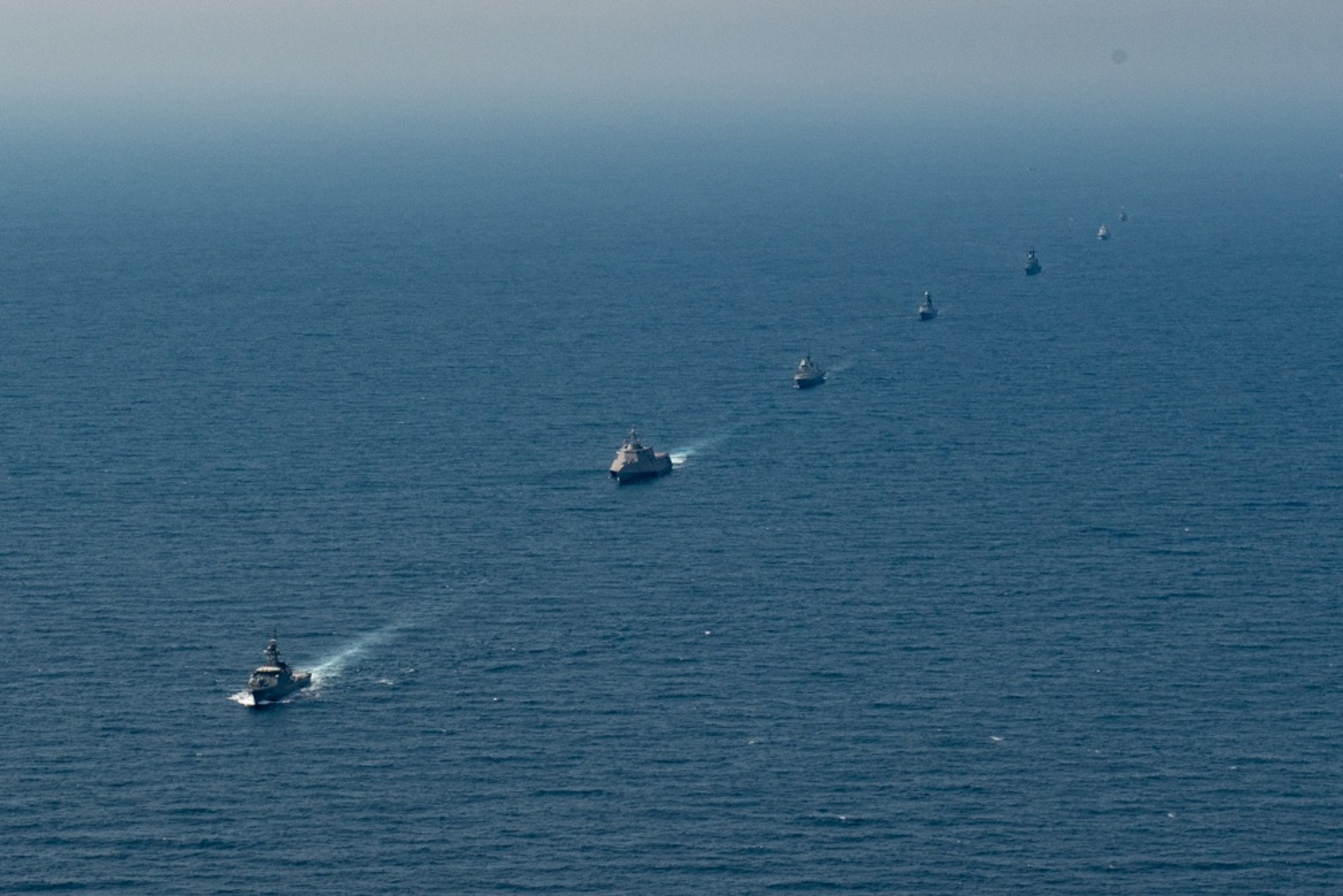 Ships from the participating navies sailing in formation during the AUMX.

The Republic of Singapore Navy (RSN)'s Formidable-class frigate, RSS Tenacious, is participating in the ASEAN-US Maritime Exercise, which is conducted from 2 to 6 September 2019. Under Singapore's 2018 Chairmanship of the ASEAN Defence Ministers' Meeting (ADMM), the 12th ADMM had agreed to the conduct of the joint maritime exercise this year. The exercise involves more than 1,000 personnel and eight ships[1] from ASEAN countries and the US, and will be held in the Gulf of Thailand.

During the exercise, the participating navies will work together to simulate identifying and locating vessels that are suspected to be conducting illegal activities. Upon location of the suspicious vessels, boarding teams from the various navies will conduct search and seizure operations. The conduct of the exercise is supported by the RSN's Information Fusion Centre Real-time Information-sharing System (IRIS), a web-based information-sharing system designed to enable rapid collaboration for maritime security. The RSN's IRIS was launched during the Information Fusion Centre's 10th anniversary in May 2019.

Following this morning's opening ceremony, Commander of First Flotilla and Commanding Officer of 185 Squadron from the RSN, Colonel Lim Yu Chuan, said, "The exercise is a useful platform for the navies of ASEAN member states to engage with the United States Navy to strengthen practical cooperation, enhance understanding and build confidence, by working together to deal with maritime incidents at sea. It is important for navies to cooperate with each other to protect the key maritime trade routes and work towards safer seas for all."

While en route to the Gulf of Thailand, RSS Tenacious also conducted a series of drills with ships from Myanmar and the United States as they sailed from Singapore. This included helicopter cross-deck landings, manoeuvring exercises and communication exchanges.

Singapore's participation in the exercise also reaffirms the excellent and long-standing defence relationship between Singapore and the US, and Singapore's long-standing support for US' engagement of the region.

[1] Participating ships are from Brunei, Myanmar, the Philippines, Singapore, Thailand, Vietnam and the United States.