Senior Minister of State for Defence Mr Heng Chee How and navy chiefs giving a toast at the international warship cocktail reception on board the Republic of Singapore Navy’s Endurance-class Landing Ship Tank RSS Persistence. 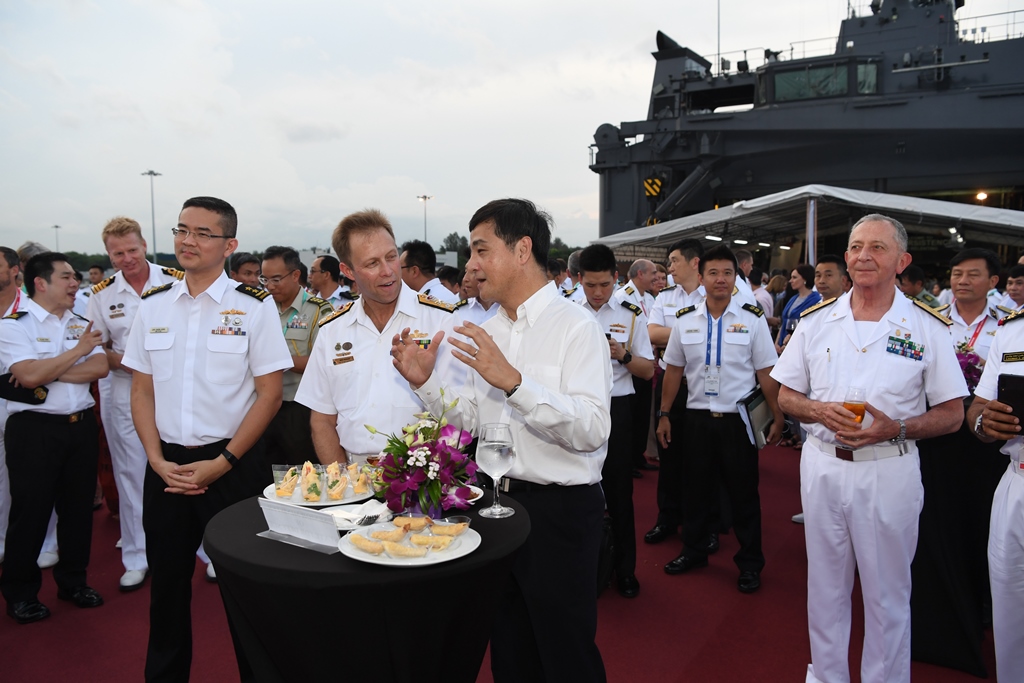 Mr Heng interacting with navy chiefs while observing cultural performances by the various navies during the cocktail reception. Senior Minister of State for Defence Mr Heng Chee How was the Guest of Honour at the international warship cocktail reception held at RSS Singapura – Changi Naval Base this evening. Mr Heng joined navy chiefs, coast guard directors-general and representatives from more than 40 countries for the reception on board the Republic of Singapore Navy’s Endurance-class Landing Ship Tank RSS Persistence.

Speaking at the event, Mr Heng underscored the importance of bringing maritime stakeholders together to build mutual understanding and to strengthen friendships for better communication. He said, "We are facing many kinds of tensions in the world today, and the best way to achieve stability and to overcome some of the potential risks brought about by this tension is to do our best to strengthen multilateral platforms and multilateral understanding… It is in the exchange of views that you achieve better mutual understanding, and I think that continues to be one of the value-add of a conference and an exhibition such as IMDEX."

Mr Heng observed cultural performances by the various navies during the cocktail reception. He also witnessed the sunset ceremony, a naval tradition during which sailors mark the end of a day. Mr Heng was accompanied by Chief of Navy Rear-Admiral Lew Chuen Hong and other officials from the Ministry of Defence and Singapore Armed Forces.