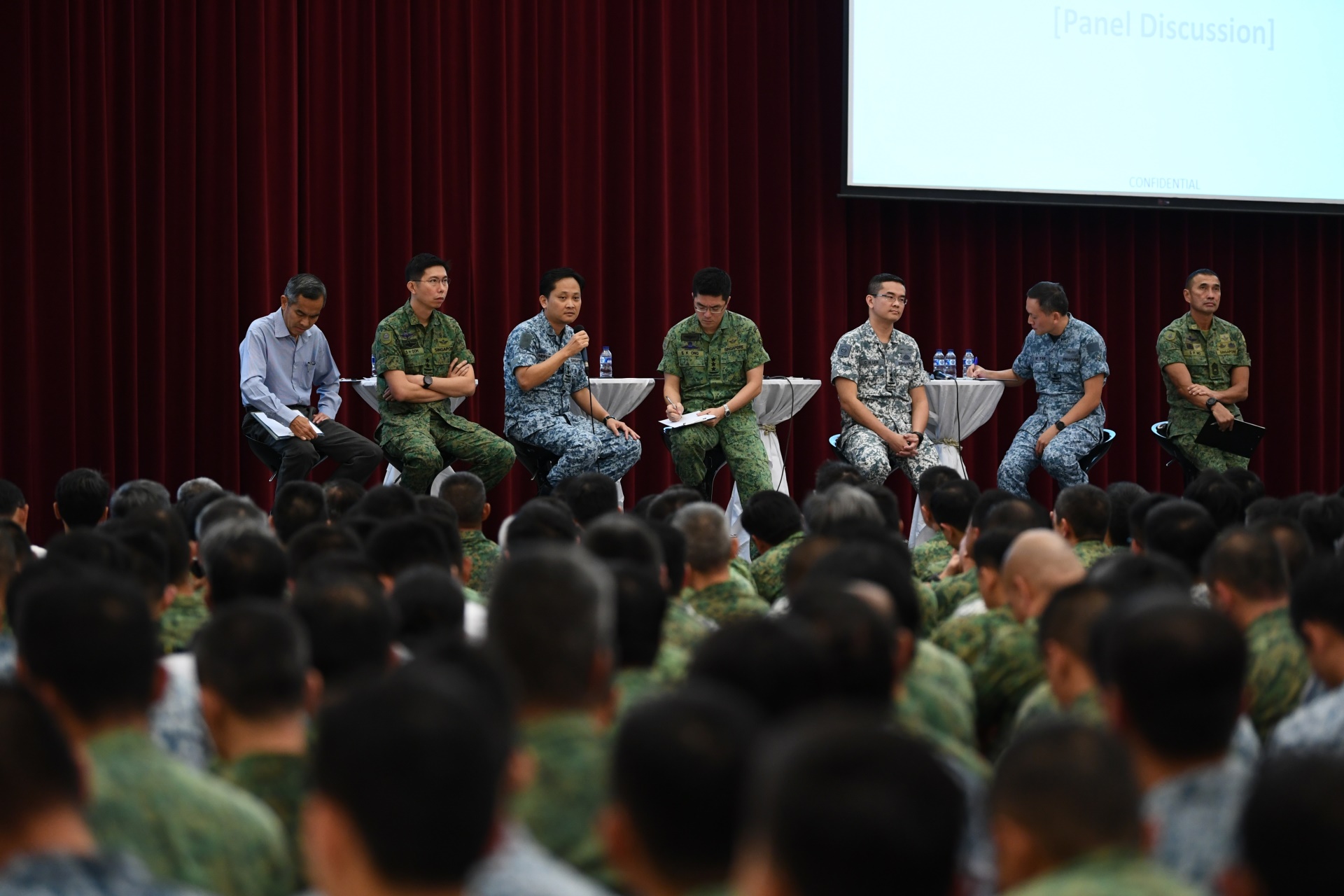 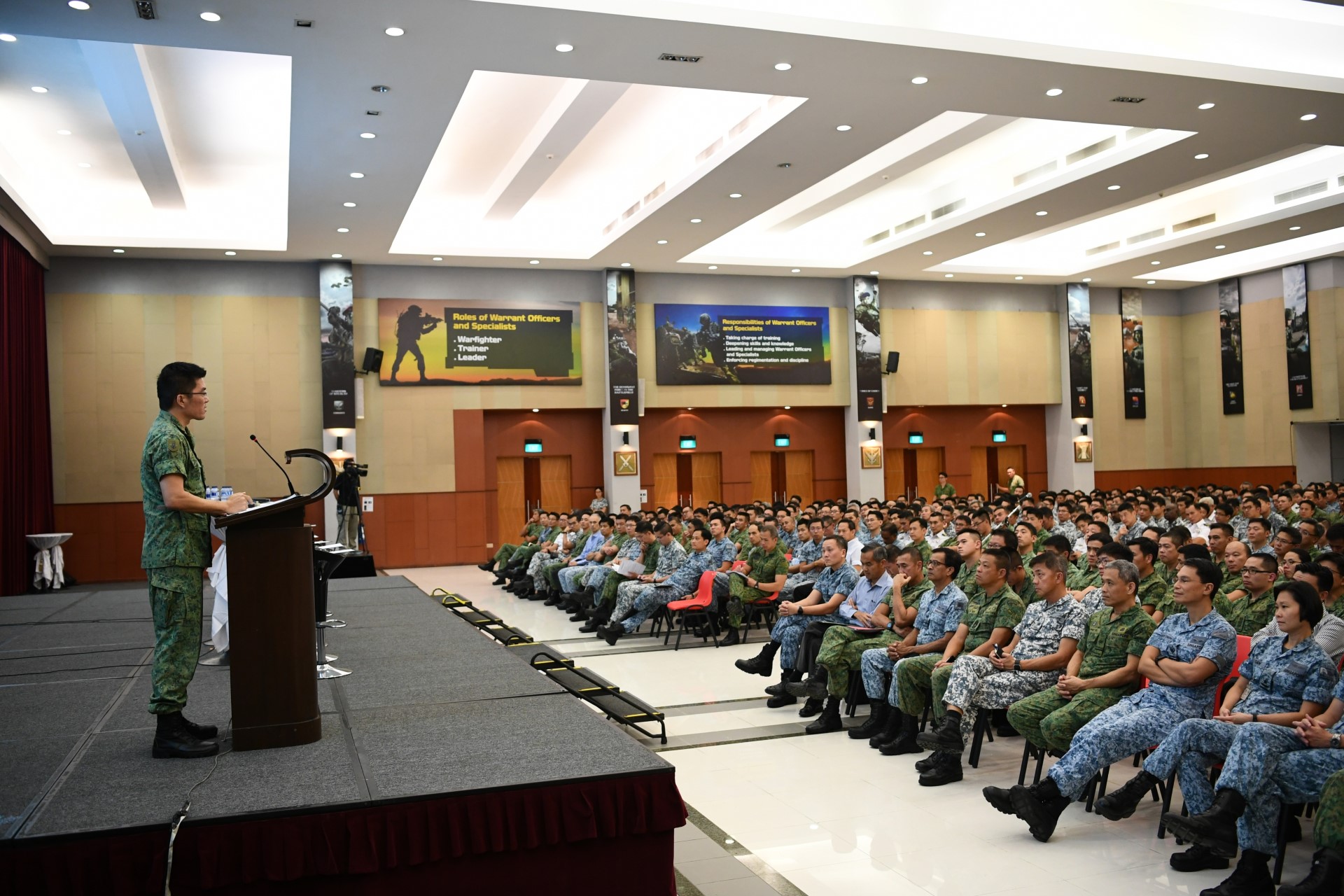 The Chief of Defence Force (CDF) Lieutenant-General (LG) Melvyn Ong met 750 Active and Operationally Ready National Service (NS) commanders today, where he shared plans to strengthen all-round the Singapore Armed Forces (SAF)'s safety system to make training safer for all SAF servicemen. With training tempo reduced for the next few months, all units across the SAF will do a comprehensive review of their training programmes with the aim of reducing training risk for all servicemen. The reduction of training tempo will also free up capacity for units to allocate more time to prepare for, execute, and learn from each training activity.

LG Ong stressed in no uncertain terms that units can only be operationally effective if they have high safety standards, with the right culture and mindset of zero tolerance for unsafe practices. He called for all servicemen to adopt a "zero accident" mindset, where people go about their daily tasks with alertness and mindfulness, in order to "do things right the first time, every time". LG Ong strongly emphasised that each commander must drive safety as the topmost priority in their units. They will be held accountable and the well-being of their men is just as important as how well their units perform in exercises and training. Commanders also need to train every soldier to watch over his own safety and that of his buddies. CDF and the Service Chiefs, together with commanders at all levels, will personally conduct more visits to the ground to ensure that training in SAF units is safe.

LG Ong said: "Safety is a command responsibility. Commanders answer for the training and safety of their men. To do so, commanders have to be fully committed and personally and intimately involved in their unit's training, operations, and safety. The reduction in training tempo will allow us commanders to take stock, re-orientate, and give full attention to this."

LG Ong also announced that an Inspector-General's Office will be set up to support the CDF in ensuring that command emphasis on safety is consistently applied across all Services and units. This Office will have the full authority to scrutinise and enforce safety processes and practices at all levels of the SAF.

Speaking to the media after the gathering, Chief of Army Major-General Goh Si Hou said that as part of the Army's effort to strengthen safety management structures on the ground, the Army will be expanding the number of safety inspection teams and full-time safety officers to conduct checks and audits on units' safety systems. He added that following the incident with the Singapore Self-Propelled Howitzer, a safety time-out was put in place to allow the Army to review its safety processes until 7 February. Commanders have asked soldiers to actively provide feedback and work together to identify areas of safety enhancements. Soldiers are also encouraged to report unsafe practices to their commanders or to the Army Safety Hotline. The Army has also decided that the safety time-out will only be progressively lifted after 7 February. All Army units will be allowed to resume basic types of training such as physical fitness training, small arms live-firing, Individual Physical Proficiency Test (IPPT) and IPPT Preparatory Training (IPT) for Operationally Ready National Servicemen (NSmen) – with effect from 7 February.

The meeting of all SAF commanders, known as a "Command Call", was also attended by Chief of Air Force Major-General Mervyn Tan, Chief of Navy Rear-Admiral Lew Chuen Hong and all senior commanders of the SAF.