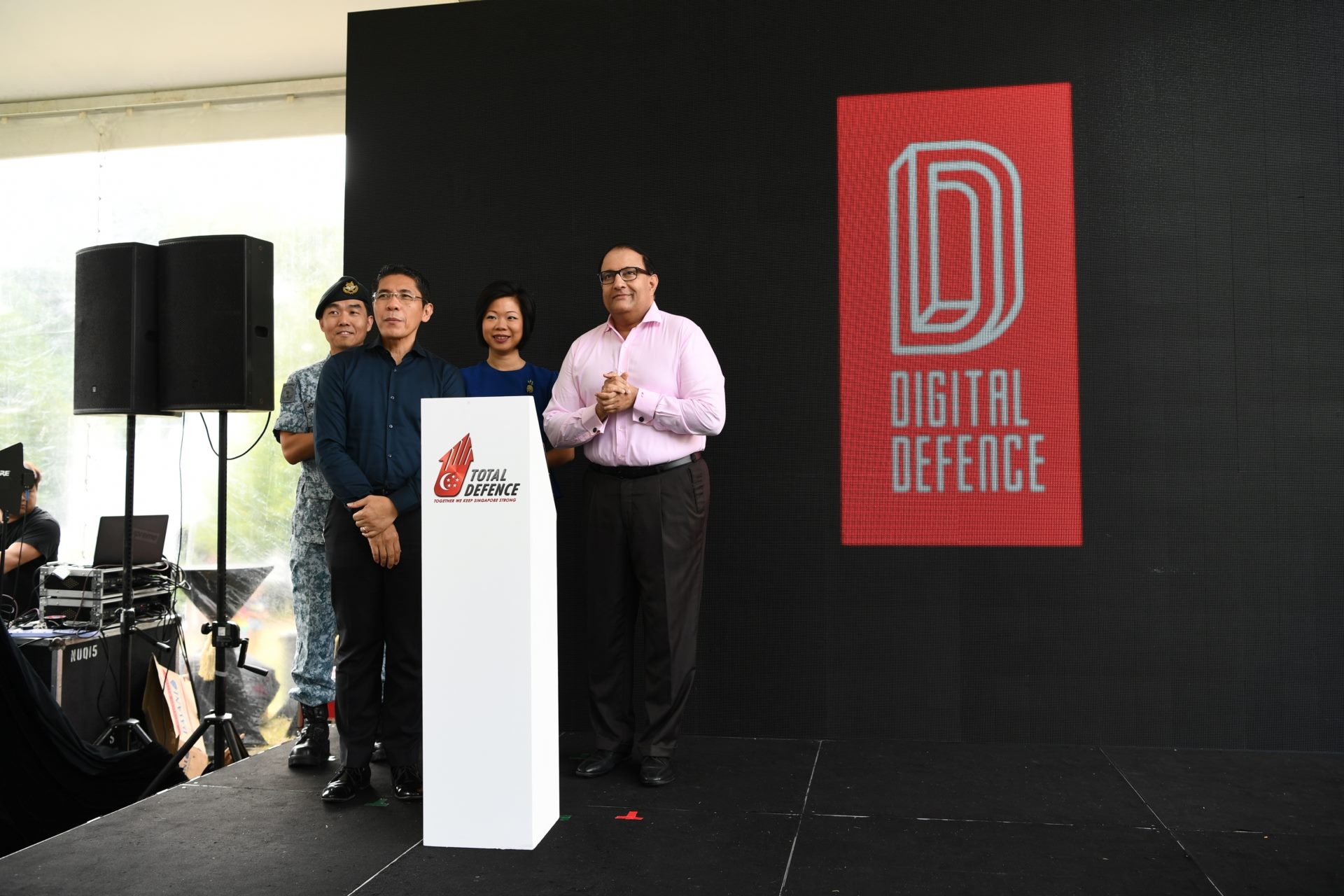 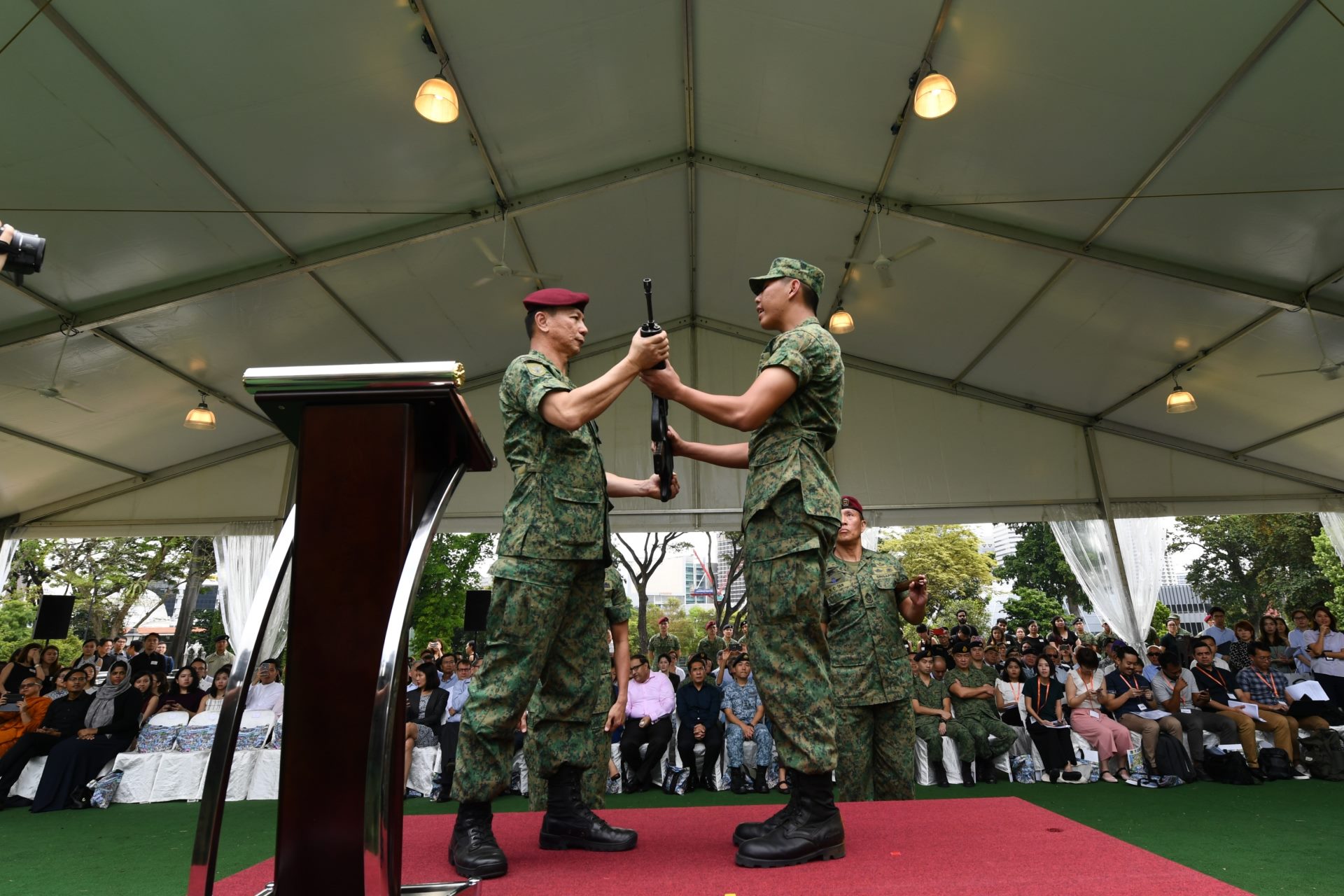 Announcing the launch of Digital Defence, Mr S Iswaran said, "We are an open and connected city-state. Our very survival depends on having the infrastructure for global connectivity. The same connectivity can also render us vulnerable to threats from the digital domain. Malicious cyberattacks can debilitate entire systems, disrupt people's daily lives, and even lead to injury and death. Hostile information campaigns and spread of falsehoods can sow seeds of distrust in our community and weaken social cohesion. We must arm ourselves with new instincts and skills to defend ourselves against these new threats in the digital age."

Mr S Iswaran added, "Our vision is for Singapore to be a vibrant Smart Nation. To that end, we are creating opportunities in the Digital Economy for our businesses and people. We are transforming into a Digital Government to deliver better services to citizens and companies. We are also strengthening the Digital Readiness of Singaporeans, so that all of us can share in the benefits and opportunities afforded by technology. Whether we succeed or fail in this important endeavour will depend critically on whether we also have a strong Digital Defence in place."

The Ministry of Communications and Information (MCI) and the Ministry of Defence (MINDEF) also launched the new Digital Defence campaign logo and the tagline "Be Secure, Alert, and Responsible Online". In support of efforts to strengthen Digital Defence and raise awareness of digital threats to the community, the Infocomm Media Development Authority (IMDA) launched "Lab on Wheels', a new Cyber Security themed experience. Starting from February 2019, this roving bus will visit schools, communities, and allow visitors to role-play as interns in Critical Infrastructure Companies. Through a series of challenges, visitors can also learn about how having strong passwords and encryption can enhance personal digital defences. Visitors can also experience how vulnerable they are to hackers plotting cyber-attacks and identity thefts. Other upcoming public education initiatives on Digital Defence include a "Prove It!" Contest organised by the National Library Board (NLB) and Nexus for secondary school students, where participants will get to apply research, critical thinking and fact checking skills to various challenges.

The Total Defence Day Commemoration Event, organised annually by MINDEF, included a Remembrance Ceremony in memory of those who fell during the Japanese Occupation, and a Weapon Presentation Ceremony for the recruits from the Commando Training Institute. Speaking to the media, Dr Maliki said, "It was in a bunker in this hill that the British made the decision to surrender Singapore to the Japanese in 1942. This makes it even more significant that our Commando recruits received their weapons here today at Fort Canning Hill and pledged their commitment to defend Singapore. Commemorated annually on 15 February, Total Defence Day marks the day that Singapore fell to the Japanese in 1942 during World War II. Total Defence Day reminds us what could happen if we ourselves cannot defend Singapore, and do not strengthen our resolve to keep Singapore safe and sovereign. As we commemorate the Singapore Bicentennial, we must remember that it is only with our self-determination that we can remain sovereign and strong for the next 200 years."

Fact Sheet: Evolution and History of Total Defence over the past 35 years